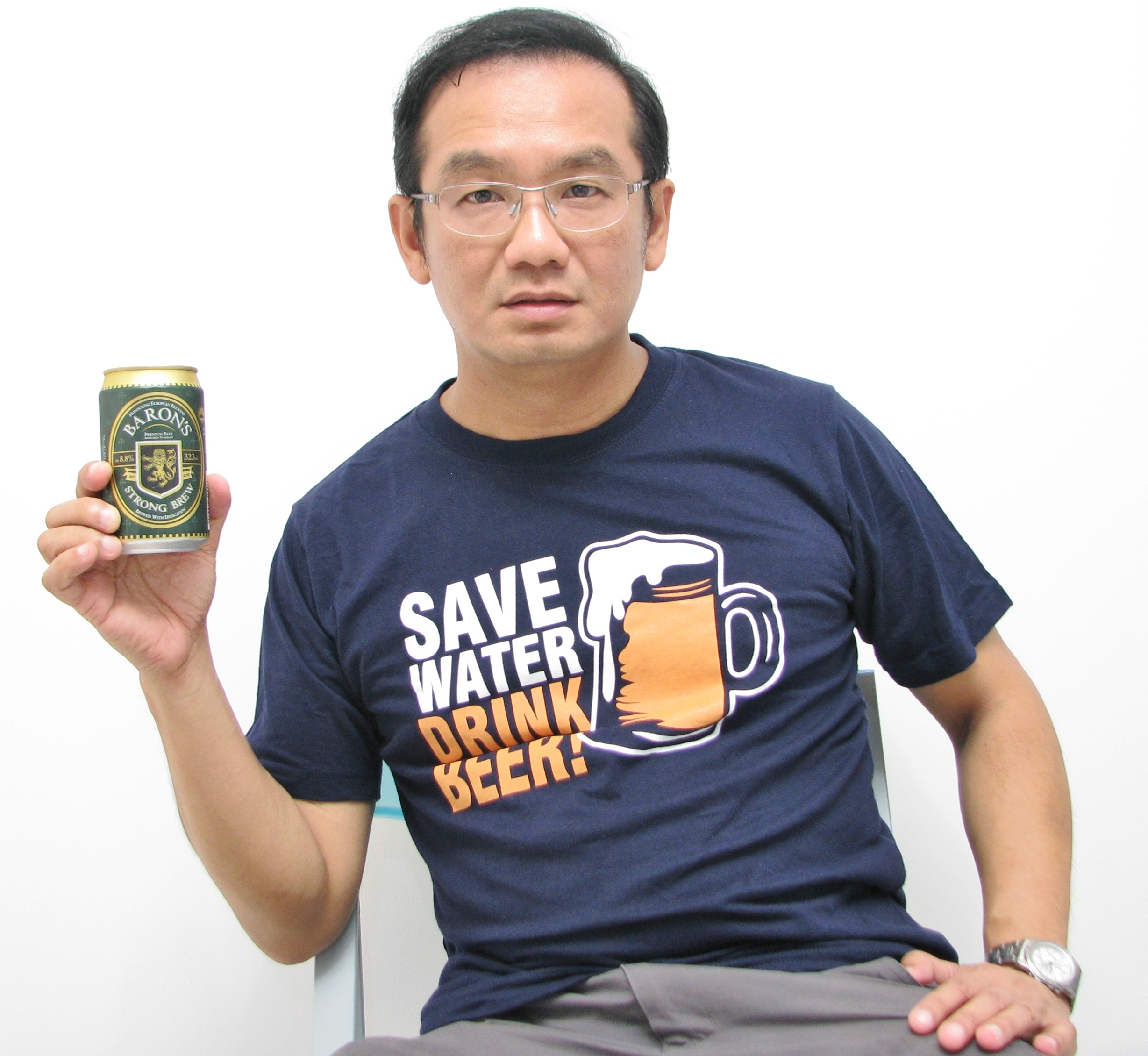 In 1993, Longman’s Dictionary of English Language and Culture was banned. Its entry for “Bangkok” described Thailand’s capital as a city known for its Buddhist temples and “a place where there are a lot of prostitutes”. Thai authorities said that the publication had eroded the good moral standards of the Thais. The Thai Foreign Ministry had demanded that Longman delete the offending reference but only received some clarification not amounting to an apology.

I’m not sure how many people have been sabotaged by such a description from an authority on definitions, but certainly, an entry like that would not only have ruffled more than a few Thai feathers. Imagine how our Farang guys visiting Thailand regularly are going to explain to their wives. Imagine what the guys and girls at the office would think when their boss goes to Thailand on holiday yet again. Sadly, Thailand already had a reputation and Longman’s Dictionary baldly reinforced it.

But let us not forget that it’s perfectly possible to avoid the places that you see above. Bangkok is a favourite shopping destination for many Asian women. The city is also the true hub for medical tourism. Thailand earned a whopping US$4.31 billion in revenue from medical tourism in 2013. High profile private hospitals in major cities pamper tourists with VIP treatment at affordable rates. In comparison, Singapore’s highly regulated medical tourism sector brought in only a tiny US$216 million. It is unfortunate that prostitution attracts far more attention than ornate temples, shopping centres and high tech hospitals.

But make no mistake, it is an issue and a very big one too. Over the last 30 years, I’ve not had a single Thai friend who would qualify as a full-fledged prostitute, but there are more than a few “borderline” cases from social classes ranging from farmers to accountants. I have literally written books on the culture and mentality that spawns and propagates this industry. There are apologists and other folks in denial who claim that prostitution represents only a tiny, insignificant part of their glorious culture. Sure, these folks may be antique collectors, muay Thai enthusiasts or meditation junkies, but I still beg to differ. Looking objectively at the social phenomena which contribute to the oldest profession in this country, it is difficult to conclude whether Thailand deserves its reputation.

Now let’s shift our focus to ugly Chinamen (women) crapping in public. Be warned that what you’re going to read next may affect your appetite or your ability to hold down a heavy meal.

I first visited China in 1995 and as my father had already been there to visit our relatives long before that, I was mentally prepared for the adventure. One of the most shocking things for the average Singaporean would be the public toilets. One would simply crap into holes in the cement floor. Sometimes, the holes are housed in cubicles but there are never any doors. There is usually a big drain under the hole. Once in a while, the drain would be flushed. In winter when water supply is low and when the shit gets viscous, it could pile up like ice cream and extrude from the hole. People would gladly crap in the open when they see that.

Then, in 1997, I travelled on the Silk Road from Beijing to Kashgar. I took public transport all the way on my month-long sojourn. It was summer and flies were all over the place. The smell of the toilets was stronger and travelled further. I tried as far as possible to “keep” it for the hotel, but when it was not possible, I was somewhat relieved that there was no toilet in sight. Whenever we were given a toilet break on a long bus journey, people just peed and crapped by the side of the road. It was such a pleasant experience compared to crapping in a house of shit and flies.

On the 18-hour journey between Lanzhou and Jiayuguan, the bus stopped several times in the middle of the Gobi Desert and we disembarked, men on one side of the bus, women on the other side and left our excrement on the road. At some small outposts in the desert, the owners of teashops would lock up their toilets to prevent travellers from using them. Need to relieve yourself? Do it on the sand. In China, crap like the Chinese do. Everybody was baring his butt and the whole thrill of voyeurism was completely lost.

Now let’s get back to Singapore where the culture of crapping in the open is completely lost after mobile toilets became available to our army boys. I suspect that little has changed in most parts of China outside the coastal cities. Having read all this, would you be surprised that some of the millions of folks who travel this way on long-distance buses in China might find it perfectly natural to crap in the open? 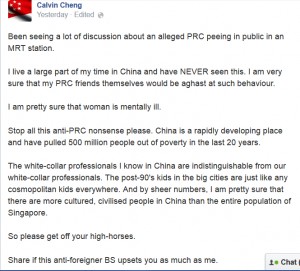 Mr Calvin Cheng has NEVER seen this – just as a meditation junkie might declare that there is no prostitution in Thailand. Somehow I’m not surprised. It makes the ivory tower analogy so appropriate. Or is it simply another case of 睁着眼睛说瞎话? Seriously, do only mentally ill people in China pee and crap in the open? I’m sure we know better, especially people like me who had to crap like a mainlander for a month. Mr Cheng owns us an apology. He is insulting all the perfectly sane people who leave their trails outside the filthy toilets all over China.