Standing With The Powerful

I’ve not been blogging here for a while. For those who’d like to know why, you can check out my travel blog at Knapsack Treks. Yes, we survived an earthquake in Sichuan and we learned a lot about power and its limitations on this trip.

So what’s new? In Hongkong, protest leaders have turned themselves in and the authorities were careful not to do anything to them. It seems the protests are far from over. Following the “rebellion” in Hongkong, the people of Taipei elected a new mayor. Independent candidate Dr Ko Wen-je (柯文哲) shockingly defeated his well-funded KMT opponent, Sean Lien in a landslide victory. Sean Lien is the son of veteran politician Lien Chan and though he was a much more familiar face to the public during the early days of the campaigning, Dr Ko, who once saved Sean Lien’s life in the emergency room when the the latter was shot, soon won over the hearts of the residents of Taipei.

Dr Ko attributes his victory to his being non-partisan and hence not distracted by the need to put other parties down. People are sick of all the bickering between the green and blue camps. Sensing that this is what the people of Taiwan want, he will also demand that “first-tier government employees” in his administration refrain from taking part in political party activities. Stressing his neutrality, he said that:

“We will adopt an open attitude and communicate with any of the political parties. We will also work at getting the widest public support. No policy go against what the people want.”

I don’t know how that may work out in real life, but this sort of rhetoric really makes the folks who keep finding fault with their political opponents look like the biggest 小人。 Another reason which may have contributed to Sean Lien’s defeat could have something to do with him declaring publicly that Dr Ko, who was head of trauma at the hospital Lien was rushed to after being shot, was probably not the key person who saved his life in the emergency room. Nobody likes arrogant ingrates who act like mice before leaders on the mainland. Sharing language, culture and even roots with the mainland does not mean that the Taiwanese people don’t want independence. They’ve seen that bowing down to the mainland like their KMT leaders did, did little to help Taiwan.

After this humiliating defeat (Taipei being a KMT stronghold), Taiwan’s President Ma Ying-jeou announced his resignation as the chairman of the ruling Kuomintang party. The KMT actually lost 6 of Taiwan’s 6 large municipalities, the most hotly contested seats, in the local polls. It only retains control of 6 out of 22 cities and counties, compared to 15 prior to the polls.

For us, at least, all the above information pale against one remark made by Dr Ko. He made the audacious promise that he would lead Taiwan to surpass Singapore in 8 years. This remark or promise has generated some buzz on social media. Some friends of mine brushed Dr Ko off as a boastful imbecile. Some others, who may have axes to grind, “predicted” with absolute certainty that Singapore would soon lose its competitive edge to Taiwan. I’m not sure which group’s prediction will turn out right, but let’s look at the similar strategy that both Singapore and the KMT have adopted in recent years. Both governments stood with the power players on the mainland and things are changing.

Closer to home, Thailand’s princess of Wikileaks’ fame had her family stripped of their royal titles in a corruption probe. Just across the Causeway, opposition politician Anwar Ibrahim also lost his Dato Seri title. Who else? What next?

While comic artist Leslie Chew keeps predicting a PAP defeat in the next election on social media, I can’t help being reminded of the fact that the vast majority of Singaporeans do not really care if a process is fair or unfair. The majority of kiasu, kiasi and gian png Singaporeans always choose to stand with the cauldrons of power with the hope of enjoying the goodies that happen to splatter on them. At this moment, they’re probably thinking that the people of Taipei must be childish, emotional people who don’t know what’s good for them. Some other folks hope to see the same thing happening in Singapore. I think Leslie is going to be disappointed. We won’t see an independent politician with no resources to promise lavish estate upgrading winning an election here any time soon. Singaporeans are very “result-oriented”.

Back in China, the folks at CCTV2 are on a massive witch-hunt for corrupt officials and businessmen. While in China, I tuned in to their evening programme (something like 60 minutes) and was intrigued watching investigative journalism in China with undercover journalists, hidden cameras and voice recorders for the first time. One case involved a bunch of crooked lecturers from a reputed university who sold exam questions to private candidates. Another case involved a couple and their daughter, each owning a property development company. They sold the same property three times and fled China. One of the victims wept in front of the camera. He had used his life savings and even borrowed money from various sources, thinking that he had found a good bargain. Not only is he without a home now, thanks to the trio, he has to work to pay off debts he had incurred for nothing. The police went all the way to Thailand to arrest the trio and managed to get them behind bars in China. The journalists and the police are hot on the heels of many other fugitives on corruption charges and suspects who had disappeared with their clients’ money. There’s a massive cleanup going on in a country where prosperity came before integrity.

It is obvious that one of the main objectives for pursuing these criminals on TV is to make China’s police force look good. There is obvious collaboration between the police and journalists in this programmme. It’s therefore hard to imagine that just a few years before Xi Jinping, open discussion of corrupt practices was practically taboo in China. There was plenty of denial even in the face of obvious indicators. All of a sudden, we see a rebirth of Justice Bao, an army of supporting swordsmen and a huge shift in both mindset and power play. How far will this cleaning operation go? How clean can China get? I don’t know. But I do know that you can no longer be sure that standing with the powerful of the day will bring you opportunities and useful guanxi. 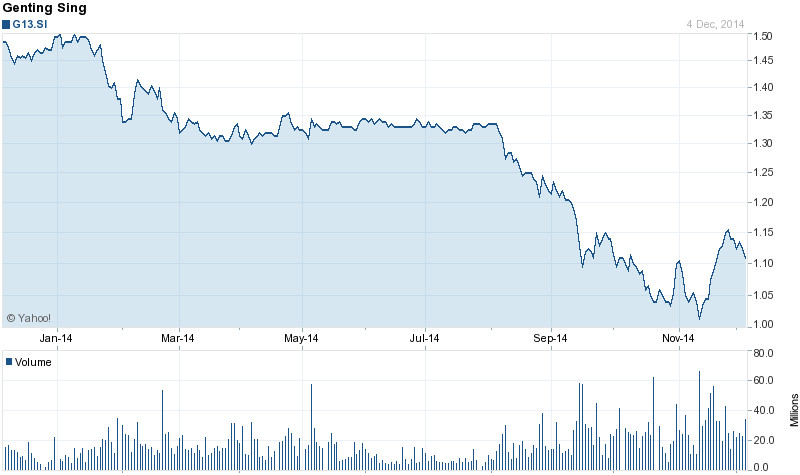 What does all this lead to? Again, I don’t know. Perhaps our friends who had banked heavily on the gaming industry here aren’t going to sleep well for a long time. They’d better pray that the same movement doesn’t happen in Indonesia any time soon. Who knows what will happen in 8 years’ time if all we do is keep standing with and buttering up the rich and powerful.