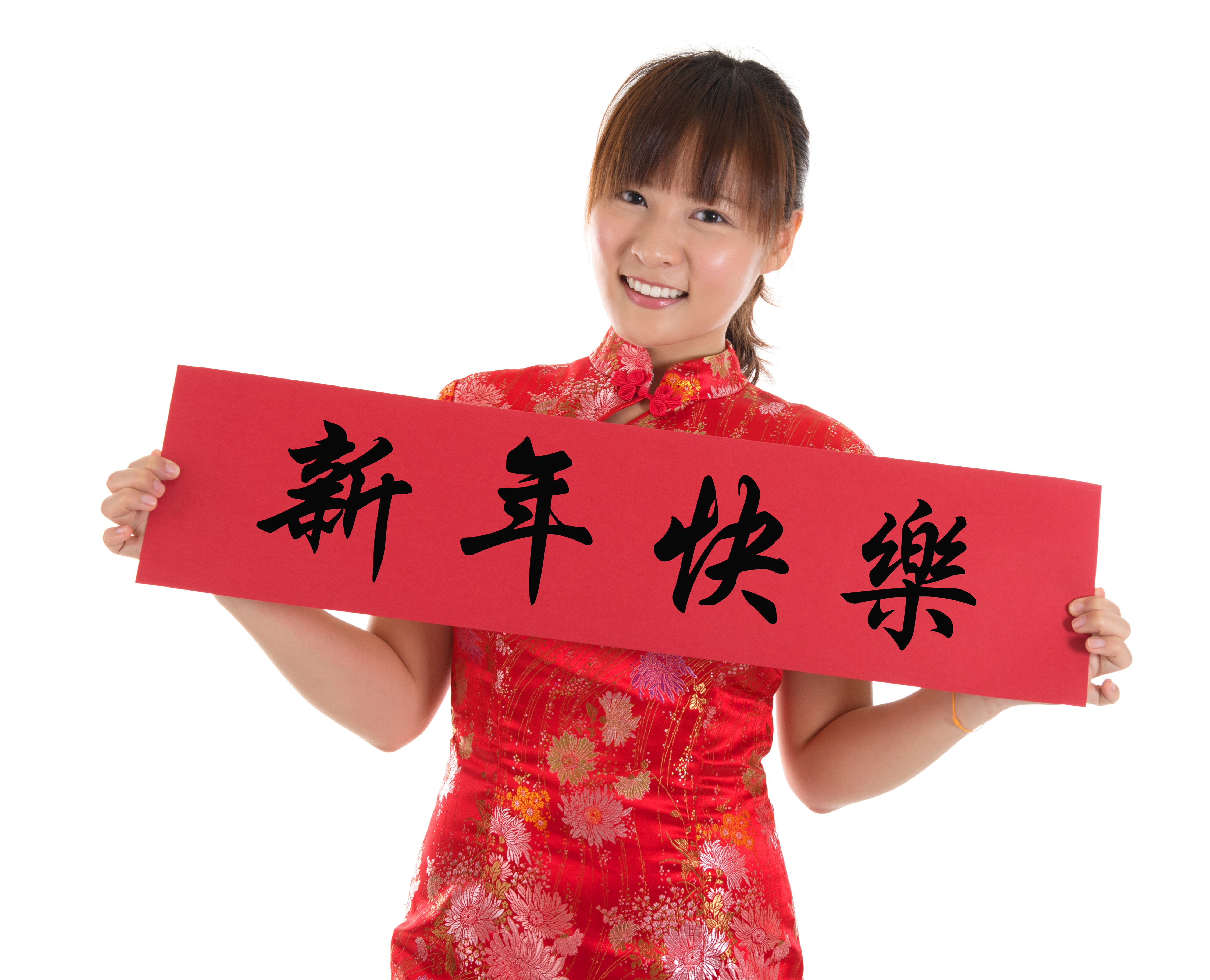 So did you have an enjoyable holiday this Chinese New Year? Time really flies. My son will be turning 14 at the end of 2016 and memories of me carrying him at Ram Hospital in Chiangmai where he was born are still fresh in my mind. This year, I made quite a number of dishes which my mother used to make for the festive season. It’s a challenge to duplicate the taste, but I think I did a pretty good job. My son loved the food and the ang paos which I had to accept on his behalf due to certain restrictions imposed on him.

I reminded him that Chinese New Year is not just about food and games. The most important concept is one of reunion. Normal people are all social beings. Unfortunately, as we get busier and some people keep exaggerating the mistakes of others, refusing to resolve differences, reunion is not always possible. I told my son to initiate the process of reunion with our extended family with branches in Malaysia, Indonesia, China and of course Singapore once he leaves the jurisdiction of his home. I need to point out to him that one does not avoid conflict by severing ties with normal, imperfect individuals who may annoy us from time to time. That’s just like cutting off the nose to spite the face. A bit about cutting off body parts in a moment.

In the midst of all this celebration, a tragic thing happened in Taiwan. A magnitude 6.4 earthquake that toppled the Wei-Guan Golden Dragon apartment in the southern city of Tainan killed 116 (CNN) or 114 (Today) people.

“There are so many other older buildings in Tainan that are still standing. Why was it only this building that was completely destroyed?” asked Wang Xingyou, a city cab driver.

Why indeed. And as people in the know jog their memories, they would recall many signs that the building was in trouble. This begs the question, why wasn’t anything done to prevent this? The folks in charge certainly could have done better with construction and maintenance. But what about the folks who just live there? Can or should they be blamed for not exercising due diligence and avoid the building when the signs of trouble were so obvious in retrospect? There is something equally obvious here. Everyone has a limited amount of energy. We are only able to pay attention to one thing at a time and it’s so easy to consider a neglected issue in isolation. It’s easy for us to point out something that someone has neglected in the past because we did not have to deal with the countless other things he had to deal with at that point in time. Would we have done better if we had been laden with the same workload, duties and other things that demanded attention? Debatable and hypothetical, isn’t it?

At my secondary school reunion, I learned that a former classmate of mine (an army officer) was one of the victims of a life-threatening Group B Streptococcus (GBS) infection believed to be caused by the consumption of raw fish. In August, MOH reported that GBS cases had fallen from an average of 20 cases a week since the start of the year to around three cases a week in the first three weeks of August. In November, MOH said that it was notified of 355 GBS cases from the beginning of the year. Of these, 150 were linked to consumption of yusheng. Joint investigations conducted by the NEA, AVA, MOH confirmed an association between the consumption of yusheng with Sequence Type (ST) 283 – an aggressive strain of the GBS bacteria. Uncooked freshwater fish such as Song fish, Toman fish and tilapia were among those found containing ST283. 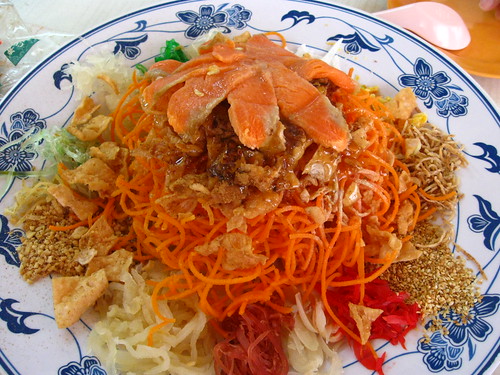 Another former classmate who visited him in hospital said that he saw him with tubes coming out from his joints (elbows and knees) and an angiogram done to inject antibiotics directly into his heart. He escaped from death’s door relatively unscathed. We last heard that he had almost fully recovered and was back at work. Know what? He had been eating the raw fish at that stall at Alexandra Road for the last 20 years without any problems. Oh, and that building that collapsed in Taiwan was 22 years old. A few other raw fish lovers were not so lucky. One healthy young man died and a 50-year-old technician had his hands and feet amputated due to gangrene. If not for the amputations, the victim would not have survived. When do you cut off body parts? When they threaten your life. Cutting off relations with family members should likewise be carried out only under extenuating circumstances.

Another person will not be enjoying his Chinese New Year this time. It seemed that he broke the law under extenuating circumstances. 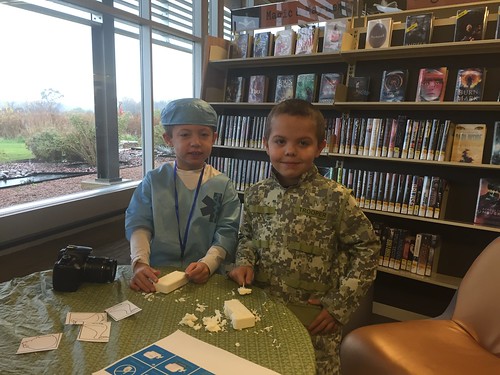 Naturalised citizen Wang Yinchu has been sentenced a second time to a detention of 18 months for being absent without official leave (AWOL) by Singapore’s military court.

While he was still serving full time NS, Wang Yinchu left Singapore on 8 Oct 2008 at the age of 22. He was just one month shy of his ORD. So why did he leave and not complete his NS? Wang explained that the term was starting and the university would not wait for him. If he missed the term, he would have to reapply and there was no guarantee that they would accept him.

Wang left for his studies after failing to obtain permission for disruption. He returned to Singapore and surrendered to the authorities after his graduation. He bagged a Bachelor of Arts degree from St Edmund’s College, University of Cambridge. He also obtained a Bachelor of Medicine and Bachelor of Surgery degree from Barts and the London School of Medicine and Dentistry, Queen Mary, University of London. Soon after arrival, he was handed over to the Provost, charged and sentenced to 3 weeks’ detention. His nightmare was not over. The prosecutor appealed and his sentence was increased to 18 months!

“It would be unfair to all national servicemen who diligently perform their national service at a personal sacrifice to themselves and their families if the appellant’s contention was accepted as a valid mitigating factor.”

The prosecution added that “the public interest involved in National Service required that servicemen be prepared to subordinate their personal interests to the interests of the state”.

Ms Hee pressed for at least 18 months’ detention as Wang had gone AWOL for five years, eight months and 20 days which was granted by Justice Choo Han Teck and four other members of the panel.

This turn of events raised more than a few eyebrows. Suffice to say that the clear message sent out to those who go AWOL is this: “You will not be treated leniently even if you fled under extenuating circumstances and surrender to face the music after a bigger goal in life has been achieved.”

There is another lesson to be learned here: “If you’re an immigrant, it pays to outwit the unforgiving system.”

If you check out the discussions online, you’ll notice that most Singaporeans feel sorry for Wang. Of course, there are always those self-appointed “moderators” who are obviously not neutral.

I don’t think anyone would dispute the fact that the young man had made a mistake. So his timing was off by a month. So to be on the safe side, he should have given himself a years’ allowance. Has Tim Tam never made such mistakes or taken similar risks himself? Why wasn’t he allowed to disrupt one month before his ORD? Was he holding some appointment so critical that our national security would be compromised if he had been allowed to leave? Or was it just because there they just have to go by the book to ensure that it’s fair for everyone out there?

Of course, Wang could have (and perhaps should have) returned to China. Tim Tam speculates that he returned for the above reasons. I really don’t know, but there’s a just a remote possibility that he came back simply because he missed home in spite of the high cost of living and certainty of jail time. Perhaps he loves Singapore. Perhaps he loves the country much more than those who dare not go AWOL not because they love the country but because they’re afraid of being punished.

得饶人处且饶人。That’s pretty much sums up my definition of being gracious and compassionate. It has nothing to do with giving up one’s seat on the train or bus. The trouble with our thoroughly cleaned and well-managed city state is that people show zero tolerance for the mistakes made by others even if nobody was harmed or inconvenienced in the process. The more we’re made to question town council accounting lapses, the more it opens up the double standards in handling train breakdowns, insufficient beds, cross infection in hospitals etc. It’s good to maintain high standards, but nobody is perfect. If you recognise that you’re capable of honest mistakes, then forgive others for their honest mistakes, bad timing etc. 得饶人处且饶人。

Good living comes with some give and take. It comes with the ability to keep one eye closed. It’s just like visiting or getting together with our sometimes annoying friends and relatives during festive occasions. Part of the fun in meeting up comes from bantering and laughing about our past mistakes and embarrassing moments. If you can’t take it, you miss out on the fun. Would we all be happier if our neighbours were saints and puritans? I don’t know about you, but I prefer more “worldly” folks.