Ignorance, Innocence & The Price Of Independence 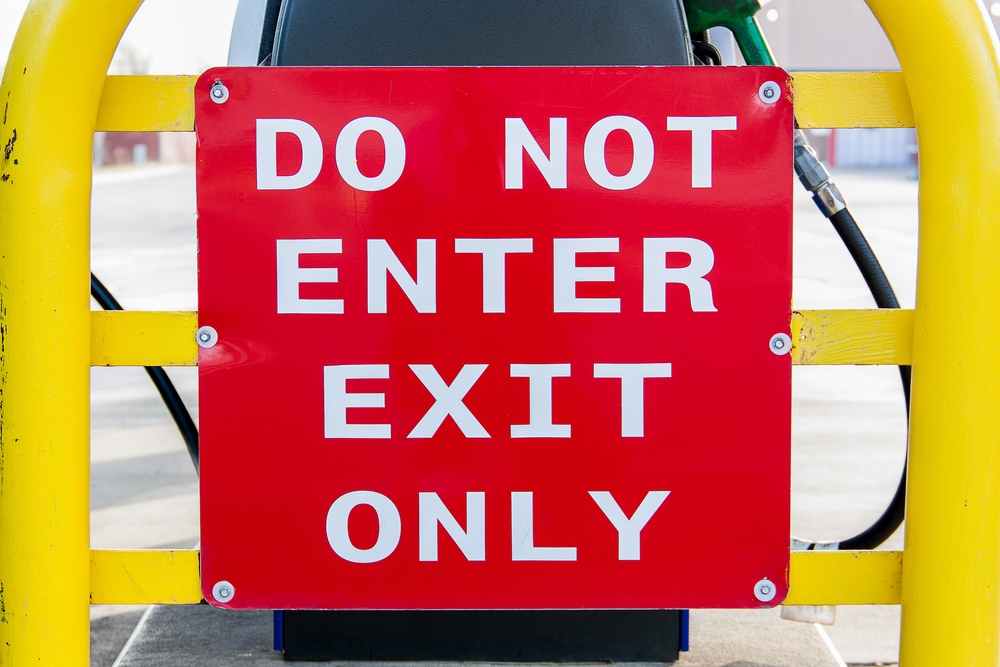 So what’s new? HDB lifts at several estates in Singapore have broken down or malfunctioned, causing inconvenience, injury and even death. Just a few days ago, the Punggol LRT broke down. Passengers had to alight through the emergency exit and walk on the track. It’s a pity I missed it. My kids would have enjoyed the walk. I believe there were no rats on the track. They would have caused panic among the “tracking” passengers who would have nowhere to run. Those rats that I often see scurrying across Punggol Waterway during my morning walks are a lot less intimidating and easier to avoid. Nevertheless, most of our lifts still work. We are not drowning in rats (yet) and as long as these things don’t occur in opposition-held wards, our thought-guiding press will probably not follow up on them, especially when market shaking-news just came out. Yes, I’m talking about Brexit.

Like many twists and turns in the history books, Britain’s position today is not without ironies. Britain had tried in vain to join the EEC (predecessor of the EU) since its creation in 1957. It was not till 1973 that Britain was finally accepted as a member of the EEC. Opponents to Britain’s membership were silenced by a national referendum held in 1975. In 1993, the European Union was formed and the EEC was renamed EC. True enough, Britain benefitted from EU membership.

Over the years, however, resentment crept in. Many Britons felt oppressed by their obligations as an EU member. They argue that:

1. Britain has lost its sovereignty
2. Britain is no longer free to make its own decisions on immigration (of dubious refugees) and public spending
3. Britain not free to make its own trade deals
4. Britain is tied down by costly and cumbersome EU bureaucracy
5. Hardworking Britons are paying too much for spendthrift southern Europeans and immigrants.
6. Having economic security is better than having greater macroeconomic growth. 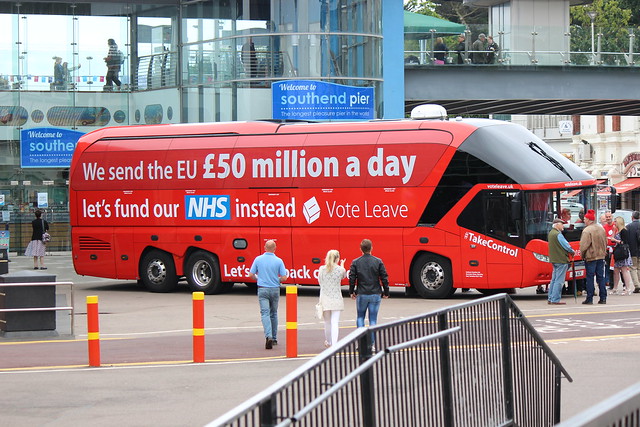 Those who argued against Brexit felt that:

1. Britain’s potential for economic growth will be affected
2. Britain’s influence over world affairs will diminish
3. Britain national security will be jeopardised by reducing access to common European criminal databases
4. It will result in trade barriers between the UK and the EU leading to job losses, delays in investment into the UK and risks to businesses.

Make no mistake, these dire consequences, are all predictions by those who wish to remain. Those who wish to leave, while complaining about the status quo, have only vague plans for Britain’s economic future even though some have argued that the UK’s economy will actually improve after Brexit.

How did we ever get here? To placate his own party members in favour of Brexit and keep the party united for the elections, Prime Minister David Cameron promised them that if the Conservative party won the May 2015 general election, he would renegotiate membership terms and offer an “in or out” referendum by the end of 2017 (Copsey and Naughton 2014). Thus, the 23 June 2016 referendum was held and Cameron found himself caught between a rock and a hard place. 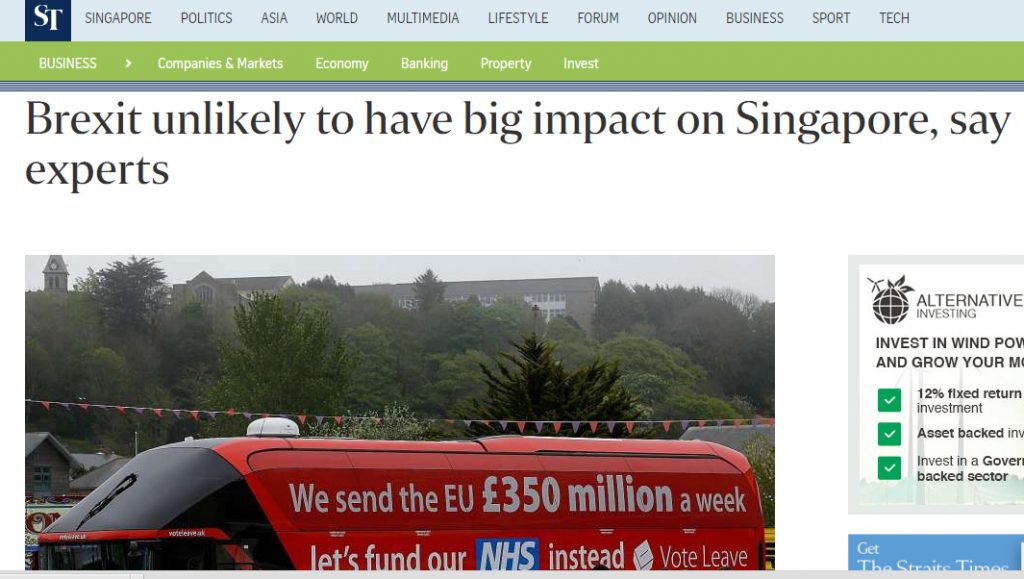 On the eve of Britain’s monumental referendum, market analysts were almost unanimous in predicting that Remain would prevail though a couple of opinion polls showed otherwise. Our very own Straits Times also said so, ostensibly to ease market jitters. Early Friday morning (Singapore time), I woke up to find the Brexit camp losing. The pound strengthened in anticipation of a Remain victory. I started entering long positions which I quickly withdrew when minutes later, things started to change. By mid-morning, the tide had dramatically turned. It became 51% the other way. Those favouring Brexit were winning, Wall Street had closed by then and judging from the 240 point rise on the last trading day, American investors were predicting Remain. Asian markets, however, took a battering. Our STI closed nearly 60 points down. The Nikkei was down some 1,200 points. Unlikely to have a big impact on Singapore. Trust the experts.

Our own Prime Minister had this to say:

The desire to disengage, to be less constrained by one’s partners, to be free to do things entirely as one chooses, is entirely understandable. And yet in reality for many countries disengaging and turning inwards will likely lead to less security, less prosperity, and a dimmer future.

“It is too early to tell, but we need to watch developments carefully. Nobody can foresee all the consequences of the Brexit.”

A clearly negative view of the results and our media followed the tone to perfection. The words marked in bold (by me) and some other invisible words between the lines sound like a reminder to Singaporeans. Your wish for “absolute freedom” is understandable but this is a question of security and prosperity. How can we be so sure? Decades down the road, the British may be singing: “there was a time when people thought that England won’t make it but we did …”

Sounds familiar? Another irony. There are 3 prosperous and progressive European countries which are not in the EU. One fact does not escape the Brexiters. Iceland, Norway and Liechtenstein are better off than most countries in the EU. Already, the plummeting pound has led many people to start planning their holidays in the UK. Parents are also changing their minds about sending their children to Australian universities. Brexit good? Brexit bad? The future has absolutely no obligation to prove anybody right – not even if you were an expert or a prime minister for that matter.

The most meaningful comment came not from a politician but a “joking journalist”, Neil Humphrey 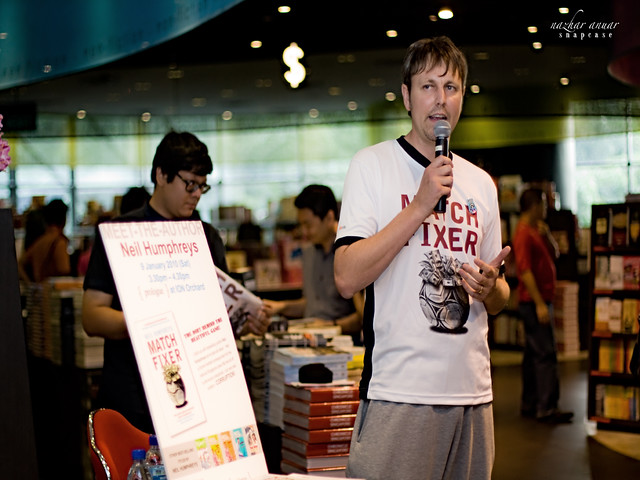 Farage wins. PM resigns. Markets tumble. Pound plummets.
World thinks Britain filled with knuckle-scraping racists.
But there are more shades of grey to Brexit than a crap novel.
The rich/poor divide in the UK is real, after 30 years of Post-Thatcher greed, the disgusting sell-off of council/affordable housing and the creation of a permanent underclass and, yes, the impact of immigration.
I’m back at the moment and I’ve been stunned by both the affluent smugness of the educated classes of some in the Remain camp and, yes, the appalling xenophobia from aspects of the ‘exit’ camp (fuelled by Murdoch’s obsequious parasites and embarrassingly gobbled up by my working-class community.)
Britain is now made up of two nations, with entirely different living standards, economic/educational aspirations and world views.
They share the same passport, but nothing else.
They are strangers to each other.
That’s the most damning (and dangerous) outcome for Modern, Dickensian Britain. Or Boris’ Britain (as it soon will be, with his corporate/banking mates skipping towards another tax-free sunset ).
This referendum result was 30 years in the making.
Whichever way you voted, there is NOTHING worth celebrating today.

But there is one dimension that everyone so caught up with money and markets has not discussed. Some people may not care which way the British economy goes. The results of the referendum and the experts who were completely baffled and pissed by the “ignorance” of Brexit voters show something about the fragmented British population which some people seem to have ignored.

The benefits of being in the EU may be obvious to some, but it has now been revealed that the majority cares not about benefits but feels that it has nothing to lose by leaving. It would be scary for any country to have people who have nothing to lose or gain from the outcome of a national referendum.