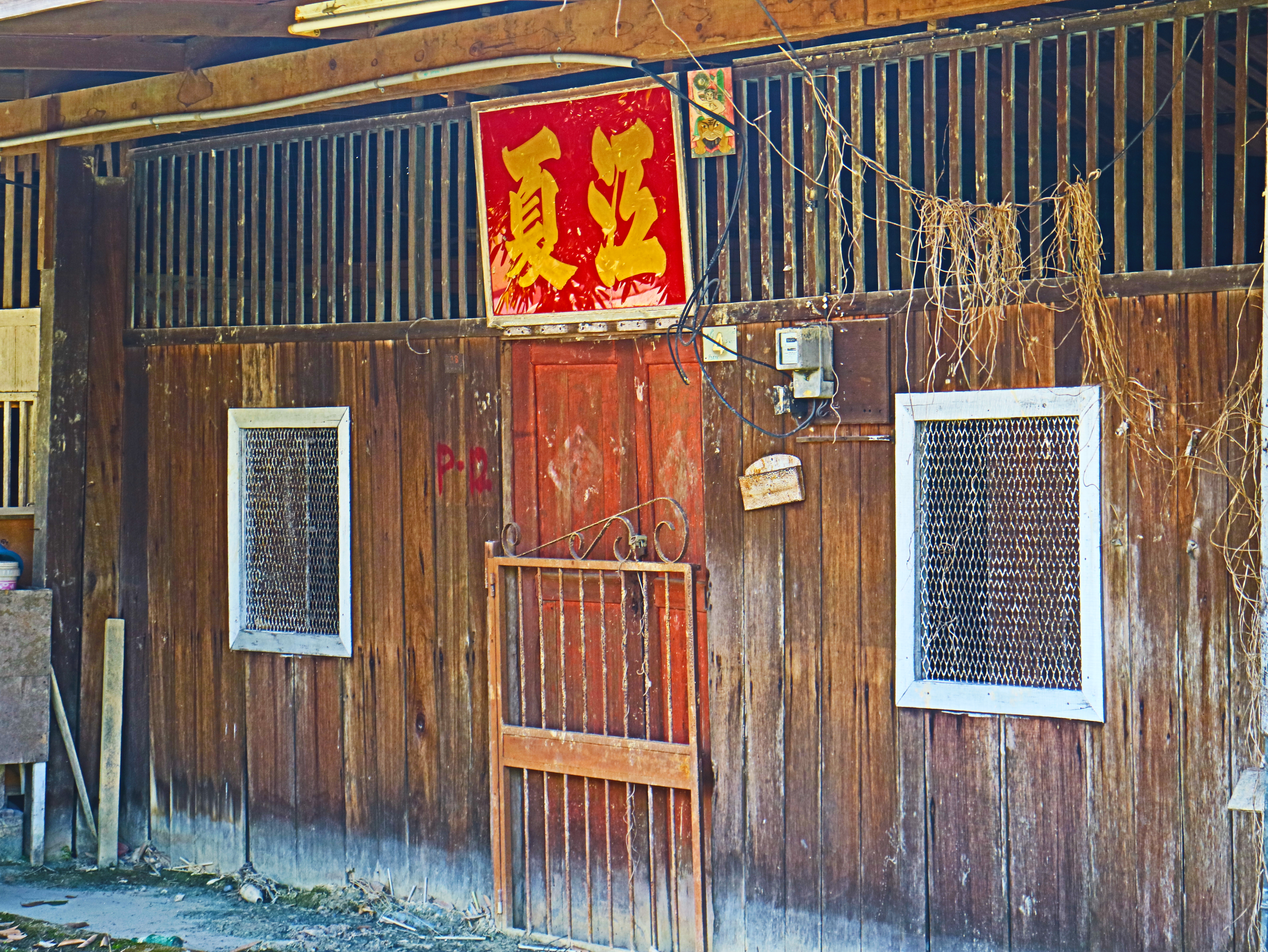 A typical Singaporean wedding banquet goes like this. You receive the invitation – often dubbed the “red bomb” and reluctantly accept it. You arrive at the hotel half an hour late. You exchange pleasantries with friends and relatives and even before the dessert could land on the table, you’re competing with the other guests to get to the door to shake the couple’s hands, eager to get out before the big jam hits. Going to a wedding dinner is more like a chore and an obligation than a celebration to look forward to.

This situation is in sharp contrast with my cousin’s (堂妹) wedding in Ipoh a couple of weeks ago. I landed at about 8.30am and reached the hotel at about 9.00am to meet up with father, aunt and uncle from Singapore who had arrived a day earlier. Our first stop was my great-grandfather’s final resting place at 富豪山庄。 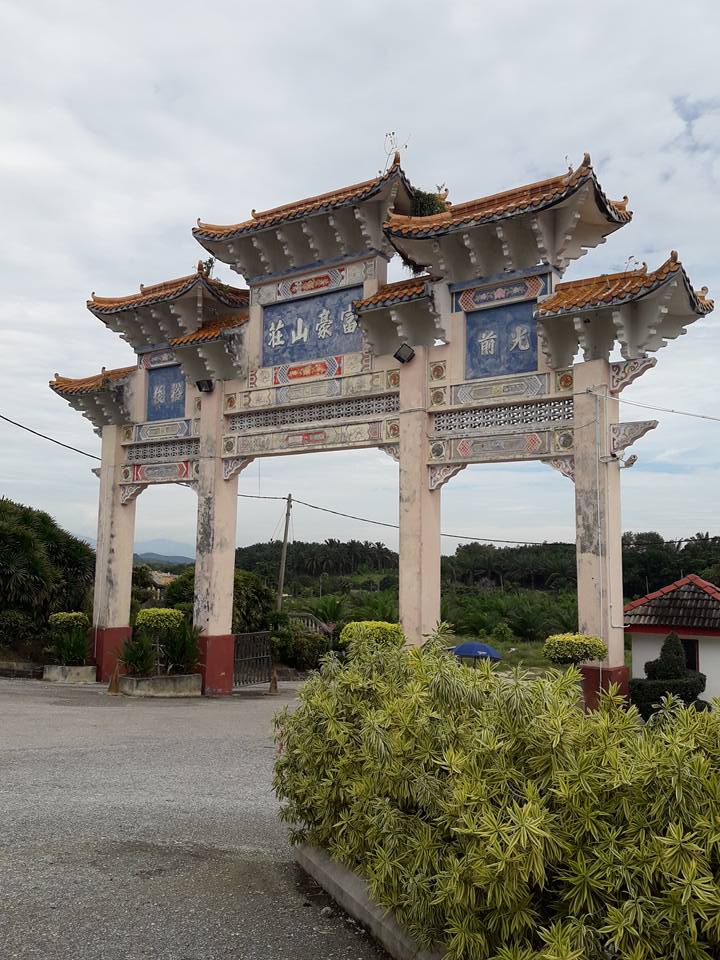 16 September. It was his birthday exactly 147 years ago. Yep, that’s how classy this cemetery is. Someone commented that the old Nanyang University’s arches pale in comparison. Truth be told, I used to view ancestral worship with more than a tinge of contempt. Nowadays, I embrace it not as a form of worship, but a means to connect with the extended family in an increasingly divided world. The spiritual aspects aside, such activities bind the family together and when extended to the community, keep the kampung spirit alive.

After paying our respects to my great-grandfather, we went to Kampar, my father’s birthplace. We then visited my father’s old home. The house was sold when my grandparents, along with my younger uncles and aunts, moved to Johor more than 40 years ago. Yes, the family moved for pragmatic reasons, but my uncles and aunts (in their 70s and 80s now) still have fond memories of their childhood days spent here.

Nowadays, who could be bothered when his old home gets demolished, to be replaced by a shopping mall? Who wants to look at abandoned houses and moss-clad ruins? Weird or just happily bohemian, I do find much charm in these towns and villages that wither away yet refuse to die.

The elders went around the estate to look for old neighbours. Finding one was like picking up a page from an old diary. They recalled the distant past and updated one another on the recent past. Some of these folks have passed away and many of the children they used to play with are now grandparents and great-grandparents in their 80s. The de facto “village chief” here was the coffee shop owner. The place is now run by his children, all in their 60s and 70s. All this may have nothing to do with me, but

After leaving Kampar, we were off to Batu Gajah where the bride was to be received on the day of the wedding. The bride’s family was holding a dinner party for the guests. Tents were erected. Tables and chairs were placed on the road, completely blocking it. They didn’t display any permit, but the interesting thing was, cars that came by didn’t even bother to sound the horn. They just quietly took a detour.

The pre-wedding feast began. It’s not just my uncles and aunts. Cousins, nephews and nieces turned up as well. After dinner, we drank beer, wine, brandy. We sang, told jokes and probably kept the whole neighbourhood awake late into the night. The Chinese, Indian and Malay neighbours probably understood that such events only took place once in a blue moon. Nobody complained. This is racial harmony – not dressing up and parading. I can imagine that in Singapore, the neighbours would have called the police and we might have been arrested for drinking after 10.30pm.

The next morning, we attended the tea ceremony with a “dai kum jae” presiding. Part MC, part ritual consultant and part stand-up comedian, the “dai kum jae” is the catalyst at many Cantonese weddings. As Cantonese is the dominant Chinese dialect in Malaysia, even the Hokkien and Hakka like us have adopted the practice. After the tea ceremony, we paid a short visit to the groom’s house and returned to the hotel for forty winks in preparation for the wedding banquet at Pusing.

The banquet hall was enormous. It seemed as if the entire village was invited.

But it was not just the size of the crowd that impressed me. What really impressed me was the way the guests celebrated and enjoyed themselves. Most of us were either early or on time – very few latecomers. And many of us stayed back long after dessert was served, drinking, singing and dancing the night away. The guests didn’t see the wedding as just a formality or an obligation. They saw it as an opportunity to celebrate a happy occasion without too much inhibition. Their enthusiasm injected so much life and vigour to the event. Even my 80-year-old uncle danced to the songs sung by my nephews.

As we staggered out of the hall, we were all pleasantly spent. Some of us were even drunk. Many of the guests were still hanging around outside the hall laughing, blabbering and throwing up. We returned to our hotel for a most fulfilling sleep.

With my paternal side dealt with, I contacted my cousin on my maternal side. He picked me up from my hotel and brought me to see our childhood playground, the now deserted town of Papan. In spite of its deserted state, the ruins of Papan now exude a haunting, romantic charm.

I remember spending many happy childhood days here, playing hide-and-seek with my cousins and taking walks along the main street with my grandfather. It’s difficult to imagine that in its heyday, this place was even more happening than Ipoh. Papan today is a shadow of its former self. The old folks have all passed on. The river that used to flow behind a row of houses has dried up as a nearby tin mine was shut down. The once-thriving town is now sleepy and dilapidated. At the town square, some old folks could still be seen, sipping coffee and telling tales. We then visited the “waterfall” (actually rapids) where my grandfather used to bring us for swimming. I remember the slippery rocks and rapid, cold water. But it was a very different “waterfall” that greeted me. The energy seemed to have gone somewhere else. The mighty torrents of yesteryears have turned into a languid stream.

Then, we were off to Kellie’s Castle. As a child, I was afraid to come here as the adults said that the place was haunted. After the tourism authorities have dressed it up with furniture, added railings and fences (defective in many areas) and now collect an entrance fee, the place is flooded with more tourists than ghosts.

We then met up with my other cousins and checked out Concubine Lane. Yes, it’s said that many merchants, traders and other wealthy businessmen who stayed in Ipoh when the tin-mining industry was booming kept their mistresses in the houses on this street. You won’t find any old ladies with a past here. It has been turned into a tourist trap even though there are some quaint and very photogenic buildings across the road. Next stop, Ipoh’s old railway station.

It’s still functioning with people waiting for their train. I remember it was far more crowded than this when I took the train here when I was young. It might have been deserted if not for the fact that the train may be faster than the bus if there’s a traffic jam in KL. Some parts of the station are undergoing renovation. The relatively low passenger load may not justify that, but I guess cultural heritage is priceless here.

After dinner, I suggested going to Qing Xin Ling the next day. Interestingly, many residents here have not been there. The place is rather touristy and many of the sites somewhat contrived, but it was picturesque and charming. The, water features, the limestone cliffs, the greenery and the antiques had a nice, calming effect on the visitors. The place is not too big, so the free bicycles they offer at the entrance are not really useful.

Time was running out and this was the last destination in Ipoh before my cousin drove me down to KL. I had bought a $25 air ticket to fly back home from there.