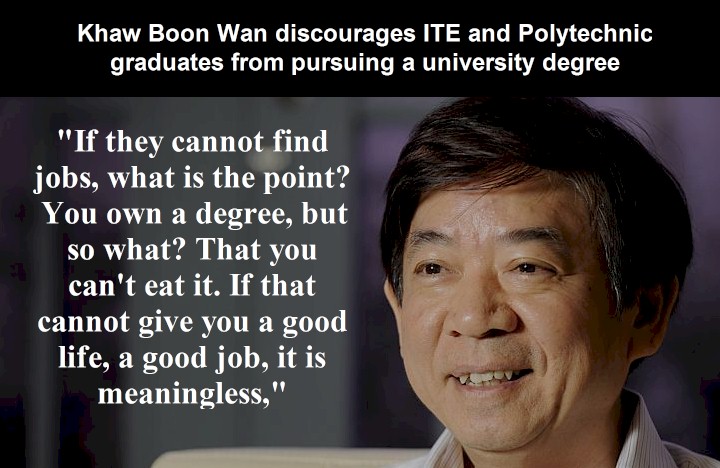 Two people have dug themselves into deeper holes recently. One is Amos Yee. A bit more about his “paedophilia” video in a moment. First, let’s talk about our most talented Transport Minister, winner of some Mediacorp Star Awards (or whatever you call it), the one and only, Mr Khaw Boon Wan. Of all the humour and comedy that Mr Khaw has ever presented, this one takes the cake.

Mr Khaw Boon Wan: Madam, we are most sympathetic to the taxi drivers who experience such incidents. But if the taxi driver could not tell us the identity of the person, other than saying that the person is of a particular race, or gender, it is very hard for us to track down the person. So, I think common sense requires the taxi drivers, when they encounter such an incident, to get as much information as they can from the fare evader: basic information like name, address and so on. 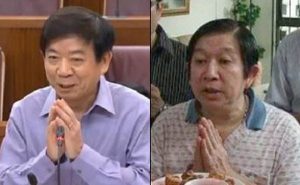 The Straits Times seems to have left this part out, depriving many bored Singaporeans of a good laugh. But not to worry, the talented Mr Khaw came up with more tickling speeches and the following is probably his second best.

“He wasn’t parachuted in or being asked to go and fix this. He volunteered for this job. As former Chief of Defence Force, I think his heart is in the right place. He’s proud to be a Singaporean and we’ve all felt ashamed by these, every now and then, disruptions in SMRT.”

Judging from the fact that my profit-driven plumber only collects his pay after my leaky taps and clogged sinks have been fixed, Mr Khaw must be pulling our leg when he said (twice, not just once) that SMRT’s CEO “volunteered” for the job while drawing literally millions every year. I don’t mind volunteering for such jobs, but I guess the key requirement for the job is that you must be a scholar who is prepared to wear white when called upon. 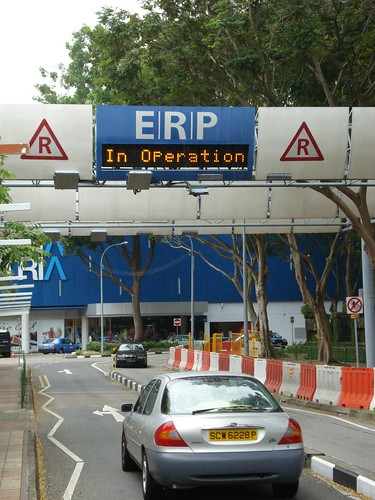 When Mr Low Thia Khiang suggested that the root cause of SMRT’s struggle to deliver good service to commuters lies in its role in helping the government earn money, Mr Khaw didn’t fail to tickle me with his reply too.

“There are easier ways to make money. We don’t have to use SMRT to make money,” he said. “With SMRT, we could have done it as a Government department but I think the decision was not wrong to put it as a corporatised company fully owned by the Government.”

Of course there are easier ways to make money (don’t we know it?), but what if people don’t drive and decide to take the MRT instead? How nice it would be if we could make this kind of money without even making it our priority. How miraculous that SMRT could inadvertently make this kind money while merely trying not to lose money. Most companies facing genuine competition can’t make that kind of money even if they make it an obsession, let alone a priority. What’s their secret? Why does it seem as if it may take more effort for them to lose money than to make money? 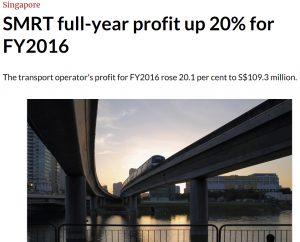 Finally, alternative media wannabe States Time Review stated that Mr Khaw finally admitted that Singapore is “overpopulated”. Frankly, I can’t find that anywhere. They were probably inferring from the statement below.

“We were cutting it real close. And the need to reduce overcrowdedness in trains forced us to add new trains, further pushing the limits on our power capacity.”

Overcrowded? I thought it’s because everyone wants to take the MRT at the same time. I thought people can get on the trains. They just choose not to. Many folks out there nailed Mr Khaw on his admission to “overpopulation”. Did he really shoot himself in the foot for speaking in support of the population White Paper? Perhaps, but I can only find evidence that he said “overcrowded” and not “overpopulation”. Let’s assume that he only said “overcrowded”. But the question is still troubling. Why? Why are our trains allowed to get overcrowded if we are to believe that our ministers (the highest paid in the world) are more capable of planning and acting ahead of crippling problems than saying the most embarrassing things?

“More engineering hours are needed to allow for ageing rail assets to be quickly upgraded. This means that train operating hours will likely be reduced. So far, upgrading work has been done on two rail assets – sleepers and the third rail. Work still needs to be done on the  signalling system, the power supply, trains and track circuits.”

Yao mo gao chor ah? SIA has some of the youngest fleet of aircraft in the world. The SAF spends 3.4% GDP compared to the US military’s 3.3%. The old Parliament House long was vacated long before it became overcrowded with MPs and ministers. Schools and JCs are merged even before any of them was down to just one or two classes. So why is it for the MRT that sleeper replacements and signalling issues were not sorted out long before they could cause problems? Why are our rail assets even allowed to age on the job while our 40-year-old, fully functional PMETs aren’t? 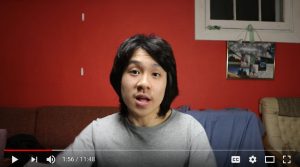 Nobody would mention Minister Khaw and Singapore’s youngest dissident Amos Yee in the same breath, but both seem to have the same tickling talent. In his latest video explaining his support for “consensual sex with minors”, Amos Yee just dug the hole deeper for himself by defending the indefensible. There have been some responses saying that children cannot give consent to sex. That is not true. They can give consent, just as someone who doesn’t know the value of money can consent to exchange his $100,000 with my 100,000 rupiah. 200 years ago, Chinese girls gave consent to have their feet bound. There was even a kid in China who voluntarily traded his kidney for an ipad! There is a huge difference between knowledge and wisdom, intelligence and maturity. I wouldn’t have a Prime Minister who is 14 years old even if he had an IQ 10 times higher than the incumbent. Even adults change and regret their decisions every now and then. What more can be said of children?

I find it almost comical that Amos Yee should pull out obscure data to “prove” that no harm is done to the children who had consensual sex with adults. For all his knowledge and eloquence, he doesn’t seem to realise that there is a mountain of evidence from social and psychological studies research data to show that children are emotionally scarred from such encounters.

I have personally interviewed victims who have been “seduced” by their uncles, stepfathers or friends of their parents when they were 13 or younger. It’s only when they were a bit older that they realised that they have been tricked or manipulated by people they ought to have trusted. Guess what. They all developed serious psychological issues and relationship problems which required years of therapy to fix. This is the mountain of evidence that Amos Yee has to answer to and logical as they may be, his hypothetical arguments are baseless.

Having said that, there are numerous possible scenarios out there. Perhaps some flexibility should be exercised in judging borderline cases. I personally do not think that the men who had sex with a 17+ year-old prostitute should be jailed. I’m quite certain that the young lady who traded her body for luxury items knew exactly what she was doing. Inculcate the right values in her, but don’t shoot her customers.

On the other hand, 12-year-old children who consent to sex with an adult are a lot like people who don’t know the exchange rate. It is one thing when two children explore each other’s bodies. It’s another when an adult wants to give a lesson on biology. Sure, the kids can consent to it, but would you, even as a bystander, allow the transaction to take place?