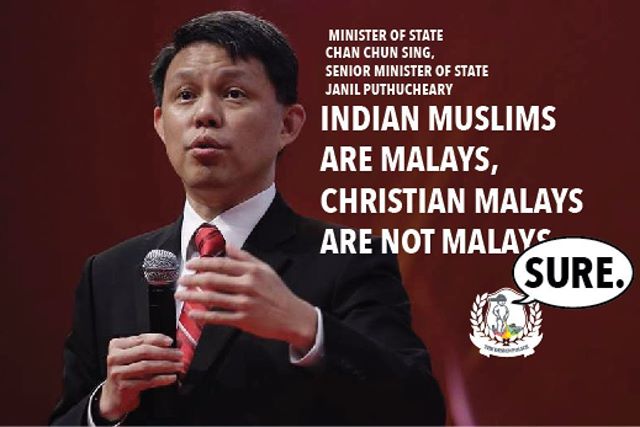 In an interview with the Financial Times on 28 May 2018, Malaysian Prime Minister Tun Dr Mahathir Mohammad said that the electoral victory of Pakatan Harapan coalition would reverberate across the Causeway.

He added that “the people of Singapore, like the people in Malaysia, must be tired of having the same government, the same party since independence.”

It’s a statement that is as bold and presumptuous as it is controversial and not surprisingly, it ruffled a few feathers. First of all, Tun M is not exactly entitled to speak for Singaporean voters. Generally speaking, I disagree with him because the numbers don’t lie. 70% voted for the incumbent. It may be more accurate to say that the majority of our people are more scared and clueless than they are tired. Being scared and clueless overrides all “tiredness”. Even for the minority who did not vote for the folks who are in power now, their objection may have more to do with the brazen and uncaring policies that virtually tossed us around, making our lives miserable in the last couple of decades.

In that same interview, Tun M confirmed that the High Speed Rail project will be dropped, saying that the HSR “is going to cost RM 110B and will not earn Malaysia a single sen.”. He was making good on his promise to review the HSR and other expensive projects so as to improve national debt.

I’m not sure if that ruffled even more feathers, given that our eager property developers and their equally eager investors at Jurong have been eyeing this seemingly idiot-proof, surefire investment. For the rest of us, I’m happy to say, the cancellation of the project may actually bring more good news than bad news. Regardless of how certain the HSR is to make “us” money, the real us are just as certain not to get any share of it. Hence, cheering for the cancellation of the project does not show which side of the fence you’re on. It merely shows if you buy into the narrative that mega projects like the HSR will somehow trickle down and benefit everybody. 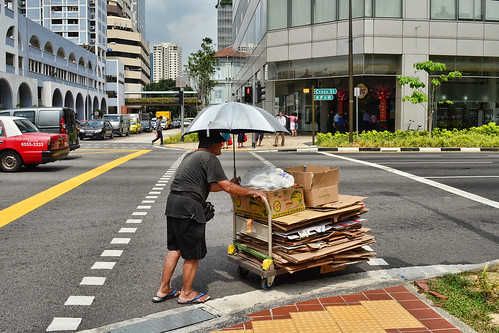 Interestingly, the “loyalists” who are angry with the current Malaysian government for cancelling our joint project and criticising our government, are accusing those who are not in the least infuriated by those actions of being disloyal and not “standing united” with them. That is not a fair accusation. The recent political tsunami did not merely result in a change of guard in Malaysia. It destroyed the old system and out of the ashes, a very different new team and a new system were born. Let’s take a look at some of the PH promises which they are keeping so far.

While Rome was not built in one day (and neither can the new Malaysia) my reaction to something like this is pretty stark – envy. And I’m not alone. Andrew Loh put up his own wish list.

1. They already know who their next PM is. (We are still pretending we don’t know.)

2. They are abolishing the GST. (We are giving advance notice of a GST hike so you can “prepare” for it, but we don’t know when it will be introduced.)

3. They are reviewing the role of the Election Commission.

4. They have a first woman DPM. (We have only just included women in the Cabinet.)

6. When something goes wrong, they have a 92-year old to come back from retirement to make things right. (Here, the one who promised to get up from his grave if things go wrong… well, I don’t think he can reverse the laws of time and death.)

Of course we also have our good points… like, we don’t have a thief as prime minister.

And oh, they have stopped F1 racing. (We are still carrying on with our F1 race, pretending that it benefits us.)

There’s more. Many of us have had firsthand experience with corruption in Malaysia. To be realistic, old habits die hard and it will take a long time to root out corruption completely (if that’s even possible) in Malaysia. But even a clean government squeeze the people dry. How much does it cost to maintain our public office holders?

No, I’m not tired of this government, but I’m certainly very, very envious. As someone who doesn’t buy and read the newsPAPers, I’m very concerned about press freedom (or the lack of it) in Singapore. The unfortunate thing is that our “alternative press” is still somewhat amateurish, inadequate and not always reliable. The even more unfortunate thing is that most Singaporeans don’t really care. With Tun M’s new government (and his new ways/outlook), more press freedom will be allowed in Malaysia and we can already see their journalists heaving a sigh of relief. Malaysian readers can look forward to more “sensitive” stories getting published, including advice on sex in tight spaces.

So is it true that our “loyalists” agree with the restrictions on our press freedom and would rather have government mouthpieces talking down to them and deciding what they should and should not read/watch/know? Would you believe that many of “us” don’t really care? How do they expect the other “us” to stand united with what’s really “them”? What have I got to say about the press freedom and the right to hold peaceful protests in Malaysia now? I’m so envious!

Finally, do our “loyalists” believe that we have a dream team of 4G leaders who will steer Singapore towards a brighter future for our kids? Will they not do well with some tips from the likes of sugar tycoon Mr Robert Kuok? I’m sure there are a few Singaporean veterans in the private sector (the real world) who can give good advice to our leaders. The highly critical Mr Sim Wong Hoo, for instance. Are our leaders seeking his advice? Or is Mr Sim not a suitable candidate because he is not a “loyalist” who fully supports the intentions of “higher HQ”?

Malaysia has a 92-year-old Prime Minister and a Council of Eminent Persons headed by 80-year-old Tun Daim Zainuddin. Indeed, they see that old is gold. The old folks who once held important positions and have vast influence don’t need to make use of SkillsFuture to retrain themselves to do menial jobs. They are still wanted to give advice and make the important decisions that they once made. Again, if you ask me how I feel, I’ll tell you that I’m very, very envious. 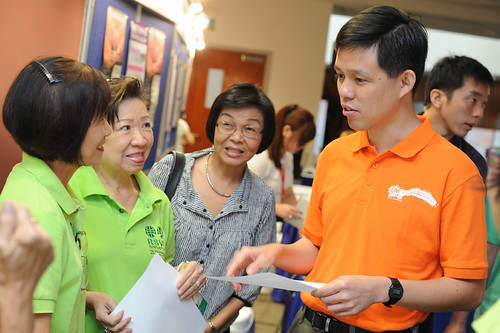