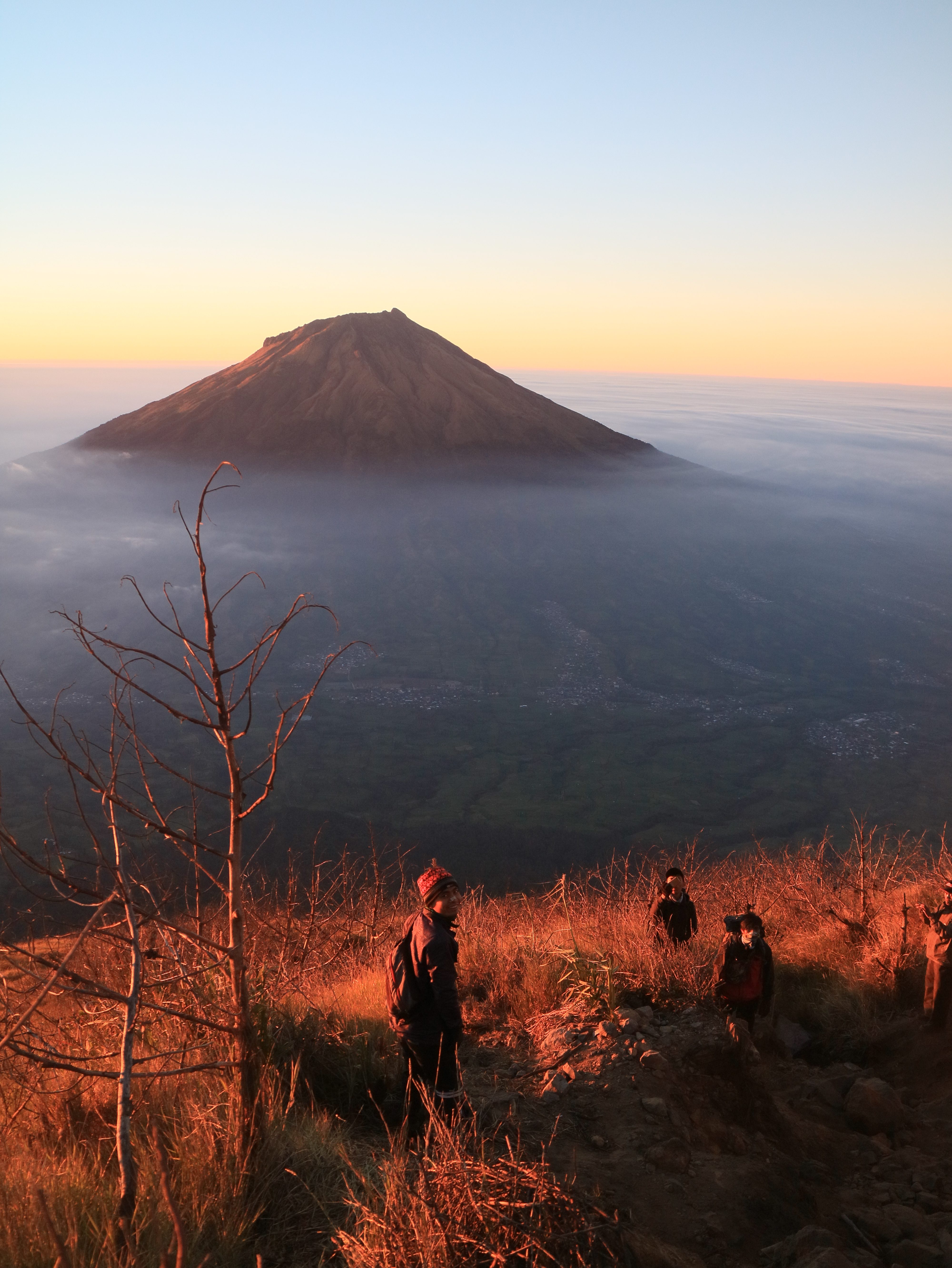 It’s better late than never, but it’s still with regret that I only managed to visit Indonesia for the first time in 1993. I was already 29 with not that many years remaining to go on adventure trips – or so I thought. I remember that was an ambitious trip, spanning the length of Pulau Java from Jakarta to the port of Bangyuwangi at the eastern tip of the island. From there, I sailed to Bali – distant enough to be in another time zone. And of course, the things I saw, the experiences I had were very different from those of the casual visitor on a guided tour. Indonesia is a diverse country, 3D is every sense of the word with a colourful culture, tortuous history and landscapes varying from the earthly to the most unearthly. 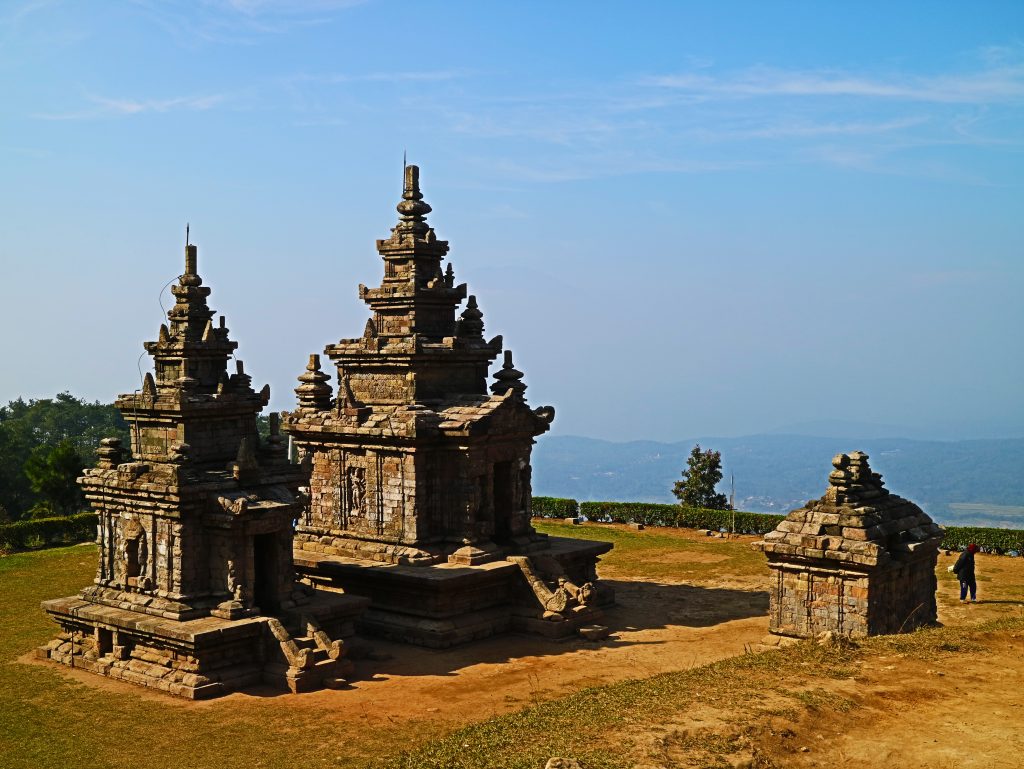 Since then, I’ve never stopped visiting Indonesia. It has some of the most beautiful scenery in the region (if not the world) and it offers great value for money. So when I hear Singaporeans say : “Go to Indonesia for what, so hot, so dirty …” or “don’t make me waste my money on a Third World country”, I have to suppress the urge to give them a knock on the head.

Of course, I’m not the only Singaporean who has discovered the often overlooked attractions of Indonesia. From time to time, some Singaporeans do organise trips to climb the many volcanoes in Indonesia. To do that, they would search online for some agency in the nearest city that organises such trips. The agency provides an English-speaking guide (actually a manager) who would then engage a local guide to organise all the logistics and do the actual work. It’s not expensive for a group, but for solo trekkers like me, it can be quite wasteful.

That’s why I skip all the booking, travel to base camp, pick my guides and arrange the logistics on the spot. These guides were often found by ojek riders (motorbike taxis) and sometimes by warung (Indonesian makan place) owners at base camp. Everything is quite informal and the middlemen always extract a commission – which is fair since I’m taking up their time. In any case, they take much less than an agency in the city. Over the years, doing my trips this way has not only saved me a ton of money, it has also helped me build up a very useful vocabulary in Bahasa Indonesia.

The video below was taken at a warung at Sindoro base camp on my latest trip.

My guide was talking to the very capable young lady boss who prepared the tents, food and utensils for the climb. She was calculating the total damage at the end of the trip – $40. My guide and porter cost me $70 each for the two days. Incredible? Well, the guides used to be much cheaper. They could have done the same (well, not quite the same) for $30 some 20 years ago, but make no mistake, I don’t miss those guys at all! Those were guides from hell. They walked on their own and expected you to just follow. They wouldn’t even bother to look back. When you need a little more water, they would expect payment for collecting water from the stream. At the end of the trip, they would even “persuade” you to leave some of your belongings behind! For this reason, I did not go on such Indonesian expeditions as often as I could have.

But in recent years, the guides have become a lot more professional. They now wear proper boots and jackets – not slippers and sarong. Like Sherpas in Nepal, they pitch the tent for you, cook for you and serve you dinner and coffee in your tent. On a precarious stretch, they would even position themselves to catch you in case you fall. 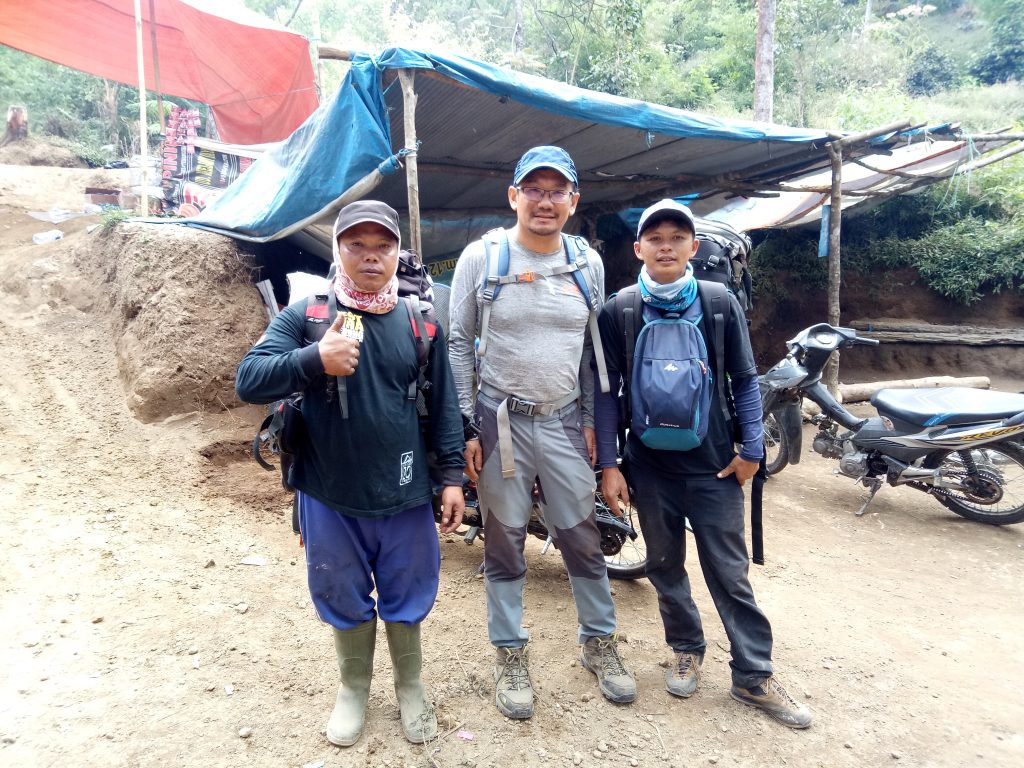 I would gladly pay more for these folks. They’re are far more responsible and professional than their predecessors. And that’s not the only thing that has changed on Indonesian mountains. The young people climbing these beautiful peaks have become more responsible too. In spite of the load, they now carry huge trash bags filled with rubbish down the mountain. There are no rubbish bins, no garbage collectors. Civic-minded Indonesians have organised a movement without any government initiatives or partisan leadership to keep their mountains rubbish free. And because of this new awareness and effort from the youngsters, Sindoro is cleaner than a lot of other mountains. It’s likely that the movement will extend to other mountains soon. 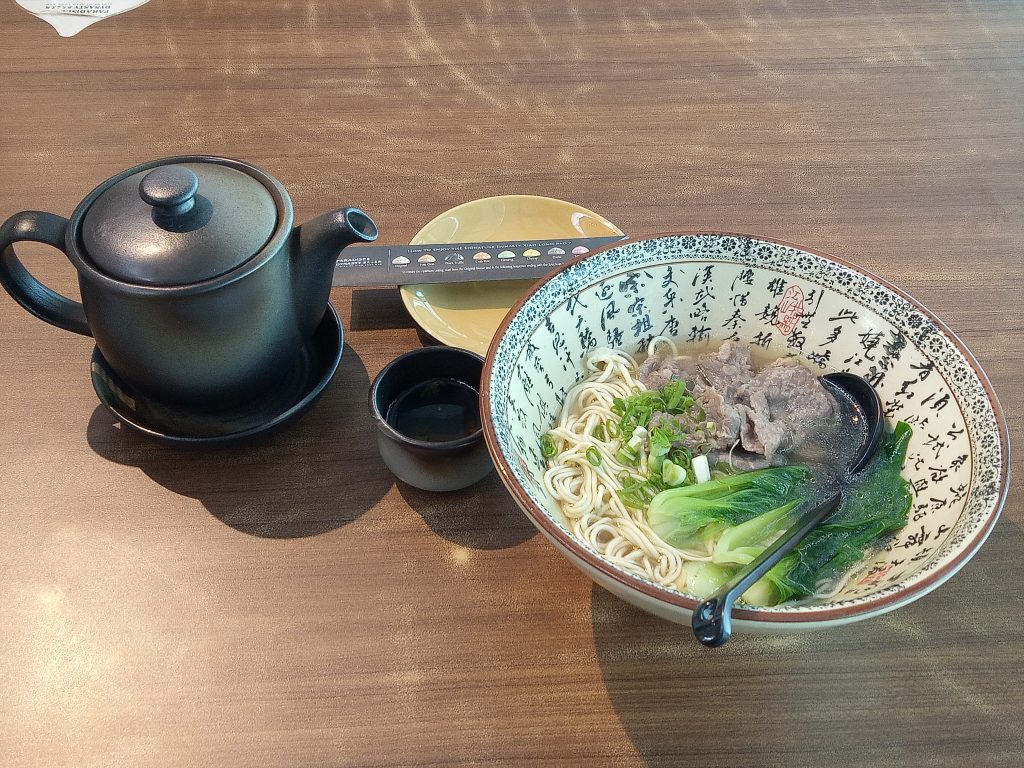 And did I tell you about their very tasty $10 wagyu beef lamian (pot of jasmine tea $2) at Terminal 3 of Soekarno Hatta Airport in Jakarta? For that price, you’ll only get a soggy and tasteless nasi lemak at Changi Airport – self service to boot. The thick carpet and “Changi experience” will only get you so far. Where’s the value?

Just before GE2011, a TV programme showed a very famous female minister telling us to “look around you” to appreciate what “we” (they) have done for the country. But what has been actually happening in Singapore? Around that time, I went to a gift shop to buy a present for a friend. When I asked for the gift to be wrapped, the clueless teenager manning the shop just stared blankly at me and said she didn’t know how to wrap the present. That never happens in gift shops in Thailand where the folks operating gift shops are not only skillful but passionate about the business. In contrast, many businesses here have been taken over by big corporations or passive investors hiring cheap, poorly trained and unmotivated labour.

Clinics managed by some of these corporations no longer display the doctors’ names as the turnover is very high. That in turn is caused by (and also leads to) the lack of a sense of ownership and belonging. People (often temp staff) are employed to dispense food at food courts. They likewise take no ownership over the quality of the food just like the clueless teenagers who are employed to do menial jobs like collecting money at gift shops. As fewer and fewer people want to go into sales and services, the standards in these industries inevitably become very mediocre. This is a most unhealthy state of affairs for Singapore as a whole, yet all the emphasis is on keeping leadership above mediocrity – whatever that means.

In other areas, mediocrity is well tolerated. Our food is not as good as it used to be, yet people queue up for it. Our service industry has become so pathetic that I’ve come across foreign waiters at Japanese restaurants who have no idea what tempura is. They are still being hired because they are cheaper or because the employer is desperate. Yes, look around you. Look at our train service, our F&B and retail industry. Prices keep going up but standards have gone down. Incomes have not risen much, purchasing power remains low, but people are still able to enjoy life, travel to other countries to shop and show off because they are quite comfortable with their ballooning debt. Do you call this progress? How much do we have to thank those who have led us into this situation? 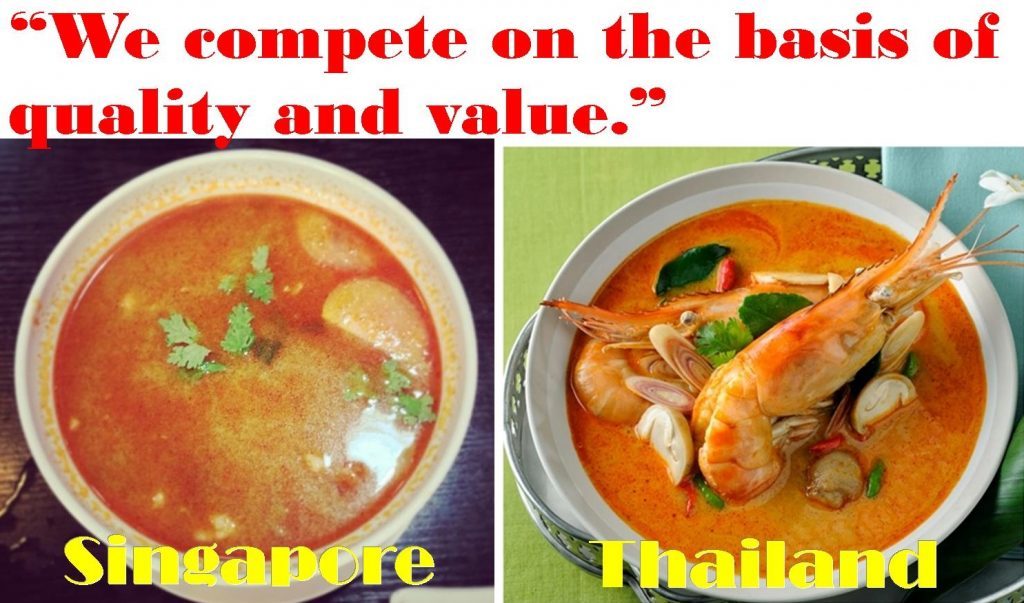