Why Not Practise What You Preach? 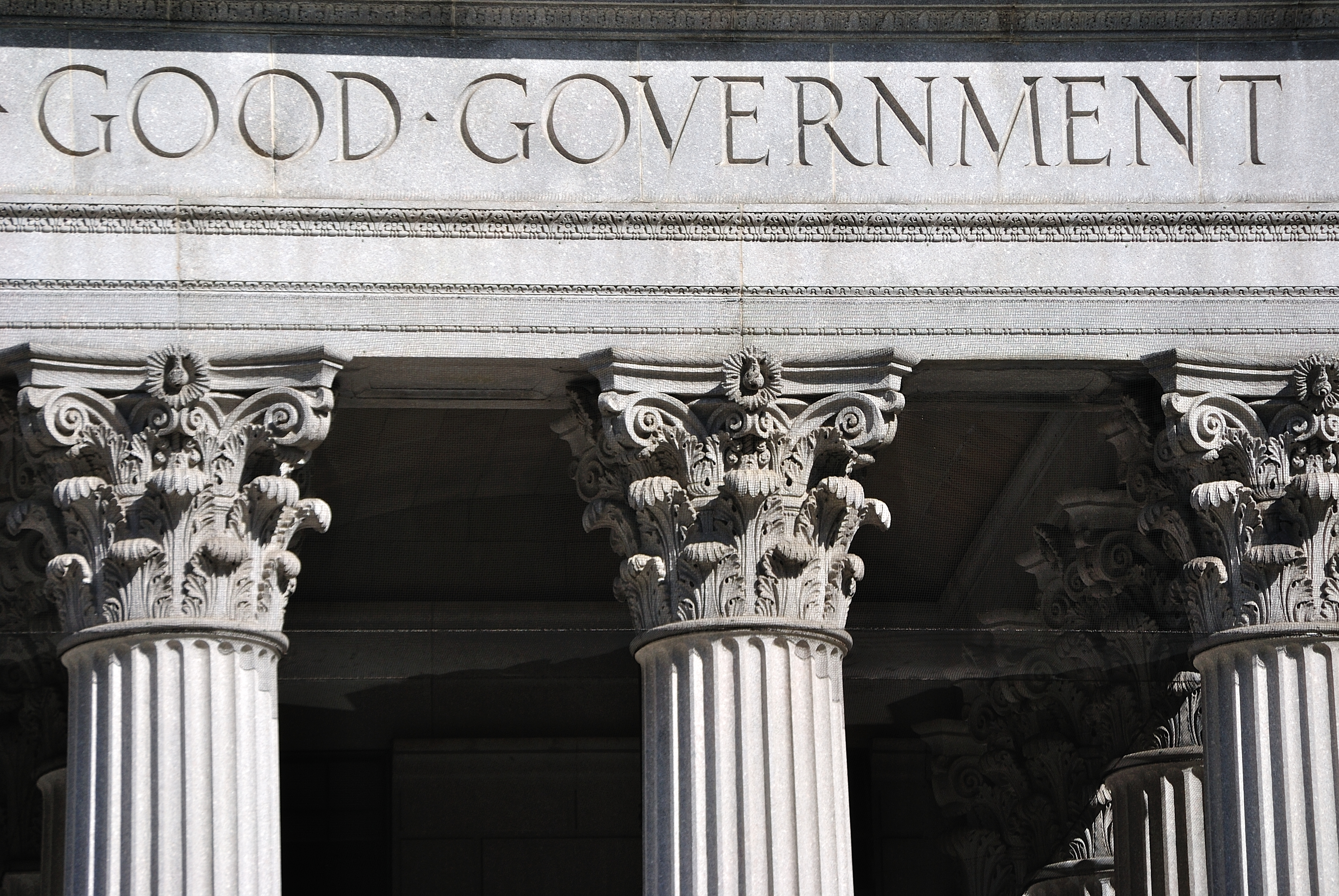 Some 30 years ago, when my relatives from China visited us, they were glued to our TV sets. They loved our Chinese drama serials. They remarked that there was nothing so “realistic” in China. Thanks to the very down-to-earth plots and situations, our Chinese dramas attracted a huge following in China. When crossing the Khunjerab Pass on the Karakoram Highway in the 1990s, a Chinese border policeman even asked me if I knew Pan Ling Ling.

The budgets for these TV drama serials were probably huge back then. We had them shot on location in exotic places like Turkey, Yunnan, Beijing, Korea and Jiuzhaigou.

Our Star Search competition attracted hopefuls from China! That was a time when I watched our Chinese drama serials with all the uncles and aunties and didn’t feel ashamed of it. But things changed. Taiwanese drama production went up a notch. Korean dramas took the world by storm, conquering even China. Even the folks in China were producing pretty watchable material. What happened to us? We went back to the old themes of men and women in uniform. We even had to feature the lives of property agents. Our cameras didn’t go further than Thailand. Same old faces. Same old themes and plots. That was when I began to feel ashamed watching these shows alongside the uncles and aunties. Our TV dramas were in regression. When I visit China nowadays, nobody talks about Jeanette Aw, let alone Pan Ling Ling. 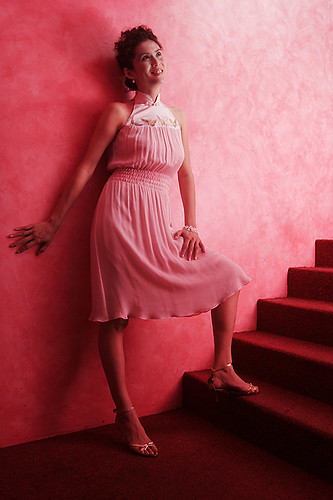 It’s not difficult to spot a business or an industry that is in regression. It’s sad but undeniable that musical, acting and artistic talents are moving out of Singapore. Fortunately or unfortunately, we don’t depend on our drama serials the way Korea depends on K-pop. So I guess for that reason, we have stagnated and allowed ourselves to stagnate in this field.

Even though I don’t seek advice from fortune tellers, bad advice often comes knocking on my door. Having said that, a lot of the bad advice I received are actually good advice for the adviser’s situation or perspective. They just don’t know me or my plans or situation well enough. Take for example my mother’s advice to wear cotton shirts as they are more comfortable. In this hot and humid environment, that’s actually good advice. But what if I were trekking in the highlands? Cotton shirts would be a disaster. They soak up sweat and feel like a sheet of ice.

Talking about sweat, I was at a winter clothing store in Singapore a few years ago and I wanted to buy a down jacket for my son. The shop assistant gave me a thick jacket made of some impermeable plastic material. I told her I wanted something breathable (透气) and she was shocked.

“So that water vapour can escape and not condense inside.” I answered.

“But you won’t sweat when it’s so cold.” she argued.

Forget it. I didn’t have time to get this across to her. Sometimes, the conversation would go like this:

Friend: “Where are you going.”
Me: “Nepal.”
Friend: “You dare to go ah? Mountain sickness can be deadly one you know.”

Friend: “When are you going to Australia.”
Me: “June.”
Friend: “Very cold leh. You can tahan or not?”

Friend: “Where are you going?”
Me: “Home. Need to cook.”
Friend: “Cook what? Instant noodles?”

Not wanting to sound like I’m blowing my trumpet, I would normally just smile and walk away. Sometimes, even among friends we think we know quite well, we may not be aware of their weaknesses and capabilities. That’s why it’s so important to size people up and make sure we are qualified before we give them advice. For all we know, we may end up teaching our grandmas how to suck an egg.

At this year’s National Day Rally, our Prime Minister gave some very interesting as well as insulting advice on how to manage the rising cost of living. He advised us to make small changes – save water, save electricity, and at the same time, shop around for the best prices, and be a smart consumer. He cited mobile phones, infant milk formula and hawker centres to give tips on how people can save on phone bills, bringing up their children and food.

With mobile phones and an Internet connection becoming necessities, especially as Singapore moves to become a Smart Nation, Mr Lee said, telecommunication bills are bound to grow. Suggesting how people can reduce their phone bills, Mr Lee said they should watch their data usage by using the Wi-Fi network at home to download movies into their mobile phone, instead of using the 4G data network when outside, or using the free (and often useless) Wireless@SG network available at some public places. On food, Mr Lee said eating out typically costs more than cooking at home, and pushes up the cost of living.

I didn’t watch the rally, but I would have smiled and switched off the TV. These are things which even my teenage children know without me telling them. This is incredibly disappointing and embarrassing. Why must we be “lectured” to look after our own wallets? As mediocre folks surviving on incomes far lower than our ministers’, aren’t we much better qualified to give advice on cost savings to them instead?

A day later, to add insult to injury, Second Finance and Education Minister Indranee Rajah went on radio to substantiate our PM’s tips on how to spend less. She explained:

“And I think what PM was doing yesterday was to really explain some of the reasons why some of the costs have gone up, some things are unavoidable. You look at our electricity prices for example. That’s tied obviously to the price of oil that we buy, so that goes up and down.

Does anybody remember getting a huge discount for electricity in 2009 after a 70% drop in oil prices? I don’t. Here’s the transcript of what Ms Indranee said on the radio show.

“But the question is how can you alleviate that. You do that through the U-Save and the subsidies right? So Government can do its part by providing the options like now introducing more polyclinics, as you’ve pointed out, and also introducing more hawker centres.
“But it’s also about choices. Because if there are 2 or 3 diff things, is it always necessary to choose the most expensive one? Possibly not.
“Because so long as the lower cost option does provide you with what you need – and Prime Minister cited milk powder for example, it’s a good example of that. And the problem is also exacerbated by the fact that you have the companies who sell things, which also make representations about it – again in the milk powder context right.
“So we want to be able to make sure that firstly, there are options that people have options to buy the different things at the different prices. And the other important thing is to also make sure that you have the information available so that people can make the right choices.
“And where something is where the cost is relatively high, you provide assistance with it. So take housing, for example: Housing for young families is subsidised, especially for the first-timers. It’s a big cost item but the Government will do its part and put in the subsidy.
“But also for the person who is buying, think about whether it should be really a 5-room or a 4-room or a 3-room – whatever it is that is right for your budget.
“If you look at preschool, we are putting in more options. Also, we’ve heavily subsidised the childcare, for example.
“So it takes two. The Government will do its part – that is our commitment. We want to make sure that Singaporeans are able to manage their cost of living, their daily expenses. But at the same time, we hope that people will also think through what they are able to afford and manage and also to make the right choices.” 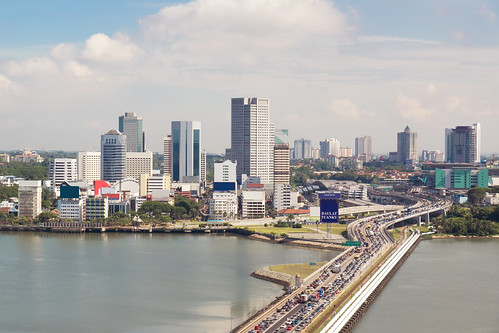 What a huge amount of words which mean so little. And all this seems to indicate that the minister is under the impression that we are feeling the pinch because we are so foolish that we spend on things which are unnecessarily expensive; and if we take her advice and choose cheaper options (forget about personal preferences and favourites), all will be well and good. Perhaps she should also advise our drama producers to get Uni Qlo to provide Pan Ling Ling’s outfits. But is overspending the root of the problem? Could it be something else? Should we instead look at the reasons for people to stop watching our Channel 8 dramas?

I remember very well, many years ago, our PM (then a very new minister) said that if everyone is using Windows and you’re still using DOS, you’ll be in trouble. Parents enroll their children in expensive classes and courses to enrich their children’s lives. Most people from my generation didn’t have that opportunity, but society has changed. Standards have changed. Expectations have changed, our civil servants, our office holders and their paychecks no less.

People go on holidays because they need to de-stress after long and demanding schedules at the workplace. A friend who used to work for a stat board before he retired told me that they had holiday allowances. Why not anymore? Has that organisation regressed? I’ve always promoted homecooking, but I also understand that people eat at economical rice and zer cha stalls because it’s actually cheaper and a lot less time-consuming than cooking all those dishes yourself. I cook because I enjoy the whole process and have the time. Not so for the average family where everyone has a fulltime job.

But I thought this is supposed to be a progressive and not a regressive society. We’re supposed to be one of the richest countries in the world. But as obviously as the decline of Chinese drama serials, our own personal lifestyles have gone from high budget to low budget. And apart from the publishing industry and Chinese drama serial production, what else have regressed in this country? Strangely, Singapore registered a GDP growth of 3.6% in 2017 – enviable by any standards. Why then have our incomes not improved enough to give us greater purchasing power? Why do we need our Prime Minister to give us tips on buying cheaper stuff on his National Day Rally? Why did our Prime Minister waste valuable airtime giving advice which we are already following without any prompting from him? Why does he think he knows more about bargain-hunting than the average auntie? Why is it getting harder and harder for people to make ends meet while our leaders continue to draw incomes which are the highest in the world? If our leaders follow their own advice while shopping, will they need such a high pay? Or are our standards of living not high enough for the natural aristocracy?

Finally, could there be a mismatch between the official figures and our leaders’ actual performance? Is Tun Mahathir right? Is Singapore really a poor country? 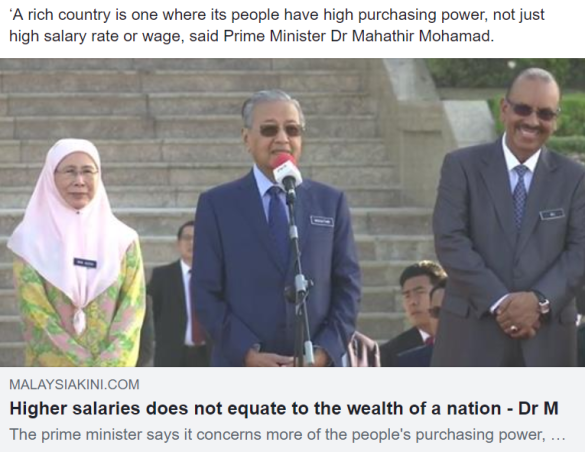