It has been a little more than 2 weeks since our return from Incredible India. The kids are back in school and still recovering from the harsh assault on all their senses. Even I can’t help feeling that I’m still in India when I walk past a playground here in Punggol.

So why India? Quite a number of people have asked me this simple yet difficult question. I could have quoted Mark Twain, but then, I guess that wouldn’t have helped to prove my sanity to Singaporeans, partly because most Singaporeans don’t know who Mark Twain was and partly because Singaporeans tend to doubt the sanity of mavericks. Anyway, this is what Twain said:

“So far as I am able to judge, nothing has been left undone, either by man or Nature, to make India the most extraordinary country that the sun visits on his round.“ 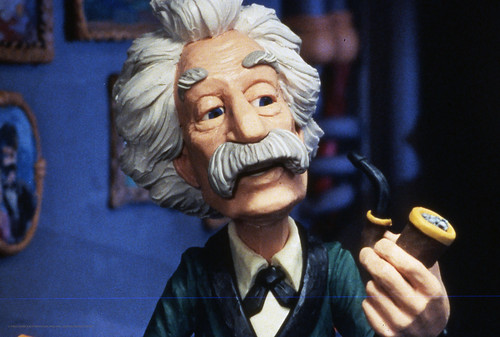 There, I’m afraid I may not have done Mr Twain a favour. Many Singaporeans will think that we’re both mad. That sits quite well with me for frankly, instead of feeling insulted, I would be deeply honoured if people see me as a Singaporean Tagore or Twain even though I clearly don’t deserve it. Catherine Lim? Yao mo gao chor ah?

While most people travel to enjoy, the shallow ones mistakenly assume that I’m some lunatic who travels to suffer. That can’t be further from the truth. Like the Buddha, I believe in a middle path. We all aim to escape from suffering and counter-intuitive to the Singaporean way to perfection and excellence, that cannot be achieved by the constant pursuit of pleasure. Below is an impromptu video I recorded in Nepal at the end of a winter trek in December 2017.

Of course, Nepal is far less chaotic, frustrating and annoying than India, but the small, old former Himalayan kingdom (now a young Himalayan republic) is supposed to be a lot poorer than India. Why then is it that Nepal is so much more pleasant? I’ll come to that in a moment. Meanwhile, the usual comments we get from Singaporeans over the horrifying things we see in India are “see how lucky you are to live in Singapore” and “you should appreciate what we have here” (i.e. complain less).

Indeed, the occasional delays and lack of announcements on the MRT during breakdowns are not as bad as what we’ve experienced with Indian Railways, but within Indian society, there are actually many similar manifestations of the same human nature right here in Singapore.

Take the loading/unloading (usually unloading) bay just outside the Ang Mo Supermarket across my block in Punggol. Trucks carrying goods sold in the supermarket need to unload their wares here. But as you can see, the bay is almost constantly occupied by cars that have no business to be parked there to inconvenience delivery drivers and workers at the supermarket.

Most of these offenders are customers at the food centre or the supermarket and unforgivably, the car park is only about 50m away from this bay. The cost of parking is also a negligible fraction of the price tags for these cars. Even more interestingly, the usual offenders are drivers of Mercedes and BMWs. Why don’t people find them insane? That’s because in the context of our meritocratic society, these folks are easier to understand.

A Singaporean woman parked her car in a loading/unloading bay next to a minimart. Truck driver parked next to her. Woman couldn’t get out. Sounded her horn so loudly that the whole neighborhood could hear. Truck driver from China appeared 10mins later. Woman had the audacity to scold him and tell him that he could have parked (illegally) somewhere else.

This is “acquired aristocracy” in action. By virtue of her perceived social status, her convenience comes before that of everyone else “beneath” her. So what is it that has brought about the evolution of this obnoxious social class? As winners under the meritocratic system, they believe they can act like brahmins.

Back to Nepal, the country may be poorer but there’s a lot less inequality there. They don’t have as many billionaires and millionaires or any Fortune 500 companies for that matter, but they also don’t have as many beggars and destitute people living under the most squalid conditions imaginable. Nepalese are nicer people and serve their customers a lot better. I even believe they are happier than a lot of Indians. So what if they don’t have any impressive numbers and economic indicators to show the world?

The good thing about Singapore is that there is rule of law. No one can kill you and get away with it. No one can slander the government, misappropriate church funds, torture their maid, molest your daughter, throw a brick at Parliament House and walk away scot-free. The bad thing is, people are only punished for breaking the law. They are not punished for being insulting, nasty, bullying and obnoxious. And such behaviour can cause far more damage to our souls than minor offences like walking around with a mirror.

I’m not sure what you’ll get if you’re caught parking in a loading/unloading bay, but you can scold and bully someone of lower social economic status even when you’re the one in the wrong. Nothing will happen to you unless your deeds go viral and the court of social media finds you guilty. If you’re worried that it’s bad for business, you’d only need to apologise. Does it change or humble the perpetrator? I don’t think so.

Apparently, the culprit is a man who drives a Lexus. Now that’s a little surprising because you normally don’t get successful people in this country feeling pissed off with the government. However, we do sit up and listen when a smoker says he wants cigarettes banned. If a Dalit or someone from the untouchable caste wants to abolish the Hindu caste system, it will be difficult for him to convince us that he’s not doing it for selfish reasons. Similarly, the Buddha’s way to happiness would have sounded hollow had he not been a prince who had renounced his kingdom. I’m more convinced by people who push for a cause that does not favour them than those who have vested interests in what they are fighting for. But then, some people’s minds work a bit differently from mine.

We don’t know what exactly Mr Brick Thrower’s situation is, but by and large, Singaporeans who are seemingly well off (like Lexus owners/drivers), are generally supportive of the government and its existing policies, most of which they trust will benefit them without any questions. Perhaps Mr Brick Thrower had gone mad. Perhaps he had some awakening and finds our society mad instead, but in an online discussion on expiring HDB leases not too long ago, I discovered that many Singaporeans were actually confident that the government will somehow bail them out! In the latest case of Medishield Life paying just $4.50 of a senior’s $4,477 post-subsidy bill, some folks in the discussion are not even aware that Medishield Life is compulsory and they are already paying for it!

Singapore is not that different from India in that we also thrive on blissful ignorance, peaceful inequality and an obsession with wealth and economic indicators. It doesn’t matter if you’re an asshole. There is no poetic justice, let alone punishment for being selfish, ungracious, inconsiderate and difficult. As long as you have money to spend, someone somewhere will be eager to serve you or sell you something. No one will ostracise or boycott you just because you’re an asshole. Conform to the system, toe the line and you’ll be rewarded. As with India, change can only come about with some awakening within the powerful elite class.

There really isn’t that much difference between India and Singapore. Both have some unofficial caste system. Both are reluctant to fix the ills in the system for fear of bursting some prosperity bubble and both thrive on blissful ignorance. And in both countries, the commoners are so powerless that if any change is to happen, it will have to come from some awakening within the elite class.