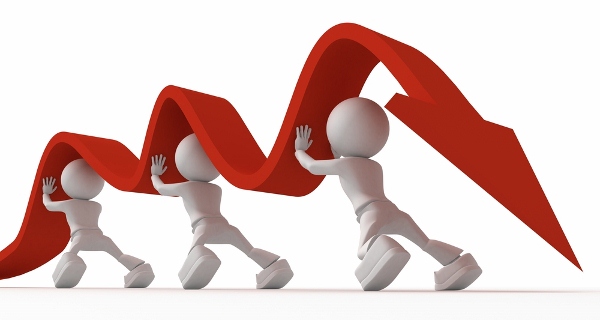 My son will be taking his national exams this year. Not being academic enough to further his education in the realm of doctrines, I’ve been ruminating over less demanding, more down-to-earth IHLs and career options with him and his teachers. While we all try to focus on the immediate future of his learning journey, the fate of many of our middle age PMETs in this country is most worrying. What will things be like when he gets there one day?

The latest labour marker report, released by the Ministry of Manpower (MOM) on 14 Mar 2019 shows that the proportion of PMET retrenchment has hit an all-time high while the number of foreigners on S-Pass has increased.

MOM revealed that Professionals, Managers, Executives and Technicians (PMETs) account for a whopping 79.3 per cent of retrenched residents in the last quarter of 2018. Overall, this means that PMETs make up a staggering 75.8 per cent of all retrenchments for 2018 – 3.8 per cent higher than the total PMET retrenchment of 72 per cent in 2017.

I’m not sure if it ought to be surprising, but news and opinion pieces like this are often brushed aside by many Singaporeans while it disgusts and worries others. My primary school song says “united we stand, divided we fall”. Though this may not be politically correct in today’s context, it still rings true in our uncaring, “you die your business society”. If we’re all Singaporeans, why are some of our ideologies and opinions vis-a-vis liberal immigration rules and employment policies so diametrically different? What is it that divides us? Before we go into that, let me share a little story.

Decades ago, I met a young and promising Singaporean while trekking in Nepal. He had just graduated from university and wanted to spend a year or so seeing the world before he started work. Let’s call him K. Unlike many of his classmates who travelled to Europe after graduation, K chose to go to Nepal to experience something different. Indeed we had a lot in common.

Back in Singapore, we met up regularly and became friends. Then, K got married and we drifted apart. When I found him on social media a few years ago, I discovered that he is now a financial planner, and a very successful one at that. He also has a daughter in primary school. But the biggest change in K must be his attitude and outlook in life. First of all, he had abandoned his charming, thought-provoking philosophies. In their place, is a very simple and calculative plan. In the past, a meeting over coffee or lunch was just a meeting over coffee or lunch. Now, he had to gain (sell) something over coffee or lunch. His time has become a lot more “precious” and he can no longer waste it on idle talk and casual chats.

Like many high income Singaporeans, K is a property speculator. While most of the folks in my age group are worried about foreigners stealing our lunch, crowding our MRT trains, the colonisation of our playgrounds, property prices going through the roof and the foreseeable future of saddling the next generation with onerous mortgages, K and other landlord wannabes are only concerned that nobody is renting or buying their overpriced assets which they had foolishly assumed were bao jiak.

There is nothing wrong with genuine landlords who have finished paying their mortgages and renting their properties out. But there are folks who think that there’s a cleverer way. They think they are smarter when they buy up properties they actually cannot afford, then use rental income to pay for the mortgage. It’s a risky, highly speculative move. When even the gossiping aunties at the market can teach us such investment strategies, you know that it’s bad news. Get in at your own risk.

The trouble with Singapore is that we are small and difficult to end up with an oversupply of living spaces. Nevertheless, I remember the time circa 2002-2004 when there were many unoccupied flats in Punggol. Most working and middle class Singaporeans did not lose sleep over it. In fact, those in need of living space could just walk into the HDB office and buy one of the “leftovers” (something which yours truly did). The landlord wannabes like K, however, were not so happy. With the glut of unsold properties, their dreams of easy money and self-paying properties crumbled.

The sagging GDP and housing market were swiftly rescued. Note that it corresponds to a massive influx of foreign immigrants from 2005. It doesn’t take a genius to execute this plan, but what are the consequences? For the majority of us, there was no cause for celebration. Our trains and buses became overcrowded. Waitresses at Japanese restaurants have never heard of tempura. A few years later, the trains started breaking down and the waitresses have become Singaporeans but remain monolingual and socialise only within their insular, exclusive communities. More things were happening. Our PMETs started getting replaced by younger and cheaper foreign talent. An increase in population should have brought about an increase in business opportunities, but the increase in costs and competition quickly cancelled out most of the advantages of a bigger market. Only the monopolising GLCs prospered.

Of course, not everyone was unhappy. There were some who benefited from the massive influx of foreigners. The empty units at Punggol started filling up. More housing and commercial units sprung up all over this once attractive frontier town. Labour intensive businesses backed by foreign investors spawned numerous branches all over the island, saturating almost every industry. But it was not all nice and rosy.

Our PMETs were starting to struggle. CPF payouts got pushed back with increasing minimum sums, but long before retirement, came retrenchment, with many IT folks being hit as young as age 40. Managers couldn’t get managerial posts anymore. They ended up teaching in primary schools or even driving taxis. One top computer science graduate ended up organising funerals.

Ironically, parents are still hankering for good schools for their kids. Our institutions are ranked among the top in the world. We boast that our PICA scores are highest in the world. It’s a horrible insult for our local graduates to end up being replaced by cheaper foreigners with far less coveted degrees. What’s wrong with Singaporeans when they turn 40 or 50? What’s wrong with our world class schools for not training them to be more in demand than foreigners from universities ranked far lower than ours?

I’m one of the lucky ones whose job has not been affected by the supply of cheaper, better, faster foreigners. But all around me, are engineers, technicians, managers and IT professionals who had lost their jobs. I have friends and relatives in that situation. If K were in that predicament, I would certainly feel sorry for him. Sadly, the new K is not someone who can be bothered with others. People like him are even suggesting that activists who speak out for the downtrodden are locked up and silenced. I’m guessing that he is also one of those “clever” ones, now caught in a bind when his self-paying asset strategy is not working.

So often on social media, you’d see K putting his fellow Singaporeans down, calling them all sorts of names from spoiled to lazy and irresponsible. To him, they deserve to have their jobs taken from them. He calls them whiners with a sense of entitlement. He attributed every single problem Singapore is facing now to the tightening of immigration rules in response to whiners on Facebook. K keeps repeating the tiresome chant that our forefathers were immigrants and we should therefore keep the doors open for them. So if we let foreigners sit on all PMET positions and let Singaporeans drive Grab, all our problems will be solved? Yao mo gao chor ah? After a while, I began to wonder if K was saying all this because he truly believes in it, or is he in trouble and desperate to rent out his properties which he had never planned to pay for from his own pocket.

The problem of manpower shortage is indeed a serious one. But there could be even more serious problems when employers have an ample supply of manpower with qualifications which are not readily verifiable. So what do they do? They just conveniently assume that the qualifications are real. The most notorious and embarrassing case must be that of former polytechnic lecturer Mikhy K. Farrera-Brochez (of HIV leak infamy). He is just one of many who have been discovered in recent years. I wonder how many remain undiscovered as they treat patients in our polyclinics. Well, one of our locals seemed to have gotten into the act too.

I often wonder if this is the case with some of the folks who welcome a population of 10 million or even more. When people are desperate, they ignore the fact that Singapore’s population has already doubled between 1988-2018, making it one of the fastest growing populations (through immigration) in the world. Does this look like an insular nation? Quite the opposite. This is one society that is always taking the quick and easy way out to bring in taxpayers and investors.

“Money is everything. Innovators starve. Foreign investors are courted by EDB. The system has no need of singaporeans. They become weak and dispirited. Is there any way out? There is but it takes great will and new mindset. “

Yes, Singapore is prosperous by any measure, but are we still using the same outmoded model for success ? Is it sustainable? Can we afford not to innovate? How many speculators in properties that supposedly pay for themselves can we support? If everyone jumps on the same bandwagon, are we surprised that it doesn’t move? If these strategies don’t work, who do people like K blame? They blame us – the ordinary down-to-earth Singaporeans who make productive contributions to the country. Who’s the whiner now?

I’m not sure what the demand for financial planning is like today, but for K, he is not in the high risk group of engineers or IT professionals who may end up driving Grab in their 50s and 60s. Unfortunately for the rest of us, people like K may never understand why so many others in his age group do not share his support for our liberal or even indiscriminate immigration policies. Perhaps one day he will, when it’s his daughter’s turn to face the realities.