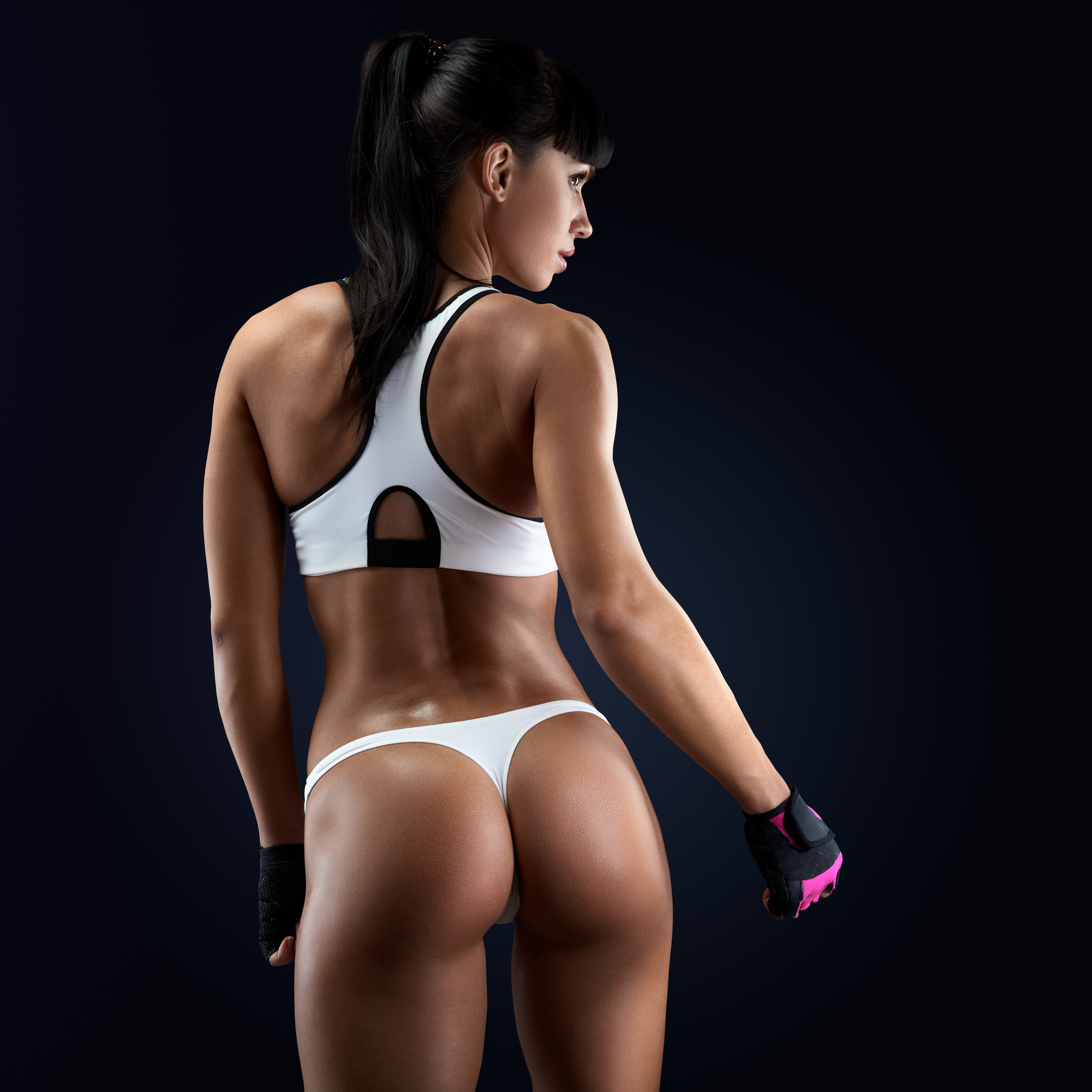 In ancient China, Buddhist monks were supposed to be celibate, vegetarian and teetotalers. What if a monk who preached abstinence from sex, meat and alcohol were caught feasting on meat, wine and women? The devotees probably demanded to have all their donations returned. They probably also stoned him to pulp for good measure.

Something of that sort happened in this century when one of the hottest promoters of vegan diets on YouTube and Instagram, Miss Yovana Mendoza Ayres was caught eating fish in a fellow influencer’s video shot in Bali.

Like the wayward monks of ancient China, it is believed that Yovana Mendoza Ayres has been faking her lifestyle and duping 3 million fans into buying her Rawvana products which include books, workout videos, beauty tips, recipes, vegan protein powders, kitchen gadgets, fitness gear and meal prep containers. She even sells meal plans and weight loss programs, including a 21-day raw challenge, that sell for up to $99.

Yes, everyone’s body is different. Something that works for your guru may not work for you. Worse, your guru could be some dishonest showman (woman) who hasn’t touched any of the products that he/she has been recommending to you!

Many of the web’s pioneering internet celebrities were simple folks who shared their experiences with certain products, services or travel destinations with others. Their reviews were deemed more objective than advertisements by manufacturers and service providers. Over time, they gained trust and influence from fans and followers. Quite justifiably, their recommendations and opinions were taken more seriously than those with vested interests.

Then, the manufacturers and service providers realised that they could, instead of advertising on newspapers, magazines and TV, promote their products through these “influencers”. Money started changing hands and the whole game was totally transformed with more products and more wannabes hopping in. When the cool and sexy influencers came onboard, all hell broke loose. Recommendations were no longer objective. Star bloggers and Instagramers promoted crap for money. Many (or even most) of these influencers became as reliable as commission-hungry guides on a shopping tour and their gullible followers don’t even realise that.

So what did Yovana Mendoza Ayres do when her hypocrisy was exposed? She shot this video, a rather lame explanation for selling what she has found to be not doing her any good. I have to say that this is the first time I’ve heard of Yovana Mendoza Ayres, her methods, her products and her “expert advice”. And this video totally “blew me away”. What on earth was she talking about?

I’m not a cheated fan, so I have no axe to grind here, but let me dissect this video and reveal a few very telling points. First of all, she is very sorry about …. the way the news has been communicated to her fans! She claimed to have no plans to hide this from her fans, but the fact remains that she did hide it from her fans. On her terms and her time? Maybe after she had earned enough?

Yes, she says that she still believes in this “amazing” diet. She still keeps trying to sell the diet which has obviously stopped working for her. What makes her so sure that she is an exceptional case and others will not end up with the same problems after using her products? In fact, looking at the things she recommends, this diet would probably be a disaster for anyone taking it long-term. I must say that it takes a lot of gall to keep praising the diet even when she has abandoned it due to health issues. It’s like saying, “look, I developed some health issues after taking this diet. That’s why I’m ditching it. You on the other hand, must try it. It’s amazing. It will help you to kick your addictions”.

People who “feel better” after adopting this diet need to realise that it has more to do with them abandoning junk food than with the diet working wonders on their bodies. Unless you can really eat truckloads of those fruits and vegetables (definitely not as beautifully arranged) you probably won’t get enough nutrients and your body is going sound the alarm in due course. And it did for Yovana Mendoza Ayres. She just didn’t go public with it and either she somehow believed that her dieting methods would still work for others or she just wanted to continue making money from it without giving a damn about the health of the gullible folks who follow her.

Let’s get back to how her health issues started. She went on a 25-day water fast. That must have been pretty sensational on social media and I sincerely hope no stupid youngster would want to emulate that. Yes, reset her whole body, she felt “amazing” etc. Then, she lost her period for 2 years. People in the “movement” tell her it’s “normal”! Instead of taking the nearest exit from the movement, Yovana Mendoza Ayres (the health coach with certifications) went on with it from 2013-2015. Only after reading more about it that she realised that not having periods is not healthy. Isn’t that amazing for someone that millions trust for advice on health?

She then mentioned stress. Oh yes. It’s showbiz that she’s in. Of course it’s stressful, but by 2017, she was yet to experience a normal period and she claimed that she was still not paying attention to doctors’ advice to eat some eggs. She claimed she rejected their prescription of testosterone, thyroid hormones and supplements and went to “people who understood her diet” (aka quacks).

Then, her friend who is “a nutritionist who specialises in hormones” (whatever that means) recommends iron supplements for her anaemia and amenorrhoea. That and some weight gain apparently solved her problems, but nobody wants to see weight gain in tandem with recovery from ill health. They just want to see weight loss and hidden health issues.

The return of her period was not the end of her problems. She was getting “more tired” but she skipped to the next issue. She got candida or vaginal thrush in July 2018. Then she (health coach certifications notwithstanding) tells us she’s surprised that candida can appear in the vagina. She’s never heard about it! And she’s got millions who regard her as a health guru.

The madness continues. She went on the “candida diet” and it went away quickly (if you still believe her). She seems to have a diet for every malady. I certainly hope there isn’t one for acute appendicitis. Then, she got SIBO (small intestine bacterial overgrowth). Yes, there’s a SIBO diet which included aha … animal products – low fibre. She was reluctant to abandon her vegan lifestyle and became anxious about her health issues but decided to “open up to the idea of adding animal products into her diet”.

No, fibre is bad for SIBO because it promotes the growth of bacteria in the already overpopulated gut. Humans can’t digest cellulose fibres. But SIBO is not a permanent condition. If she could get a nose implant, a foreign body that stays more or less permanently in her body, why should she be objectionable to a short course of antibiotics which might eliminate her excuse for eating meat? With proper medical treatment, she could go back to her “amazing” vegan diet. Yet somehow, she seemed to prefer eating meat permanently to ensure that her SIBO doesn’t come back. It just doesn’t make sense that if she’s still experimenting and figuring things out, why is she still hard-selling the stuff that made her sick?

My take? She probably dabbled with a vegan diet 5 years ago when it was hot as hell. It changed her life and she decided to make some money out of it. Then, she realised that the things she recommended were not good at all. She gave it up but continued to sell her products to unsuspecting fans who thought that she looked as great as she did because of all the products she was recommending. Admitting the problems with Rawvana may invite demands for refunds or even lawsuits.

Let’s face it. There are many web celebrities out there who aren’t what they seem. Those who look slim and sexy may be a total wreck inside. In your 20s, your body may still forgive you for all that abuse. You may be “feeling good” because of what you see in the mirror. Trust me, it can’t go on.