Want To Get Marked Is It? 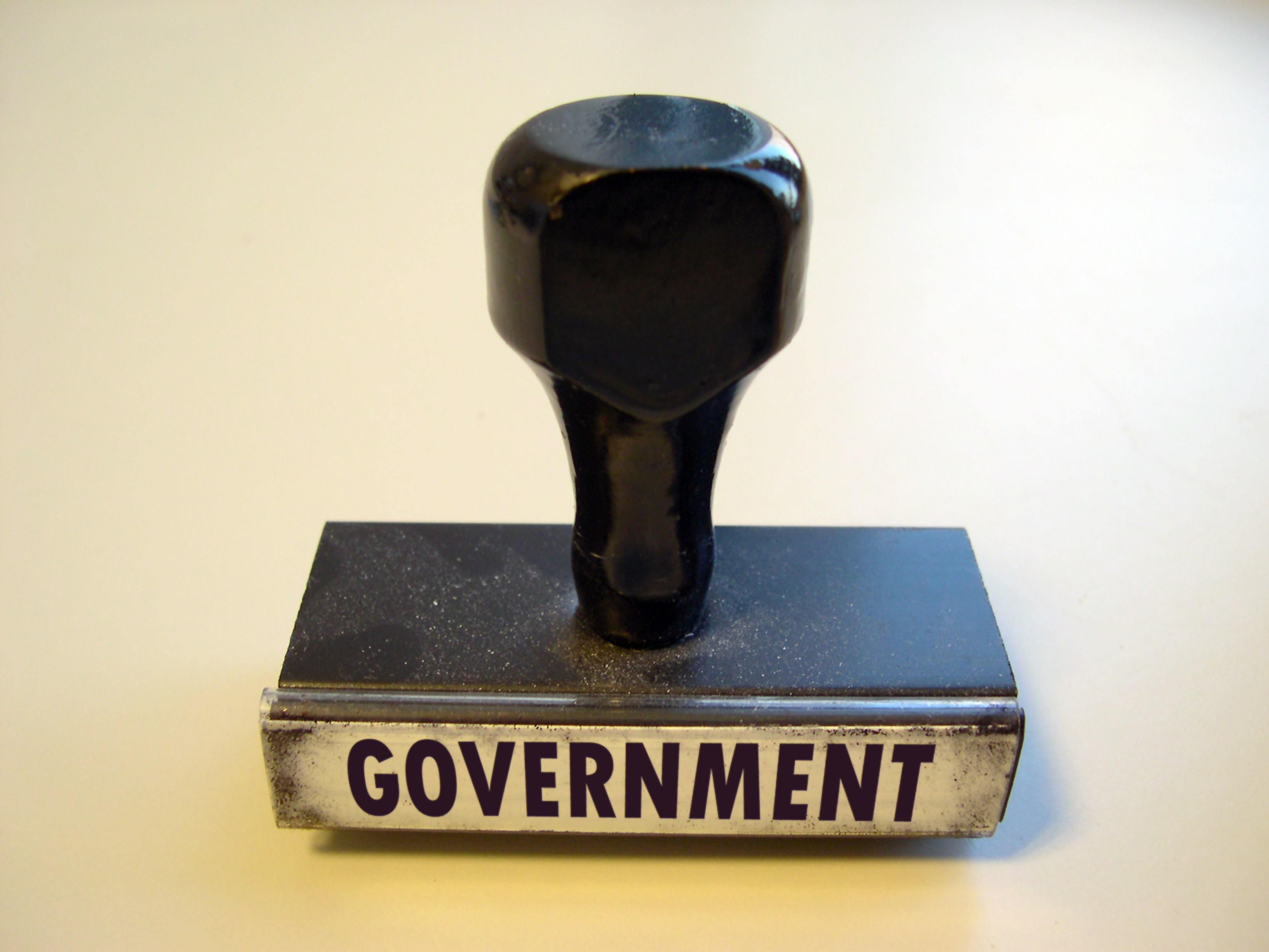 Former Straits Times journalist and Associate Editor Bertha Henson has not been very pro-establishment since she stopped working for our newsPAPer. In recent years, she has been commenting on a variety of issues from our embarrassing presidency to MOH data leaks. Like many activists out there, she is very concerned about the Protection from Online Falsehoods and Manipulation Bill. Details are here

The terms being stated are not worrying. What’s worrying is how things may play out when a powerful critic emerges. Will his postings be analyzed by an army of lawyers for any loop that might be used to hang him?

The Bill gives government ministers broad powers to issue orders, directing online news sites to publish corrections, among others. It’s said that if the alleged perpetrator of fake news or misinformation thinks that he is wronged, he may challenge the government in the High Court. Oh, the government or the Law Society can provide assistance to those who are financially challenged. You can afford the legal fees as long as you have a house to sell.

Ms Henson drafted an interesting template and urged Singaporeans to fill in the blanks and send a copy to their MPs, with the hope of delaying the passage of the bill. Here’s the template:

I am your constituent, and a citizen of Singapore. I write to ask that you move a motion in Parliament to refer the draft Protection from Online Falsehoods and Manipulation legislation to a Parliamentary Select Committee for further scrutiny.

I acknowledge that a parliamentary committee on Deliberate Online Falsehoods had been formed in the past and had worked assiduously to gather feedback on the issue. I thank the members for their time and diligence. While some general principles have been espoused and incorporated into the Bill, the next step must be an examination of the details which have so far been confounding to ordinary people.

No one would deny the need for fake news legislation to protect the vulnerable. The question, as is the case in many countries, is who has the power and authority to decide that speech is fake, and whether “offending” parties have easy access to other avenues of appeal. As it is, the Bill is more focused on extending executive powers over individuals and organizations, than on ensuring checks in place to prevent abuse.

I note that under the proposed Bill, such decisive powers will be in the hands of any/all ministers who can issue either a correction or a take down order on what they deem as falsehoods. This seems unprecedented and leaves questions on the consistency of its application across the Cabinet members. The need for each minister to hold this power on the basis that they would be best able to “deem’’ facts from falsity on subjects under the domain should be weighed against assuring citizens that they would be applied even-handedly and not according to standards of different human beings.

Concerns about executive over-reach are real, at least, for me. The Bill could be better phrased to include conditions for a take-down order, which is far more serious than a correction order as it would mean expunging the supposedly offending material in its entirety and depriving the public of independent examination of its content. Limits on how long a minister can take before deciding on an appeal against the order should be placed. Just as the supposedly aggrieved party has to make his or her appeal in writing, the minister should also publish his decision for staying or reversing his course.

Commentators have also noted that the “final arbiter’’ – the judiciary – seem constrained by the letter of the law from over-turning executive orders. I hope you will question if this is the case and whether the law should give the judges more discretion on what constitutes fake news that is detrimental to the public interest, even as it seems to give carte blanch to the executive branch.

I note also that an important institution, the Singapore Press Holdings, has repeated its call for an independent, neutral party to have some say in the process. If Singapore’s largest media organization with the most number of journalists has this concern, a full and formal response should be forthcoming. I have great confidence in the institution of Parliament, the third arm of the State alongside the Judiciary and the Executive. Lay people are not legally trained to examine the law and I do not believe I have laid out the concerns comprehensively. What lay people expect is that their representatives would do the right thing on their behalf, whatever their political affiliation.

I understand that a fuller exposition on the Bill will be given during the Second Reading, giving opportunities for clarifications and explanations. I am writing this appeal to you to fore-stall its Third Reading and final passage, by proposing a Select Committee to further examine the legislation. This is not legislation that should be hurried through.

I’m not sure how many people actually sent this letter in, but the first thing that came to mind when I saw this was yao mo gao chor ah? This is not an relatively anonymous online poll to embarrass Heng Swee Kiat with Tharman’s popularity. You’re talking about sending a signed letter to your MP opposing a bill that his party is going to push through with an overwhelming majority in Parliament.

You have nothing to gain, but you risk putting yourself on a list of marked individuals. Everyone who is seeing his/her MP or who hopes to see his/her MP some day, harbours the hope that someone with clout and authority may be able to do small personal favours for them every now and then. Those waiting in line could be low income families who somehow had their application for subsidies rejected. Maybe they are a special case that deserves special consideration. They could be poor hawkers who continue to face a roach and rodent problem in spite of everything they do. They could be accused persons who need help putting up a mitigation plea. They could be your average Ah Sengs or Ah Bengs whose humble request or application somehow got stuck in the bureaucratic channel and they need someone to clear the blockage for them. The more powerful the MP, the greater his ability to do favours. That’s why ministers are so popular.

To send Bertha Henson’s letter is equivalent to saying “this is my name, address and IC number and I’m not buying your party’s bullshit.” That’s probably fine if the MP is with a magnanimous party that works for the people even if they were not elected. There are certainly people like that around and I sincerely apologise to Mr Desmond Lim for having made fun of his amateurish campaigning.

But for a vindictive party that punishes voters by withholding upgrading, wouldn’t it be foolhardy to identify yourself and declare that you don’t buy their bullshit?

I have not seen my MP before, but several times, I’ve walked past a meet-the-people session at the RC office. A huge party logo hangs above the MP’s head – just in case you’re not aware of which party is doing you the favour you’re about to ask for. And Singaporeans are simple folks with simple needs. They care about whether their properties appreciate in value. They care about covered walkways. They care about what happens in the next episode of their favourite TV drama serial. They are not artists and philosophers who need the intellectual space and freedom to flourish spiritually. Why would Ah Seng send a signed letter to annoy his MP over an issue that has no visible connection with his wealth and welfare? Would his MP be more afraid of losing his vote or would Ah Seng be more afraid of not getting help from his MP when he needs it? The signed letter, complete with IC number is an invitation to be blacklisted.

But there are some folks who think that we should still fill in the blanks and send in the letter to show our “unhappiness”. Again, yao mo gao chor ah? Do you see any unhappiness around you? I don’t. What I’m seeing are friends, peers, colleagues being warned by their wives not to post or share anything that is even remotely political on social media from now on. Parents make sure their precocious teens stick with safe things like K-pop. Somebody even had his wife ordering him to delete his social media presence in case any “fake news” that he might have unknowingly shared in the past might be dug up and used against him.

Is it just me who is seeing more fear than unhappiness? Is it just me who noticed that some of our activists and opposition politicians might be as out of touch with the ground as our leaders?

Back to Mr Desmond Lim, I’ve been following him on social media for a few years and I’ve come to realise that he is one who consistently works for the underprivileged without any demand for rewards. I’ve changed my mind about him and he gets my utmost respect now, but getting back to reality, will people vote for him because of his kindness and generosity? Sure if you voice the people’s grievances and care for the unfortunate, you’ll get a lot of silent applause and social media likes. That’s about it. Sadly, I have too many friends (highly educated, “sophisticated” voters) around me who don’t care much for kindness and generosity. They only want leaders who can implement policies (like 10 million population) so they can make some easy money from their speculation in properties.