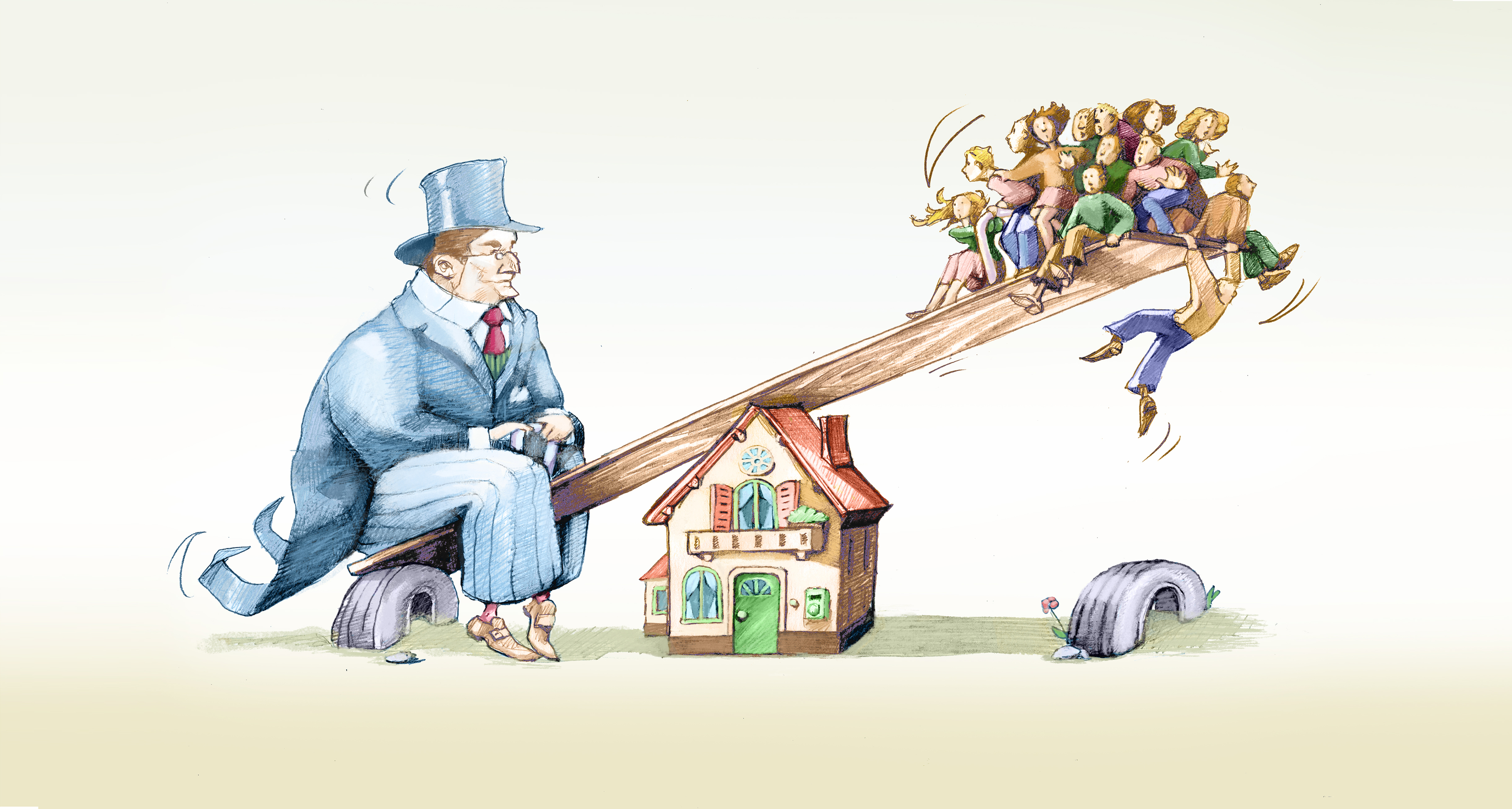 Where were you during the 1989 Tiananmen massacre? For me, I had graduated from NUS and just completed my deferred NS. I remember very well the shock, fear and anger that was felt in every corner of our little island. Many of us have relatives in China and were worried if another Cultural Revolution like witch hunt might be triggered. I do not remember a single Singaporean who supported the brutal crackdown.

For the mainlanders here who saw everything on our local media, many were distraught. Some, however, were in denial, insisting that the Western media had distorted news and the demonstrators were either proxies of foreign powers or hooligans out to stir trouble. The arguments didn’t last long. After the tanks departed and the blood-stained grounds were washed, it was business as usual in China and it has been so for 30 years since.

So what’s new? Protesters in Hong Kong are not backing down any time soon. They continued their march, closed tax, immigration and local government buildings, blockaded key roads through the city centre and massed in their thousands outside police headquarters to demand the release of detained activists and an apology for police brutality. All this is happening after many netizens congratulated the people of Hongkong for their “victory” on 15 June 2019 when HK Chief Executive Carrie Lam announced that the Security Bureau would suspend the second reading of the extradition bill. No time frame was set on the seeking of public views.

There were cheers throughout cyberspace. When the protestors first hit the streets, a few members of the paid internet brigade tried to portray the protestors as hooligans who attacked the police and destroyed public property. But as their numbers swelled above the 1 million mark, the voices of the cyber mercenaries became completely drowned out by the thunderous applause for Hongkong. Numerous images like this tell us that in spite of their hard nosed image, their apparent cold pragmatism, Hongkongers have ideals and principles. They don’t indiscriminately vent their anger at all and sundry. They are capable of empathy.

Apparently, Carrie Lam’s compromise was not enough for the people of HK. They want her to apologise and step down. They want the police to answer to their brutality. They drew first blood when they used teargas, rubber bullets and pepper spray against protesters. Organisers’ demands have expanded to include an investigation into the violence and an end to the government crackdown on demonstrators. They want the bill to be torn up, shredded and buried 6 feet underground. Carrie Lam’s statements offered little assurance.

Meanwhile, Liu Wenbin, a teaching assistant who works at the Department of History at the Chinese University of Hong Kong (CUHK) made the threat to fail students who joined the protests on an online forum has suspended by the university.

This person ought to know that such tactics don’t even work in mainland China where students insist on their right to cheat. It may have worked with skittish Singaporeans, but then, this is Hongkong, a territory which many Singaporean netizens appeared to envy. More cheers for the fragrant harbour. But wait. As the shocking results of GE2015 proved, the deluge of online messages and the massive crowds at opposition rallies are no indication of what takes place in the voting booths in uniquely Singapore.

There is a simple explanation for this anomaly. Many of those who complain about the system are spoon-fed and sheltered softies who cannot survive outside the protective dome of the system. For all its faults, the system offers a kind of protection that no other society can.

The trouble with our strait-laced society, always fearful of rocking the boat or offending the powers that be, is that everyone just wants to remain on their hamster wheels. Endure the daily grind, make money, go on holidays, shop, eat, pray for political stability and asset appreciation, the hell with heroes and disruptors.

At the end of last month, I made a controversial posting on another blog. It went viral. The interested parties were mostly professionals. I received quite a lot of praises but inevitably, there were a few haters. One said that I was overly negative. One said I’m just an anti-establishment noisemaker. One said that I’m an ungrateful product of a very good system that made me who I am and gave me the ability to travel and pursue my passion. A couple of my friends got a bit worried for me, but I must say that I used to receive far nastier hate mail when I was writing prolifically for publication in the 1990s.

Of course, these haters and mockers only have a half-baked idea of who the real Chan Joon Yee is. Some assume that I’m some naive dreamer who thinks that the grass is always greener on the other side. Some assume that I’m also a sheltered, spoon-fed, one-trick pony like them and I won’t know how tough life is in other countries until I get a dose of reality. Yes, there are folks like that. They complain about almost every fault in the system, yet they know they can’t live without the system and still end up voting for it. Frankly, there is no need for me to explain anything to them. I have no doubt that Singapore provides opportunities for professionals to earn a comfortable living. Indeed, I have absolutely no problems with Singapore Inc. Except that this is supposed to be my country. Many will not understand what I mean, which is fine because I don’t expect them to be interested in buying my books anyway. As I go on writing e-books for the international market, Chua Lam is a constant source of inspiration for me. Rejected by his own people who regard him as nothing more than a dirty old man, he has gone far beyond our shores and made a name for himself. I would even regard him as a national treasure and he had very wisely brought his skills and talent to Hongkong.

And it’s not just me or Chua Lam who get wronged and despised. More than a million protestors in Hongkong have been labelled as “the blind leading the blind”. Offline, there are folks who hold a rather dim view of people who rock the boat and bring businesses to a standstill. Just a couple of days ago, I overheard an uncle (about 60 years old) condemning the protests in Hongkong, suggesting in no uncertain terms that Beijing should send some tanks down and give Hongkongers their Tiananmen. Yes, the wheels of commerce must turn even if they crush someone. It was disgusting to hear that, but not too surprising coming from a guileless Singaporean. I wonder if he had thought differently when presented with images of Tiananmen when he was a younger man 30 years ago. Why the change? Why has human life, ideals and conscience been devalued so much over 30 years?

Perhaps there’s some consolation for me. Even Hongkong and Hongkongers get mocked. A former senior editor with the Straits Times wrote that Hongkongers are tearing their city apart. Really? Will Hongkong be broken and beaten by Singapore because of the protests?

In February this year, our own Straits Times ran an article (taken from Bloomberg) that quoted Tham Tuck Seng, PricewaterhouseCoopers (PwC)’s head of capital markets in Singapore as saying that “Hong Kong’s market is now so much larger and more vibrant than Singapore’s that the two can’t even be compared.”

You can read the full article over here. Why have we lagged behind Hongkong? Bloomberg offered a couple of explanations.

Beyond the concerns about low valuations and thin trading, a closer look reveals that some of the factors often cited as driving Singapore’s economic success are the very ones holding back the stock market.

First, there’s the education system. Singapore has gained international recognition for producing high-achieving students in math and science, but it’s done so through an emphasis on following rules and rote learning. That, says UBS’s Tay, impinges on creative thinking and leads to a lack of people starting businesses that might eventually list on the exchange. “We ask ourselves why we don’t create enough entrepreneurs and creative people,” he says. “It’s not that we don’t have them. It’s just that the system does not allow it. If you have to spend so much time becoming exam-smart, you have very little time to be creative.”

Homeownership—revered in Singapore—is another drag on the stock market. Former Prime Minister Lee reasoned that if Singaporeans owned their own property, they’d be more invested in the country and its economy, and he instituted policies to encourage just that. Today, Singapore has one of the highest levels of homeownership in the world, about 90 percent. Its people have a staggering $949 billion invested in real estate, accounting for 44 percent of household assets. This is the “traditional path,” says Jaime Pang, a 31-year-old lawyer. “You get a job, you get married, you put all your money into a house, and there isn’t much left over to invest in the stock market.”

And of course, there’s hamster wheel. Too many Singaporeans believe that as long as everyone keeps his mouth shut and dutifully runs on his own hamster wheel, peace and prosperity will prevail. It’s unbelievable to see so many ignorant and deluded folks out there mocking protestors in Hongkong, so sure that this is the wrong thing to do. Chances are, they will never learn because it’s quite likely that Singapore will remain a safe haven for the bored, the boring and the diligently mediocre.