Side View Of The Trade War – In Cantonese 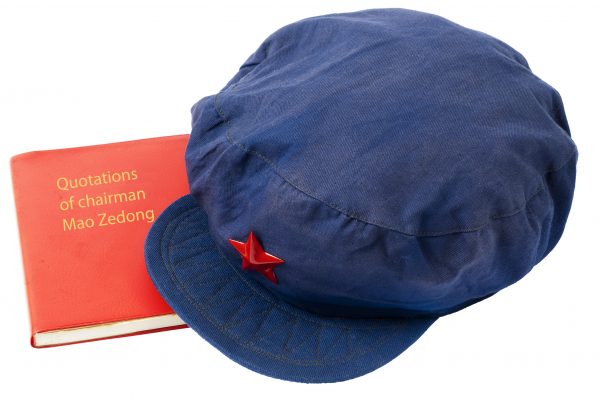 Cantonese is not a lowly dialect. It is capable of articulating poignant insights which you may not find in Mandarin.

There are three layers in the US-China trade war. The first is the purely arithmetic discrepancy between goods being exported from China and to China. Chip believes that China had simplistically assumed that the US only wanted this layer of the dispute to be resolved, in which case China would only need to import more from the US.

Unfortunately, that’s not all. There is another layer to this conflict. That involves the security risk posed by Huawei and the theft of intellectual property from the US. This second volley from the US arises from concerns over the US losing its leadership as the crucible for innovations.

Chip Tsao believes that the origin of this trade war can be traced back to World War 2 when American volunteers saved China from the Japanese and to the Boxer Rebellion in which most of the war reparations paid to the US were used for setting up schools in China unlike the other members of the Alliance who continued to humiliate China. Instead of showing gratitude towards the US, China has been creating entertainment out of bashing the US since 1949. It has even built the nation out of promoting hatred for most foreign countries, especially the US and Japan.

The third layer lies in a clash between two civilisations. Head of US State Department Kiron Skinner made the shocking declaration that the current clash between China and the US has gone beyond trade. It has even gone beyond the issue of IP theft, espionage and national security. It is now a fight between two different civilisations. Skinner went on to suggest that because China is a fundamentally alien civilisation, arguments for human rights that worked when the United States confronted the Soviet Union are now “not really possible with China.”

Anti-US sentiments have been promoted in China until 1978. This was revived in 1989 in the aftermath of mayhem in Beijing. Chinese leaders put the blame on the US. The Chinese leadership probably didn’t expect America to fight back with an equal dose of racism.

When the trade war started, Huawei CEO Ren Zhengfei immediately sensed that a fuse has been ignited. On one occasion, he publicly revealed that his children use iphones and China should not see America as an enemy, admitting that there is a lot that China can learn from America. Chip Tsao is curious why Ren did not come out with this statement before the trade war started in 2018. Why didn’t he try to influence Chinese leaders? Why didn’t he tell China that stirring nationalistic sentiments is toxic? Why didn’t he declare that promoting Huawei has nothing to do with national pride? Why was this rational, mature and constructive stance not adopted in the first place?

Why are dominant voices in China still talking about tit for tat, accusing the US of imperialism, a second “Eight Nation Alliance” on the way? Or could it be that Mr Ren, in a moment of panic and urgency over crisis-hit, Huawei, resorted to taking a token step back by saying something that might placate the naive in America? To be sure, Mr Ren’s stand is never clear. At times, he is so accommodating. At times, he shrugs off the threats from the US and appears to be challenging them.

But Google and other systems are effectively pulling the plug on Huawei. This is a deadly move. Without Google, users in Europe and Africa will have to rely on Baidu. Even if Baidu comes up with a complete English version, can the Chinese interpretation of the rest of the world suit Western or Third World countries?

For example, Kim Philby who was part of a ring of spies in the United Kingdom which passed information to the Soviet Union during World War 2. They were called the Cambridge Five. Philby became a high ranking member of the British intelligence and worked as a double agent, passing British secrets to former Soviet Union. British diplomat Donald Maclean was the first to flee in 1950 followed by Guy Burgess, another diplomat, in 1951. Suspicion fell on Philby who defected to the Soviet Union in 1963. Anthony Blunt confessed in 1979. They were known as the Cambridge Four until John Cairncross confessed in 1990.

All five men held romantic notions about the newly-minted Soviet Union while they were studying in Cambridge. The Great Depression also caused these intellectuals to be disillusioned with capitalism which exploited the poor. They were drawn towards socialist thinking, but they kept this a secret within their circle as they graduated and joined the British secret service. The discovery of espionage within the ranks of the British secret service was a shock and a scandal. Regardless of political affiliations, the Cambridge Five are considered traitors guilty of treason by practically everyone in the UK.

By if you were to search Baidu instead of Wikipedia, you would find Philby et al being dubbed 剑桥五杰. The KGB called then The Magnificent Five. This means that if your mobile phone is only capable of connecting to Baidu, any search for information on individuals like Kim Philby will turn out a band of heroic spies who supported communism.

The purpose of blocking Google, Wikipedia, Facebook, YouTube, Twitter, WhatsApp in China is obviously to monopolise and control news, information sharing and comment within China so as to sculpt the minds of the younger generation to suit the needs of the Party. Wouldn’t it suit the Chinese leaders fine if Huawei phones can only access Baidu? Why stop at controlling China? Why not control the world?

Donald Trump may look like a clown, but he is not mad. This wicked move forces the rest of the world to make a choice. It’s not about picking a side in this trade war. It’s about choosing between uncensored Google or heavy censored Baidu. A brilliant move by an infantile leader.

By the way, why do Huawei phones take such good pictures? Because the camera is made by Leica. Not every part of the phone is made in China. The US is taking a tough stand. The US has made it clear that they will not be sending any sensitive information to European countries that use Huawei because of concerns over security. In the marketplace, it will be either Google or Baidu.

Chip Tsao believes that the US is in a very good position to win the trade war. Yes, it has to do with the massive US trade deficit. Yes, it has something to do with a clash between two civilisations. How does Donald Trump plan to win this war? By pitting the Chinese leadership against the rest of the freedom-loving world.

It’s so ironical that while our media industry regards Cantonese as a lowly dialect and banned it from radio and TV, Cantonese-speaking intellectuals like Chip Tsao are capable of far deeper, more incisive and original views on current issues than many of our own.