A Tale of Two Nobel Prizes 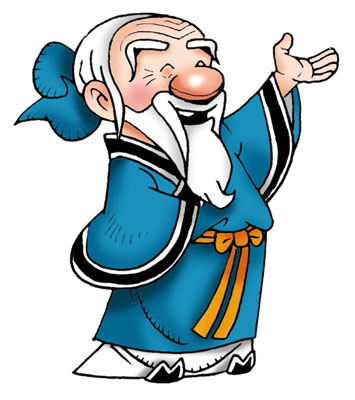 When the Cold War first started, an American was debating with his Soviet counterpart about whether there’s any freedom of speech in the USSR.

“I can stand in front of the White House and yell “Harry Truman kiss my ass” and nothing will happen to me.” boasted the American.

“I too can yell “Harry Truman kiss my ass” in front of the Kremlin and nothing will happen to me either.” the Soviet argued.

If you can appreciate the joke, you obviously see the absurdity of the Soviet’s argument, but don’t be surprised if some irksome academic asks you to explain the joke.

On 8 October 2010, the Nobel Committee awarded Liu Xiabo, a Chinese human rights activist the Nobel Peace Prize “for his long and non-violent struggle for fundamental human rights in China”. But as early as December 2008, Liu had been sentenced to 11 years in prison and deprived of all political rights for two years. His crime? “suspected of subverting state authority”.

Going back a little, Liu rose to fame in literary circles in 1980s with his literary critiques. He wrote several bestselling books on sociopolitical issues in China. He soon became a popular visiting scholar at overseas universities, receiving his PhD in literature in 1988. Even at such an early stage, his friends had been persuading him to apply for residency in Australia and the US. Liu Xiaobo decided to stay in China.

Then, Liu was imprisoned for supporting the Tiananmen protests in 1989. In 1995, he was jailed for 6 months after he called on the government to look into its wrongdoing during the Tiananmen massacre. Not long after his release in 1996, he was sent to a labour camp for 3 years for “disturbing social order”. His longest prison term from which only death would release him in 2017, started in 2008. It came soon after he, along with 300 other intellectuals, drew up Charter 08, a manifesto calling for more freedom of expression, human rights, democratic elections, economic liberalism and the privatization of state enterprises and land. He won the Nobel Peace Prize in 2010.

Liu Xiaobo’s award infuriated the Chinese government. The Nobel Prize was branded as a tool for Western powers to besmirch China. Apparently in retaliation, an interesting award sprang up within Chinese circles. Some folks came up with their own Confucius Peace Prize 孔子和平奖 established in 2010 by the Association of Chinese Indigenous Arts. The chairman of the committee (who denied any association with authorities) said that the award existed to “promote world peace from an Eastern perspective”, and “Confucian peace” specifically. It was not backed by the government (or so it seemed) but a businessman by the name of Liu Zhiqin.

According to insider’s information, the first recipient of the award should have been Taiwanese politician Lian Zhan. After Mr Lian rejected the prize, the committee conveniently moved its HQ to Hong Kong. Vladimir Putin received the award in 2011. The 2012 prize was shared by Kofi Annan and an unknown agricultural scientist by the name of Yuan Longping. After that, it became biennial. The 2014 prize went to Fidel Castro, Robert Mugabe in 2015, Hun Sen in 2017.

Not surprisingly, very few people tuned in to this award. And was Liu Zhiqin thinking that holding this award ceremony would bring him good publicity and loyalty points? Yao mo gao chor ah? Why drag poor Confucius into all this? Exiled Chinese author Yu Jie (arrested at the same time as Liu Xiaobo but released alive in 2012 to get political asylum in the US) wrote in his book The Pathetic Chinaman that even the partially brainwashed will see that if Confucius were alive today, he couldn’t have possibly approved of giving the award to any of the winners with the exception of Kofi Annan.

Yu Jie suggested getting a popular actor to dress up as Confucius to give out the award. That might attract some eyeballs, but as poetic justice would have it, the Chinese actor who has played Confucius most successfully is none other that “dissident actor” Chow Yuen Fatt (who has been banned in the mainland for his support of pro-democracy protests). After enduring years of indignity and embarrassment, the committee finally abandoned the project in 2018.

Then something interesting happened in 2015. Chinese medical researcher Tu Youyou was awarded the Nobel Prize in Physiology and Medicine. She discovered artemisinin (also known as qinghaosu) and dihydroartemisinin, used to treat malaria, a breakthrough in twentieth-century tropical medicine, saving millions of lives in South China, Southeast Asia, Africa, and South America. Earlier in 2011, Tu had also received the prestigious Lasker Award – another tool held by Western imperialists to besmirch China?

You might think that the Chinese authorities would smile, shake hands, keep quiet and hope that everyone would forget about the shit they threw at the Nobel Prize in 2010, but they were more audacious than that – a lot more. In her acceptance speech at Stockholm City Hall, Tu Youyou quoted Mao Zedong as an inspiration! What followed was a deafening trumpeting of Chinese talent being on par (superior) to that of the Western imperialists and how they could rise in the face of perceived oppression and sabotage.

There was a massive effort at redemption for the Cultural Revolution because artemisinin was after all, was discovered during the Cultural Revolution. Some even called one of the biggest tragedies for the Chinese people a worthwhile “sacrifice”. I say yao mo gao chor ah? It was like Ferdinand Magellan attributing his successful circumnavigation of the earth to the raging storms instead of his crew’s grit and mettle.

How did the millions who had been starved, executed or tortured to death contribute to the discovery of artemisinin? In fact, during that time, Mao was desperately searching for a medical researcher who was not killed, tortured or banished to to save the millions who were dying from malaria in China’s southern provinces. It would never have been Tu Youyou had she not been so under the radar of the Red Guards! Once “discovered”, she came under Mao’s protection and so she and her team could be left alone in their laboratory.

The Confucius Peace Prize failed miserably mainly because it was crushed by its own irony and partly because it had no support from the central government and their massive billions in the treasury. What if China comes up with its own answer to the Nobel Prize? How about the Mao Zedong Prize?

The Nobel Prize money is only USD1.1 million. Surely, the Chinese government can better that. How about USD100 million for a Mao Prize? They must surely have thought of that, but they wouldn’t want to deal with the embarrassment of having their prizes rejected by winners with principles. Awarding these prizes to undeserving “loyalists” would also tarnish the image of the award, condemning it to the same fate as that of the Confucius Peace Prize. Yes, Adolf Hitler had once been nominated for the Nobel Prize, but the nominator could not dictate the awards. Democracy is what makes the Nobel Prize still so respectable in spite of the abuses hurled at it by the Chinese media. Deep down, even they admire the system of the “Western imperialists”.