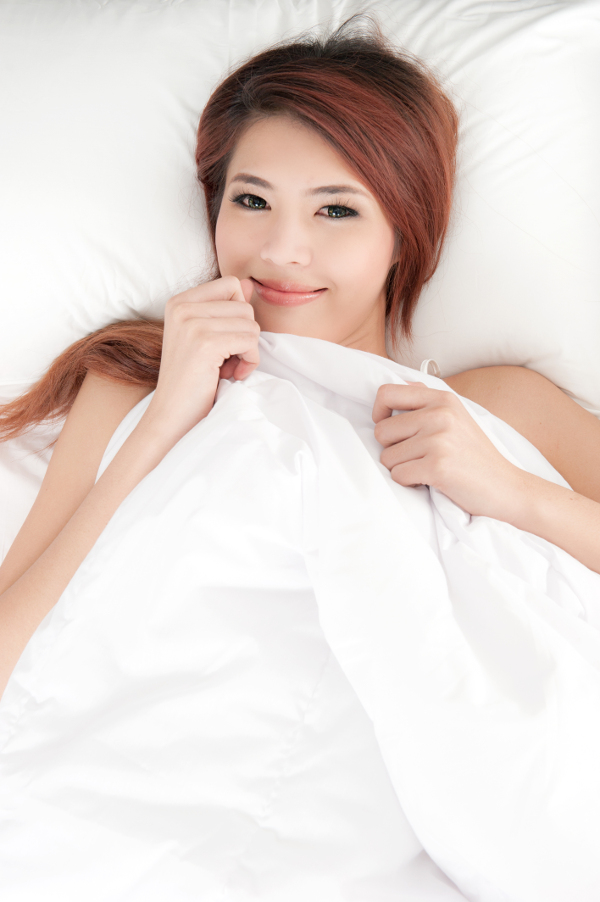 Simon Cheng, 28, a trade and investment officer for Scottish Development International, travelled to Shenzhen, a city that borders Hong Kong, on 8 August 2019. He sent messages to his girlfriend as he was about to cross back into Hong Kong at about 10pm and has not been heard from for days.

Cheng’s detention is believed to be “politically motivated”, but his family insisted that he was not involved in any pro-democracy protests in Hong Kong.

Almost a week after his disappearance, China’s foreign ministry revealed that Cheng had violated China’s public security administration punishment law. Having been arrested (equals conviction in China), for visiting prostitutes in Shenzhen, he was made to serve 15 days of administrative detention.

Incidentally, in 2015, Ou Shaokun, an anti-corruption activist, was given five days of administrative detention for allegedly soliciting a prostitute. In 1999, Peng Ming, a prominent pro-democracy activist was given 15 days in custody for allegedly visiting prostitutes. After his release he was sentenced without a trial to 18 months in a police-run “re-education” labour camp, for publishing a book in Hong Kong.

This pattern is most interesting. Perhaps someone should do a study on pro-democracy and human rights activists. Maybe getting involved in these activities will somehow make you more likely to visit prostitutes. It’s funny, but all the above incidents happened before 2016. Simon Cheng, however, was arrested in 2019 and his relatives have reason to be very worried. Why? Well, that’s because since 2016, visiting prostitutes in China can get you killed as in the case of Lei Yang.

There is an update of Simon Cheng’s case. Mr Cheng gave an interview first to BBC and then to Epoch Times.

Just a little more than 3 years ago on 7 May 2016, a Beijing resident by the name of Lei Yang left his home to pick up his wife and father-in-law from the airport at about 8.30pm. They were due to arrive at 11.30pm that night. At 8.40pm that evening, witnesses at Longjing Street, Chang Ping District took videos of Lei Yang struggling with 6 men.

In the videos, Lei Yang was seen calling out to passersby for help, telling them that the men trying to arrest him were “fake police”. The crowd dispersed after a man in the group flashed his police badge. Nobody witnessed what happened to Lei Yang after that.

When the plane arrived at 11.30pm, Lei Yang’s wife Wu Wencui kept calling him on his mobile phone. The police picked up the call, and asked her to go down to the police station immediately. She was shocked to find Lei Yang dead. When the family examined his body, they found multiple wounds and bruises. The family was informed that he had died of a heart attack.

According to the police, they received a complaint from a member of the public that a massage parlour at Longjing Street was providing sex services. The police station sent out a 5-man team led by deputy chief Xing Yongrui. The officers arrived at the scene at 8.40pm and questioned Lei Yang whom they saw emerging from the massage parlour.

They proceeded to arrest him, but faced violent resistance, injuring the police officers who had no choice but to use force, thus explaining his injuries. They managed to get him into their car, but he somehow managed to escape while left alone. He was found in a weakened state at 9.45pm and brought to hospital, arriving at 10.05pm where he was pronounced dead on arrival.

The story made the headlines the next day, which was an anomaly because an unknowable number of Chinese nationals have died or disappeared in police custody without making the news. Why did the mainstream media report Lei’s death? I’ll come back to this later.

Lei Yang’s reaction to his arrest was puzzling. While prostitution is illegal in China, the maximum sentence for the customer is usually 1 week’s detention and 2 weeks’ detention for the service provider. They have been very harsh to Simon Cheng, giving him 15 days’ detention. So why did Lei Yang have to struggle as if he were fighting for his life? Furthermore, initial press reports identified Lei Yang as a Masters graduate of Renmin University. While that’s true, Lei graduated in 2012. Immediately after graduation, Lei joined the CCP. By 2016, at the age of 29, he had already been working at 中国循环经济协会 China Association of Circular Economy (I would translate it as China Association of Sustainable Economy) for 3+ years. These facts about Lei couldn’t have escaped the journalists at XNA. Yet, they identified him as a Masters graduate of Renmin University. This discovery by internet sleuths made Lei’s struggle with the police even more inconceivable. Lei was not your average man on the street. He was a supervisor at 中国循环经济协会 with his own office in the building and a CCP cadre to boot. Certainly, an arrest for procuring sex services could be “forgiven” by calling the right people. Unless Lei knew that the men were sent to kill him.

Along with his family, Lei’s former colleagues at Renmin University called for an investigation into Lei’s death in police custody. The police came back with the usual video testimony by the sex worker who claimed that she attended to Lei. CCTV footage from cameras in the area however, was mysteriously missing. The police also retracted their earlier report that Lei was pronounced dead on arrival at the hospital. The time of death was changed to 10.50pm instead of 10.05pm. The new report said that Lei died in hospital after doctors failed to resuscitate him.

Such sloppy work earned the police a massive backlash from netizens. To dull the glare of Lei Yang’s case, a nationwide anti-vice operation was launched. Thousands of men and women were arrested in every Chinese city. Thousands of police jokes also flooded Chinese social media. A new term 嫖娼死 came into being. In response, 4,000 police officers in Beijing threatened to resign. One netizen sarcastically remarked “what is one Lei Yang’s life and reputation compared to the reputation of 4,000 police officers?”

Lei Yang’s family was obviously dissatisfied with the results of the police investigation. They hired their own medical experts to perform an autopsy. Armed with new evidence (some analysts believe that the autopsy concluded that Lei died of asphyxiation) the family hired a team of lawyers, ready to sue the police. Then, everything fell silent. Rumour had it that the family had received a sum of 40 million RMB as compensation on the condition that they would not pursue the case. The usual compensation for deaths due to negligence was 1.4 million RMB. Nothing was heard from Lei Yang’s family ever since.

We can only speculate on what led to Lei Yang’s death. Most believe that he was a government agent who had either uncovered or stumbled on damning evidence against a top-ranking member of the Party. But if Lei’s death was a summary “execution” that was politically motivated and ordered by someone so powerful, then the press ought to have been muzzled. However, it is a well-known fact that there are a couple of factions within the Party. Lei was probably working for one of the factions and killed by the other. The Lei-friendly faction probably gave specific instructions to the media to publicise the incident in the hope that their rival might panic and do something silly.

I won’t go into all the theories and hypotheses. You can find them on websites based in HK, Taiwan and the US. These theories paint a picture of China which those of us who marvel at the country’s GDP and technological advancement may find difficult to believe. If they are to be believed, these theories explain why wealthy Chinese citizens are snapping up properties and residencies overseas so quickly that their government had to step in to stem the outflow. It has been estimated that 74% of wealthy Chinese nationals (including high ranking Party members) are applying for residency overseas. Many of them see the system as one balancing on a knife edge. Chaos and catastrophe can occur any moment.

Not surprisingly, most Singaporeans who have merely visited China to climb up the Great Wall, take a cruise on the Three Gorges, feast on all the gastronomic delights, do shopping or pick up some “investment grade” properties are totally unaware of Lei Yang’s case, let alone the inherent instability of the system.

Now imagine you are a Hongkonger and you’ve got this Extradition Bill which may require you to go quietly with some mainland policeman. Would you be able to lull yourself to sleep thinking that you and your children’s future will somehow be safeguarded? Sure, protests can get out of hand, sacrifices and collateral damage may be inevitable, but will you give up on your demands just so you can get back to work without running into unruly protesters?

Nope. Hongkongers are not stupid people. They can imagine themselves in Lei Yang’s shoes. Who cares about decorum when it’s a matter of life and death? Had he gone quietly with the police, he would certainly have vanished quietly. By creating a scene on the streets, he was desperately trying to escape or at least get the attention of the public who might hopefully question his unexplained death or disappearance.

Now, your puppet government is trying to push the Extradition Bill in your face. Would you still be civil and gentlemanly under those circumstances? Would you still think that disobedience is bad or unbecoming of a First World citizentry? Hongkongers are not Singaporeans. It’s not that they are irrational or emotional. They are just unafraid to put up a fight and make some sacrifices when they see a noose tightening around their necks. If a price needs to be paid, so be it. The Singaporean, on the other hand, is fearful of any form of disruption. Instead of challenging the official narrative, he has absolute faith in his benevolent micro manager to ensure that there is food on his table. All he has to do is to diligently report for work every day. He can’t imagine turning up for work one day, only to find his office missing.

Seeing this badly effaced “big picture”, the average Singaporean will undoubtedly panic, thinking that things only look good if property prices keep rising indefinitely. Bursting the property bubble may not be such a bad thing for Hong Kong. We have the protesters to thank for making things affordable. If I were HK’s Chief Executive, I would push for a bill that debars anyone who has abandoned HK or condemned the protesters from buying property for the next 10 years – until the angry folks in Beijing decide to fire me – for soliciting prostitutes of course.

The BBC and Epoch Times have followed up on Simon Cheng’s case (he’s still alive). Do check out the update here.