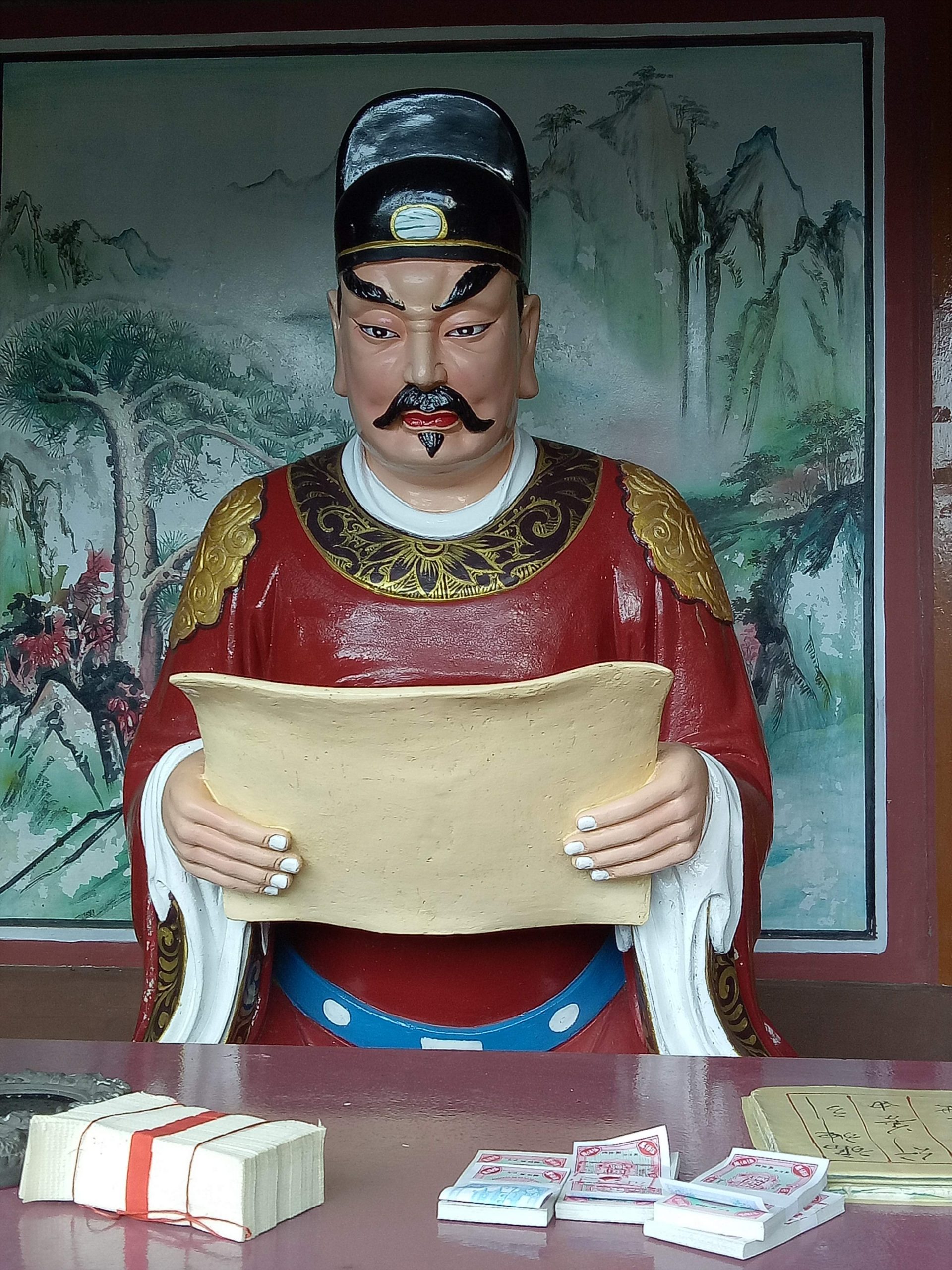 There is strong indication that a heinous crime was committed last week. Three victims of a sinkhole accident could have been buried alive some 3 hours after they were discovered.

According to the Epoch Times:

Three people fell into a giant sinkhole in China’s Guangzhou City when the road suddenly collapsed on Dec. 1. When local authorities arrived three hours later, instead of trying to rescue the victims, they had the holes immediately filled with mud concrete, showing total disregard for those trapped underneath who may have still been alive.

The collapse occurred around 9:30 a.m. in downtown Guangzhou, Guangdong Province, near a construction site along metro line 11 in the city’s Tianhe District.

As reported by the English edition of China Daily, a street-cleaning truck and a scooter plunged into the huge sinkhole, which was measured at approximately 38 meters deep. It was believed that there were two people inside the truck and one on the scooter. The two victims in the truck were identified as 51-year-old Shi Yi and his son Shi Kewei, 26.

The elder Shi, originally from Hunan Province, has been working in Guangzhou for more than ten years. His son joined him from their Hunan hometown to work with him only a few years ago.

Shi Kewei’s wife had given birth to a baby girl one month before.

According to a picture provided by a witness, shortly after the two vehicles fell in the hole, one person’s head was visible near ground level while his body was trapped underneath. The witness described how the sinkhole expanded quickly, dropping the victims further down.

Around 3:30 p.m., Guangzhou Metro announced on its official Weibo account, a Twitter-like social media platform, that in order to prevent further erosion of the road, authorities “are now filling the cracks” and emphasized it was a “partial” filling.

However, Kewei’s wife, Yu Ni, wrote on social media WeChat: “It was around 11 a.m. that I was told my husband and my father-in-law were involved in the accident. I rushed to the site immediately. Government staff forbade me from approaching the area and kept me waiting,” Yu wrote. “They did not take any measures to rescue the victims, and started filling the sinkhole area with mud concrete shortly after 12 noon. Our last hope was wiped out!”

“We urged them to stop pouring the mud and try to pull out the three people first. Police blocked all of us and someone was injured in the scuffle. As a fragile woman, I couldn’t break through their blockage. We were then all taken to a hotel, and put under house arrest.”

A video taken at the site ( see Chen Guang Cheng’s Tweet below) showed that police taped off the area and dozens of policemen stood three rows deep in front of the tape to prevent people from approaching the site. A group of people held up a 15-foot long hand-made banner that said: “How can you let people die! How can you regard human lives as worthless grass!” They shouted, “(The victims) are our fellow-townsmen. Help save them!”

Yu pleaded for all those who saw her WeChat message to help her inform others that local authorities made no attempt to rescue the victims, and started pouring the mud around 12 noon until the hole was completely filled, surely killing any of the victims who were still alive.

Yu said she felt very sad for her one-month old daughter who lost her father and grandpa at such a young age.

Before Yu’s WeChat message made it online, news reports from various Chinese media made no mention of the sinkhole being filled. However, a couple of news photos confirmed Yu’s statement that the entire sinkhole was filled in. One of the photos, showed several mud concrete trucks filling in the hole. In another photo obtained by the Chinese-language Epoch Times, the original hole was shown to have been completely filled.

Why was the sinkhole so quickly covered up? Well, it could be because someone wants to absolve himself from blame. If the problem could be fixed quickly, then the leaders may consider it a minor incident and not accord too much blame to the persons in charge. It could be because giving these lowly folks such privileges of being rescued may goad them into asking for even more privileges from the government. It could also be because the authorities had weighed out the cost versus benefit and considered it a waste of resources to save these “non-critical” personnel. I have another explanation to add. Businesses have been sounding their horn on the authorities, hurrying them to fill the hole so that their businesses would not be disrupted.

Renowned human rights lawyer Chen Guang Cheng (currently in the US) used his Twitter account to help Madam Yu spread the message of her final desperate attempt to stop the authorities from filling the sinkhole to the international community.

It is heartbreaking. Even the blind can see! But I won’t be surprised if some folks would call Mr Chen a busybody or an opportunist riding on the coattails of Western imperialists. But what do you do under such circumstances? If you’re typically Singaporean, I probably know the answer. I also know that if this had been Hong Kong or Taiwan, the policemen and the cement trucks wouldn’t have stood a chance.

Sadly, this is Guangdong or could it have been Singapore as well? What should the concerned be doing instead? Wait for their “own people” to act as this is a “domestic” issue? The people who accuse others of empty talk need to take a good look at themselves. If it’s your family in that sinkhole, you would want a bunch of rowdy Hong Kong students beating up the policemen and blocking the cement trucks. No, people in this world ought not be divided into Western and Asian people. They should only be divided into those with a conscience and those without it.

This is what the China Daily reported:

Three people remained missing as of Monday evening after the ground gave way in downtown Guangzhou, Guangdong province, according to local authorities. Search and rescue operations are underway.

The collapse happened on Sunday morning at a construction site along metro line 11 in the city’s Tianhe district, causing a street-cleaning vehicle and a scooter to plunge into a watery pit some 38 meters deep.

Two people in the vehicle were identified as a 51-year-old father and his son, 26, from Shaoyang, Hunan province.

The identity of the scooter driver remained unknown, according to Sun Chengwei, general manager of the Guangzhou Metro Group construction department.

“So far, police have not received any reports from relatives of the man driving the electric scooter,” Sun said.

Rescue efforts were hampered by additional collapses of mud and sand near the scene.

Construction workers in a nearby subway tunnel have been evacuated. Surrounding water, gas, electric and telecom facilities as well as nearby roads and buildings were being closely monitored.

“We have to ensure the safety of rescue workers and nearby buildings so we reinforced the round sides of the pit with concrete,” Sun said.

A large steel casing was already installed in the pit to better ensure the safety of rescue workers, Sun added.

After the collapse, a viaduct above the collapse was also being closely monitored before reopening for use on Monday morning.

The accident did not affect functioning metro lines but did cause major traffic congestion on roads near the collapse site on Sunday.

“When we arrived at the site, we did not see any people and vehicles,” said Lin Yi, technical director of the Guangzhou Blue Sky Rescue Association.

Lin said electricity, water and gas facilities were already shut down when the rescue team arrived at the scene.

More than 1,100 rescue workers have participated in rescue efforts. The cause of the accident is still under investigation.

Remember that a little more than one year ago, a football team in Thailand was trapped in a flooded cave? All those following the saga would remember the pain and the anxiety, the struggles and the sacrifices, then the final sweet taste of victory and success. Someone gave his life, but no one was left to die. Tears filled our eyes when we cheered for the rescue team. If you have been watching all that, how would you feel when you see this latest incident in Guangdong? No attempt was even made to recover the bodies (if the victims had indeed died) before filling the hole with concrete merely 3 hours from the discovery of the accident. The Thai rescuers struggled for 18 days for Buddha’s sake.

I’m reminded of something else. An elderly Chinese gentleman, commenting on the Sino-US trade war, once said that Westerners want to enslave Chinese people and make sure they don’t succeed. Now imagine what would have happened to the victims if they had fallen into a sinkhole in Europe or America. Do you think they would ever get buried in the hole dead or alive because they are Chinese? Who are the ones really enslaving the Chinese people?

That elderly gentleman was just being ignorant. Debating with folks like him can be quite annoying, but what’s horribly scary and disgusting are the people who actually know the truth but condone all this total disregard for what they deem to be lowly lifeforms. Even if the first report were inaccurate and the second report by China Daily is mostly true (almost impossible since the hole is positively filled with no news of the victims or from Madam Yu), the prevalence of ultra-pragmatic folks who actually support the burying of the unfortunate victims alive in order not to hold back traffic and disrupt businesses is shockingly real as I found out on social media.

Take a look at the comment below (one of numerous from the 50-cent gang) from someone who realised that the first report is true while the second is fake. He/she does not see anything wrong with that.

“Those behind the great firewall (including Yours Truly) are of the opinion that for our country to progress, sacrificing a few is unavoidable. Rescue them? That’s basically impossible. Why should we waste so much manpower and resources?”

Are these folks so certain that they will never end up in the same situation as the victims? Or perhaps their “value” and status dictate that if they ever find themselves in a similar situation, they would be treated very differently? Even if you doubt the authenticity of this particular comment (and the accompanying likes), you can’t deny that there are numerous posts out there on social media firmly asserting that ignoble means justify a noble end. These folks, in their usual self-centred and arrogant fashion, callously dismiss the interests and well-being of lesser mortals, matter-of-factly defending the massacre of protesters, incarceration of cultural and political “deviants” as necessary “sacrifices” that make a powerful nation. Yes, some don’t even bother to deny allegations of human rights abuses now. It’s all “necessary”. So what if there is evidence proving their crimes against humanity? Their country needs to prosper. So what if a few peasants get killed, tortured or wronged in the process? Beware for this mindset could be contagious.

They better pray that retribution is something that only “superstitious” people like me believe in. Lessons from Hong Kong? Lessons from Guangdong, I would say.