No More Best Of Both Worlds 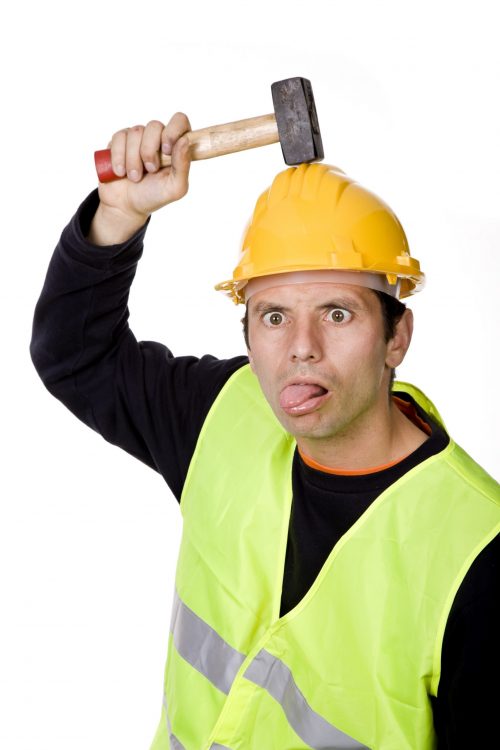 A wake up call as Malaysia extended its Movement Control Order to 14 April 2020, originally scheduled to end on 31 March 2020. Some employers in Singapore have been housing their workers who are not living in Singapore until 31 March 2020. With the extension of the MCO, many employers stated that they would no longer able to accommodate their Malaysian workers. Singapore may face serious manpower issues.

Some Malaysian workers in Singapore are weighing up their options, including heading home, while their employers here try to look for rental flats and cheap hotels or offer them temporary loans to allow them to secure a roof over their heads.

The renewed scramble to sort out accommodation came ahead of the start of the second leg of Malaysia’s nationwide lockdown on Tuesday (March 31) to stop the spread of Covid-19 — now that the Singapore Government’s temporary housing support for these workers has stopped.

At Tuesday’s press briefing by the multi-ministry task force for Covid-19, Manpower Minister Josephine Teo reiterated that the Singapore Government does not intend to extend the accommodation support programme, which had provided S$50 a day a worker to offset employers’ costs for the initial two-week lockdown period in Malaysia.

She added that most of the affected workers are now “properly housed” and the queries that the Government had received in the wake of the lockdown had “tapered down a great deal”.

“If they can’t pay for my accommodation, I might consider returning to Johor Baru as I can’t afford to pay for my own,” the 31-year-old said, adding that he cannot afford the high cost of living in Singapore. A meal here can cost him two days’ worth of groceries in Johor Baru.

“I love my job and I don’t want to lose it but I have no choice. When I calculate the cost of food and accommodation for two weeks, it adds up to S$500 which can be converted to RM1,500. That’s a lot of money,” he said.

You can find the original article here.

Pay for their accommodation? So how much are these workers going to cost their employers? Here’s the no-brainer. The allure of Singapore as a place of employment for Johoreans is inextricably coupled with the ability of these workers to live in Johor. Take away one component and all the attractiveness is gone. The hordes of Johoreans who flock here to work on a daily basis is no proof that our “lower taxes” make living here better for them. In fact, the clever strategy adopted by these workers is proof that life in Singapore is financially stressful.

Some time ago, a trolling professor on Facebook debated with me, claiming that our “low taxes” attract foreign workers – especially Malaysians. Even a child knows that it’s not true. Kids who have read Gulliver’s Travels can understand that something tiny taken from the land of giants becomes huge in the land of miniature people. A grain of rice, practically worthless in Brobdingnag, becomes a huge block of rice that can last for months in Lilliput.

For decades, our employers have been exploiting the Johoreans’ strategy by depressing wages to levels which are totally unrealistic relative to Singapore’s high cost of living. It’s the “best of both worlds” that draws workers from Johor. They earn SGD here and even though the wages are impossibly low by Singapore standards, it is more than decent when converted to ringgit. Once they lose that benefit and have to live in Singapore (at their own expense), working in Singapore makes little sense to them.

Businesses thrive on cheap labour and for the longest time, it has been a win-win situation for both parties. But Covid-19 exposes a glaring vulnerability. Often defended by the conformists in our bureaucracy and academia, Singapore’s over-reliance on foreign labour (to sustain a burgeoning, billionaire-enticing economy which brings very little to the table of the average Joe in Singapore) is something which we should have been concerned about for decades. Sure, employ some foreigners when we don’t have enough suitable locals to fill those jobs, but when we rely too heavily on them (so much so that they become the majority in some sectors), we may end up with a major crisis when we have lockdowns or other major cross-border issues.

I’m just wondering, has the message reached our policy-makers? When the pandemic runs its course, will we see a new normal or will we go back to the old normal with everyone hoping and praying that we won’t get another pandemic like Covid-19? Thankfully, some enlightened souls are already seeing the importance of being at least partially self-sufficient.

But wait. Singaporeans are expensive. Who wants to pay more? Strangely, while we seem happy to pay more for cars, houses, ministers’ salaries and celebrate the extravagant lifestyles of sexy influencers, nobody seems willing to pay more for unglamorous workers like cleaners, garbage collectors, hawkers and nurses who turn out to be the heroes in this battle against Covid-19. Compared to the developed world, our workers in these sectors are absolutely the lowest paid. Have we gotten our priorities all wrong? I’m not hopeful, but we must change this exploitative mentality.

And karma hits us in more ways than one:

Singapore reported a record of 142 new Covid-19 infections on 8 April 2020 and a new record of 287 cases the next day. 219 or more than half of the latest infections come from the S11 dormitory in Punggol. These cases are mostly linked to clusters at foreign worker dormitories that house low-wage workers in the construction and sanitation industries. Those groups now account for 253 infections across nine facilities, more than 15 per cent of the country’s 1,910 cases, according to Ministry of Health data. Why has the spread been so rapid?

Well, according to Mr Lawrence Wong, who chairs the ministerial task force along with Health Minister Gan Kim Yong, “Many (of the infected workers) had very mild symptoms and so they continued to work, that’s why there was a delay in picking them up. It is likely that the virus had been spreading in dormitories for some time,” he said. 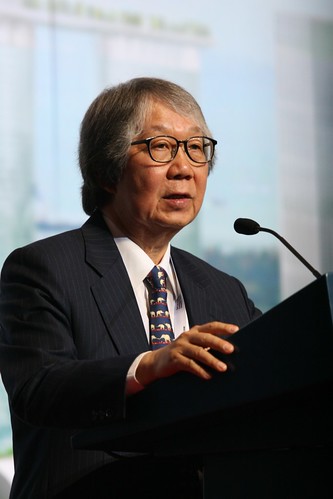 Prof Tommy Koh had this to say:

“The way Singapore treats its foreign workers is not First World but Third World. The government has allowed their employers to transport them in flat bed trucks with no seats. They stay in overcrowded dormitories and are packed likes sardines with 12 persons to a room. The dormitories are not clean or sanitary. The dormitories were like a time bomb waiting to explode. They have now exploded with many infected workers. Singapore should treat this as a wake up call to treat our indispensable foreign workers like a First World country should and not in the disgraceful way in which they are treated now. I feel angry when I see foreign workers sitting on the ground eating their lunch. I see exhausted foreign workers stretched out on the ground to rest.”

What was Prof Koh referring to? Well, the purpose-built workers’ accommodation at Toh Guan for instance, was among the two facilities to be isolated in Singapore on 5 April 2020. There, a total of 6,800 workers are distributed across 687 apartment units with an average 8- 10 occupants per room, according to emails with Centurion Corporation, which owns the buildings. The units include bathrooms, a kitchen, showers and dining space.

Interestingly, Prof Koh has been chastised by some who said that he was not being helpful by making such remarks with the benefit of hindsight. They think that Prof Koh had played apologist. They felt that the fault does not lie with the employers and we shouldn’t be feeling guilty and blamed the outbreak on the workers for their own “dirty habits” which caused these problems. These folks should take a look at how construction workers in First World Countries live. And interestingly, while some animal lovers shed buckets of tears for the way farm animals are treated, they seem quite happy to ignore the squalid conditions facing our foreign workers in the sanitation and construction sectors. 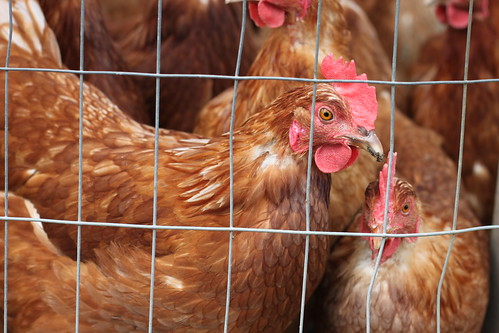 Like the Johorean workers, the employers here have exploited the desperate situations of indentured workers and provided them with less than decent living conditions. Activists (the genuine ones) went on the ground to show us some of the horribly unpalatable and unsubstantial meals that the workers have been served.

I have personally seem some of these lunch boxes when I passed by a construction site in Punggol – turmeric rice and a few strands of vegetables. It’s really quite pathetic. It’s not that our activists or Prof Koh for that matter had not said anything about this in the past. It’s just that few people pay attention until dire consequences surface. To those who ask us to stop blaming out of convenience and opportunism, are we not going to identify and close a gap? Just like the case with Johorean workers, we have overlooked our vulnerabilities while maximising profits.

“It is honestly a difficult situation,” said Leong Hoe Nam, an infectious diseases doctor at Singapore’s Mount Elizabeth Hospital, who drew comparisons to cruise ships like the Diamond Princess, where about 700 of its roughly 3,700 passengers were infected with Covid-19. “This is going to be a big mess.”

The first 2 dorms which had been gazetted housed 19,800 workers. Another 2 dorms identified as clusters housed 29,500, making a total of 59,300. If we have 17% infection rate like Diamond Princess, there will be 10,080 infected persons with possibly as many as 1,000 needing ICU care. According to one source, we only 450 ventilators in Singapore! Yes, I think we may have a problem and while I too believe that we should focus on the task at hand and not on blaming, it is important that we recognise the source of the problem so that mistakes are not repeated.