Sickle Your Cell Just In Case 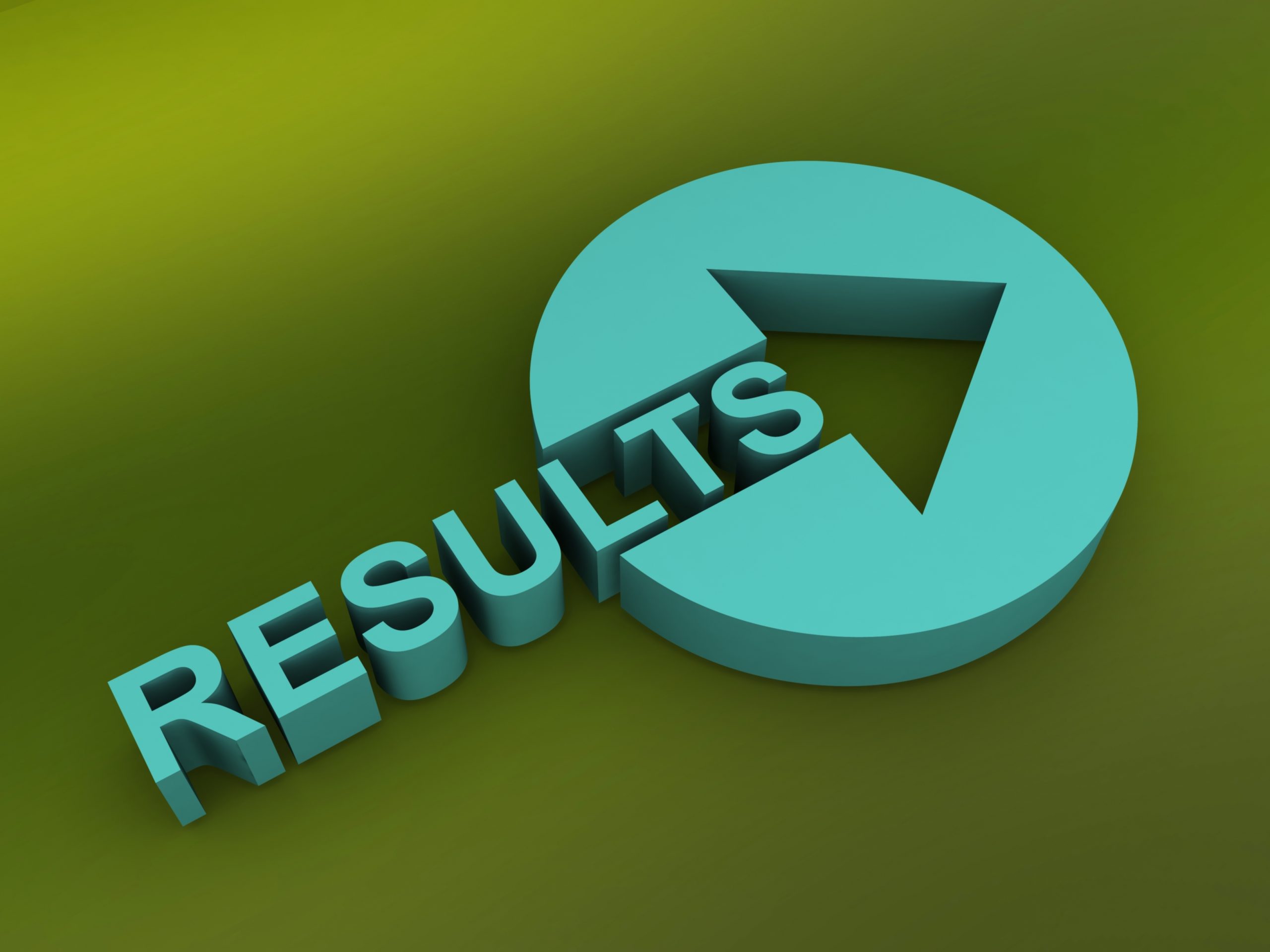 Once upon a time in Africa, there was a very hardworking family. They toiled on the fields from dawn till dusk and the end of every harvest season, they would be handsomely rewarded for their labour.

Next door, was a lazy family. The members of that family would always complain about pain, tiredness, breathlessness on exertion and they spent a lot more time resting in bed than working the fields.

Then one year, at the end of the rainy season, a strange illness appeared in the village. Many people came down with high fever, severe chills, vomiting and diarrhoea. Most of the hardworking family died. Surprisingly, almost everyone in the lazy family survived.

Falciparum malaria is a particularly severe form of malaria caused by the organism Plasmodium falciparum. It is a parasite that spends part of its life cycle inside the red blood cells of its host. As the parasite grows, it consumes the contents of the red blood cell, digesting it in an acidic vacuole. When this vacuole bursts, many copies of the original organism are released to infect other red blood cells.

The lazy family was not really lazy. They suffered from pain and fatigue because they had a hereditary condition called sickle cell anaemia (SCA). People with this disorder have atypical haemoglobin molecules called haemoglobin S. Instead of the normal doughnut shape, haemoglobin S can distort affected red blood cells into a sickle or crescent shape. When red blood cells sickle, they break down prematurely. This leads to anaemia and all its accompanying symptoms like shortness of breath, fatigue, and delayed growth and development in children. That’s why that family appeared “lazy”.

While the condition is debilitating under normal conditions, SCA can be an advantage in a malaria outbreak because sickle cells infected with Plasmodium falciparum collapse and prevent the parasite from interfering with the cell’s actin proteins, thus protecting the host against malaria.

In a world without Plasmodium falciparum, the gene for haemoglobin S and SCA would have been “weeded out” through the process of natural selection. But this nasty mutation does have a redeeming feature. It protects the people who are lucky or unlucky enough to have inherited the gene from both parents (who could be carriers or SCA sufferers) in a malarial outbreak.

A day ago from this time of writing, Wuhan declared itself covid-free. While I take that with a huge lump of salt, it is quite undeniable that the lockdown there is much better managed than that in the US. Why? It’s the system. China’s authoritarian system clobbers those who don’t fall in line. In the US, there is freedom of speech, there are human rights. It’s just like getting a platoon of recruits to fall in and march from company line to the auditorium. You just fall them in and cepat jalan then there. It’s all very easy and efficient because recruits are obedient. But what happens when you’re dealing with a platoon of reservists, many of whom hold very dignified posts in their civilian lives? The Chinese leadership is dealing with recruits who would jump off a cliff if ordered to. The US leadership on the other hand, is leading people with minds of their own. Some of them are very smart and are able to contribute to society. Some of them are clowns, just like their incumbent president. It’s undeniable that America would do much better if everyone could be a recruit marching to Dr Anthony Fauci’s tune. Sadly, this is not the case.

There are too many smart alecs out there, defying the lockdown, clashing with nurses and with no clue about the gravity of the situation or what they’re dealing with.

This is when a leader should wield a big stick. It’s an emergency. There is no time for discussion with people who are about to step off the edge of the cliff. When people disobey and insist on their right to disobey, you get the sort of nonsense that you see in the above images. Will this jeopardise efforts to contain Covid-19 spread? Of course it will. That’s why we need emergency laws even in democracies.

Fans of authoritarian regimes eagerly point out that this is “proof” that freedom and democracy are bad for a country. Yes, it’s bad, just as normal red blood cells and haemoglobin are bad in times of a malarial outbreak. But would you want to have SCA so that you could be protected in such situations? Not me. I want normal, healthy red blood cells. Malaria is also treatable and preventable. Why would I want to have abnormal red blood cells?

Draconian measures should only be brought out under exceptional circumstances. That’s one difference between an authoritarian regime and a democratic one where freedom and human rights are still respected. There is another difference. While people under the democratic system are obliged to follow the rules laid out by their leaders, their leaders are in turn accountable for any lapses in their judgement and decisions. 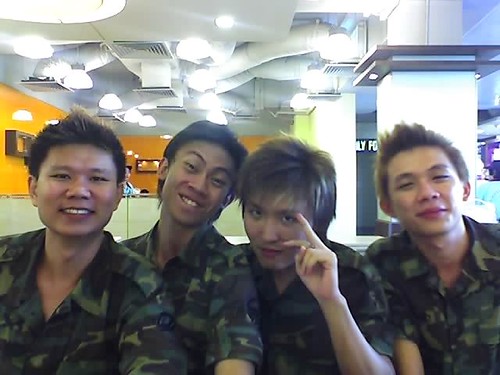 As Prof Ming Ju Zheng once pointed out, authoritarian regimes can function very well under certain conditions. For instance, hard-nosed sergeant majors can march their “recruits” very efficiently to the auditorium. Try doing that with a bunch of reservists and you’ll have an idea of what things are like when there is freedom and human rights.

But that hard-nosed sergeant major, who would never tolerate any attempt by a “recruit” to correct him, is capable of mistakes. What if the platoon is supposed to go to the cookhouse and not the auditorium? Authoritarian regimes are almost never accountable for their mistakes. Maybe I should count myself lucky that I was not not fined for wearing a mask since early February.

Friends who have been following my Facebook updates would realise that I’ve been hawkishly looking for masks for my family members to use in crowded public places since early February. Recognising that surgical masks would be in short supply, I had already bought reusable cloth masks and modified them for Covid-19 protection. Not only did I not get support for my actions, I was criticised for unnecessarily causing worry although not being much of an influencer, I don’t have any power to trigger hoarding.

While trying my best to protect my school-going children, making sure they were wearing masks on public transport, they were not allowed to wear masks the moment they entered the school (unless they were sick). When I wore a mask to my son’s school, I was questioned by teachers whether I was unwell. To me, this was a bad policy, but then, we’re all recruits and have no say over what the sergeant major ordered. We just march to the orders of the sergeant major. Even when we had a case on a PHV, I still had stubborn academics arguing with me that masks were not necessary as there was no conclusive evidence of community spread.

Then came the first circuit breaker. Masks were simply “not discouraged” at first. After that, with the announcement of CB extension, masks became mandatory, not just on public transport but the moment you step out of your door. That’s what I’ve been doing (and told that it’s wrong) since early February! Incredulously, there are still stubborn and arrogant academics who tried to wriggle their way out of admitting a mistake by saying that the situation has changed, nobody expected this etc etc. So if you could turn back the clock, you would still discourage the wearing of masks and throw your head start out of the window? This is crisis with many unknowns. We should gather information from multiple sources and make intelligent and intuitive guesses. We shouldn’t rely only on official statements. We don’t wait for things to happen or situations to change and then react to them.

As I looked back at how our leaders derided others for wearing masks, a conforming educator even had the cheek to tell me that hindsight is always 20/20. Well, he either hadn’t been following my Facebook updates or can’t tell the difference between foresight and hindsight.

Nevertheless, I should still count myself lucky that they didn’t fine me and my family for wearing a mask in the early days of the pandemic. But in times like this, what we should really be thankful for, is a that we still have a way (albeit a crippled one) to change that sergeant major.