Before I Cool Off 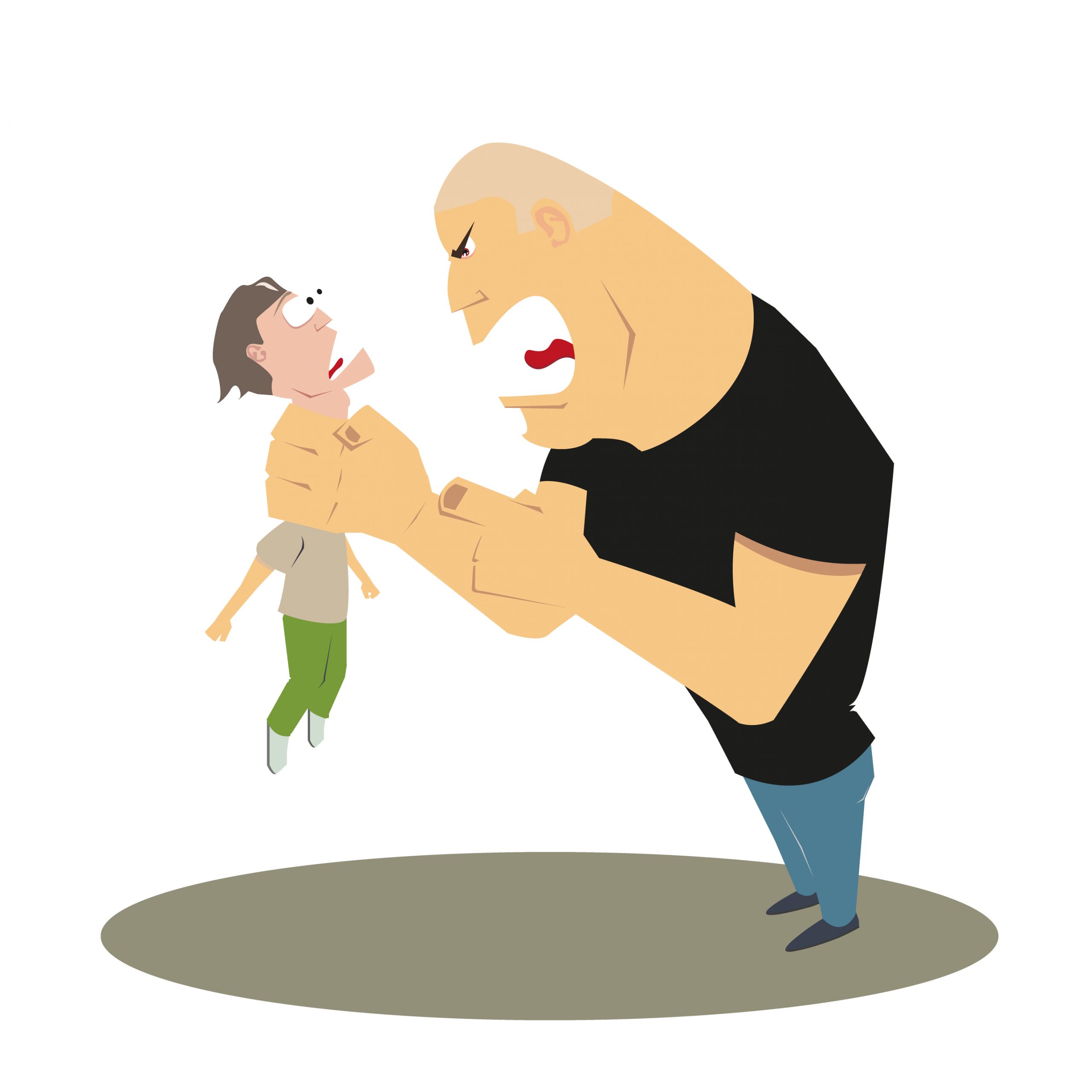 Tomorrow is Cooling Off day. I’ll take this opportunity to say a few words before that. Just hours before Cooling Off Day, Mr Chan Chun Sing made the news with a leaked audio recording again. I wonder who sabotaged him this time. To some, it’s a shocking revelation. To me, it’s neither shocking nor revealing in so far as things I don’t already know. Mr Chan said:

“Every election the PAP-vote problems, you check back the 50 years and see. Then suddenly a crisis will save us. Then we’ll start dropping again. Until the next crisis save us, and it’ll drop again. You look at the last 40 years’ pattern.”

Those of us who have been observing the election results over the years would not be surprised by such cold and callous calculation. With a kiasu, kiasi electorate, that is only natural. But even for those with a vestigial conscience, the following line must raise a few eyebrows. 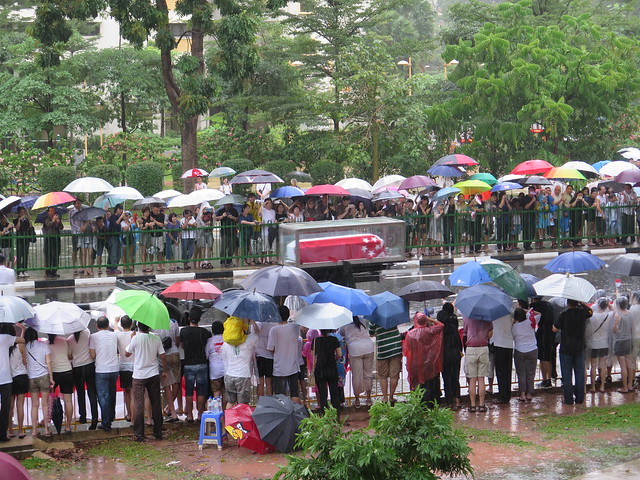 Now that’s really something that should be whispered even behind closed doors, but the message is loud and clear (thanks to an insider with more than a little vestigial conscience). The Minister of Trade and Industry from GE2015 was speaking at a PAP’s closed-door meeting to 60 attendees in the northwest division in Bukit Panjang on 9 January 2019.

Mr Chan also referred to another “crisis” in the previous year when there was some territorial dispute between Singapore and our neighbour. He seemed to be referring to that episode as an opportunity that was missed.

“The party could have called for an early election over the conflict with Malaysia if it escalated,” he revealed.

“The most important thing for PAP in tonight’s conversation must be the house majority. We will never know; our neighbour might do us a favour and we might call for election tomorrow. Are you ready?”

Do “us” a favour? Yao mo gao chor ah? We might as well ask Covid-19 to do us a favour and ease the burn of old age. That’s not a hyperbole. I actually know people who think this way. Now, we have Covid-19. Are some people celebrating and seizing the opportunity?

As soon as the audio went viral on social media, there was a flurry of comments, many expressing disgust. Many netizens swore that they would vote against the PAP. Of course, Mr Chan later clarified and said that he had been quoted out of context. Does it matter? Of course not. In my opinion, the exposure will only have a minimal effect on the election results. Why? Because the strategy of the ruling party is all too obvious even to the most ignorant voter. Any supporter would already be aware of how they operate and they must have, tacitly or otherwise, already accepted that coldly calculative approach towards humanity and prosperity.

Holding GE2020 in the midst of the Covid-19 pandemic gives them a tremendous advantage in winning over the diffident and spoon-fed electorate. Work on the people’s fear of uncertainty and you’re likely to get the same kind of results that you got when Lee Kuan Yew died or would have gotten if Malaysia threatened war. And again, it would insulting to our intelligence to give all the excuses for holding the elections at such an inconvenient time.

Just look at the glaring irony of the following newsPAPer headline. For a moment I missed the words with the red background and thought it was some alternative media criticising the PAP. What can I say but yao mo gao chor ah?

Holding the elections now is not ignoring the risks and dangers of Covid-19? Folks who are concerned about the pandemic should accept their full control once again? Then, there’s this incredibly revealing photo where all the “elements” are lined up so perfectly that you could be forgiven if you thought it’s posed or staged. The old lady on the wheelchair was attended to by WP candidates. The PAP candidates didn’t seem to see her and decided to spend their time more profitably by distributing their flyers to as many potential supporters as they could. So telling, isn’t it?

Again, the image went viral and there was a flurry of comments. I almost laughed out loud when some folks predicted that the men in white would lose from this piece of bad publicity. How could they? Again, the effect is going to be minimal. Just because they see their benefactors behaving this way their supporters will not change their minds. They are not voting for the party because they are kind and caring people. They are voting for them because of potential personal gains. While they might want to say the politically correct stuff on social media, voting is secret!

It’s true that you can get lots of fans and admirers if you show kindness and compassion, but you will not win the elections in this society simply by giving the weakest members of society a leg up. Cardboard collectors are only a very small minority in this First World country. The rest of this city state is full of people chasing wealth and the “good life”. People vote for their own progress and prosperity; not for a kinder, more helpful and generous society where they must share with and care for others whom they privately or even publicly label as lazy or inept.

Confronted with such embarrassing unmasking, what would you do? In his political broadcast this evening, Law Minister K Shanmugam issued an outright threat to his voters in Nee Soon GRC, warning them that if the PAP does not get voted in, they will have no estate upgrading of “15 major projects”.

He said: “Looking ahead, at least 15 major projects would be completed or significantly upgraded in the next five years.”

Another Nee Soon GRC candidate, Derrick Goh, joined in the threat, warning that 41 blocks in the ageing estate of Yishun may lose their upgrading and numerous bus services if the PAP lose power:

“The Home Improvement Programme for 41 blocks in the area and improve bus services. I want to increase the number of inclusive initiatives for young families and the vulnerable, as well as revitalising Yishun mall and developing a new community club with better facilities.”

PAP MP Louis Ng chipped in, saying Yishun will have “one of the largest community farms in the heartlands”, only if PAP wins.

So what’s new? Sure, nobody likes to be threatened, but a vote cast in disgust will still be counted as a vote in support. Will the residents at Yishun stand up to such threats like the unfazed and courageous voters of Potong Pasir and Hougang in the 1990s?

In recent days and weeks, I’ve come across video clips of Prof Tommy Koh’s speech in which he announced to the public that he loves Singapore and would die for the country. A few other brave chaps followed suit. Regrettably, I’m not so courageous and self-sacrificing. However, in spite of my weaknesses, I just can’t get myself to bow to threats like these. I would spend a little less, live a little more simply. I’m not sure if those who sold their souls in exchange for wealth many times greater than mine could be as many times happier than me.

I’m ready for the election results that will greet me on Friday night. Are you? But no matter how prepared I am, I know that it’s still going to hurt. This is supposed to be my country, not Singapore Inc. These are supposed to be my people, not the kiasu, kiasi and gian png political vegetables. I’ll be sad for a while, but the sadness will pass because I’ve learned to be happy in the minority. Have you?