The Party Is Over 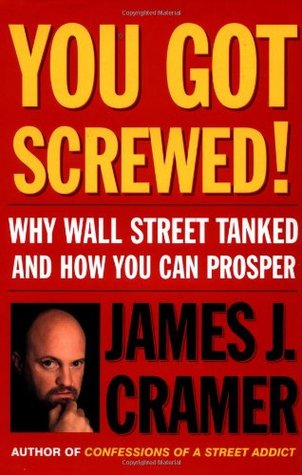 The date was 2 July 2020. Our leaders reported in the PAP’s first political broadcast for GE2020 that they had injected almost S$100 billion into this effort through four Budgets.

“We are supporting our healthcare professionals and frontline agencies to contain the virus,” said DPM Heng.

“We are also providing wage subsidies to help businesses keep Singaporeans in their jobs, and we are creating many new jobs – in both the public and private sectors – for both fresh graduates as well as those who are seeking employment.”

Just 2 weeks ago, Mr Heng said that Singapore faces “severe” challenges not just over the next few months, but for many years to come.

“That is why we are calling the General Election now,” he said, stating that this election will be “like no other”, with Singapore’s lives, jobs and future at stake. 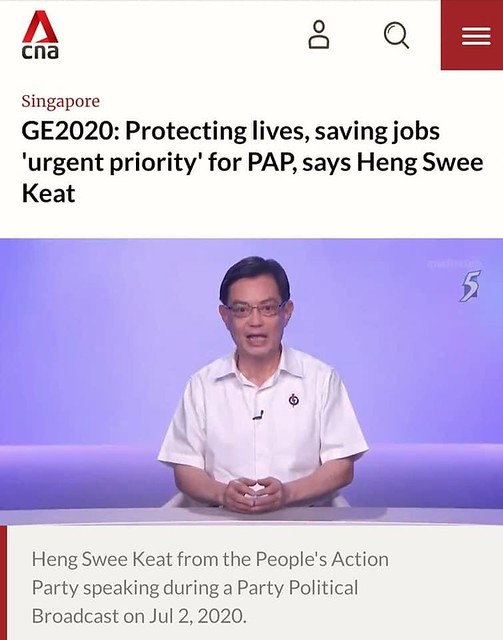 It was a message that hit many Singaporeans (obviously the majority) hard. We know who holds the purse strings. We are warned of the hardships ahead and though justification for holding the elections in the midst of the pandemic remained weak, many people are worried that they may not get the financial support they need if they do not humour the powers that be and give them the mandate they ask for. Fast forward to 16 July 2020 (actually 15 July when the interview was first granted to Bloomberg) and Trade and Industry minister seemed to be singing a very different tune. When asked whether there is a need for another stimulus package on top of the nearly S$100 billion in total package (20% GDP) due to the massive contraction of 41% in the second quarter, Mr Chan replied that fiscal measures alone are not the most appropriate for the challenge of reduction in global external demand that Singapore is facing. 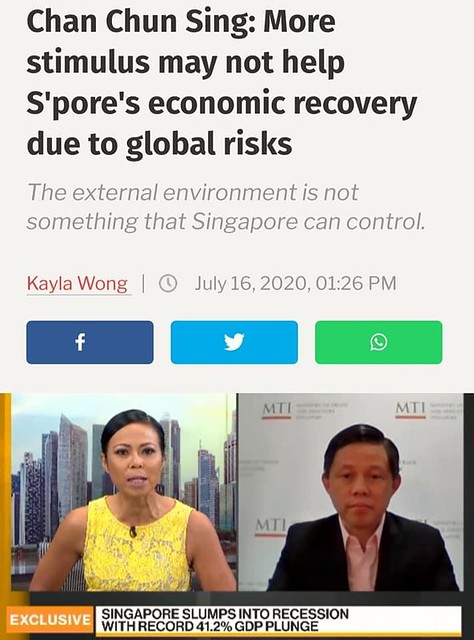 So what is being done to help businesses recover?

Of course, I’m not surprised by this latest development, but I would be surprised if the PLPs start banging their heads against the wall and regret being part of that 61%. But I would be very surprised if any significant number of ailing SMEs can be rescued by these “measures”. Of course the external global demand is beyond our control. But what about the local businesses that depend on local demand? Won’t these benefit from additional stimulus packages? As a friend pointed out, the cheque has bounced.

Next, the issue of Reesha Khan seemed to have spread to involve Singapore’s blogger queen Xiaxue who is, as everybody knows, a shameless PLP. Some years ago when Xiaxue tried to do a Wee Shu Min, I wrote in this blog, reminding her that our earning powers are not permanent. There will come a time when we become dependent on the welfare and compassion of others. There will come a time when she gets edged out by other bloggers or dropped by the various sponsors.

A Xiaxue apologist calling him “Limpeh” replied to my posting, telling me how “resilient” Xiaxue was and how she would be able to make a comeback regardless of the setbacks she faced. Meaning that those who fail deserve to their fates? For someone anti-establishment, Limpeh seemed to be propagating the PLP idea that the only form of help that should be given is self help.

But as “fate” would have it, Xiaxue poked her nose into the Raeesha Khan episode and in a typical PLP move, called out the now elected MP for her “racist” remarks. She derisively implored the WP to stop fielding candidates whom she deemed as radical feminists/leftists.

I’m not sure how many points Xiaxue managed to score with that one, but Raeesha is not lacking in fans and supporters, just as Xiaxue has her haters too. Someone picked up a 10-year-old old tweet in which Xiaxue said (referring to South Indian migrant workers) and reported her to the police:

“Coz they molest people and fuck our maids and leer at girls and flood little India!! Yeah I’m stereotyping, but fuck u if u say its not true.”

Old wounds flared up and new ones were maid. Netizens jumped on Xiaxue, applying the dirty Chinese trick of 釜底抽薪.

Shortly after that, Fresh Beauty announced “Fresh supports diversity and inclusion in all forms, and we stand by that. In light of this, we have ended our partnership with Wendy Cheng.”

The embattled blogger queen’s troubles did not end there. She was also visited by the police who asked her to explain her tweet. I’m sure those of us who saw it first hand knew who she was referring to but Xiaxue claimed that she had forgotten about which group she was referring to (hanging around Little India). She also claimed that she had been sexually assaulted by folks from this group which she referred to as “Group B”.

Yao mo gao chor ah? Like that also can? Xiaxue posted the following rant on Instagram (with 138 likes):

Authenticity > money. I’ve been posting unpopular views since 2003.
Blogged when nobody was paying me, will continue to post if nobody is paying me now either. You want politically correct influencers who grovel and backtrack at every criticism and give fake apologies you can find them a dime a dozen. You may not like my views but I have a right to say them.
⠀
You are not going to bully me into silence, or force me to be a hypocritical woke sheep like you, echoing the same tired sanctimonious virtue-signaling crap every other person on social media is repeating ad nauseam. It’s like all of you are infected by the same mind virus. Blah blah patriarchy blah blah intersectionality blah blah internalized systemic institutional structuralism blah blah cis-heteronormative inclusivity representation acknowledge your privilege blah blah blah. Dude. Have some original thought. And here’s something that will shock you: if your ideologies are all backed up by giant corporations, you are not that radical.
⠀
I post not to please you. I post because I think it’s important to have diverse viewpoints out there for people to decide for themselves. Why? Are your arguments so weak you want to shut down anyone who disagrees with you?
⠀
I have the strength to carry on no matter how hard you fuckers try to bring me down because my supporters expect me to always be real, and to say the hard truths on their behalf when they can’t. Facts are sometimes not nice, but someone has to say it. If it has to be me, so be it. You hateful people don’t matter. My supporters that have been here for years and years matter.

The trouble with Xiaxue is not that she is “authentic”, honest and opinionated (even though she certainly is to a certain extent), but she assumes that people who disagree with her are just hypocrites trying to be politically correct. Some of them may be, but there are those to take offence with her arrogant, self-centred, self-absorbed stand. She can take her place as a lifestyle blogger and an influencer of hip and affluent young people, but she shouldn’t (because she can’t) share the same stage with someone running for public office like Raeesha Khan who has been helping and speaking out for the downtrodden even though she herself does not belong to that category. It will only make Xiaxue look like a joke. Contrary to what Xiaxue believes, there is no irony in wealthy Raeesha’s cause. She has the social conscience lacking in people in her social economic class who just go “heng ah” and quietly prosper under the system.

Interestingly, a police report was also made against our DPM Heng with regards to his claim that Singaporeans are not ready for a non-Chinese PM. We have another PLP in the form of Selva Ganesha Moorthi who said that:

“Here’s the survey from the Lee Kuan Yew School of Public Policy that Heng Swee Keat was quoting when he said that “older Singaporeans are not ready for a non-Chinese PM. What he said can be backed up by statistics and isn’t some pulled-out-from-thin-air nonsense. So how many of you guys are willing to retract, delete and apologize for your “HSK is racist” posts? To not do so will be libellous and irresponsible.“

It’s just like asking a random bunch of non-Black Americans whether they can accept a Black president before anyone had even heard of Barack Obama. Without a face on it, I’m very sure the vast majority would say no. Obama is the 12th most popular American president. 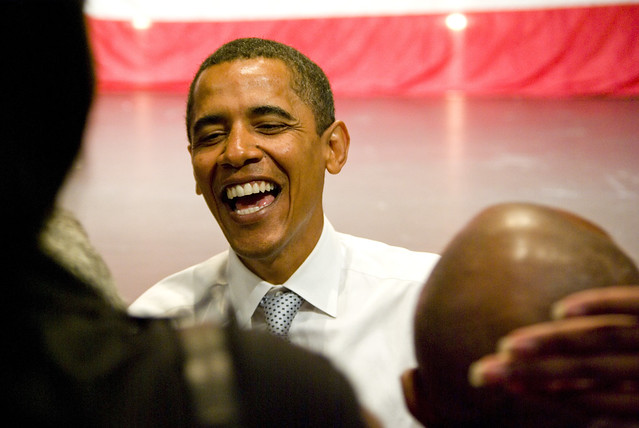