Peanuts For You, Truffles For Me 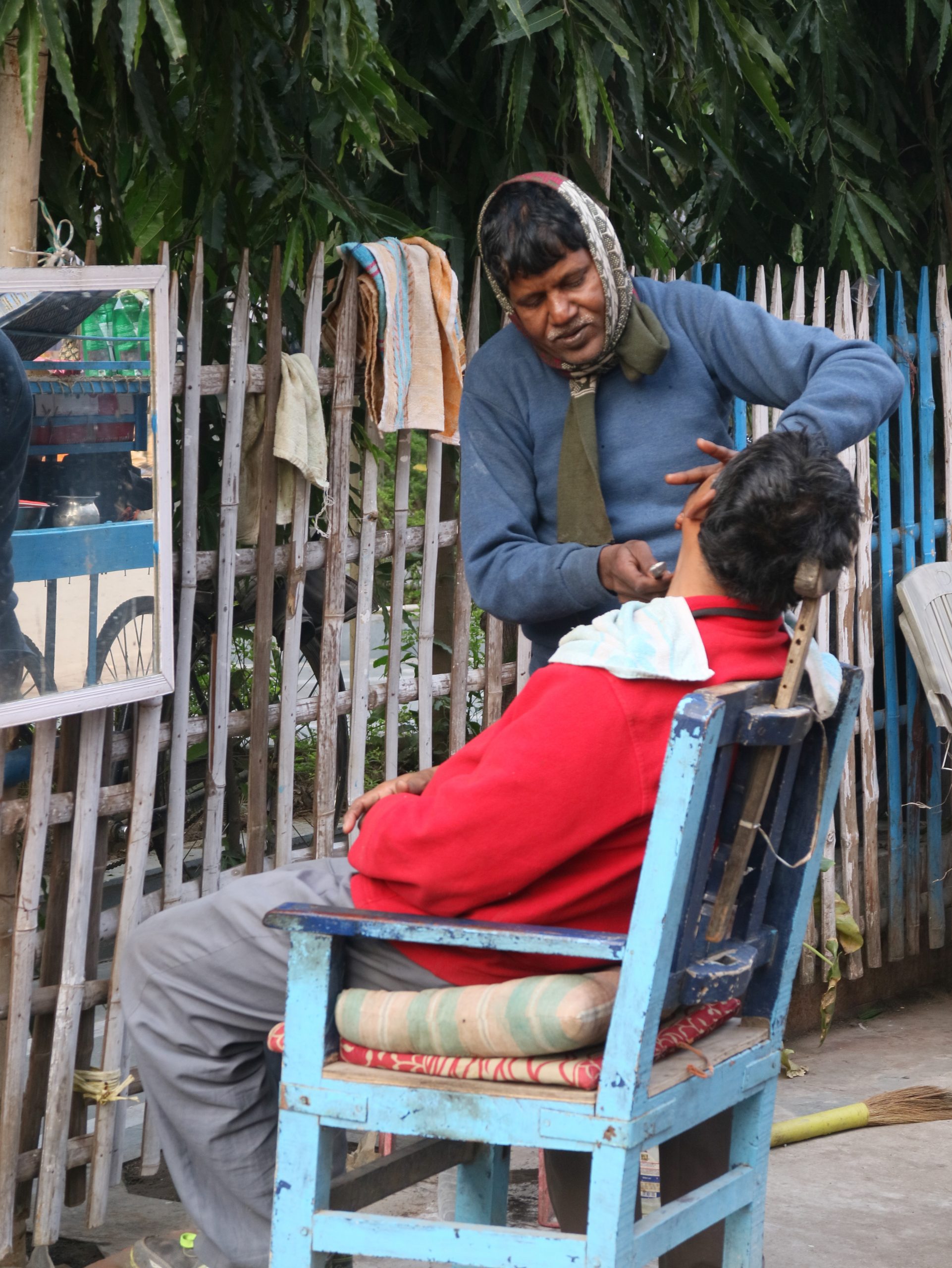 Back in 2009, Mr Tan Yong Soon, then a senior official at Singapore’s Environment Ministry (professor at LKYSPP now) wrote to our favourite newsPAPer, the Straits Times, an article about his 5-week French cooking course at the Le Cordon Bleu cookery school in Paris. His wife and his son also joined him. It’s a long holiday for most people, but Mr Tan thought that being absent from work for 5 weeks was no big deal.

Mr Tan wrote in the newsPAPer: “Most times when you are at the top, you think you are indispensable (really?). But if you are a good leader who has built up a good team, it is possible.”

So he’s at the top and a good leader. How nice. But his article raised more than a few eyebrows when it was revealed that the 5-week course for three at the prestigious French cooking school cost more than S$46,000 (>$15,000 per pax). But where else can one learn authentic French cooking back then? Mr Tan was paying for French masters whose skills were not easily found in Singapore. 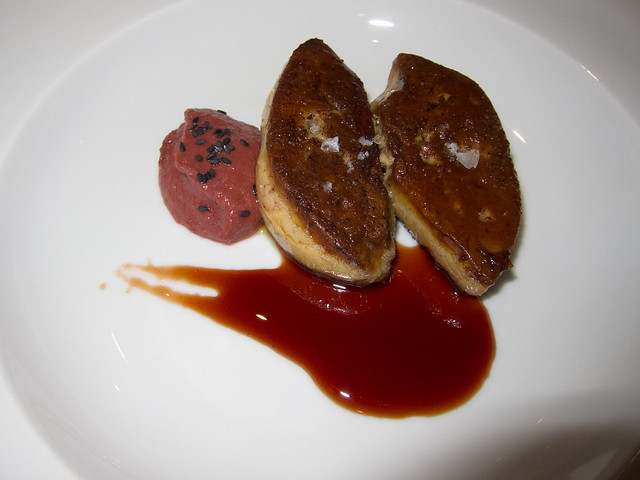 Nevertheless, the lifestyle which Mr Tan espoused drew quite a bit of flak from members of the public. While talk about being “at the top” and a “good leader” did sound a bit insensitive, his extravagance ought to be put in perspective as we don’t seem to be paying the right price for the right talent in many other instances.

You see, Robert Kiyosaki (Rich Dad Poor Dad) conducts seminars for only $500. So cheap? Well, these seminars are merely leads to real estate training workshops that cost $45,000. Yes, you need to pay to see their advertisement. Good deal? I won’t comment on how useful these things are, but people do fork out cold hard cash for what they believe are trade secrets and privileged information.

Make no mistake, rare talent, like diamonds, will cost us money and we will certainly be getting a bargain from India if we could import much needed talent which is lacking on our little island. But are we really getting talent that is lacking here? Do bad deals get unnoticed?

Well, I used to write for our local magazines as a freelancer. Once the internet became popular in the late 1990s, the magazines started getting contributions from the Philippines via email. Some publishers even tried to disguise the Filipino writers by giving them Chinese pseudonyms. Singapore has no talent? It has become a self-fulfilling prophecy as the cost of living in Singapore kept rising unchecked, local writers asked for more and publishers could shop worldwide for their replacements. The advertisers don’t care about authentic writing. The readers don’t care about authentic writing. Standards plunge.

Our brilliant leader just told us that we need CECA because we lack manpower in the area of technology and risk management. That really chills the cockles of my heart because risk management is one field which definitely suits conforming, disciplined, analytical people with good attention to detail; in other words, the typical Singaporean. Isn’t it true that considering how our world class education system is structured, the majority of kiasu, kiasi Singaporeans should perform very well this area?

As for technology, I certainly hope Mr Heng was not referring to India’s semi-high speed train technology. As a matter of fact, I have met some of these folks at work and I fail to see the kind of rare and valuable talent that they might be bringing to the table. Do we really need to import people who have never seen a dentist or a clean public toilet before they came to Singapore to manage risk and transfer technology here?

Most people have to spend a fortune just to listen to the gurus like Jack Ma, Anthony Robbins and Robert Kiyosaki. I’m a bit more fortunate as I know some very rich people not just personally but socially. 2 nights ago, I was having durians with a group of friends (just 4 of us) at Dempsey Road. I was probably the poorest guy in the group. The richest guy (top management in an MNC) in the group was big boss P. As we were enjoying our durians, he was preaching about how our government has been doing everything right and how people are not appreciating all these correct measures.

But how “correct” are these measures? He talked about increasing population through rapid immigration and how that would increase consumption and grow the economy. Of course, if population keeps increasing, the monopolies like utilities, transport and telcos will all gain with increased customer base. That’s hardly rocket science.

But what about the little guys? What does it do for the mediocre folks like me apart from crowded trains, crowded buses, crowded hospitals, competitive workplaces and unaffordable housing for the next generation? And as our population increases, cash-rich investors from China, Russia and Indonesia pour funds into business empires that drown out and suffocate our small, modestly-run ventures funded by hard-earned money. Does everyone stand to gain from increased consumption? Obviously not. The pie does get larger but only the big boys get to eat it.

Then, our big boss P talked about Japanese companies and criticised them for being too soft with their workers. If times are bad, just raise the bar and fire all those below it. Again, that’s not rocket science. I could be totally ignorant about what goes on at his level, but at his level, he may also not be able to feel the ground. Even as big boss P shed crocodile tears for a mutual friend who was about to be retrenched, he indirectly lauded Singapore’s situation in which workers have no rights to pursue retrenchment benefits. Doesn’t that suit his relentless cost-cutting measures? At least our friend felt morally obliged to find places for the people under her.

Yes, I saw this 7 years ago, but even back then, these salaries were totally unrealistic and I’m sure it has not gone up much over the years. The part-time sales assistant still gets $5/hour. What kind of a “manager” gets $1500/month? It’s probably not much more than $2,000 today. Of course, these numbers are not a problem for people who are way above this level of employment. It’s only a problem for people getting them and having to live on them. This company is not providing jobs for locals. It’s boosting the allowance of dependent pass holders, study mamas and students.

Meanwhile, the folks like our big boss P may hope that the numbers would go even lower so that they’ll need to pay even less. It’s not a living wage. It’s something to supplement the household income. People don’t care if they don’t need to bear the brunt of cheaper, better faster policies. Recently, folks from the PLP gang have been warning everyone about minimum wage.

“Minimum wages don’t work for me because it only means I have to pay more”.

But that is conceptually fallacious because the meteoric rise in costs in recent years cannot be attributed to these paltry wages. We have also been told that CECA has slashed the tariffs off goods imported from India. Have you seen the prices of goods drop at Mustafa since CECA came into force? Where have all the savings gone? Someone else may have been pocketing the difference – someone who shares the mentality of “peanuts for you, truffles for me”.

Being the mediocre individual that I am, I have no right to tell big boss P how to run his business. The fact that his business is thriving shows that he has been technically correct in managing his company but how about being morally correct to his workers?

Big boss P is normally very busy and flying about to attend business meetings. Covid-19 has given him a lot of free time. That’s why he was able to join us for durians. But free time gave him more frustration than joy for the man has no hobbies. He has so many things on his mind that he only manages to sleep 4 hours a night and he is not in good health. He may be wealthy enough to retire, but while he may know what to do with his money, he doesn’t know what to do with his time. Needless to say, I don’t envy him.