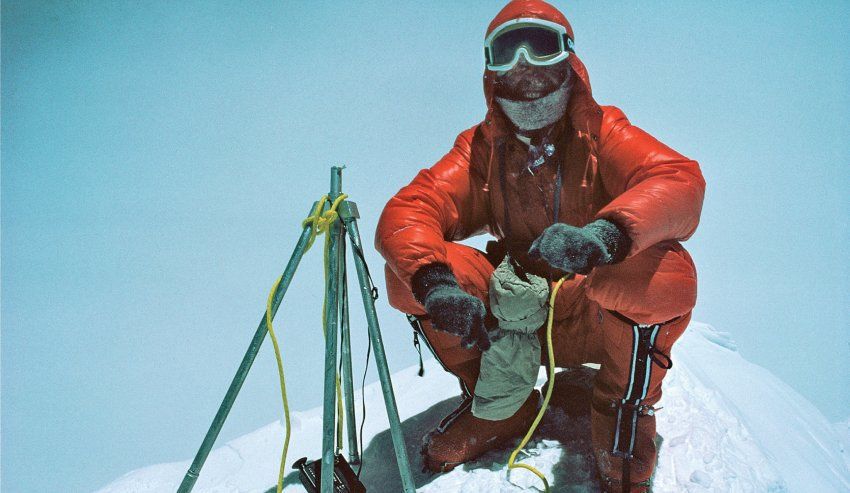 Anthropologist Margaret Mead was once asked by a student what she considered to be the first sign of civilisation in a culture. The student expected Mead to talk about clay pots, tools for hunting, grinding-stones, or religious artifacts.

But no. Mead said that the first evidence of civilization was a 15,000 years old fractured femur found in an archaeological site. The femur is the longest bone in the body, linking hip to knee. Even in societies with the benefits of modern medicine, it takes about six weeks of rest for a fractured femur to heal and resume function. Mead explained that in the animal kingdom, if you break your leg, you die. You cannot run from danger, you cannot drink or hunt for food. Wounded in this way, you are meat for your predators. No creature survives a broken leg long enough for the bone to heal. You are eaten first.

A broken femur that has healed is therefore evidence that 1) the victim received care and protection from his tribe and 2) the victim had the wisdom and patience not to move around and let the fracture heal so he could fight another day.

Prof Mead was absolutely right. When injured, the body must shut down for repairs and civilised humans had known that since 15,000 years ago. But how does that relate to Covid-19 when author Umair Hague mentioned Mead’s femur in his recent posting, “How the West Got Covid So Wrong”? How wrong? This wrong.

How and why did this happen? Why is even India (where rubbish literally flies everywhere when a train passes) able to contain the spread and not advanced countries in the European Union? Is it because Westerners are less civilised as Hague seemed to imply?

I don’t live in the West, but Hague’s observations on instances of what he calls “toxic individualism” are easy to verify. The bars and clubs are still full with people talking, laughing and not practising social distancing even as the pandemic is enveloping the city. Even though news and information on the pandemic are readily available, these folks believe that the virus won’t kill them and the lives of those who are more vulnerable should not stand in the way of their right to party, to enjoy their booze and burgers with like-minded friends.

Hague points out that the test of a civilised society is how it treats its vulnerable. Acknowledging that the West is not monolithic, he then judged that the West is flunking the test because there are certain groups that seem as if they just don’t care. Indeed, where is the wisdom of the healed femur? Why did these folks not have the wisdom and patience not to move around and let the pandemic pass so that they could fight another day?

Hague repeatedly mentioned “toxic indifference” and the “predatory” nature of the young working class. Not only that, the leadership in these countries disagreed with lockdowns and other drastic measures that could hurt the economy and they are now paying the price. 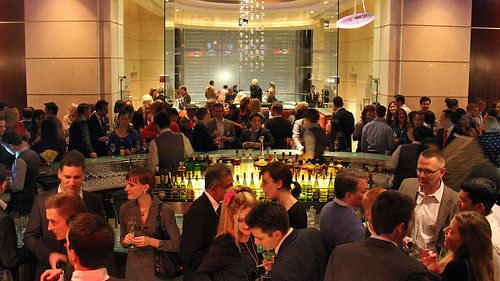 One of our local professors then said “A test of civilisations? Not so sure. Australia and New Zealand would count as “West” also. I think it’s more a case of how cooperative the people are and how much they trust their leaders and science.”

To be fair, the European countries, with the exception of Sweden, did impose lockdowns. The small difference which led to a huge discrepancy, is that they opened fully very soon after the numbers came down. We, on the other hand, are playing it safe, even to the extent of delaying Phase 3 opening.

It was not always like that. After Wuhan went into lockdown on 23 January 2020, it was still pretty much life as usual in Singapore. Taiwan immediately shut their doors. We only closed our borders to China at the end of January 2020, giving more than enough opportunity for a couple of tourists to contribute to our caseloads. We went from DORCON yellow to DORSCON orange on 7 February 2020 and that triggered the now very memorably sia suay wave of panic buying. Remember that at that point in time, we were still told that we should only wear masks when we were sick and life should go on as usual.

In contrast, Taiwan had banned all export of surgical masks since 24 January 2020 and formed a team of manufacturers to achieve self-sufficiency and ensure adequate supply. Mask-wearing was made mandatory. This annoyed a number of Taiwanese celebrities who were gifting masks to their “fans” on the mainland, but Taiwanese netizens were quick to call them out. They closed borders to all foreign tourists by 20 March 2020.

Singapore was days behind, closing our borders only on 24 March 2020 and meanwhile, many mainlanders residing in Singapore were shipping out crates of surgical masks to their 祖国 as supplies here run dry. Also unlike Taiwan, masks were discouraged in Singapore. We were told only to use them when we were sick and schools opened as usual and life went on more or less as per normal. Then, the number of cases started climbing and hell broke loose in the workers’ dorms.

Masks became mandatory in Singapore only on 15 April 2020 after the circuit breaker was activated on 7 April 2020. It took them that long to decide that masks do make a difference and drop all the silly excuses about not having enough sheep in the country. They finally back-paddled (unlike some arrogant and pathetic academics who still insist that they were right in discouraging masks earlier on).

Interestingly, the Straits Times Covid-19 timeline begins with the “circuit breaker”. Well, what about our somewhat “West-like” measures before that? Check out the difference between WHO recommendations and Taiwan’s actions in the following table. The WHO certainly seems more Western than Asian and China seemed to have given the same advice as the WHO while doing the exact opposite.

Meanwhile, even as many of us are still anxiously waiting for Phase 3 opening, our borders have already opened to China, Brunei, New Zealand, Vietnam and Australia, including Victoria. Yao mo gao chor ah? They would rather risk importing cases than risk having undetected cases in the community to open Phase 3? Why are we so strict in certain areas and so lenient in others? If all this seems rather mind-boggling to the plebeians like us, we can only hope that those in charge know what they’re doing and the risks come with considerable gains, not just to certain people but the common people like you and me.

Meanwhile, the Taiwanese don’t seem to be that desperate to get us back on their shores and our own nightspots are not going to be meaningfully open for a very long time.

I’ve mentioned in an earlier post about how different cultures and values affect how people cooperate with the authorities. Certain draconian rules and a bunch of “lobotomised”, obedient followers may save lives under certain situations. The totalitarian Taliban-controlled territories managed the spread of infection better than the rest of Afghanistan, but make no mistake, the pandemic does not last forever. Do you want Taliban rule just because of Covid-19? Sure, freedom leads to “toxic individualism”, but it’s precisely this form of individualism that has afflicted the likes of Magellan and Messner. Individualism can be costly, but depending on the situation, it is not always toxic.

The first recorded circumnavigation of the Earth was the Magellan-Elcano expedition, which sailed from Seville, Spain in 20 September 1519 and returned in 1522, after crossing the Atlantic, Pacific, and Indian oceans. Not long after the expedition began, Portuguese expedition leader Ferdinand Magellan had to battle treacherous seas and quell a Spanish mutiny onboard. They sailed through unknown waters, desperately trying to find a way to the Pacific Ocean. When they finally made it after 3 months, 20 days, 30 men from his crew of 200 had died and one ship with its crew, had deserted. Before the cause for scurvy was known, it was a deadly disease for those who dared to go on long voyages.

On several Pacific Islands, they met hostile natives. Then on 27 April 1521 when they had arrived in the Philippines, Magellan was killed in one of the many battles they often had to fight with the nasty natives. By then, only one ship in the expedition was seaworthy. Juan Sebastián Elcano took over as captain and sailed the remaining ship (loaded with spices) back to Spain, arriving on 6 September 1522, thus completing the first circumnavigation of the earth. Throughout the 3 years, the words “turn back!” must have been buzzing if not shouting into the ears of the crew. They ignored common sense and persevered. Had they been safety-conscious, conservative and conventional (like the ship that deserted), they would have turned back and failed in taking that giant step for mankind.

When Reinhold Messner and Peter Habeler reached the 8,848m high summit of Mount Everest on May 8, 1978 without the use of artificial oxygen, the climbers crossed what was considered an impossible barrier and set a milestone in the history of mountaineering. In his attempt to climb all 14 of the 8,000m peaks on earth without supplemental oxygen, Messner lost 7 toes to frostbite. He also lost his brother and on several occasions, he had a close brush with death. Most mere mortals will think Messner is crazy, but without his reckless behaviour, we may still be limited by the imaginary 8,000m barrier. Messner was not the first man to scale those peaks, but he was the first to cast all caution to the wind and climb them without Sherpa support and bottled oxygen, testing the limits of human endurance like never before.

Today, Reinhold Messner is often honoured as the greatest mountaineer ever. Ferdinand Magellan is likewise honoured as one of the greatest explorers. Both men are seen in their respective fields as the earthly equivalent of pioneers in space. Coming back to Hague’s question, are Westerners less civilised, caring and considerate?

Throughout the history of life on earth, evolutionary pressure determined the kind of organisms that survived and those that went extinct. Dinosaurs were not necessarily weaker. They just couldn’t cope with prevailing conditions. While secular climatic trends continue over millions of years, pandemics are just tiny blips on the history of the earth.

Will certain types of inappropriate behaviour destroy a nation? Perhaps, but if not, I’m very sure that when all this is over, the nations that celebrate individualism will emerge stronger and more innovative, assiduously seeking groundbreaking ways to combat future pandemics without letting them affect their preferred lifestyles while the obedient folks continue to swear by lockdowns.