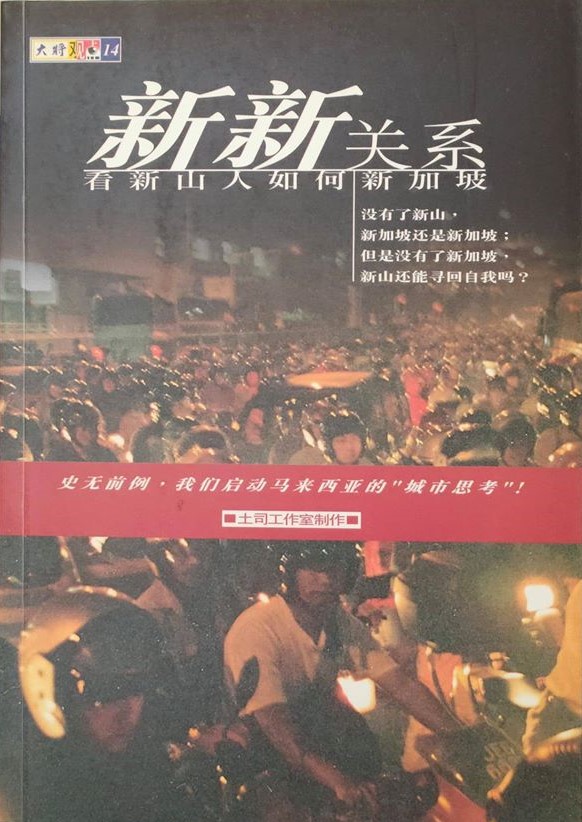 The Making of a Shopping Paradise

The vast majority of Singaporean visitors to JB went there for the food and shopping. Back then, many tour operators organised day trips for busloads of Singaporeans. As more and more famous eateries with signature dishes in Singapore became “professionally managed”, Singaporeans found more and more reason to try the authentic cuisine dished out by eateries and restaurants which were still family-run.

At the time of writing, the exchange rate between SGD and RM was about 1:2. The authors remarked that while Singaporeans tend to scrimp in Singapore, they would become big spenders once they’ve crossed the border. That said, the majority of Singaporeans who made frequent trips to JB belonged to the middle and lower income groups. That’s the only time they could feel rich – not when they look at their CPF statements – my words (actually not mine if you know what I mean)

The authors interviewed a Singaporean man with three young children – newborn twins and a daughter barely 2 years old. His most important purchase in JB was formula milk. He confessed that without milk powder which retailed at 50% less than prices in Singapore, he would have trouble keeping his three children well-fed. Traffic jam or not, he had to make the trip.

According to Malaysian statistics, every sales season in JB back then would attract almost 2 million (non-unique) entries from Singapore. While JB lacked Malacca’s history and Kuala Lumpur’s glitz, its ability to attract so many tourists was almost entirely dependent on the favourable exchange rate. JB was easily the Malaysian city with the largest number of money changers. According to Malaysian government statistics, SGD was exchanged for 9 million ringgit every weekend! That didn’t include the ringgit that was brought in. The numbers could be much higher today.

The biggest beneficiaries in this flood of Singaporean tourists were obviously the retailers and service providers in JB. The typical destinations for the average Singaporean family were shopping mall, petrol station, games arcade, restaurant, market, garage. Another popular destination was the pharmacy. For patients with chronic illnesses, long-term medications in Singapore could easily drain the financial resources of the middle to lower income groups. Back then, Malaysian citizens living in Singapore could still get highly subsidised medication from government hospitals in JB. One month’s supply of anti-diabetics cost only RM2!

The folks who were happiest every Chinese New Year were the shopkeepers selling new year goodies. When Singaporean buyers hit their stores, they would laugh their way to the bank. One year, a store selling new year snacks took a gamble and put up a big ad in Singapore’s radio and TV stations. That year, their sales left all their competitors in the dust.

Some years ago on Facebook, I saw a very old 1950s-1960s photo of an old uncle in Singapore. The one who posted it wrote in the caption that the uncle was going to JB for some R&R. He must have been quite young because 40-50 years ago, JBians came to Singapore to shop because there were hardly any shopping centres in JB back then. My aunt living in JB aunt used to travel to Woodlands to shop at stalls set up near the railway station. Then, within the last 30-40 years, the tide turned. When the first shopping centre in JB came up in the 1970s, few JBians thought that it would last. Nobody imagined that JB would become the shopping paradise that it is today. I think it’s very important that the authors mentioned this in the book.

JB’s continued prosperity depends to a very large extent on the political climate. In 1998, Singapore and Malaysia locked horns on the issue of Malaysian railway land in Singapore. Then, in a statement made against his political rival, then Senior Minister Lee Kuan Yew described JB as “a place notorious for shootings, muggings and car jackings.” The reaction from Malaysians was swift and relentless. Lee quickly apologised, but business in JB had been suffering since the two countries’ dispute over water and other issues which had been festering since 1997.

One overseas graduate in JB commented that the prosperity people saw in JB during the late 1990s was actually tenuous. All it takes is a strong ringgit to kill all the businesses here. Following the diplomatic spats, the traffic police had been setting up road blocks and showering tickets on Singapore-registered cars as an act of nationalism. Businesses on the other hand, adopted a purely pragmatic stand and refused to participate in the show of nationalism.

40 years ago, nobody thought that JB would ever become a shopping paradise. But within a decade, all that changed. JB turned into a roaring economic engine. As early as 2000 when this book was written, the authors had already observed that there was an oversupply of shopping malls. Some went bust within a year. More and more abandoned projects started cropping up everywhere. Developers adopted a hit and run tactic, abandoning old projects and starting new ones.

There was another problem with this throwaway business culture. It bred piracy, drug parties and the sex trade. Although JB had yet to become another Batam or Hat Yat, the authors noted that if the legal businesses didn’t take off, the illegal ones would naturally move in.

All these have a rather detrimental effect, not just on societal values in JB but also on the escalating cost of living. However, one JBian believed that the high costs in JB were not driven by Singaporeans but by JBians working in Singapore. While they were the minority, their income in SGD gave them enormous spending power over their fellow JBians. As more and more of them worked in Singapore, JBians would be divided into those who worked in Singapore and those who didn’t.