Years later when Chua Lam was in Singapore, a highly watered down version of that show was telecast on our local TV. It was a disgrace and an insult to the original 今夜不设防. Our celebrity guests were simply too restrained and nothing naughty was allowed. Even then, Chua Lam was widely regarded by many outspoken moralists in Singapore as a pervert.

Q: How did you arrive at the concept of 今夜不设防? Chua Lam: During that time, Ni Kuang often invited James Wong Jim and I to the nightclub. We had a great time sharing jokes and teasing the girls at the nightclub. Most of the time, it was Ni Kuang who settled the bill. Once, when I offered to settle the bill, it came up to almost HK$20,000. That was painful. The liquor served there wasn’t the best we could find. Most of the girls were ugly and we probably spent more time entertaining them than they did us. Dissatisfied with all this, I suggested selling the idea to a TV station. James Wong led the way, put his weight behind the idea and the deal was sealed. It would be a talk show, we would have sponsored Martell, Otard and XO in our glasses and pretty female celebrities would appear on the show to be teased and humoured by us. What’s more, we were even paid for it. Every time I received my cheque, I actually felt guilty.

Q: But Ni Kuang’s Cantonese is not very fluent.

CL: His thoughts move faster than his words. Even if he spoke perfect Cantonese, no one would be able to catch up with his thoughts. In the end, we had to use subtitles for him sometimes.

Q: Why did anyone allow you guys to smoke, drink and sexually harass female celebrities in the programme?

CL: The programme was telecast very late at night and censors were not so strict back then. We were a bit rowdy, but BBC came down to feature our programme. They commented that our show was probably the most unrestrained there ever was in TV history.

Q: Was the show live?

CL: Of course not! Some of the remarks we uttered when half drunk were vulgar. It would have been a disaster if it had been live and unedited. The recording usually took 2 hours. The intro was a warming up exercise. Most of the good stuff were found in the latter part.

Q: Was everyone drunk by then.

CL: Ni Kuang was the best drinker. I was second and Wong Jim the worst. When Wong Jim was drunk, he would take his clothes off. There was once he actually stripped down to his underwear. His whole body was red and plump. Quite cute.

Q: How much did you guys actually drink?

CL: The guests drank too, but not counting their share, the 3 of us could easily finish a bottle of brandy in 20 minutes. About 2 and a half bottles in every show.

Q: Can you guys still do that now?

CL: No way. I only drink the best wines nowadays. The wind kills me. After every bout of drinking, I get these aches and pains when the wind blows. Ni Kuang has also stopped, sort of. When I visited him in San Francisco, we still managed to finish a bottle of Mexican tequila.

Q: How did you guys get the guests to be so open and unrestrained?

CL: As it was a recorded programme, we promised to let them review and have the option to edit out the bits they didn’t like before broadcasting. Most of them were quite OK with the content.

Q: Why were the ladies dressed so sexily on your show? Your idea?

CL: Nothing of that sort. They seemed to know what was good for the show. Lin Qingxia and Cherie Chung were especially supportive.

CL: Jackie Chan talked the most. He came to our show twice. Actually he outshone us in terms of entertainment value. It was fun to watch even if the 3 of us didn’t talk. Leslie Cheung was very frank and candid. If you’d listened carefully, you’d have heard him revealing his innermost thoughts. Nina Li Chi and Chow Yuen Fatt didn’t really answer to the point. They were rather restrained for the programme. The best was Pauline Wong Siew Fong. She was on the show twice.

Q: The most memorable episode?

CL: Amy Yip. On that show, we went outdoors to shoot at a swimming pool. That night, Amy Yip came in an evening gown. We got drunk and threw her into the water. Even though she was drenched, she continued with the shoot and wasn’t angry at all. It’s still early in her career, but from that moment onwards, I knew she would be a mega star one day. 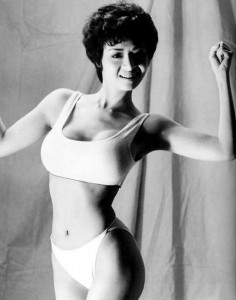 Q: A sensitive question. Can you tell us how much you guys were being paid for the show?

CL: At this age, there ought to be no more secrets. Each of us was paid HK$60,000 per episode. As for the guests, they were not paid, but the 3 of us would come up with some money to buy gifts for them.