Charles Dickens is indisputably the greatest writer of the Victorian era. The term “Victorian” owns a wide range of connotations, most specifically the high and strict moral standards. With corsets and hoops skirts being the fashion of the day, the Victorian era is most often regarded by modern liberals as steeped in “prudishness” and “repression”. Ironically (or perhaps not), Charles Dickens himself was hardly a good role model for that era.

An incorrigible romantic, Dickens’ first love came into his life when he was only 17. However, the relationship was somewhat one-sided. The woman, Maria Beadnell was the daughter of a banker and when they found out that Dickens’ parents had spent time in a debtor’s prison, the relationship was instantly and completely doomed. Dickens was so distraught that he swore never to fall in love again. Of course, those were just words from an impulsive teenager.

Three years later, he married Catherine Hogarth and had 10 children with her. And it so happened that Catherine had a younger sister by the name of Mary. Barely a teenager, Mary moved in with the newly-wed couple. She observed Dickens at work and showed great admiration for his talent. They got along very well. Dickens was a lively, humourous and witty person. In contrast, his wife Catherine was cautious, reserved and emotionally unstable, made worse by post-natal depression. Living in Victorian times and caught by such unfortunate circumstances, Dickens wrote vividly about his unhappy marriage in his most autobiographical work, David Copperfield. 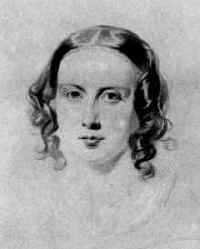 On the other hand, Dickens’ love for his sister-in-law was equally evident in his other works. Beautiful characters like Little Nell and Little Dorrit were obviously inspired by Mary. Sadly, she suddenly collapsed on her way home from a theatre one evening after living with the couple for only a year. Heart attack was the curious verdict and conspiracy theories abound. She died in Dickens’ arms and the great writer never truly recovered from his loss. He even gave instructions to be buried next to her when he died.

Dickens’ marriage lasted more than 20 years. During those days, divorce was still somewhat unthinkable. His separation with Catherine was triggered by an affair between then 46-year-old Dickens and an 18-year-old actress by the name of Ellen Ternan. Note her resemblance to Mary Hogarth. 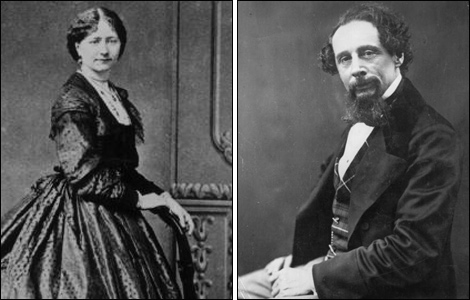 Dickens’ affair with Ellen continued for only a couple of years after his divorce. His health then took a turn for the worse. He suffered a stroke in 1870 at the age of 58 and died soon after, leaving an uncompleted last novel, Edwin Drood.

It was reported that his grave at Poet’s Corner was left open for two days because of the sheer numbers of people who wanted to pay their last respects. In spite of his less than exemplary conduct, Britain mourned his death and regarded him as a national treasure. It is scary but easy to imagine how a person with such a “history” will be treated in Singapore today regardless of his talent or achievements. He would have been labelled a paedophile, a dirty old man and a lot of other names that would have caused him to fall from grace even before he could make it as a writer. Are our moral standards even higher than that of the Victorians? Or are we just more narrow-minded?

Steve Wozniak, co-founder of Apple, once said a company like Apple could not emerge in societies like Singapore where “bad behaviour is not tolerated” and people are not taught to think for themselves.