Your Duty To Be Gracious, Not Mine

Former presidential candidate Tan Cheng Bock said on Friday that he was uninvited from a Chinese New Year party organised by the People’s Association (PA) at the Istana this weekend.

Slated to be held this Sunday, the former People’s Action Party (PAP) Member of Parliament said in a Facebook post on Friday morning that he was “un-invited” after being told there was a change in “policy” for who should be at the garden party, which he noted he has attended every year with his wife since 1980.

Mistake? Yao mo gao chor ah? Even though the PA keeps stressing that it is apolitical, they can’t seriously expect us not to know the real reason for uninviting Dr Tan Cheng Bok. Nevertheless, this screw-up shows that we’ve got something to be thankful about. There are nice people in the PA who saw nothing wrong with inviting Dr Tan who ran against the other Dr Tan in the last Presidential Elections.

Then, somebody had to spot the “mistake” and take back the invitation. Talk about being gracious, inclusive and showing empathy. Allow me to digress.

The Health Promotion Board recently put up a FAQ section on its website and its main objective was to “educate youths on sexually-transmitted diseases”. It said that homosexual and heterosexual relationships are not too different. This drew an applause from both the lesbian, gay, bisexual and transgender community as well as the liberal, open-minded straights. I was worried for them (HPB) for making such a bold statement and true enough, it ruffled more than a few feathers on Pastor Lawrence Khong and Mountbatten MP Lim Biow Chuan who said the following:

“If we say a homosexual relationship is quite normal, then people get confused because that’s not the state’s pro-family position”.

Are you confused as to why Mr Lim is afraid that we’re going to get confused? Straight people know that they are normal. Why should they be confused if gay people are also normal? Isn’t it rather obvious that Mr Lim is the one who is overly simplistic and easily confused?

Ever heard of DINKS? Does it mean that you’re definitely going to build a family and procreate if you’re straight? What about straight singles who are single by choice? Are they “normal” in Mr Lim’s eyes? Does it mean that you can’t love children, (adopt or use technology) build a family if you’re gay or lesbian? Do gay uncles and lesbian aunts not contribute towards the well-being of the next generation? If straight couples are keen on having children, would they be discouraged if gays and lesbians are labelled as “normal”? If they don’t want to have kids, could the influence from gays and lesbians be blamed for it? Why should “pro-family” have such narrow definitions?

Gay director Ivan Heng has this to say on his Facebook update:

I am confused now. At one end, we’re striving towards a more gracious and inclusive society. At the other end, we can’t accept gays, lesbians and transgender folks as “normal” and the PA can’t invite a former presidential candidate to a Chinese New Year party. It seems that all our empathy should be reserved for contemptuous characters like Anton Casey. 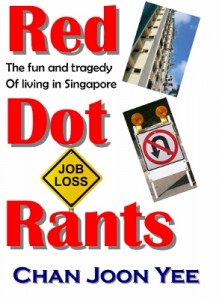