Singapore’s best known criminal lawyer Subhas Anandan has died of heart failure. You can see a host of reactions from social media. Some went totally out of point and highlighted that even a man with Subhas Anandan’s economic means could not pay for “medical miracles” to save his own life at 67, what more can “mere mortals” like us do to ensure that we live to see our CPF? Right, but that’s another story.

I admire geniuses and talented people, but as my readers may already know, Subhas Anandan deserves my utmost respect because he refused to behave (like a typical kiasu, calculative Singaporean). I don’t like the way some call him a “second chance” lawyer. That has rather unglamourous connotations in the eyes of the more “well-groomed” lawyers in this country, but to me, he is as fearless a warrior as Zhang Fei. The two are alike in that they defended their positions against all odds and regardless of how unglamourous the task may seem. 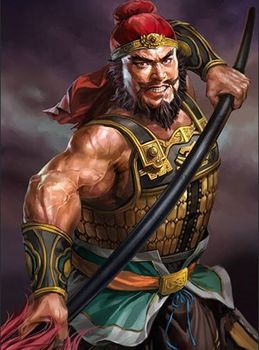 There are many legends surrounding Subhas Anandan. In the world of aunties, my mother heard rumours about him being a former gangster. With the word gangster, came the story about him being financed by gangsters to read law so he could defend them when they got into trouble. Another story, also inspired by “gangster” tells of a bunch of burglars who broke into a house and decided to withdraw without taking anything when they saw his photo. They didn’t want to offend the great Subhas Anandan lest he refused to defend them when they need his services some day. Yes, Subhas Anandan was quite a legend and being so controversial sometimes, some have called him a CRIMINAL… lawyer.

Legends aside, some of the more authentic information about Subhas Anandan can be found on Wikipedia. You may think he know him well, but are you aware that:

1. Subhas Anandan first applied for Singapore citizenship in 1972, but was informed a decade later that his application had been turned down. He tried again 2002, and was then finally granted citizenship.

2. An active sportsman in his youth, he was taking 15 to 16 types of medication every day because of his deteriorating health in the later years up to his death. He had had three heart attacks, and had also undergone a heart bypass and an angioplasty. He had also lost one kidney to cancer and was a diabetic.

3. Condemned criminal Anthony Ler offered to donate his kidneys to Subhas Anandan after he was hanged, but the lawyer had rejected the offer.

4. He cried when Huang Na’s killer Took Leng How lost his appeal.

5. He regretted not spending enough time with his family when he was in his last legs.

May this great warrior rest in peace. There’s always a price to pay for being a hero. And Singapore will need another CRIMINAL… lawyer.