I’m not very surprised that not many people here in Singapore are very concerned about the Paris shootings. They won’t happen here. While the tragic events do not have a direct impact on Singaporeans, there are some notable observations which we ought to acknowledge.

It all began on Wednesday at Charlie Hebdo, a French satirical weekly newspaper, featuring cartoons, reports, polemics, and jokes. Irreverent and stridently non-conformist in tone, the publication describes itself as strongly anti-racist and left-wing, publishing articles on the extreme right, Catholicism, Islam, Judaism, politics, culture, etc. Sounds like something that won’t be allowed in Singapore, right? We’ll come to that later.

In the attack on the Charlie Hebdo (offices, two masked men, armed with assault rifles, forced their way into the magazine offices, shooting dead the editor Stephane Charbonnier, his police guard and nine other members of staff. While they were getting away, they shot dead a police officer. The Paris police were put on high alert.

When the police was searching for the Charlie Hebdo attack suspects on Thursday, a lone gunman shot two people in the southern suburb of Montrouge. The gunman, armed with a machine-gun and a pistol, shot dead a policewoman and injured a man before fleeing. The French authorities initially dismissed any suggestion of a link between the shooting and the Charlie Hebdo killings. On the same day, the shooting suspects robbed a gas station.

On Friday, police surrounded a printing office where two suspects were holed up. When they emerged from the building, they were shot dead by police. At another location in Paris, the shooter who was believed to have killed the policewoman on Thursday occupied a supermarket and took hostages. He was shot dead when police launched an assault. Sadly, four hostages were killed.

The BBC has a very detailed report on the Paris shootings. You can check that out if you’re interested in the details. I’d like to focus on the very public reaction in France. Supporters of Charlie Hebdo have already hit the streets chanting “Je suis Charlie” (French for “I am Charlie”). It is a slogan adopted by supporters of free speech and freedom of expression after the 7 January 2015 massacre. More demonstrators are expected to hit the streets to bravely and publicly show support for freedom of speech and resistance to armed threats.

SINGAPORE — The attack on the weekly satirical magazine Charlie Hebdo that left 12 dead and 11 injured, 4 of them critically, in Paris yesterday (Jan 7) is a “heinous attack” that Singapore “strongly condemns”, the Ministry of Foreign Affairs said in a statement today on the Paris shooting. “This incident is another painful reminder that all countries face a common threat from terrorism.”

Prime Minister Lee Hsien Loong said on Facebook, “It is yet another reminder of the threat posed by terrorism to all civilised societies, and that it is totally wrong to invoke religion to justify such savagery.” He has also added that he has written to French Prime Minister Manuel Valls to offer condolences to the families of the victims.

Terrorism, Mr Lee? Who said it’s terrorism? Because the gunmen claimed they were with IS? Why didn’t IS claim responsibility? Is it really terrorism? Actually, if we care to look closer at our backyard, we’ll notice that attacks on journalists are quite common throughout Asia. Have we forgotten that just earlier last year, the former editor-in-chief of prominent Hong Kong newspaper Ming Pao Kevin Lau was in the hospital after being brutally attacked on the street by a knife-wielding assailant? What about the 16 Thai journalists who were killed from 1992 to 2014? Check out the details here. And also Indonesia here. The Philippines here, Search for the rest yourself. I’m not sure why we don’t hear that much about these murders, but the victims must have pissed some very powerful people off. What makes the Paris shootings “terrorism” and why are similar incidents here not so worthy of condemnation? Mr Lee did not explain. If the Paris shootings occurred in some public place with no individual specifically targeted, then yes, we might call it terrorism. But the shootings at Charlie Hebdo seem was an act of revenge and an assault on the freedom of expression.

The great irony is, the folks at Charlie Hebdo would have been arrested, severely punished and silenced by the authorities if they were in Singapore. Over here, religion is always a sensitive topic and most of us would avoid discussing anything negative (in public). People have been charged for sedition and the usual reason for banning controversial works of art is that they may provoke social disharmony or even be an issue of national security. Over the decades, we have grown to accept controls and censorship, believing that without them, the racial riots which occurred in 1964 can happen again. We value the peace, the stability and our routine more than we value our freedom of expression. The Singaporean who is happy as long as there is golf, shopping and chilli crab will find it difficult to understand why Europeans value their freedom of expression so much that they dare stick their necks out to defend that freedom. In Singapore, a similar episode will surely result in even tighter control over the media. Two cities, different tales. And before we blame out government, let’s take a hard look at ourselves. 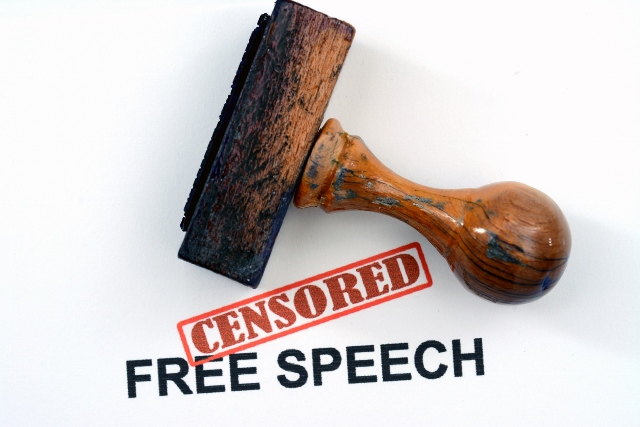 Frankly, I’m not very amused by the satires that touch on race and religion. No, I’m not Charlie. I won’t join the march. However, racist comments on social media from people like Amy Cheong led to her ruthless vilification by netizens. Ms Cheong complained about and made fun of Malay weddings. She aired her private thoughts on social media and believe it or not, the agitated, threatening responses from the righteous folks on social media worried me even more than Amy Cheong’s remarks which were far less offensive than what Charlie Hebdo did – insulting Islam. Ms Cheong eventually lost her job and had to leave Singapore. Nobody seemed willing to forgive her and worse things could have happened. So I wonder if somebody gets killed for a “heinous crime” like making insensitive racist remarks, will he/she get our sympathy like what the unfortunate folks at Charlie Hebdo are getting, not just from their own people but other Europeans as well? Looking at the way some of the fiercely righteous people responded, I’m worried that the anti-racists may be as dangerous or even more dangerous than the racists. Singapore and Paris could be as different as London and Paris before the French Revolution (as Dickens described it), but if violence ever erupts in Singapore, it is very likely to come from “righteous” killing.

Yes, we all condemn the killings, but it’s really not just about tightening security measures and it’s certainly not about imposing stricter censorship laws. It’s about having the decency to rebut your detractors in a peaceful, civilised manner instead of resorting to violence. So with censorship and a government-controlled press, are we a truly harmonious society that the French would envy? Are we merely tolerating the intolerant ones? Are we pandering to the narrow-mindedness of certain vocal minorities, censoring healthy discussion lest they get offended? Are we really living in peaceful times?