It’s a less than perfect sunrise at Punggol Beach. It’s still a beautiful scene if not for the stench of rotting fish. Hundreds of decomposing sea creatures In ancient times, this may be interpreted as bad omen – and not without good reason. It could be a sign of some environmental disaster.

Meanwhile, thousands of fish have died in out local fish farms off Changi. This is a repeat of last year’s nightmare for farmers. This time round, the farmers thought they were ready. Believing that last year’s fish deaths were caused by a drop in oxygen levels due to hot weather, some farmers have prepared aeration facilities. 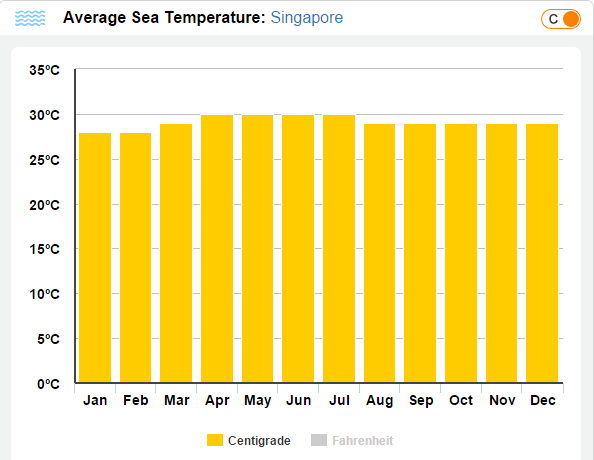 Still, the fish died. Not surprising. The above chart shows us that sea temperature is not at its highest in February or March. There is also little variation in temperature. If hot weather can kill fish so easily, then temperate countries where the water temperature can fluctuate wildly throughout the year will see a lot of fish dying in summer. Anyway, one farmer reported that his fish started dying as early as mid February. But the devastating blow came 2 days ago. Farmers woke up to the sight of their fish floating belly up. Apparently, the fish were killed overnight.

On the wild side, dead fish from the sea were also seen along the Pasir Ris and Changi shoreline. Here are some of the pictures I took at Punggol Beach.

Interestingly, one fish farmer said: “We need to learn new methods to take local fish farming to the next level.”

Huh? Yao mo gao chor ah? Coastal fish farms rear fish immersed in a marine environment. There is obviously an ecological issue which may result in an environmental disaster if ignored. This guy is still talking about “new methods” to take business to “the next level”. Where does he think the root of the problem of fish deaths lies?

Spoon-fed Singaporeans are wired to believe that the authorities always have the answers. But mavericks like Mr Philip Lim think otherwise. The trouble with our top-down system, be it in tightly-regulated sectors like healthcare, construction or agriculture, is that the authorities do not regard the practitioners on the ground as intellectual equals. They do the studies, hold the meetings, pass the regulations, conduct inspections and issue licences. Feedback, appeals, explanations or even attempts to share information will often be rebuffed.

According to the Agri-Food and Veterinary Authority of Singapore (AVA), the incident is a result of gill damage caused by plankton – micro-organisms found in the seawater that can multiply quickly in a short period of time.

The phenomenon is known as “plankton boom”, which can be triggered by unpredictable weather, high concentrations of nutrients in the seawater, and poor water exchange between the high and low tides.

So far, no marine biotoxin has been detected in any of the fish collected by AVA, whose laboratory tests suggested fish harvested from local farms are safe for consumption.

I’m no marine biologist, but so far, the explanations coming from the experts are focused on fish autopsies and water analysis. What about the bigger picture? What is the cause for the plankton bloom? Can we nail it down? 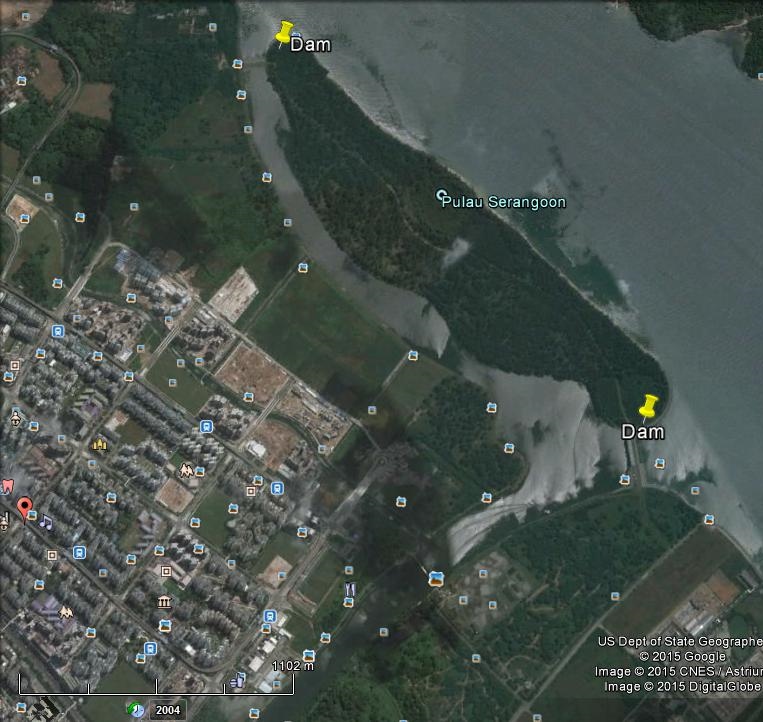 This is the dam across the Sungei Serangoon connecting Coney Island on both ends. The exit into the sea for Sungei Serangoon is blocked. An entire stretch of sea between Coney and the mainland has been converted into a freshwater reservoir. 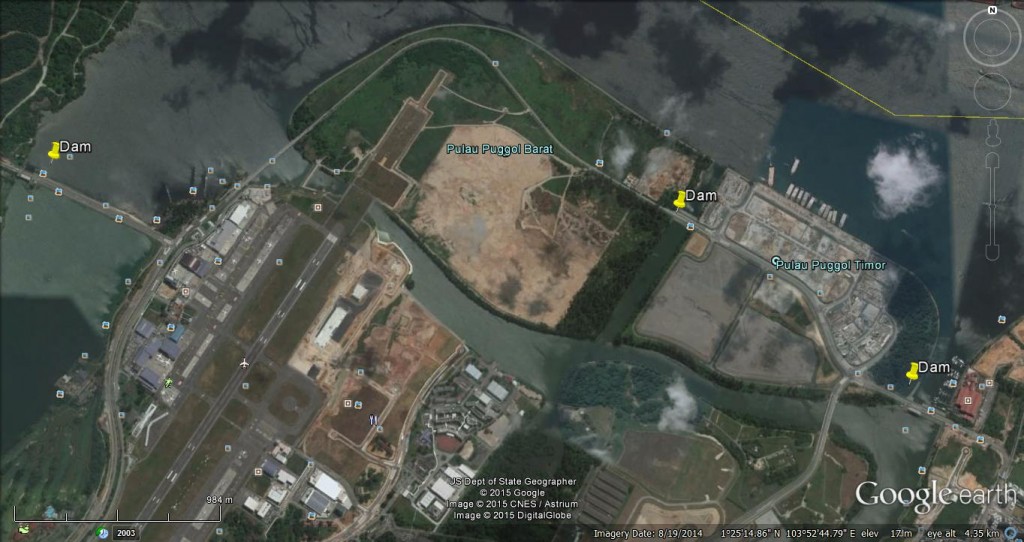 Further west along Seletar North Link, we see that Pulau Punggol Timur and Pulau Punggol Barat also had half of their coasts bathed in freshwater, thanks to the dams again. Categorically, I’m not against these projects per se. They can help to reduce our reliance on imported water supply. But while this strategy may solve some of our water shortage issues, what is the impact on the environment? With the amount of water that these dams are holding back from the sea, can there be no ecological consequences? The solution to our fish farmers’ woes may not lie in their farms but the natural marine environment which our heroic feats of engineering may have violated.