What Rules Our Hearts 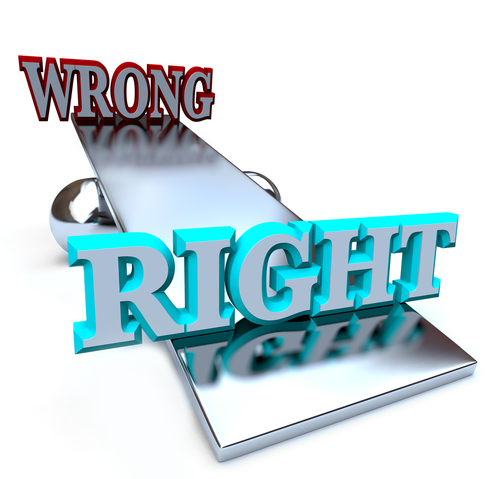 Latest Update. Dr Chan’s dog has been found. Thanks to everyone who has shared and shown concern. Merry Christmas!

RaRa is found and united with Ms Lee. He was rescued by a gentlemen Yu Jie, who approached Marcus from Causes for…

I’ve been home from Greece for a week and it has been a busy week attending parties, clearing my backlog and writing my travelogue, but then, my friend Dr Chan (no relation) had an unpleasant encounter which gives me something I just have to get off my chest.

He lost his dog and printed posters which he put up in conspicuous public places. Please contact Dr Chan if you see his dog. 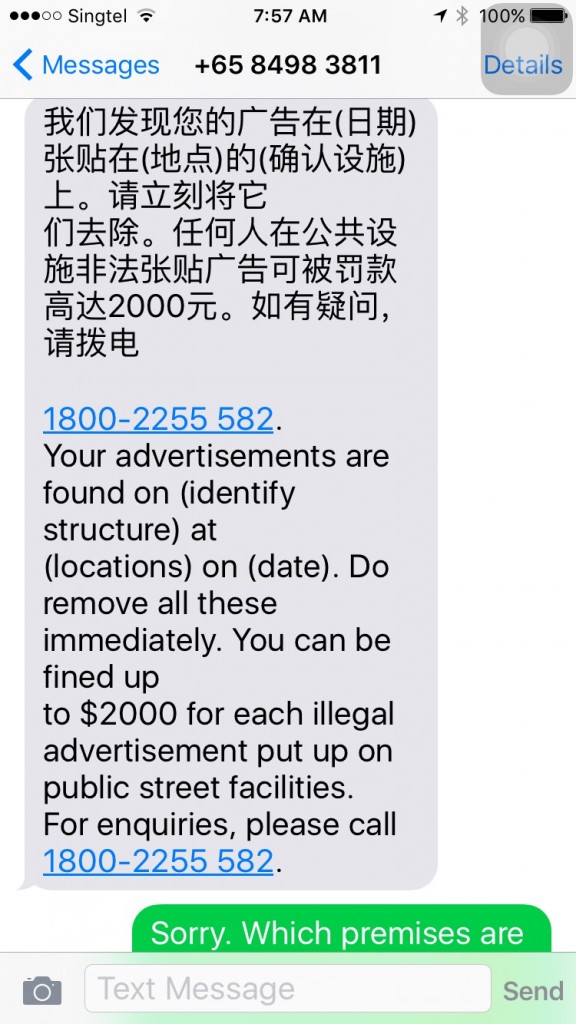 Dr Chan replied to the message, asking the complainant which posters were the ones offending him. Since the message came from a private mobile number, Dr Chan had assumed that it was just a member of the public. He got the following reply. 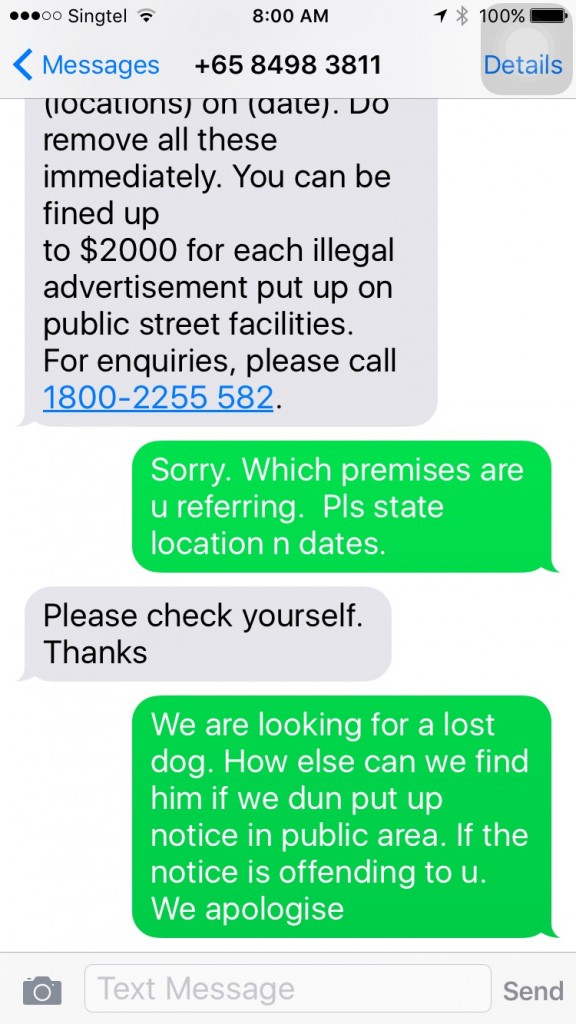 Dr Chan politely offered to remove the posters he could see and explained that he was only following advice from SPCA. 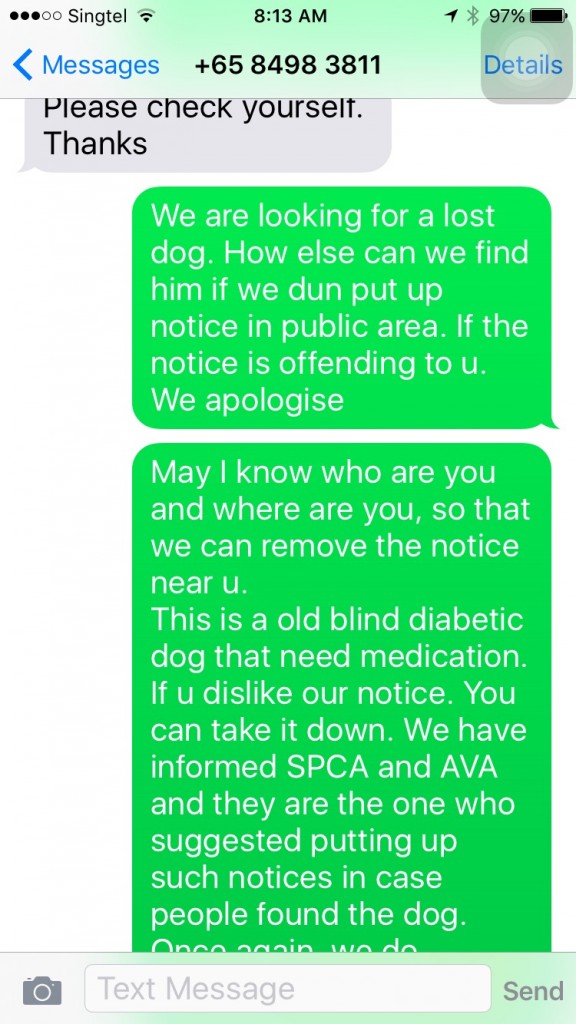 Some of Dr Chan’s resourceful friends checked on the mobile number and found that it belonged to a bona fide LTA officer, apparently still performing his duty diligently just before Christmas. When contacted, LTA insisted that Dr Chan’s “advertisements” were against regulations and had to be taken down. The only public places where advertisements are permitted are bus stops. Yes, some of you are rolling your eyes, but Dr Chan’s friend argued that his notices are not advertisements. The reply from LTA is firm. Whatever you call it. Not allowed.

Dr Chan has already taken down the notices, decreasing his chances of finding his dog, all because of some self-righteous, anal-retentive individual moulded by our unforgiving, “zero tolerance” society where graciousness is simplistically defined as giving up one’s seat on the MRT.

For the sake of Dr Chan and his poor dog, please share his notice. Below are more images of the dog. Readers living in the East, please keep a lookout for it. Merry Christmas everyone. 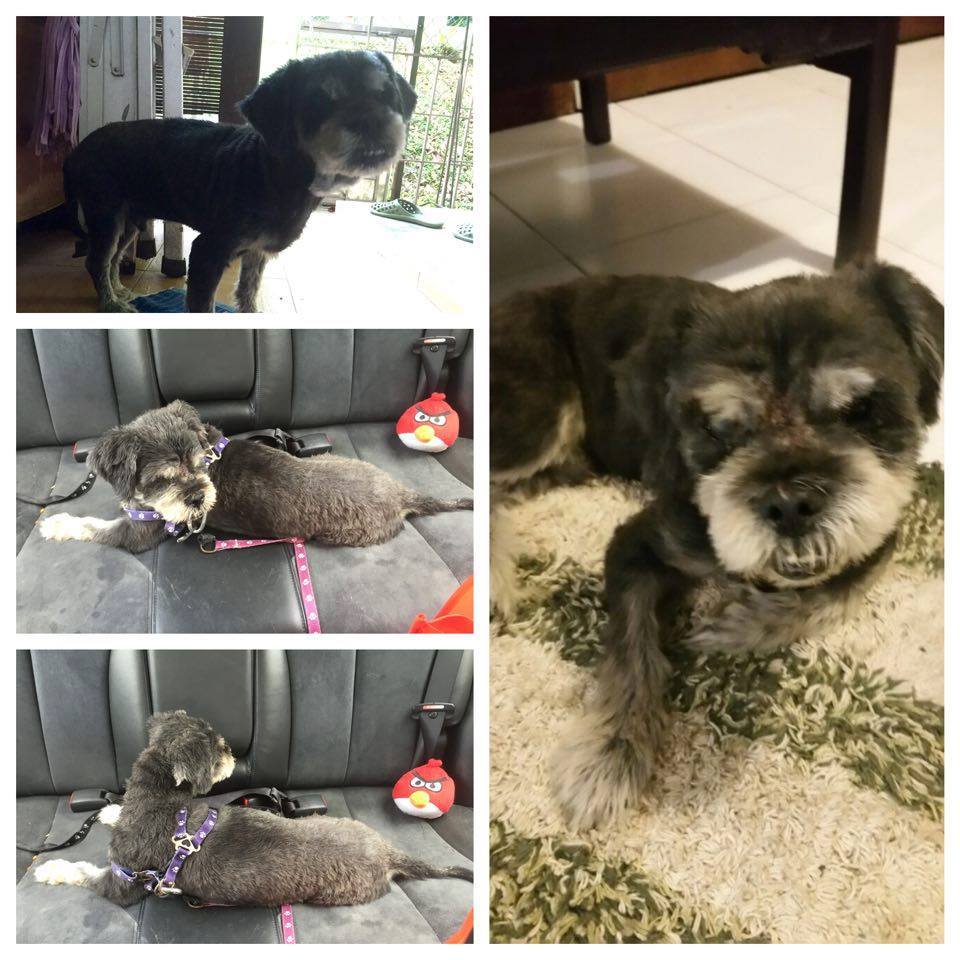