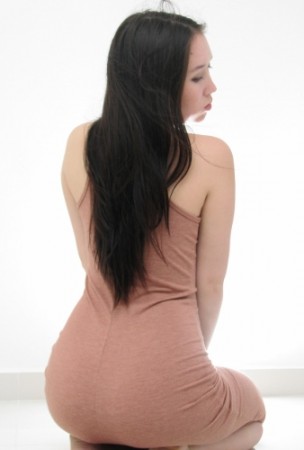 The northeast monsoon has been stirring for a while. In early December, heavy rains and floods hit a few parts of Singapore. With only a couple of pages left on the 2015 calendar, the rains seem to have left us and the afternoons are sweltering. People are just coming back from their snow-filled holidays and the brief respite we got on the trains and buses has just ended. Fans and followers of Dewdrop Notes are probably expecting this. I’ve been posting blog entries entitled “Looking Back In Wonder” since the end of 2011. It has been 4 years. Once again, it’s time to reflect.

I’d be lying if I say that I don’t miss my days in Lucky Plaza, but this is not a good time to be an employer. There are manpower issues, regulation/licensing issues and overheads are escalating even though the tepid property market is currently in no need for cooling measures. Meanwhile, Singapore’s Straits Times Index (STI) is one of the worst-performing stock indices in Asia. Some reports even compared our stock market to that in Greece. Businesses all around me are using gimmicks and every trick in the book to go for short-term gains. 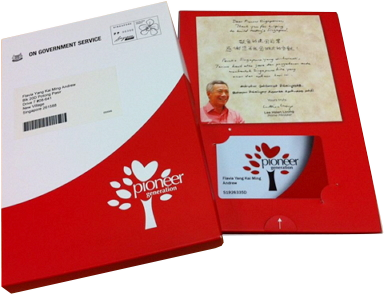 Times are bad, but 2015 is a milestone for Singapore as a nation. We celebrated SG50 with great fanfare and Pioneer Generation privileges (handed out complete with a reminder of who to thank). As our seniors rejoiced, bad news came to the nation on 23 March 2015. Our founding Prime Minister Lee Kwan Yew passed away. As someone who has lived through some dark ISA moments in Singapore’s political history, I reserve my comments on the late Mr Lee as a person. Nevertheless, he was definitely someone who could and still can make you feel proud when you identify yourself as a Singaporean while travelling in any of the ASEAN countries. I could have shed a tear or two when PM Lee’s announcement that morning reminded me of my own father’s mortality, but the comic TV drama of people wailing, prostrating and sprawling inconsolably outside Parliament House somehow had the opposite effect of cheering me up.

Then came the much anticipated GE2015. You could almost hear the grinding of axes weeks and months before the event. Disconcerted veterans from the ruling party were stepping down to avoid the hail of insults and ridicule from netizens. Talented and attractive orators emerged in the opposition camp. Even bus drivers were tuned in to social media, sharing comics and videos, exposing goofs and poking fun at the government. Huge crowds turned up at the opposition rallies. I heard people debating on the LRT when there was one at Punggol. Some even placed their bets on the opposition winning another GRC. All fell silent on cooling off day (except for the ever-present propaganda on TV). We all cast our votes on polling day and the rest is history. Like me, almost all of you must have been shocked by the results. Some of you rejoiced. It was a landslide victory for the PAP. Some of you were deeply disappointed and some could have kicked themselves. It must have been tough on Mr Lui Tuck Yew to realise that his stepping down was totally unnecessary. He would certainly have been re-elected, all the complaints about MRT breakdowns notwithstanding. Kenneth Jeyaratnam’s remarks were classic. 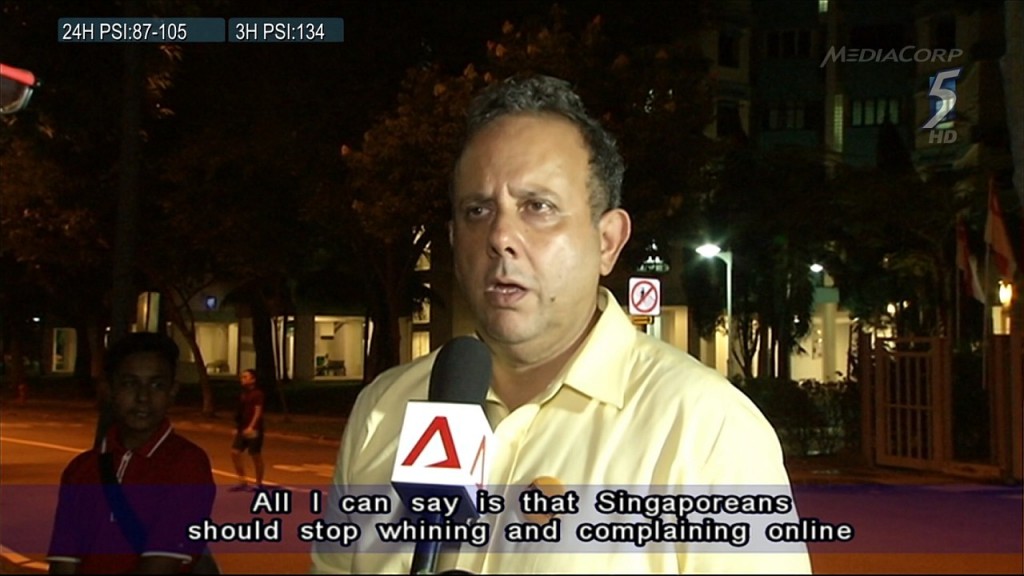 Indeed, the electorate has not only spoken but shown their true colours after shaking the opposition candidates’ hands and vowing full support for them. It reminds me of tribal council in Survivor. You can’t take the things people say in your face seriously. You’ve got to listen to what they say behind your back or in the voting booth. Overnight, I lost all hope of Singapore ever becoming a more human, more artistically, more truthful and courageous, at least in the intellectual sense. We took one step forward in 2011. In 2015, we took one step backward from being a less mercenary, less materialistic and soulless place. 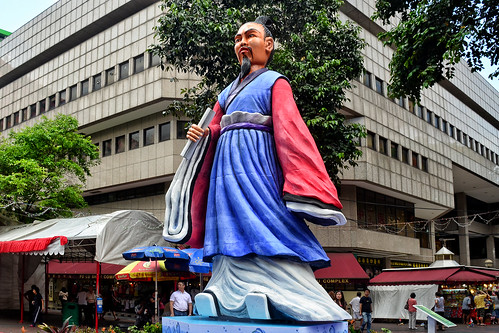 Yes, many people applauded when Dr Chee Soon Juan shared his pain and difficulties with the rest of us. But so what? Some say that he asked for it. A few highly educated mothers openly supported the values he was propounding. While I’m always wary that Dr Chee may be a stubborn and uncompromising person who will prove difficult to work with, I have profound respect for the way he gave up everything for what he believed in. We can agree, perhaps even the 69% majority, that there are too many cowardly yes-men and lapdogs around. But there’s a paradox here. I believe that while these folks were touched by Dr Chee’s empathy and were disgusted by the privileged few, they actually aspire to join the ranks of the uncaring elite more than they want an underdog like Dr Chee to inject more compassion and empathy into our society.

I believe these can't be considered as ads.

Posters like these make me unsure whether to laugh or to cry. This is Kindergarten Singapore at its most unique. I count this as a major must-see tourist attraction which says a lot more about Singapore than the Merlion.

Dear family, friends and teachers. How many of you feel that our society is getting colder and colder? I used to think…

And encounters like the one above is also pretty classic. Tough regulations and “zero tolerance” has led to all sorts of “legitimate” bullying. If someone pisses you off for whatever petty reason, revenge is just a click away. Another must-see for tourists who wish to understand Singapore. 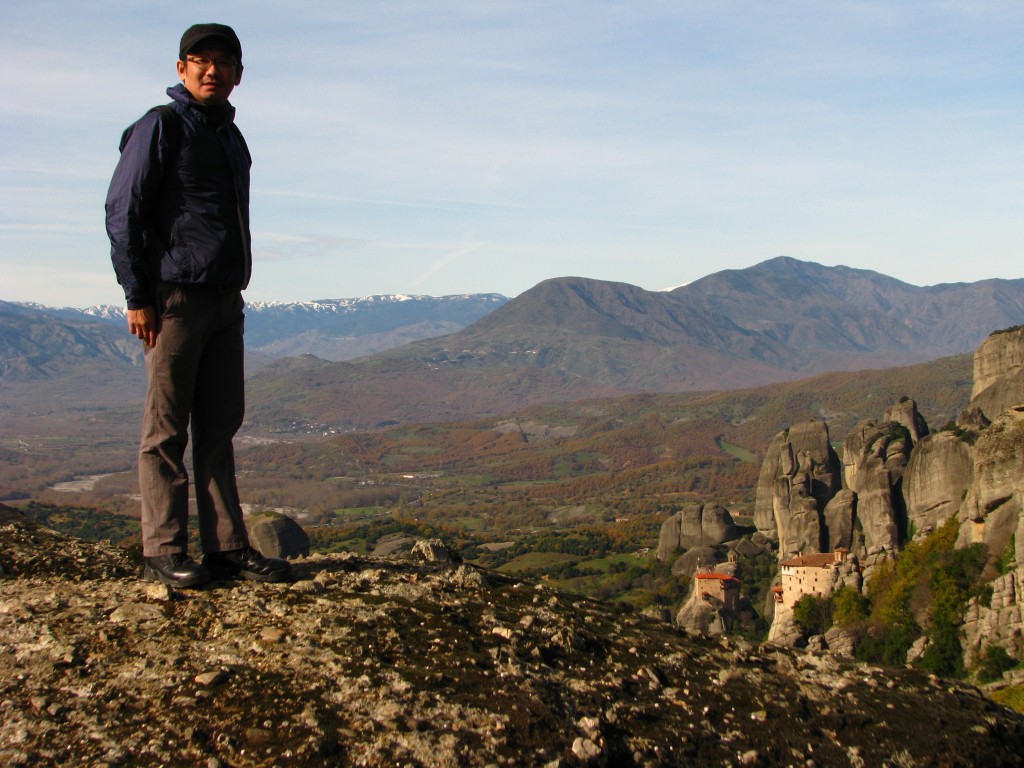 It would take a lot of nerve for anyone to make the claim that he doesn’t have a single regret, but 2015 being my son’s PSLE year, I’m sad to say that I haven’t done much travelling. Before you call me kiasu, I must clarify that I need to be by his side to give him emotional support and also to whip up his favourite dishes so that he can focus on his studies. I guess I more than made up for it by going to Greece with him from 30 November to 10 December. There are still many sheltered Singaporeans out there who think that I’m crazy or reckless by bringing my son on a backpacking, hitchhiking adventure. And this is where I differ from the majority – perhaps a 69% majority of Singaporeans. Suffice to say that my son has acquired more knowledge and life skills from this trip (and a few others to Nepal, Indonesia and China) than all his years of schooling can provide. I’ve mentioned before I left on this trip that after seeing Greece for myself, the seemingly rhetorical question that our leaders ask when challenged: “Do you want us to be like Greece?” may not have such a straightforward answer after all.

A country can be rich or poor. Life can go on and people can be happy and even generous as long as the kampung spirit is real and alive. Like Singaporeans, the Greeks relied a lot on their government. The difference is, their government cooked the books and applied to adopt the Euro when the country was far from qualified. Then came the 2004 Athens Olympics with the concomitant heavy spending, borrowing and partying. The economy appeared to grow even though Greece didn’t have much to export. By 2005, the economic tide receded and the Greeks were found swimming naked. Unlike sheltered Singaporeans, the Greeks are a lot less disconcerted by protests, graffiti and empty bank vaults. There is certainly a lot that we can learn from the Greeks, perhaps not about financial management but about managing life, children and human relationships. The kampung spirit here is real. You may check out the detailed write-ups for that trip on my travel blog Knapsack Treks. I have made some plans for 2016. I won’t call them resolutions.

1. Write at least 3 more books. I have readers in the US, UK, Germany and Australia. Hardly any in Singapore, but I’m not too concerned about how to change that now.
2. Trek in Nepal, do a post-earthquake climb of Mt Kinabalu.
3. Bring the kids to Sichuan again. My younger one is crazy about pandas.
4. Learn to prepare a few more Mediterranean dishes.

Call them plans, missions or resolutions, it doesn’t really matter if you make an effort to accomplish them. On 22 December, I attended a friend’s wake at Singapore Casket. Like me, she was an avid traveller and a fan of the arts. She loved her life and she lived it to its fullest. She fought bravely against cancer, but her time was finally up. I believe she had no regrets.

Death is a hail of comets. They may brush past us for now, but inevitably, they will turn around and hit us one day. Our days are numbered. The longer we defer our dreams to pursue worldly priorities, the slimmer our chances of ever fulfilling them.