Excuse Me, How Much Are You Worth? 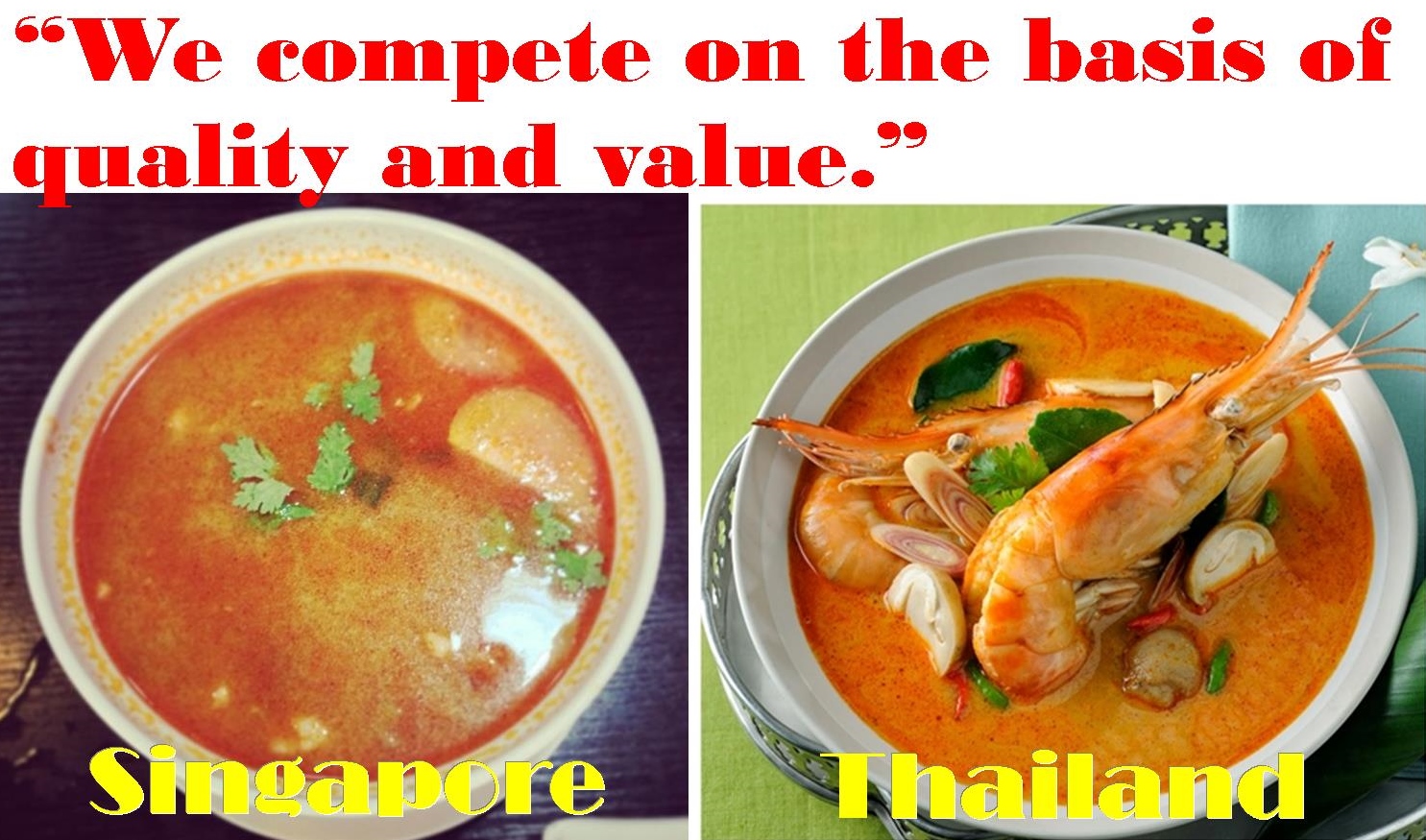 While having lunch in town with a couple of friends one day, my friend C was lamenting his singlehood. He is in his early 40s and a professional earning a very comfortable income. He is also a very decent, down-to-earth kind of guy, albeit not very eloquent. Apart from that little shortcoming, he’s also rather plain-looking, a little overweight and “vertically challenged”. Out of desperation, C had even tried his luck with local matchmaking agencies. A few marginally acceptable women befriended him, but none felt that he “qualified” as a life partner. I half-jokingly suggested that he should perhaps try one of those Vietnamese bride agencies. He chuckled, but our female friend who was still seeking her dream guy, looked away in disgust. She probably found the remark misogynistic, but seriously, I was only thinking global. 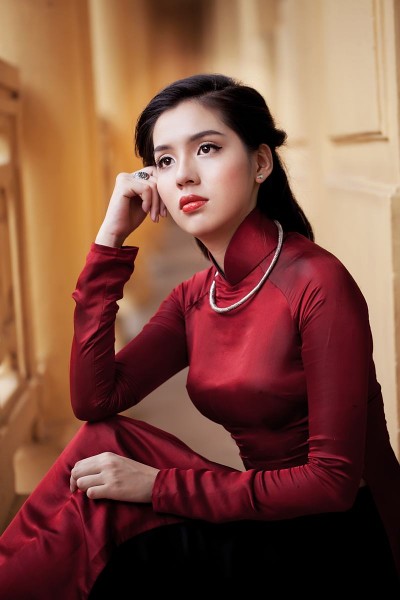 If C has failed the selection criteria in Singapore, what is wrong for him to subject himself to a different yardstick? If the Express stream is too tough for me, why can’t I settle with being Normal? Why should our female friend feel so insulted? Is it because she sees it as a form of trade; a humiliating exploitation and feels sorry for her Vietnamese sisters? Or does she despise C for not trying to slim down, grow taller and attend some deportment classes to make himself more “marketable” locally? Letting too many foreign brides in will only lower the standard of 5Cs to maybe 3Cs or even 2Cs.

An elderly Thai-Vietnamese gentleman I met on a road trip from Nanning to Hanoi once told me that it’s not just because of the money that Vietnamese women find foreign men more attractive. They also see a certain refinement that is lacking in their local men. I’m sure many Singaporean women feel the same way, albeit on a very different scale. Such principles don’t just apply to matchmaking services. They also apply to the job market in an age of globalisation. By the same token, Vietnamese, Burmese, Indian, Sri Lankan workers would also tolerate working conditions which the average Singaporean worker might associate with a sweat shop. Employers would love these workers. They are easier to please and they are willing to work a lot harder for less pay. Is it fair to compare and say that our workers are daft, lazy and demanding? 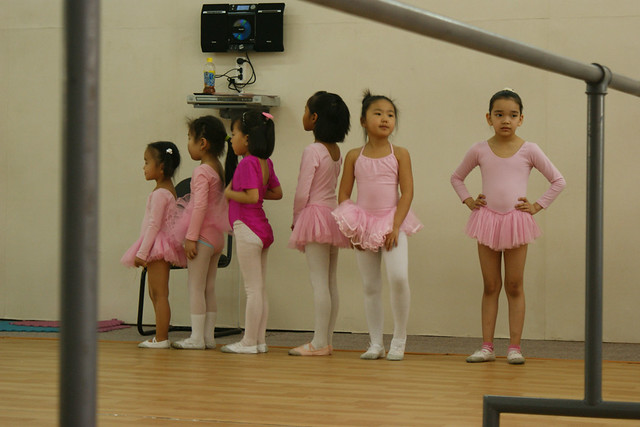 In the local context, we’re not talking about workers who grew up climbing trees and digging for earthworms to bait catfish in the muddy river for lunch. How much does it cost to raise a Vietnamese child? How much does it cost to raise a Singaporean child? How do you manage a worker who has been driven to school every day and who attended tuition, ballet and piano classes? How do you motivate workers who have already travelled to Australia and New Zealand on primary school outings? Can we expect workers with such experiences to do menial jobs with zeal, put in long hours under less than comfortable working conditions? Can you blame them for being pampered and having a sense of entitlement when their parents had gone along with the system and spared no cash and effort in raising their children according to government specifications? Is it fair for us to turn around and fault our parents for not raising their kids to be as hardy as the Sherpas? Is there a way to discipline the local workforce, making workers more dedicated and responsible?

My favourite book on the subject of economics is The Little Book On Economics by former editor of The Economist magazine Greg Ip. The introduction is brilliant, introducing one country that had a booming economy with disciplined, well-educated workforce etc. The other country had high school dropout rate, high unemployment, poor worker discipline and companies were going bankrupt. If you put your money on the first country, you would have been in great company. All top economists believed that Japan in the early 1990s was the new economic superpower. The second country was America and our leaders, following the hottest trends at that time, had in no uncertain terms, declared that the decadent West was well on the path of decline. The “Asian Way” was the way to go. Or so they thought.

What happened next caught all the experts and many Asian thought leaders and gurus by surprise. The tables were turned. America’s economy boomed. Japan declined in spite of all the factors which economists attributed to its former glory. 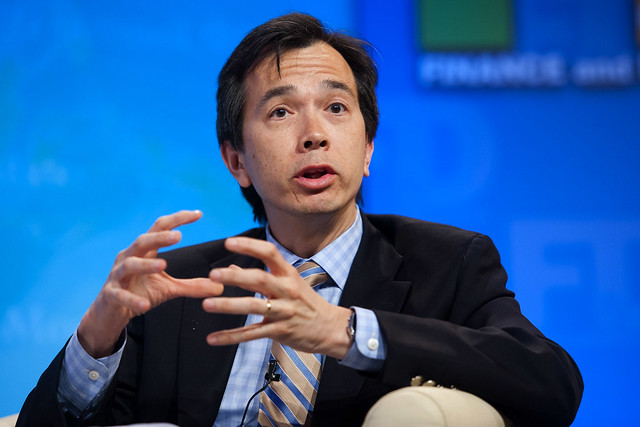 What went wrong? America’s meteoric rise in the mid 1990s was largely due to the tech boom. Japan on the other hand, was too fixated with their traditional businesses. They didn’t get on the information superhighway fast enough. They lacked the disruptive innovations of silicon valley. They didn’t dare to pick up new concepts … and the rest is history. The mighty Japanese economy became history.

A lesson was learned. There is one factor that will definitely spur economic growth – groundbreaking technology. Some have argued that America’s tech boom (which ended with the bursting of the dotcom bubble at the end of the 20th century) was aided to a large extent by the abundance of foreign talent. This has been largely acknowledged and copied by some emerging economies that welcomed their former citizens to return to the motherland. But wait. Can groundbreaking technology naturally grow out of the most well-equipped laboratories staffed by a battalion of scientists holding PhDs? Can we really copy and recreate the same conducive environment for disruptive innovations like smartphones and self-driving cars? In a conformist society with strict laws, regulations and guidelines (zero tolerance for deviant behaviour), how does one “make a dent in the universe” as Steve Jobs advocated? You obviously need rebels, dreamers and mavericks for this. Are we importing those? Are we cultivating those from amongst our own? Well, failing that, there is something else we can do.

The economics textbooks say: Population growth enlarges labour force and, therefore, increases economic growth. This is one strongly held belief that has affected the lives and totally transformed the landscape and demographics in Singapore within a few short years. Going the exact opposite way of insular societies like Japan and Korea, almost half the current population of Singapore is derived from recent immigrants. Make no mistake, Singapore is definitely the most receptive country in the region and maybe even the world. Can we achieve economic growth following such textbook knowledge? Frankly, I don’t trust the textbooks.

One almost revolutionary economics professor I talked to recently even postulated that a country can maintain its high standard of living without real GDP growth. Small is beautiful, he said. He even touched on an interesting topic called Buddhist economics. Obviously, our leaders have been listening to the other 99% of economists, so much so that the educated amongst us would regard the rationale behind most population policies to be common sense. Sadly, such “common sense” is not acknowledged by a very significant proportion of the population – those who are feeling the heat and getting burnt from the massive influx of foreign workers and talent. After the strong message sent in GE2011, the government had turned the immigration tap down. But while our former engineers and IT professionals in their 40s are waiting for cab bookings, the professional landlords wish a dictator could take control of the country and turn the tap for immigration back to full. A divided people with conflicting interests? Or an entire population that is ambivalent and confused?

Yes, the property market is in bad shape. The economy is in bad shape. But is a booming property market equivalent to a booming economy in which everyone (including future generations) benefits? Isn’t the current situation caused by 1)government cooling measures 2)slowdown in regional economy 3)Xi Jinping’s crackdown on corruption? What good can turning the immigration tap back to full bring except crowded trains, crowded parks and fewer jobs for middle-aged PMETs? How much have our billionaires helped when their main aim for migrating to Singapore is to avoid contributing to their own societies?

6.9 million? The immediate reaction is one of shock. Then, some will see dollar signs. For the rest of us, the following discourse should make more sense.

“The government has driven us to use our CPF money to buy HDB flats. It then jacks up HDB prices so that we have to use more and more of your CPF to buy our homes. Now what once belonged to you in your CPF account has gone to the government.

The government then takes these funds and goes around the world to invest them. With hundreds of billions of dollars at its disposal, the world will roll out the red carpet. But remember, this is not the government’s money, its your money.

This has left Singaporeans with little disposable income for our retirement. And the little that we have left after paying off our flats, the government now retains it under the Minimum Sum Scheme and tells us that it will return it to us in bits and pieces.

In another study, this one by Credit Lyonaise Securities Asia, it was found that 50 percent of households in Singapore have little or no savings. These families subsist from paycheck to paycheck and “leave them unable to cope with unexpected financial expenses.”

So true. But even as Dr Chee speaks, there are young Singaporeans talking about stretching themselves to buy the most expensive home they can afford. For too long, the HDB flat has been seen as an idiot-proof “investment”.

Just as no investment is idiot-proof nowadays, rapidly increasing population through immigration to grow the economy is not a million-dollar plan. Neither is an economy that virtually hinges on inflated property prices.