Donald Trump’s misogyny and his habit of groping women can’t be news to anybody. Such habits are shared by a huge number of powerful, influential men like movie stars, rock stars, golf champions, presidents, princes, communist party chiefs, religious leaders, company directors, movie directors and mafia bosses. Lesser beings who try the same end up in jail. Being Donald Trump or Tiger Woods has its privileges, but when evidence of such habits and attitudes is actually presented to the public, an outcry is guaranteed. 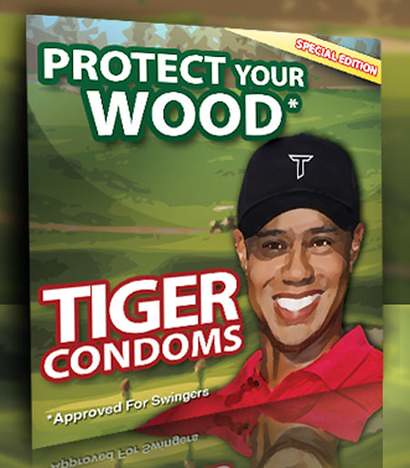 On 7th October 2016, a videotape from the archives of an NBC entertainment show recording Donald Trump boasting that he was able to get away with some say is “sexual assault”, was leaked to the Washington Post. The exact words:

“I did try and fuck her. She was married … I moved on her like a bitch, but I couldn’t get there.”

Morally reprehensible, but the criminal part is pretty vague if you ask me. It’s definitely one of his failed conquests, but was there any assault? Perhaps a video of the actual “assault” would shed more light on the matter. Anyway, I find that the most interesting part of that recording was the part where Trump boasted to Billy Bush:

That must be an exaggeration from some megalomaniac, of course, but nobody can deny that being a star (or any of the noble professions I listed above) helps. But when something like this comes from a presidential candidate, the public outcry came fast and furious with wave after wave of condemnation, drawing applause and echoes. In Singapore, he would certainly have been forced to quit the presidential race.

The outcry is something you would expect in an age of social media – the knee jerk reaction with folks mounting their moral high horses for a joyride, taking potshots at the fat, ugly target and enjoying it. One sportsman insisted that real men don’t say such things in locker rooms. Not being a sportsman, I can’t speak for locker room banter, but I have been in the army and navy for quite a while and believe me, from the trenches to the gunboats, there are guys who are always boasting about their “exploits” and making their “prized targets” known to people who might envy them – just like Donald Trump. I guess it’s almost a “natural” social phenomenon when you have an environment populated by virile young men, the majority of whom are still virgins and a vocal minority who apparently aren’t. However, having heard a lot of these shady claims and nefarious plans, I would rate their accounts as 70% fantasy, 30% reality. The all important question is, does this mentality make these annoying trumpeters bad soldiers? I don’t think so. But these are immature young men. As far as I know, these dudes will eventually outgrow their noxious ways. Donald Trump is presidential material (according to the Republicans) and he was almost 60 years old when the above lewd conversation was recorded. As Casanova wannabes mellow, we expect them to quit talking and acting this way either due to mental maturity or physiological disability. Donald Trump reminds me of all the “sailor talk” which entertained me when I was in the navy, but somehow, he seems to have failed to grow up. Or is it his billions and immense influence that has delayed his “retirement”?

In the midst of this public outcry, an invitation to women to tweet their first sexual assault got hundreds of thousands of responses. The first victim claimed that an old man on a city bus grabbed her pussy on a public bus and smiled at her. She was only 12. No further information as it’s Twitter. Believers were shocked by the deluge of tweets from women sharing experiences with sexual assault.

Author Deborah Cameron who wrote The Myth of Mars and Venus feels that merely talking about abusing women may increase the chances of people acting on it. I’m not sure if I can agree with that, but there is another side to the predator-victim story. Towards the end of the leaked video, Trump and Bush met up with Adrianne Zuker and gave them each a hug. I’m not sure if Trump had his Tic Tac, but he certainly didn’t kiss her. When asked who she would date, she answered “both”. Ms Cameron made a very telling comment: “She obviously sees making nice with creeps as going with the job.”

There is a reason creeps like Trump can continue abusing women. It’s not just a problem with the culture. There is something supporting that culture and that’s the market. There is no shortage of women who can benefit from pandering to the condescending ways of rich and powerful men. Dealing with Trump may be the easy part. Dealing with creeps like Trump may be the easy part. Dealing with market forces and hormones on warships approaching a sunny port after weeks at sea is something I wouldn’t even want to try.

One would expect Trump to be toast in this election, but various polls showed that he was only trailing Clinton by 5-11 points. I seriously hope he doesn’t win, but it’s still anybody’s game. You may wonder why is it that a scandal of this magnitude didn’t wipe Trump out? The answer may lie in the fact, many moralists (men and women) out there who publicly condemn Trump’s behaviour may not be as angry as they appear to be.