Many people who can read the Three Kingdoms with a critical eye may wonder how a tearful, destitute man like Liu Bei could end up as the ruler of a powerful kingdom. Perhaps it’s his righteousness but righteousness can only get a person this far in a violent and turbulent era when the only law was that of the jungle.

Liu Bei was also not an outstanding military strategist and he was certainly no great warrior. Why did so many great warriors like Guan Yu, Zhang Fei, Zhao Yun, Ma Chao and great strategists like Pang Tong and Zhuge Liang want to come under his command? One reason could be Liu Bei’s “royalty” and his noble cause of restoring the honour of the Han Dynasty. For Liu Bei, that slogan had not changed from the very beginning. But then, such ideologies would have limited reach in terms of territorial expansion which was so necessary to avoid being swallowed by powerful neighbours. 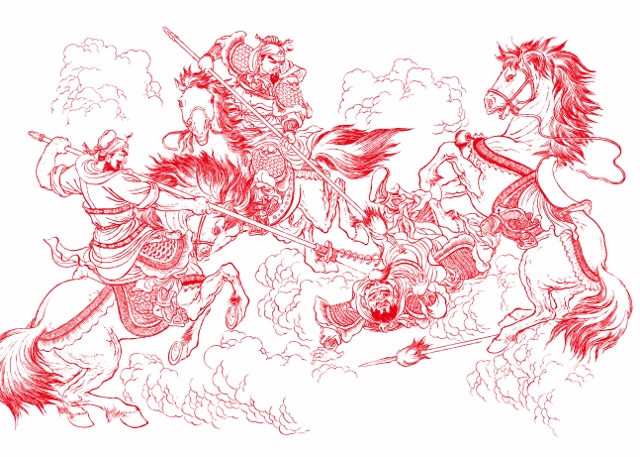 Liu Bei’s ability to gain a foothold while swimming with sharks points to the fact that he was no pushover and he was not as righteous and honest as how me might appear in Luo Guan Zhong’s version of Three Kingdoms. A little known fact is that in the field of emotional manipulation, Liu Bei was actually a match for the legendary Zhuge Liang. When Liu Bei was very ill and knew that he was in his last legs, he called all his ministers and generals into his bed chamber. What he then said to Zhuge Liang (who was prime minister) was nothing short of ingenious.

“You are ten times more capable that Cao Pi (Cao Cao’s successor for the Wei Kingdom). If my successor makes a good leader, please support him. If not, you may usurp the throne.”

A shocked Zhuge Liang fell to his knees and swore eternal loyalty to Liu Bei’s successors. For a dying man, Liu Bei was extremely clear-headed and crafty. The astute reader may be tempted to turn back the pages and see if he can spot Liu Bei’s inconspicuously clever moves.