The Best, Worst & Most Disruptive of Times 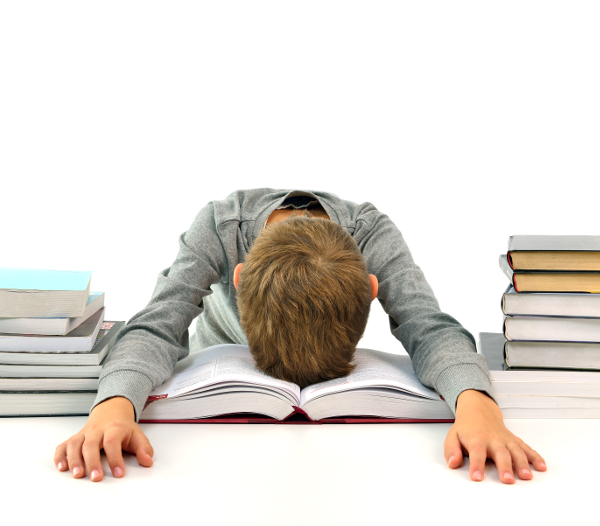 In the fastest growing and most competitive economies in the world, parents are often made to feel guilty for not giving their kids a head start. Those who benefit from such tactics are tuition centres and various heavy-touted outfits providing child enrichment programmes.

The assumption here, is that the child with better grades (or knowledge of some secret to learning) will have a better chance than his/her peers in the competitive job market. There are many examples that prove this point. As a rule of thumb, your job prospects are better the higher your education. There is another rule of thumb and that is, the more well-to-do the child’s parents are, the better his/her chances of performing better than his/her peers. Some call this “parentocracy”. There are far fewer examples that show the contrary, so most pragmatic and down-to-earth parents still believe in head starts, good grades and coveted degrees. Parents who don’t have such deep pockets would go out on a limb to give their children that important head start.

The principles of parentocracy, meritocracy and nepotism had existed since ancient times. But how far can meritocracy, parentocracy and even nepotism get you? Are there instances where even a head start could be counter productive? 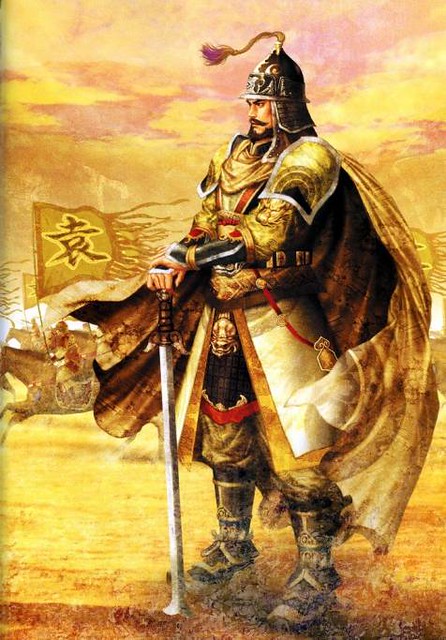 Let us go back to the time of the Three Kingdoms and examine a character who was the most “gifted” (vis-a-vis parentocracy, nepotism and meritocracy) amongst the warlords and regional governors vying for control during the closing chapters of the Han Dynasty. Yuan Shao was a descendant from 4 generations of the highest ranking officials in the Han court. He was rich, handsome, intelligent and outshone his peers academically. Yuan Shao had a childhood playmate whose father Xiahou Song was so desperately poor that he “sold” himself to the eunuch Cao Teng and changed his name to Cao Song. The boy, Xiahou Cao became Cao Cao. In contrast with Yuan Shao, Cao Cao was vertically challenged, plain-looking and boorish. If not for his adoptive grandfather Cao Teng, Cao Cao would have absolutely no chance to serve the crown. Besides that, Cao Cao was a juvenile delinquent notorious for his cruel pranks. But because his pranks and acts of sabotage showed ingenuity, he was assessed to be a capable administrator in times of peace and a cunning outlaw in times of trouble “治世之能臣，乱世之奸雄”. While serving the crown, Cao Cao followed Yuan Shao around like a puppy. While the two men were on very friendly terms, Cao Cao was always expected to play second fiddle to Yuan Shao.

However, Yuan Shao proved to be rather inept. First, he initiated a palace massacre to wipe out the eunuchs who were virtually running the country. Then, of all people, he invited the ruthless Dong Zhuo to beef up the imperial forces. Not surprisingly, Dong quickly seized power from the throne. Yuan Shao then formed an alliance of regional governors (with himself as leader) to oppose Dong Zhuo. That alliance fell apart due to cowardice and various hidden agendas.

Cao Cao tried but he could not bring down Dong Zhuo on his own. The two friends then drifted apart and once out on his own, Cao Cao was able to build an effective army and a prosperous administrative centre at Xuchang. Terrorised by the palace mayhem caused by warring factions, the Han emperor desperately sought protection under Cao Cao and put him in the hot seat. The presence of a puppet emperor lent legitimacy to many of Cao Cao’s campaigns and projects. When Cao Cao’s territory expanded to the southern bank of the Yellow River, Yuan Shao on the northern bank realised that war was inevitable. But without the head start and background that Yuan Shao had, Cao Cao was greatly outnumbered. Nobody expected him to win. 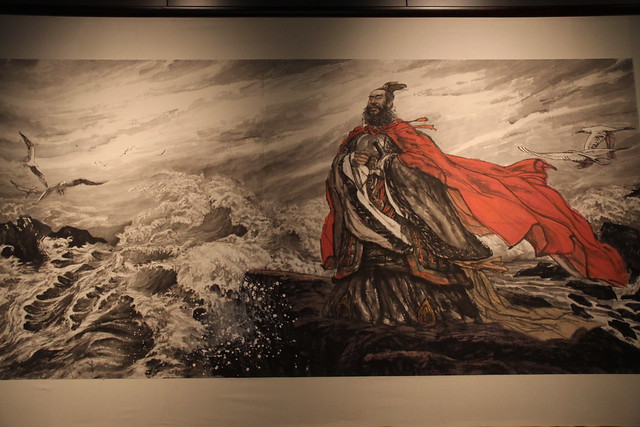 Known as the Battle of Guan Du, Cao Cao’s victory was partly due to luck and partly due to his humility and attention to detail in contrast with Yuan Shao’s arrogance and complacency. I have described these episodes in detail in my Three Kingdoms series. And if you look at some of the 富二代 today, you are likely to see the same Yuan Shao phenomenon.

Still, Cao Cao was not the most disadvantaged contender in the battle for supremacy. It was Liu Bei. Liu only had a few highly skilled and fiercely loyal fighters but practically no territory to call his own. Beaten around like a stray dog, he virtually led the life of a nomad. Nobody thought he could survive another attack from Cao Cao, but he did and went on to form the Shu Kingdom. I believe that Liu Bei’s incredible resilience was something cultivated through years of hardship peddling sandals and mats in frontier towns. Under the same conditions, someone like Sun Quan a 富二代 (affluent second generation) and a 四世三公 (4 generations of ministers) like Yuan Shao would have certainly given up. 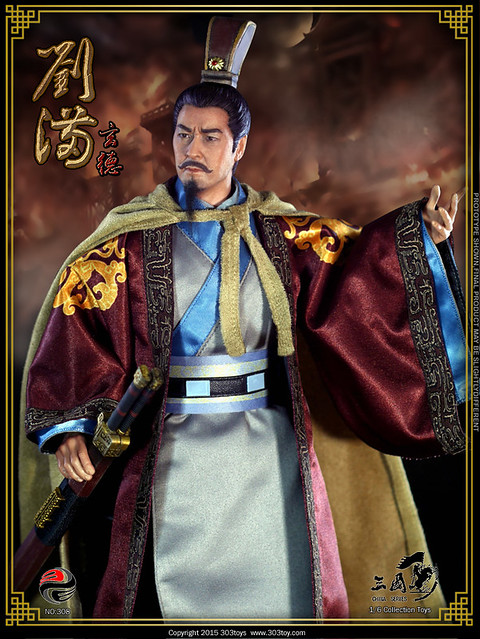 All this begs an interesting question. When parents give their children a head start with an education fund and lots of enrichment courses to get ahead of the class, are they not grooming them to be Yuan Shao? But the modern Yuan Shao is very likely to be successful in life. The modern Cao Cao is likely to spend most of his days in prison. This is 2017, not 200 AD. Is there any basis for comparison? Well, for a start, these are hardly peaceful times. Kodak, once a solid company that dominated photography was gone in a flash in 2012 and software with no weight or physical dimensions can be sold for billions of dollars. Robotics and artificial intelligence are wiping out human employment. Are we living in peaceful times that benefit the likes of Yuan Shao? Or are they really turbulent times that benefit mavericks with humble origins like Cao Cao?

Many years ago, when I was taking driving lessons and when I failed to change to higher gears quickly enough, my instructor would tell me that I would need to live in the Middle East if I continued to drive that way. When America invaded Iraq in 2003, conspiracy theorists said that Bush and his cronies were after the oil. Saddam Hussein and weapons of mass destruction were a convenient excuse. Even today, the Middle East is the first region that comes to mind when we talk about wells gushing with oil. The other oil and gas giant would be Russia. John McCain famously said that Russia is a gas station pretending to be a country. Then in October 2013, the US Energy Information Administration revealed that the biggest producer of oil in the world is none other than the USA, thanks to fracking technology. It’s as if the earth has moved. Treasures under the crust seem to be changing owners. 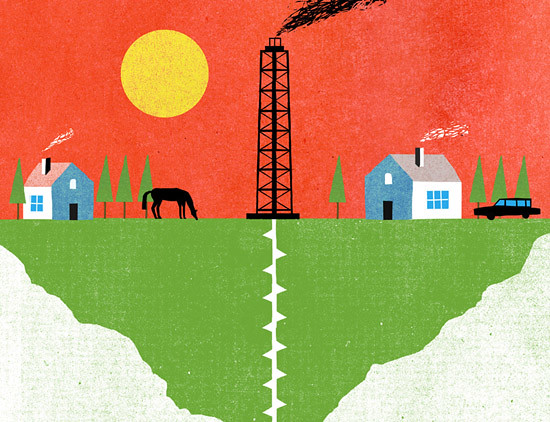 My point is, have you been updated?

Next, let’s take a look at the retail industry. We all know that Americans love their credit cards and they shop like the debt is not theirs. Hence, observers, researchers and investors pay a lot of attention to retail figures on the Monday after the Thanksgiving weekend and the biggest spenders in the world had always been Americans. On 1st December 2014, Americans spent a total of $2.65 billion online. It was a record and it was exciting for investors. However, many had failed to notice that these impressive numbers were actually overshadowed just weeks before that on 11th November (Singles Day) in China. On that day, Alibaba recorded sales of $9.3 billion. Many “experts” who did not have China on their radar screens were shocked that far from being a place to scout for cheap labour, China is also a great place to hawk your wares.

Alibaba and Chinese consumers have not looked back since. Above are the latest figures for 11th November 2016. Who cares about American spenders? Look at the Chinese spenders.

Back in the 1990s, when I was trying to discuss the rise of China as a superpower in a newsgroup dominated by ang mohs, my views were almost uniformly greeted with derision. There were too many arrogant and ignorant folks who imagined China as merely a bigger version of North Korea and “communism” will soon ruin the country. Having grown up with Hollywood movies, these folks have a very simplistic view of the real world. One ang moh actually believed that the Chinese people are only capable of making cheap plastic toys and American workers have nothing to worry about. I wonder where all these guys are now.

On 24th September 2014, a group of scientists in a mission control centre jumped with joy when they successfully placed a spacecraft in the orbit of the planet Mars. It was their first attempt and they even used improvised materials and components to build their spacecraft. Their budget was a mere $74 million – less than the budget for the film Gravity. Amazing. Which top school in the world produced these brilliant space scientists and engineers?

As you may have guessed by now, that mission control centre was nowhere near the US but in India, where the literacy rate is only 74% and school ranking is dismal. Another Asian country often dismissed as unworthy of attention by ang mohs, India is now the world’s leader in space science and technology. They can launch projects with a higher success rate and lower cost than American space centres. How’s that for bang for your buck? Have you updated your records?

So are these the best of times or the worst of times? I believe that these are very surprising and disruptive times. Jobs are insecure, businesses become irrelevant overnight and the brilliant academic results you hold may not mean anything. Youngsters today who live beyond their 50s must have the stamina and resilience of people like Liu Bei and Cao Cao if they wish to live on into their 70s and beyond. By then, all the tuition, enrichment courses and head starts that parents invest so much in will make no difference to these folks. Neither will it be justifiable for us to pay the highest salaries in the world to people who have absolutely no control over the shifting landscape. In predicting trends, they are no wiser. The sooner we learn to think independently and take matters into our own hands, the better.