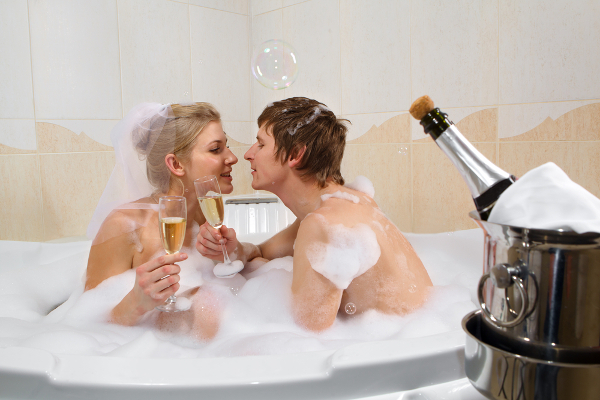 In spite of its abstractness plus all that confounding poetry and philosophy attempting to praise and analyze it, we pretty much know and can agree on what love is. It’s the term “forever” that people often take for granted.

I’ve seen men and women lose their jobs or fall out with their friends, families, church, temple, threaten suicide or even injure themselves for the sake of their love. It’s so touching and it only stands to reason that couples who emerge from such struggles will be holding hands till the end. 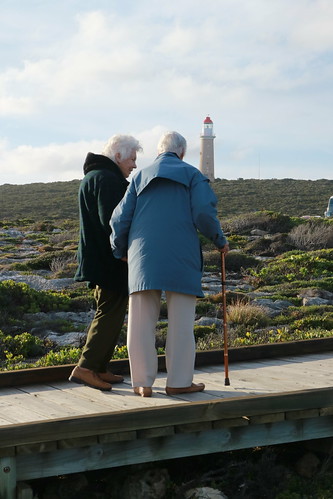 But surprisingly, many of these folks didn’t live happily ever after. The same people who seemed prepared to die for love would in later years, cheat on their spouses or tell their daughters never to marry a man like their father. How on earth did things turn out that way? Well, as Luo Dayou sang in 1980, love is actually the easy part. It’s keeping it alive over the years that is challenging.

Of course, many of the wise and cynical folks out there are well aware of their anomalies and contradictions. It’s not surprising that while romance still sells in this century, the heady romance between two very unlikely individuals under nearly impossible circumstances has been relegated to the status of artificial sweetener. People now understand that marriage can be a risky gamble and they maximise their winning chances in a variety of ways.

1. Compatibility
This is the most obvious consideration in promoting the chances if not ensuring a happy marriage and naturally, romantic novels are so dreamingly interesting because they challenge the boringly obvious realities and common sense. Certainly, this is an important consideration in arranged marriages and it is still being widely practised and believed in modern society with professional matchmaking agencies replacing bossy, dogmatic parents. It is assumed that if you share the same educational level, the same religion, the same family background, the same interests and hobbies, you will quite naturally, settle down nicely in the same home.

Personality also comes into play here. Architects of other people’s marriage try to find complementary components, imagining a fit that is even more dreamy than romantic novels.

2. Opposites attract
This may sound a bit counter-intuitive but we hear a lot of it because it has actually worked. A bossy man with his timid wife, a bossy woman with her timid husband – it has worked. If you’ve lived long enough, you’ll probably see a lot of this – even within your own family. One party could hate to deal with numbers and leave all the accounting to the other. Yes, you can get an incredible combination if one party likes what the other party hates. It’s an irony how opposing forces of division can bind two people together.

3. Dominance
One woman used dominance to her advantage by marrying a “simple” man who didn’t have the stamina to debate with her for hours. That was the way most of her relationships with men who were her intellectual equals ended. However, it’s usually the other way around. Men often prefer to marry gentle and demure ladies, assuming that they will fight less and submit to their leadership in times of crisis. It sounds horribly exploitative and chauvinistic, but in many cases, it has worked, even to the benefit and satisfaction of the “exploited” party.

4. Convenience
This may overlap compatibility, but it inches towards the limit of pragmatism. Some people get married because it’s good for business. Unions of this nature may involve the children of tycoons, celebrities or politicians. It all seems pretty tragic to the rest of us, but who are we to say that they don’t live happily ever after?

This may also overlap dominance as men who are considered undesirable by local women end up engaging the services marriage agencies who provide them with a choice of Vietnamese brides. We can argue over the similarities and differences of marriage agencies with matchmaking agencies and arranged marriages in another blog entry and I think calling it human trafficking would lead to a lengthy debate. Suffice to say that such unions would put the foreign bride in a position of weakness. Rightly or wrongly, this promotes peace and harmony as long as the dominant does not abuse his/her position of power and the weaker doesn’t try to dominate.

We go back Luo Daoyou’s song. What is the meaning of forever? Nothing lasts forever and nothing remains the same. Situations change. People change. Can the 3 considerations listed above deal with change? Sadly, the answer is no.

I know a couple who met when they fell in love with the same sport. As they became more and more committed to their sport, they also became more and more committed to each other. Eventually, they got married and even used the sport’s theme at their wedding. They soon had children and financial issues started creeping in. The man was contented, happy with living simply, but his wife was not. She gave up her sport completely and started selling MLM products to her friends and relatives. She joined churches and temples to widen her network. She volunteered at various organisations to get to know people in power. She wanted her children to go to the best schools. She wanted a bigger living space, a bigger car and more spending money. That would have been fine if she had only imposed such standards on herself, but she was unhappy that her husband was still spending so much time on sports and “neglecting” the family. She got increasingly frustrated with him being so unmotivated. They split.

Dominance is not something that can last in any advanced society. We talk about disruption and it can come in many forms. Naturally, We tend to see empowerment as something positive. Someone had even suggested they we give our maids time off so they could upgrade themselves. With better education comes empowerment and better work in the kitchen and bathroom?

Men are said to marry downwards on the social ladder because they are chauvinistic and insecure. Even princes may prefer to marry humble girls than haughty princesses. Remember Cinderella? She was that nice and demure girl bullied by her stepmother and ugly sisters, but then, she married the prince. She wouldn’t be scrubbing floors and doing the laundry anymore. What would she do? Would she remain the same Cinderella that Prince Charming first fell in love with? Of course not. She must have changed, but what was she like after living in the palace. As kids, the storytellers didn’t want to spoil the surprise. My guess is that lovely Cinderella probably ended up as the same evil queen in the story of Snow White.

Then, when Snow White recovered from the poisoned apple episode and married another unsuspecting prince … well, I’m not telling fairy tales here. The same situation may not lead to the same happy ending. Your results may vary. Or your story may “end” happily at first, but then, things change because people change. On Day 1, you’re their hero, but years later, you’re a worthless piece of shit.

So we see that compatibility is no guarantee. Dominance is not permanent. What about convenience? Celebrities may get divorced all the time, but what about business empires linked through marriage? Well, I don’t know enough about these families to comment, but I know for a fact that businesses can and have failed. Husbands of foreign brides can run into financial trouble. Can things hold together if money transfers to Thailand, China or Vietnam were cut? Will the loss of this “convenience” put an end to the relationship?

We all know the answers to these questions. People are still falling in love and getting married. People are still looking for people to fall in love with and some don’t even bother with falling in love as long as they can just get married. Meanwhile, the roulette keeps spinning. You may come out of it empty-handed, but you’re certainly not alone.