I Want To Join The Daydreaming Club 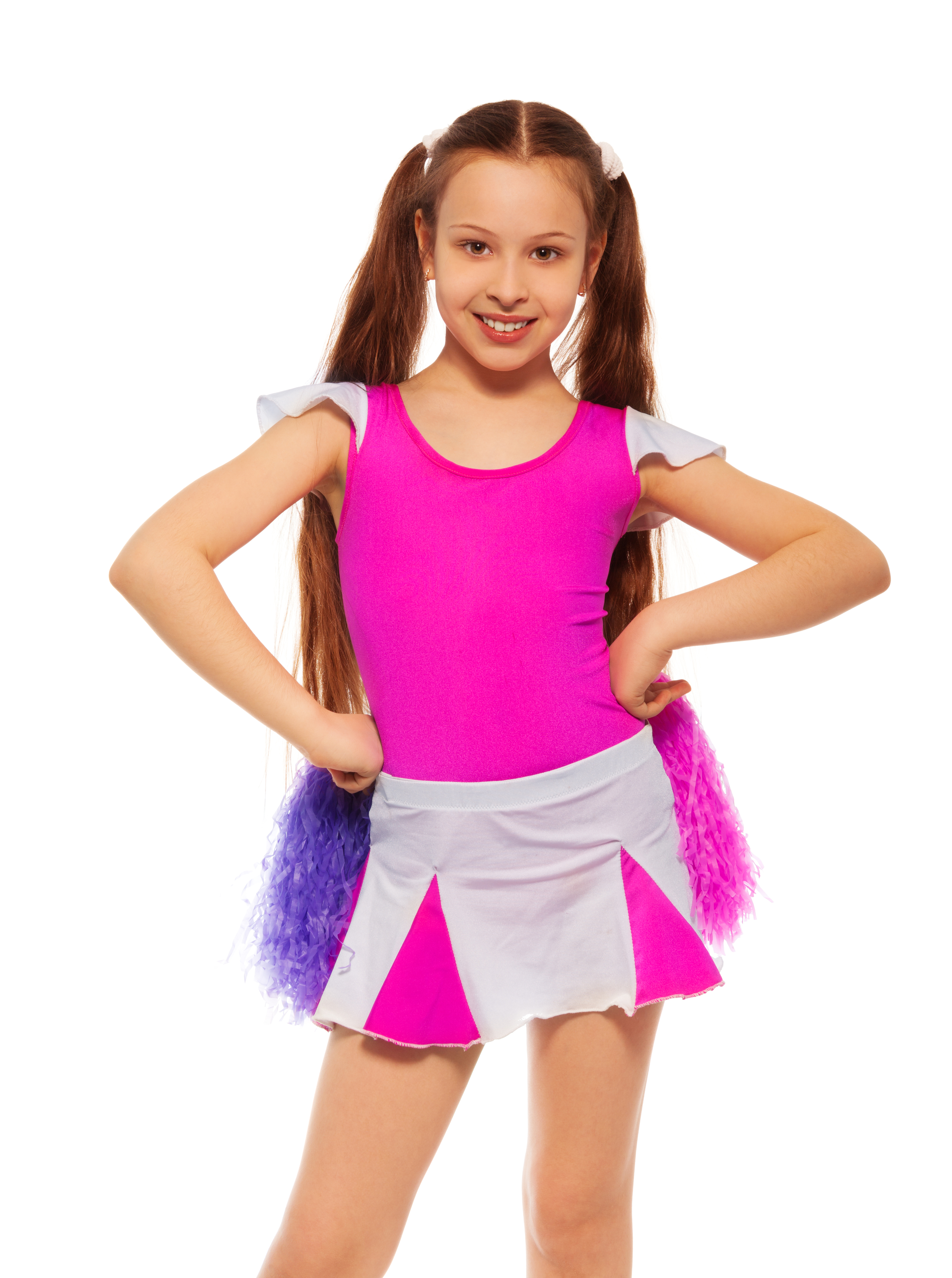 While visiting my parents for reunion lunch this year, I met P and L. They are sisters and had been my neighbours for many years. Back in the early 1980s, the sisters were athletes in their school, often winning trophies which their mother showed off to my mother with great pride. And while I was weak and scrawny, the sisters were extremely fit and healthy. They would have put me to shame in a race over any distance. I could barely recognise them when I ran into them just a couple of days ago. They looked tired and were seriously overweight. We often say that life is short. That’s why there’s always a rush for early success in this society. But there is a saying that it doesn’t matter how you start the race; it’s how you finish it. I’m not finishing my race yet, but I’ve caught up with the sisters.

When I was in school, it was called ECA or extracurricular activities. Nowadays, it’s called co-curricular activities CCA. Interestingly, my spell checker recognises ECA but not CCA. It’s not just the name that has changed. In my days, we had things like “house practice”. They grouped us into Red House, Yellow House, Blue House, Green House, Purple House. On sports day, each house would compete against another. That was compulsory, perhaps targeted at the “inactive” boys like me who didn’t stay back after school to play football.

We also had the slightly more glamorous clubs like military band. In secondary school, we had NCC, NPCC, St John, Red Cross, Water Polo, Scouts, Guides, Chess Club, LDDS etc. They were all run by a teacher in charge and saying that they were not experts in the field would be quite an understatement.

I joined the Red Cross and I remember my mother griping endlessly over a pair of boots that cost $27. For the first year, I was very enthusiastic. I was a poster boy for the uniformed group, but it was the same marching steps and bandaging sessions in the second year. While on duty during sports day, I stood like an idiot, knowing very well that there was absolutely nothing in my first aid box that could have helped an injured or unconscious athlete.

I decided to quit in the second year, much to the chagrin of my mother who mourned the loss of her $27 for years. Fast forward 40 years and things have changed beyond recognition. They still have “classics” like football, basketball, hockey, swimming and waterpolo, but CCA is now pretty serious business with eye-popping additions like sailing, fencing, archery, harp ensemble, robotics club, sumo wrestling and even golf. The complete list can be found here. The kids today will certainly laugh at our embarrassingly unsophisticated “house practice”. 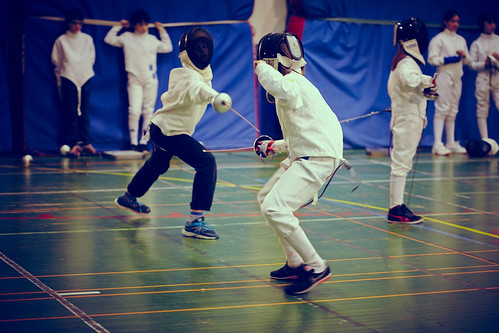 CCA sports are taken very seriously nowadays with professional coaches, massive funding and the ultimate incentive of 1 to 2 ‘O’ Level points deducted from the academic examination aggregate. While some of these sports are competitive by nature, many of them will increase schooling costs for the parents and students can gain an advantage over their peers when their parents weigh in with their financial muscle. I remembered weighing in with $200 for a set of fluorescent cup-stacking kit, complete with timer. My son lost interest in the sport after just one competition. It was not till I saw the kit collecting dust that I realised that my $200 had gone down the drain. Luckily for the kid, I’m not like my mother.

All this is child’s play compared to the more “prestigious” sports that elite schools offer and the competition has gotten serious, really serious in quite a number of events. We have already seen the unrealistic academic standards in Singapore’s schools today with secondary school work appearing in primary school test papers. Parents invest in tuition and enrichment classes in an attempt to game the system. It’s equally bad in the CCA department and it’s all about trophies and medals there. There was a time and when students could join or unjoin an ECA out of passion and interest or the loss of it. It was a non-examinable subject. Even though house practice was compulsory, I could hide at a corner to read a novel or daydream about writing one myself. As long as I was still around at the end of the session, the teacher in charge would put a tick against my name. At the end of all these “practices”, I could have been so unfit that I had trouble finishing a 2.4km run. Fortunately, nobody cared. 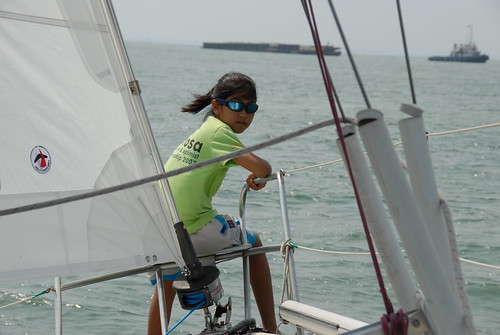 I was not expecting him to be the future Colin Cheng, the sailing Olympian. I just wanted him to have a good time and be safe, so I was delighted when he completed the race without capsizing…

… coaches tend to focus a lot on how to win, without adequate teaching on how to lose. There can only be one winner in a race, so boys are more likely to lose than win.

My boy also felt his coach left him out. He felt that coaches pay more attention to the better sailors. Perhaps my son is too sensitive. But when I discussed this issue with my colleagues, who are also parents, I realised that in many school CCA teams, there are often two sub-teams: the “professionals” and the “amateurs”.

… But gradually, his enthusiasm in sailing appeared to wane. He started to miss out his sailing gadgets and equipment when he packed his sailing bag. And he no longer looked forward to sailing sessions.

And then it hit. After one session, my boy told me, “Daddy, I want to quit sailing”.

That’s what you get when you’ve achieved this level of sophistication. As if streaming for academic results were not enough, they’ve quietly begun streaming for CCAs as well! You can read the whole article here.

It seems like something coming from a parent who has become disillusioned with the system, but this may not be so. I have a few issues with the letter. First of all, the definition of kiasu. This is a kiasu system, a kiasu society. It’s not just that people are afraid to lose. They actually go overboard to ensure victory – at a very high price that most people having a balanced lifestyle are not prepared to pay. That’s the full meaning of kiasu.

Now, a primary school that is offering sailing as a CCA can’t be your average neighbourhood primary school. He has signed his son up for an expensive sport and it’s probably in a school with a reputation to uphold. The child may be forgiven for not knowing, but what was the father expecting? I may be wrong, but from the letter, it seemed to me that neither he nor his son are against the system per se. What if his son had managed to get into the “professional” category and earned his bragging rights? Would the parent still have written the letter?

Now let’s get back to my former neighbours P and L. Yes, life is short. Yes, the world is moving very fast. Those are often the excuses used to make people adopt a stressful or even toxic life on the fast track. Yes, they were way ahead of me in terms of health and fitness when we were in our teens, but look at us now. I can say quite categorically that I’m fitter than over 90% of those in my cohort. In the race between the tortoise and the hare, the tortoise may win, not because the hare had been too complacent, but because he has been too kiasu.

Not being a professional sailing coach, I don’t know if it’s too late to groom a competitive sailor after his eighth birthday. What I do know is that I climbed my first mountain at age 29 and I’m still doing it now at 54. Will the boy retain his love for sailing after 50 years if he goes on like this? Is the school interested in cultivating such lifelong passions or do they just want to groom competitive athletes who can win the most number of medals for them over a short lifespan as an elite athlete?

I wish they have a daydreaming club for CCA. You guys can race ahead. At 8, I would have so much time to kill.