Did We Know Any Better Than The West? 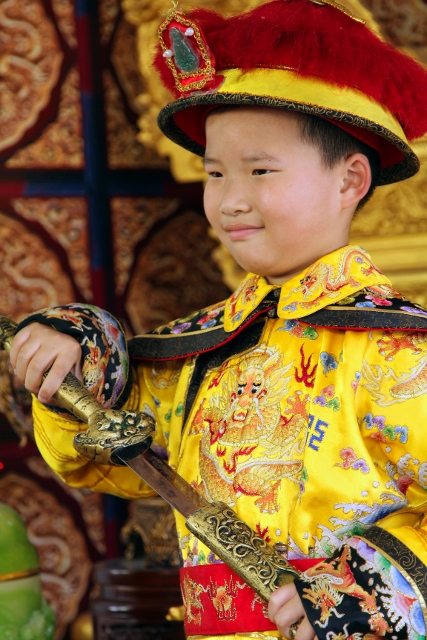 When few Singaporeans were on the internet and when our newsPAPers and TV stations were our primary source of news, it was not surprising to come across ignorant Singaporeans who thought that Singapore was a paradise island in a SEA of trouble and poverty. I have met seemingly well-educated Singaporeans who simplistically thought that if our COE were implemented in Bangkok, the Thai capital’s traffic woes would disappear.

I had wished that we could have something like the First Amendment:

Congress shall make no law respecting an establishment of religion, or prohibiting the free exercise thereof; or abridging the freedom of speech, or of the press; or the right of the people peaceably to assemble, and to petition the government for a redress of grievances.

With free speech, we’re more likely to get diverse news reports from different angles and thus cultivate a thinking population that doesn’t take things at face value. That in itself, turned out to be also a simplistic view.

Back in 1990s when usenet or newsgroups were popular, I had my first taste of Westerner’s prejudice and ignorance when I debated with ang mohs in Thailand. Having built up a social network, bought a property and prepared to move to Thailand, I had also developed a guarded mindset and a set of survival skills to deal with some of the realities on the ground. While hanging out in usenet, I was surprised to find that many Farang (ang mohs in Thailand) were still seeing the Land of Smiles through rose-tinted glasses.

Being Chinese means that I was brought up a certain way. I have Chinese friends in Thailand who were brought up in a similar way and we adopt similar values. They have all achieved a moderate to high level of success in Thailand. Their family structure is also relatively stable. In all honesty, I cannot say the same about my native Thai friends. If only they could be less impulsive and more focused and organised, I’m sure they could achieve the same level of success as their Chinese counterparts. Even though I have stated quite categorically that this difference has more to do with culture and upbringing than genetics, I’ve often been called a “racist” by Farang people who insisted that the Thai way (which they had only recently discovered and merely scratched the surface without exposing what’s underneath) is superior even to their (American/European) way. To suggest that under-achieving Thais follow the disciplined, no-nonsense, planning ahead and financially prudent Chinese way to improve their lot was deemed racist.

Some Farangs believed that the Chinese diaspora in SEA dominated the economies in these tropical countries because they migrated with crates and gold bars and opium. They were totally unfamiliar with the struggles of our ancestors who came China with only the shirts on their backs. One wise guy even suggested that Thailand should adopt the Bumiputra policy to level the playing field because of the “unfair advantage” that the Chinese immigrants had. 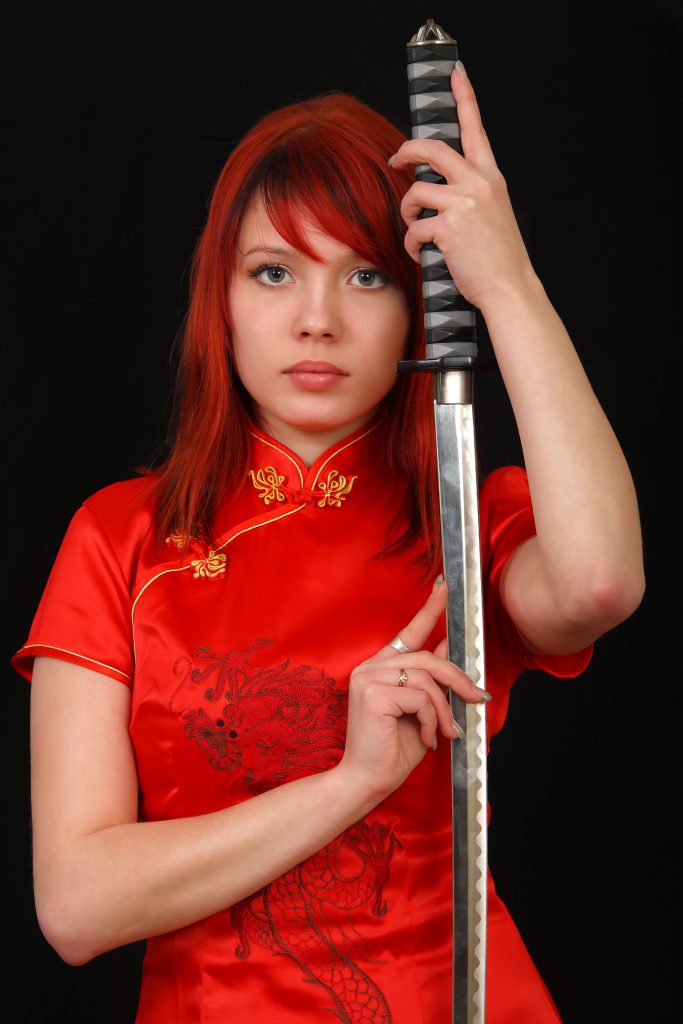 You see, back then, very few Farangs in Thailand had actually set foot in China or even bothered to understand Chinese culture or what Chinese society was actually like beyond the Tiananmen massacres and Chinatown gangs.

Only one guy by the name or nickname of Robert White had lived in both China and Thailand and agreed with me that for all its social ills, control of the press, human rights abuses and uncouth peasants, China was well on its way to becoming a superpower.

For the rest of them, Communism is the plague and any country afflicted by it would be doomed. One guy said that China will only be good for producing cheap toys. To set the record straight, I too would rather have a democratic China with freedom of speech. But in some cases, democracy has nothing to do with prosperity. It’s just that the Chinese people are so hungry, so hardworking, so calculative and entrepreneurial that as long as you allow them to open for business, nothing is going to stop this economic juggernaut – not even Communism.

Because of their fixation on some of the ideals of democracy, few Farangs believed that China or Vietnam would ever surpass Thailand as the latter bears some signs of being democratic (a powerful monarchy and “decisive” military notwithstanding), allowing a certain amount of press freedom while the other two do not. It’s interesting to note how ignorant, prejudiced and simplistic these folks were in spite of the their easy access to multiple sources of information.

The various exchanges opened my eyes to Farang ignorance and prejudice. Many of them who claim to be politically correct are actually uncomfortable with Asians who are on par with them. They would care for Asians with loving sympathy rather than discuss issues with them as equals.

I’m not sure where all these guys are now, but the China today must be beyond their wildest imagination. Fortunately, these Farangs were not leaders. Their leaders, whether in Europe or America, were much better informed. While some Asian leaders (you know who) haughtily lectured Western leaders on what makes China tick, Xi Jinping’s China is now virtually an empire comparable to one of its great ancient dynasties. Yes, we’re talking about dynasties run by dictators and their descendants. Backed by huge markets and a trillion dollar US trade deficit, China is awash with USD which it pumps into massive infrastructural projects from Myanmar, Malaysia, Indonesia and Nepal to Africa.

Furthermore, the Belt Road Initiative is a development strategy proposed by the Chinese government that focuses on connectivity and cooperation between Eurasian countries, primarily the People’s Republic of China (PRC), the land-based Silk Road Economic Belt (SREB) and the ocean-going Maritime Silk Road (MSR). There are 7 regional/geographical components to this belt/road.

Has Uncle Sam got any plans of comparable magnitude? Where does Singapore come in? How much of a say will we have? 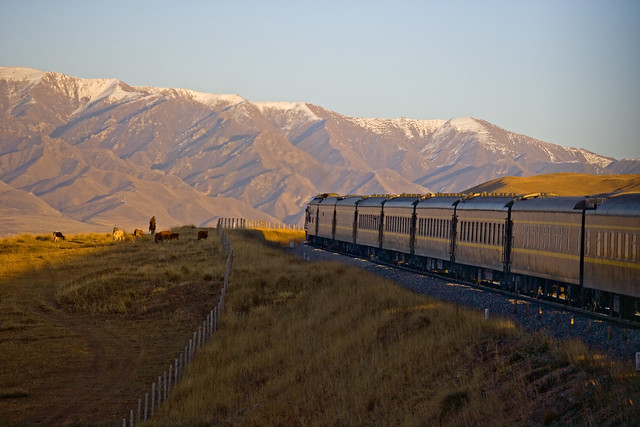 Yes, the beer-guzzling Farangs in Thailand got it completely wrong. The pundits were not completely right about China either. But unlike the ignorant and seldom sober Farangs in Thailand, governments, analysts and experts had correctly predicted China’s rise to superpower status. What they predicted wrongly, was that as China developed, its middle class would expand and democratic ideals would creep in. Some had even predicted that China would adopt a democratic system in the near future. All that turned to smoke when the Communist Party of China’s Central Committee proposed to remove the two-term limit for the post of president and vice-president through a constitutional amendment.

The passing of the amendment sparked off concern and speculation at home and abroad that Xi, heading the CPC and military besides the presidency, who recently began his second five-year term would continue for an unprecedented third term and beyond, wielding unquestionable power exercised by the party founder, Mao Zedong in the heydays of China’s revolution. Policies (including foreign policies) are going to see serious “continuity” until Xi changes his mind.

For decades, American experts had believed that support for China’s rise would promote China’s integration into the post-war international order and would ultimately liberalise China. At the turn of the century, George Bush predicted that China’s entry into WTO would mean that the world’s biggest communist country was going to enjoy more open contact with the world of freedom. The obvious extrapolation is a gradual democratisation of China. That turned out to be wishful thinking.

National Security Strategy America (NSSA) then released the statement: “Contrary to our hopes, China expanded its power at the expense of the sovereignty of others.” 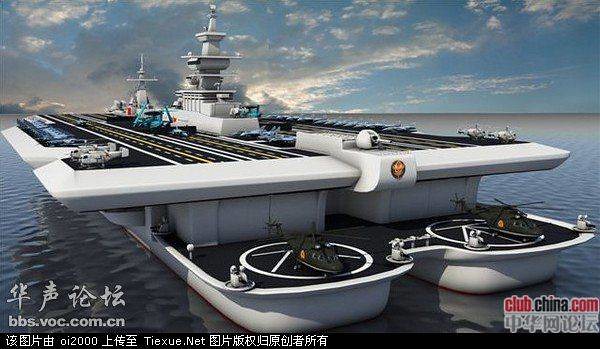 On another level, China’s military strength is growing. It has also started to interfere in territorial disputes, ignoring international law. With countries like the Philippines bowing to Chinese supremacy, America has been edged out of its sphere of influence in the Asian Pacific region. On a softer level, China has also influenced political debates across the democratic world, whether by funding friendly politicians and academic institutions, stirring up nationalism among Chinese students overseas, buying up foreign media outlets or bullying publishers. Translate that into local terms and the similarity/implication is scary. Having an authoritarian government in your own country is bad enough. Having one that virtually rules the world is downright horrifying. 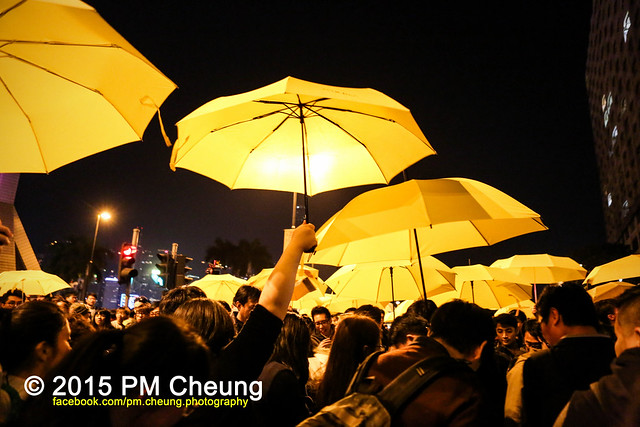 Western technopreneurs used to be amused by the idea that China would hire nearly a million internet police to control the internet. Much to their surprise and chagrin, the Chinese government did just that. When Hongkong was handed over to the mainland in 1997, Western experts again mistakenly saw that as an opportunity for Hongkong to influence mainlanders into accepting the semblance of democracy and freedom that Hongkong enjoyed, eventually influencing the rest of China. Activists in Hongkong now see a reversal of what they had hoped for. Beijing is tightening its noose around Hongkong and instead of Hongkongers influencing the rest of China, the opposite seems to be happening. Hongkong’s only hope for greater democracy now lies in a democratic movement (if any) on the mainland.