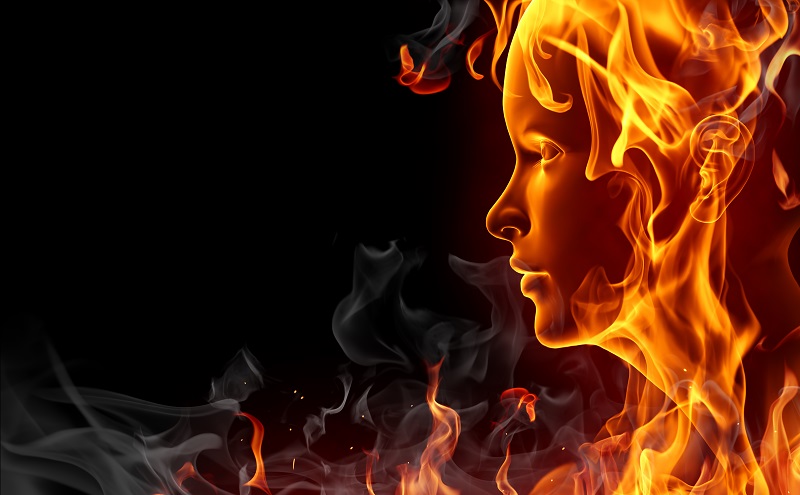 I was struck by a sense of deja vu after reading the book, Exposed: The Secret Life of Jodi Arias by Jane Velez Mitchell. The concluding chapter includes the opinion of psychologists who believed that convicted murderer Jodi Arias (currently serving life sentence without the possibility of parole in Arizona) is probably someone who has borderline personality disorder BPD. You can read the intriguing investigation and courtroom saga over here.

What is BPD? Also known as emotionally unstable personality disorder (EUPD), Wikipedia defines it as a long-term pattern of abnormal behavior characterized by unstable relationships with other people, unstable sense of self, and unstable emotions. Of course, like all mental conditions, there are many variations across a spectrum. I shall just touch on some of the manifestations that I’m more familiar with. About 1.6% of people have BPD in a given year and it has been shown that the incidence decreases with advancing age. Females are diagnosed about three times as often as males.

I find BPD most easy to understand if we view it as a form of delayed emotional maturity. The features of BPD include unusually intense self-centredness, sensitivity to criticisms, unrealistic expectations in relationships with others, difficulty regulating emotions, and impulsive behaviour. Many end up friendless and depressed. Among suicide victims, a good number may have BPD. The good and bad thing about BPD is that unlike mental illness, it has something to do with the personality of the individual and is thus not treatable in the same way. While people with mental illness often have no control over their behaviour, people with BPD know what they are doing. Their behaviour is unacceptable because of a distorted, self-centred view of the world around them.

Nevertheless, people with BPD are often exceptionally enthusiastic, idealistic, joyful, and loving when they make new friends. If a new friend is a nice guy, they will see him as someone perfect and flawless. When reality hits home, they become disappointed and swing to the other extreme, hating that individual for not being the “perfect being” that they had imagined.

Let’s have an example. A has a favourite family doctor, Dr M whom she sees on a regular basis. She likes Dr M so much that she recommends him to all her friends and even advertises for him on social media. Then one day, A shows Dr M a kind of nutritional supplement that she has been taking. Dr M tells her that the supplement is useless and she shouldn’t waste her money. A is shocked and furious. She expects Dr M to agree with everything she says. She swings to the other extreme and starts a smear campaign against him.

This brings us to another very significant characteristic of BPD. It is normal for us to feel a bit unhappy or disappointed when someone points out our mistakes. The more egoistic among us may even deny that we are wrong to save face. A BPD cannot be wrong. She responses to challenges and criticism with rage, revenge and even violence. When something goes wrong with a BPD’s project, she will blame everyone directly or indirectly involved and refuse to acknowledge responsibility. If you point out that it’s her fault, get ready to be hated or even hacked! Such undesirable responses almost never occur near the beginning of any relationship with a BPD. It’s always perfect and made in heaven in the beginning. Like a ceramic bowl, however, it just takes one note played at the wrong frequency to completely shatter it.

Let’s take another example. B’s teenage son is late for school. As he runs out of the room, swinging his bag after him, he accidentally knocks down a bottle of perfume belonging to B. B is furious. Because her son has destroyed something she loves, she threatens to break all his gadgets when he has gone to school. The boy is so worried about her threats that he can’t focus on lessons in school. Revenge runs deep in the minds of BPDs. If they feel hurt and they think that someone is to blame, they must make that person suffer as much if not more.

Possessiveness is another important characteristic of BPD. A person with BPD is extremely insecure. She may cry simply because her boyfriend has spoken to another woman. With her loved ones, she can show extreme devotion one moment (putting someone on a pedestal) and extreme disdain the next moment, often triggered by something very trivial. When she recovers from it, she swings back to the other extreme and expects the other party to swing along with her, often leaving the other party flummoxed and frustrated. When she hates someone for whatever reason (usually something trivial and innocuous), she cannot tolerate any of her friends talking to that person. If they do, she will plant her hatred on them, again leaving everyone puzzled and frustrated. When a BPD decides to lose weight, she can go to extremes with exercising and dieting. That’s why so many of them develop exercise addiction, drug addiction and eating disorders.

Anxiety is not unique to BPD, but it is also rather characteristic. When a BPD is rushing for a flight or a train, she does not care if she kills someone to make it. That is perhaps an exaggeration, but she literally sees not making it as the end of the world. We often refer to people with mental illnesses as “sufferers”, but very often, the pain is felt by the people around them. The same goes for BPD. As mentioned earlier, BPDs know what they are doing. In fact, it’s not wrong to say that they are in control even when they are throwing a tantrum. Jodi Arias’ plan to murder her ex-boyfriend Travis Alexander was very well planned and thought out. She felt perfectly justified to take his life. She could love and hate him to the core in the same day. Of course, Jodi Arias represents an extreme example of how BPDs take revenge on others for “hurting” them. The magnitude of this “hurt” only makes sense from her perspective.

Let’s take a milder, more common example. C wants her husband to stop watching the game on TV and go to bed. He reluctantly switches off the TV. C is infuriated by the look of reluctance on her husband’s face. She runs into the kitchen, picks up a knife and throws it at him. C’s husband turns cold and sleeps in the living room. When C calms down the next morning, she smiles and behaves as if nothing has happened. Yes, BPDs can throw knives at their loved ones and feel absolutely justified to do it when they are pissed off with them for something very trivial. When they have calmed down, they expect the knife-throwing episode to be completely forgotten.

It’s not difficult to imagine why a BPD individual has neither close friends nor stable relationships, but the BPD just doesn’t get it, blaming everyone except herself. It has been documented that the incidence of BPD declines with age. Could it because those afflicted finally mature or could it be that they eventually sink into depression and kill themselves?