Why It Won’t Happen In Singapore

28th July 2018. At a working lunch hosted by the SDP on this day, several opposition parties (sans WP) came together to explore the possibility of working closer together to present a unified front at the next elections. To some of the people who are frustrated with the establishment, this was a major breakthrough in the local political scene, a ray of hope for new beginning in Singapore.

Mr Lim Tean, leader of the People’s Voice said that while the exact form of such cooperation remains to be worked out, it is important that there be a more centralised form of leadership.

The same sentiment was echoed by People’s Power Party’s Secretary-General Mr Goh Meng Seng who added that without discipline, such a coalition equals trouble.

Mr Benjamin Pwee, Democratic Progressive Party, pointed out that whatever differences parties had in the past must be submerged. “There must not be ego politics within such a framework,” he said.

While SDP appeared to be the leading the discussion, Dr Chee Soon Juan maintained that his party would only play the role of a facilitator, just doing their part to contribute towards a common and greater good. He went on to suggest that former presidential candidate Dr Tan Cheng Bock should help lead the effort in building such a coalition.

Dr Tan, whose original intention was merely to run for the relatively inactive post of president, probably only had serious issues with the government when he was virtually blocked from the last presidential election through a monumental shift of goal posts (which got the whole world laughing). Present at the meeting, he said: “If you want me to lead, then we must think of country first. If we go in, we must go in as a team.” 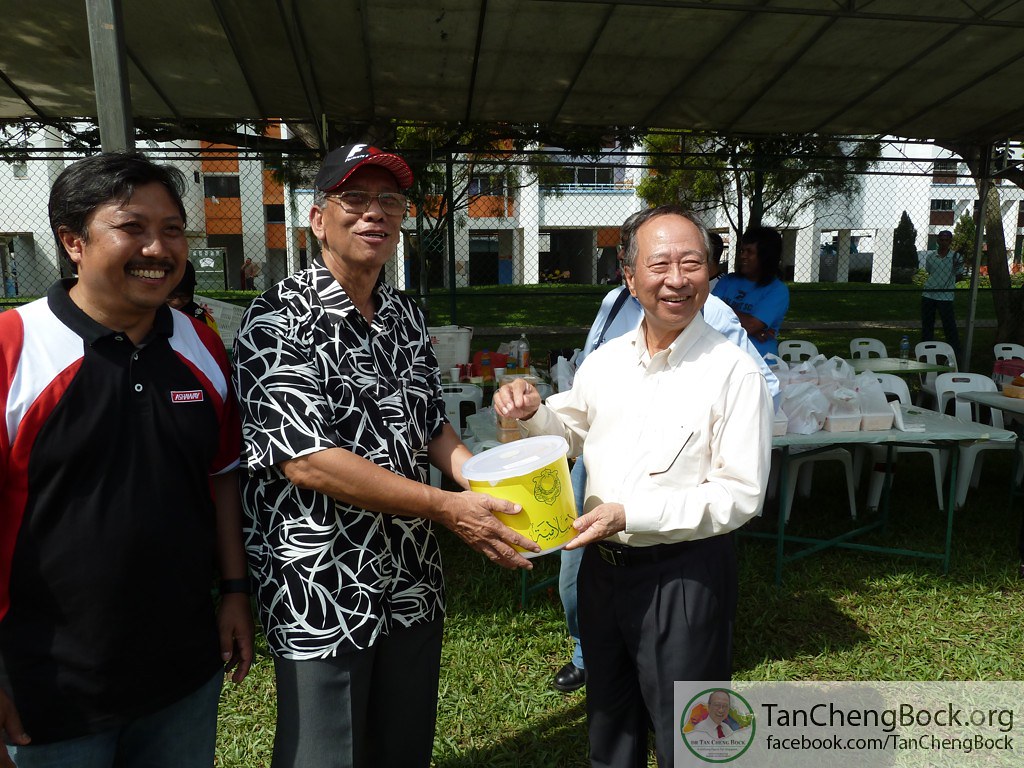 Dr Chee Soon Juan stressed that if the coalition has only form but no substance, then it will be a matter of time before the electorate finds them wanting and will repudiate the effort.

While I hear a bit of cheering in the social media background, I’m afraid the effort of this upcoming team may be repudiated even before cracks appear in the coalition. So in what way is this situation different from that in Malaysia where the Pakatan Harapan toppled ruling UMNO?

1. Tan Cheng Bock is not Mahathir.
Both men are going against their former parties. They took the courageous leap from establishment to opposition. But Dr Tan was only an MP and a former presidential candidate who lost to Tony Tan. No doubt he was liked by his people, but would it surprise you if I told you that there are some fashion and lifestyle bloggers out there who have no idea who Dr Tan Cheng Bock is? It’s true! But then, neither do they know Chan Chun Sing. 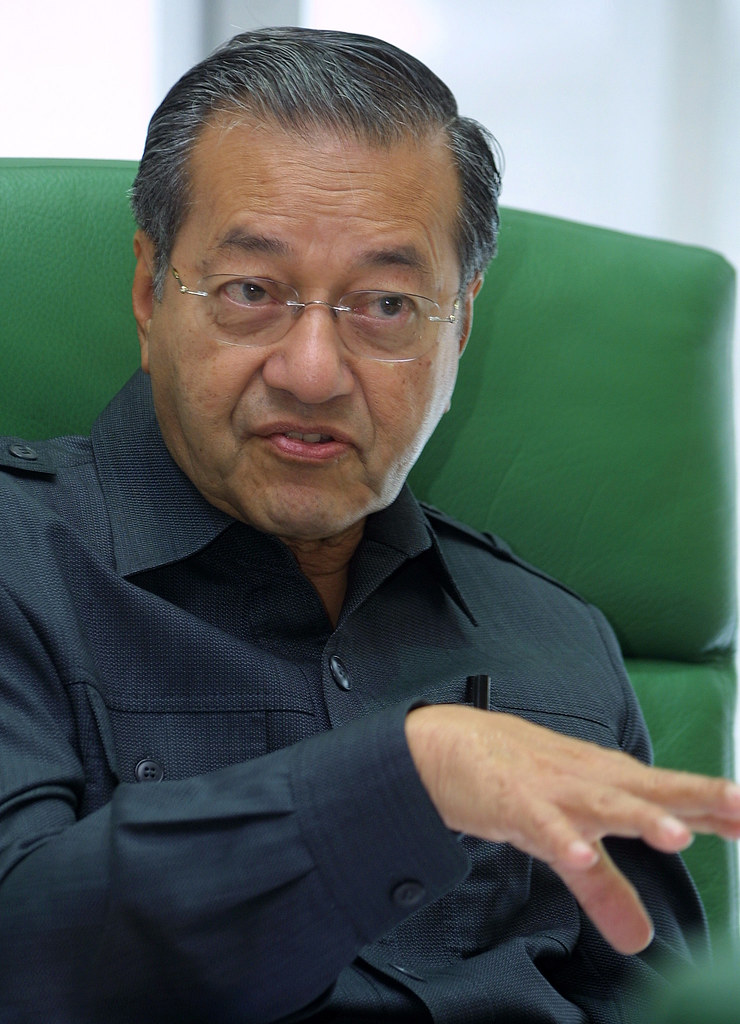 On the other hand, it would be extremely tough to find a Malaysian who doesn’t know who this atok is. Mahathir is a legend even before this. He is an icon with a political career than spanned 70 years. He has written several books and many books have been written about him. The world’s longest serving prime minister, he was a strong leader who not only modernised Malaysia but steered the country through troubled waters and emerged victorious. Even before leading the PH to victory, he was already a hero who managed to prove all the experts wrong, doing the exact opposite of what they suggested. In the minds of many Malaysians, Tun Mahathir is way larger than life. With all due respect, we can’t say the same of Dr Tan Cheng Bock. He doesn’t have a comparable stature in Singapore.

2. The Singapore Government builds a lot more “happy houses” than the Malaysian government.
Money talks, but Malaysians knew that showing support for BN will not bring a of goodies. Singaporeans have been pampered with massive and impressive services and facilities. Tampines Hub is just one of them. There’s also Heartbeat @ Bedok, all complexes housing libraries, sports, medical and other recreational facilities. Singaporeans are ecstatic about these new buildings, especially when these “happy houses” frequently dole out free gifts that the gian png would love. 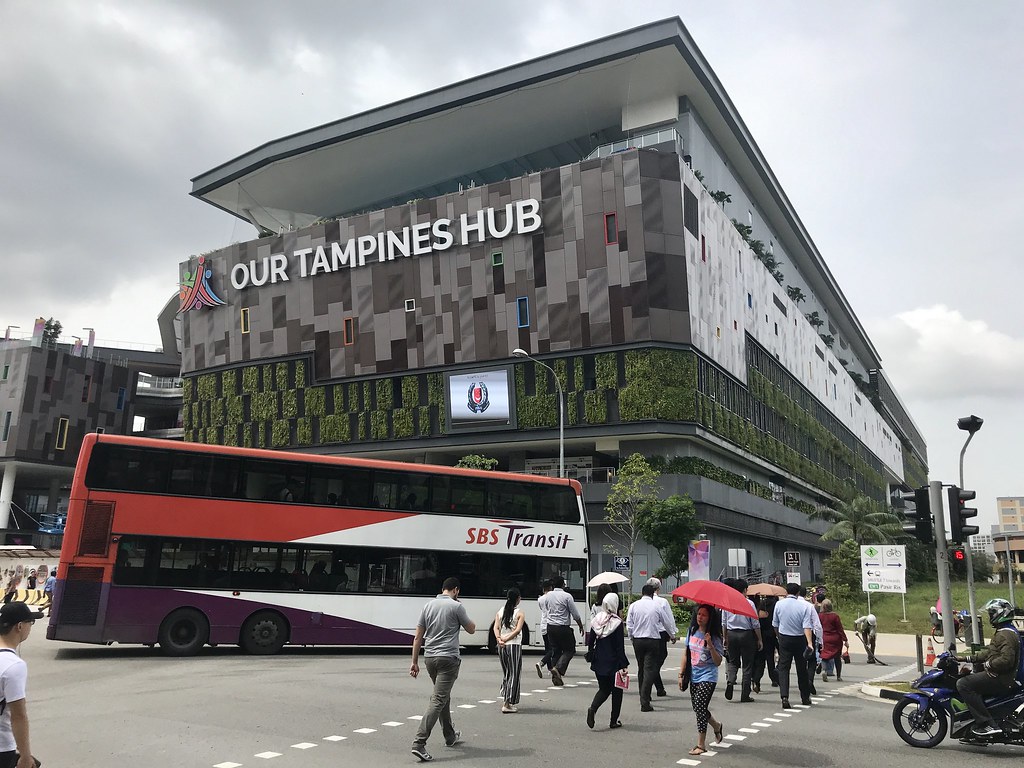 Many young and pretty Singaporeans I’ve met on social media tell me that the most beautiful place in Singapore is Marina Bay Sands! Nobody cares about our parks and greenery. Nobody cares about our heritage, be it natural or cultural. Those places are for uncles and aunties to exercise in the day and for maids to make out with their boyfriends at night. The only cool thing to do is zip through on an e-scooter with flashing lights and loud music at 80km/h. Make no mistake, these “happy houses” are also concrete evidence that the government has not pocketed the people’s money. 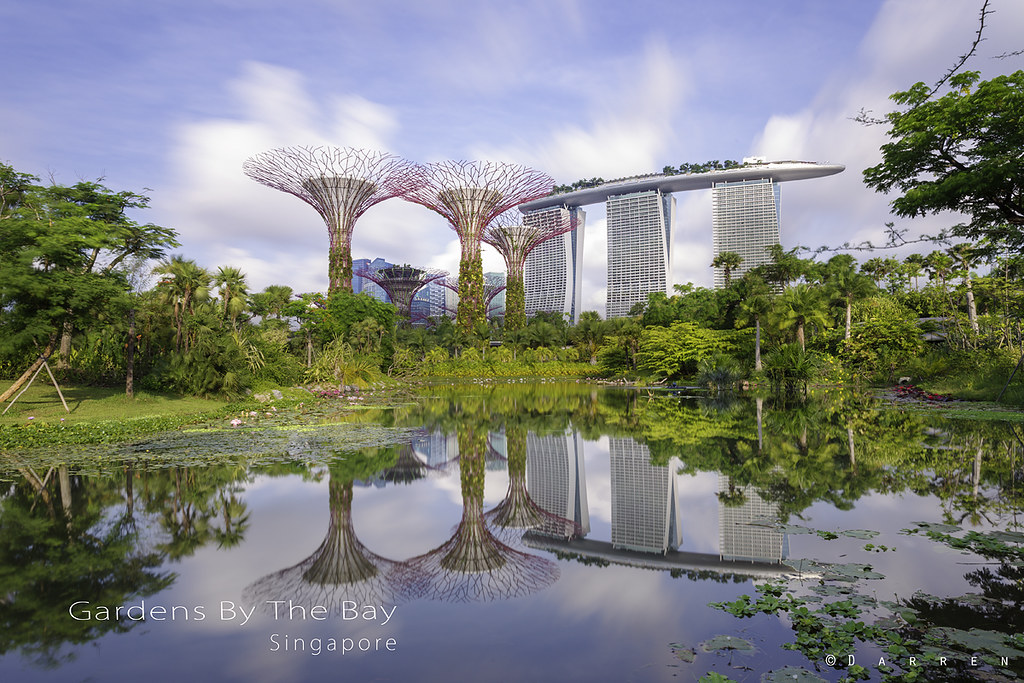 3. The Singapore government has deeper pockets
What about all the “shares”, rebates and top ups? The Singapore government had numerous schemes, not just to appease (without really helping) the poor but also to humour the rest of the population. Schemes like PG (elderly), CHAS (mid-low income), PIC (businesses), Skills Future (mid-career folks) etc have provided people from all walks with different levels of temporary satisfaction. Of course, none of these goodies are given free of charge. Nobody’s life actually improves after receiving these gifts. Bosses who received PIC grants realised that they helped the competition more than it helped them. The government then bills the people for these goodies in ways which seem totally invisible to a certain segment of the population.

Except for assistance schemes like BRIM which is targeted only at the poorest in Malaysia, the previous Malaysian government was unable to dangle as many goodies before the general electorate. Had they been able to do that, PH would have had a much harder time winning the elections. Suffice to say that the feel good factor in Malaysia was considerable lower than that in Singapore before any election.

4. The ruling party has its tentacles in almost every aspect of our lives.
That’s what makes it so difficult to shake off, unlike the BN. As our elected opposition MPs have revealed, the constituency does not completely come under their purview because the PAP candidate who has lost the election still hangs around and gets invited to functions. In fact, they may be able to do more than the incumbent – with taxpayers’ money. WP’s Sylvia Lim once complained that residents were “warned by the PA” not to invite WP Members of Parliament (MPs) to premises under the supposedly “non-partisan” People’s Association during events or risk not getting an approval in future. WP chief Low Thia Khiang also said that temples are allowed to hold activities only if they have a supporting letter from the PAP controlled grassroots organisations, and not from him as the MP. There is a real possibility that even if this coalition led by Dr Tan wins the election, their hands may be tied. This will make a change of government meaningless in Singapore. I can foresee that even if they get kicked out of the government, they will still be in charge of a lot of things. 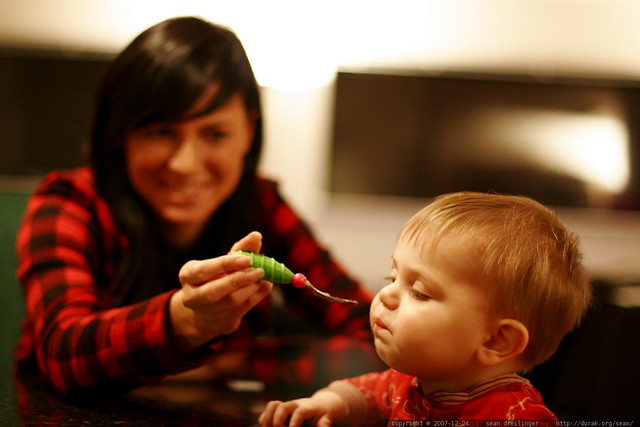 5. The people
And this is probably the strongest factor determining whether the same electoral upset can happen in Singapore. Though Singaporeans and Malaysians are culturally very similar, they do not behave the same way within the community and at the polls. Let me list some of the differences.

• Malaysians were desperate for change. Most Singaporeans (at least 70%) are still very comfortable. Why rock the boat?

• Malaysians have always been on their own. They have never been spoon-fed or pampered by their leaders the way that Singaporeans have been pampered and spoon-fed. When a Singaporean complains, he is merely dissatisfied with the service he is getting and not thinking of overthrowing his government even though he may threaten to vote for the opposition.

• Malaysians were angry with BN, not with trains breaking down or increases in car park rates, water, gas and electricity tariffs, but with the way the leaders have seriously mismanaged the country and even stolen money from the people. Najib and his men did not deal with the issues but tried to create lies and distractions instead. In contrast, Singapore’s leaders have been tackling some of the issues, albeit not very competently. Alleged cronyism and nepotism are not issues that perturb the average Singaporean as much as things may appear on social media. As one politician put it, it’s just kpkb – petty grouses and hot air.

• Malaysian problems are deep-seated and devastating. The fact that many of them have moved to Singapore shows that our system is way better. Understandably, they wanted a change of government and they saw hope in PH. What about us? Frankly, Singaporeans (including former Malaysians and other naturalised foreigners) just want the trains to run smoothly, the rubbish to be cleared, the water and power supply to run uninterrupted and their jobs to be secure. Being the spoon-fed kids they are, Singaporeans will complain about “little” things like too many generals in charge, property prices, cost of living, CPF etc. Why? because they believe that by throwing tantrums, the government will do something to coddle them as they almost certainly will. These kids do not believe for one moment that a change of government will solve these problems as opposition members talk about compassion, equality, democracy, freedom and other ideals. None of them had given any evidence that they will pamper and coddle those who are still kids at heart. Which brings us to the next point.

• Most Singaporeans do not react to the injustice and lack of fair play in Point 4 with disgust. Instead, they may ask “who ask you vote for opposition?”. When a bully emerges in the neighbourhood, they don’t fight to remove the bully. They join him and kneel at his feet to pick up the scraps and crumbs. 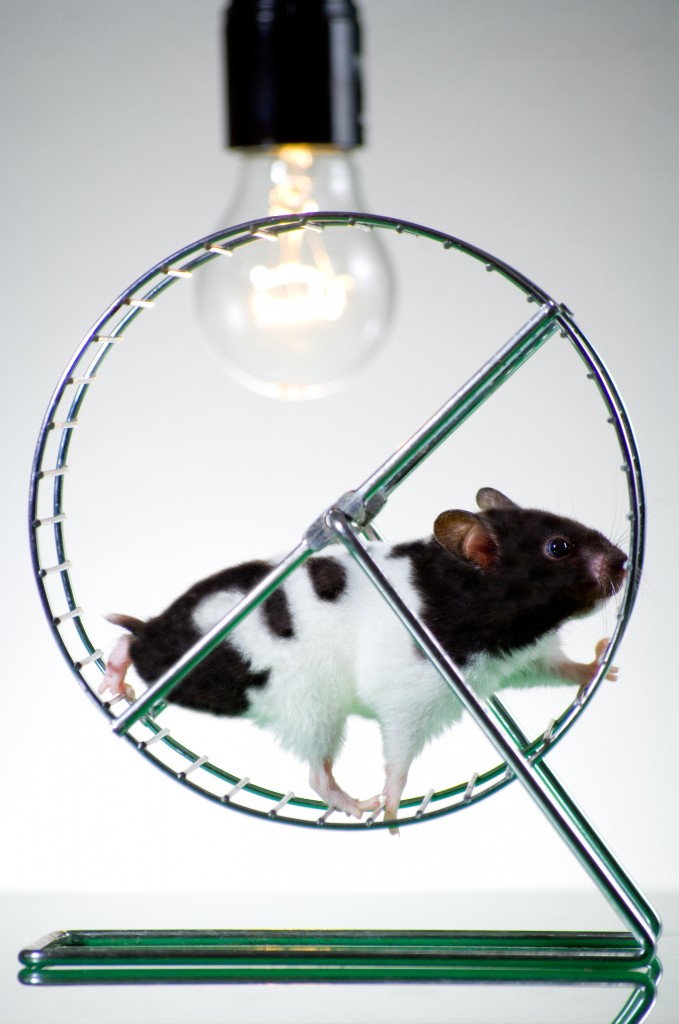 • It’s a fact that this government is already doing a pretty decent job as far as this region is concerned. Even if the opposition takes over, things are unlikely to get very much better and they are likely to have teething problems to contend with. Is it worth it? Most Singaporeans will think not. Those who do think have their principles and ideals about what’s right and what’s wrong. They want more political freedom, more social conscience, more public discourse, discussion and exchange of ideas. All this may not add to the GDP or the value of people’s assets, but it will certainly halt our regression into unfeeling, unthinking digitised beings. But so what? Do people even care?