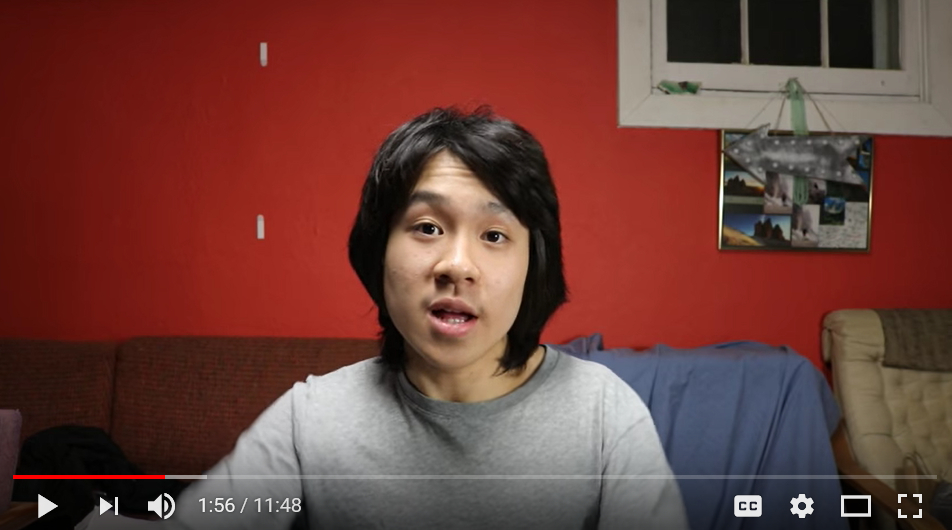 I was one of those who sympathised with Amos Yee when he was taken to task for “insulting Christians” in that first video that brought him worldwide fame. I was also happy for him when he was granted political asylum in the US. It does not mean that I agree with what he said in his half-baked, vulgar, obnoxious videos, but it’s heartening to see that his political views are not punishable in another realm.

Of course, I don’t really like the guy either. None of my posts on Amos Yee is particularly flattering. In fact, I’ve written an open letter to Amos Yee just after his release from prison in America. I had hoped that he would grow up, wise up and start a new life in America. At the same time, I wasn’t very hopeful. Apart from being immature, Amos Yee is also a narcissistic and self-absorbed little scoundrel. Melissa Chen should have known that.

I’m not sure if Miss Chen’s advice for Amos Yee were anything like mine, but if I were reading this open letter to him face to face, I’m pretty sure I would get a middle finger and a splash of expletives. What was Miss Chen expecting from someone like Amos Yee? Friendship? Gratitude? Why was she surprised that he cut all ties with her after making use of her?

Amos Yee’s support for paedophilia surfaced probably about a year ago. In a very unusual expletive-free video, the attention-seeker tried to stir the hornet’s nest and milk it for millions of YouTube views (and dollars). Whether he is actually a paedophile I can’t tell, but this guy has had every intention to thrive on controversy since he made that video celebrating someone’s death. I had hoped against hope that he would take a different path and begin a new life in America, but not surprisingly, he went on pushing his luck, apparently unmindful of consequences and expecting people to come to his aid (again) when he gets into trouble.

I have to admit that I didn’t expect paedophilia to be his next pet topic with which to sustain the interest of his followers. Being the responsible and civic-minded person that Melissa Chen is, she now cannot forgive herself for fighting tooth and nail for this monster’s freedom. She even volunteers to escort him to prison in Singapore! Can you hear the roaring laughter from supporters of the authoritarian state?

It’s important to note that towards the end of the video, Melissa Chen does not regret condemning the way Amos Yee was treated as a 16-year-old. She only regretted helping the him gain a foothold in American society, where he revealed his true colours, pushed his luck with past the borders of decency and morality, thus endangering the children there.

Perhaps Miss Chen was “self-righteous” – the way someone put it. Perhaps she was naive about Amos Yee like what I thought. There is no reason to laugh at her. She did what she thought was right at that point in time, without the benefit of a crystal ball. She has reacted too emotionally to her disappointment. Regardless of his evil ways, I would put Amos Yee safely in an institution and have him undergo therapy. He’s only 20 and there’s still hope that he may change.

Finally, we come back to the home of the “mutant” where supporters of authoritarianism have been celebrating their victory over the “gullible” liberals. They seize every opportunity to simplify matters in order to pass summary judgements. But how unacceptable is it to give others some benefit of the doubt? Of course, we can make mistakes in our judgement and end up freeing the guilty. But even more horribly, we can also make mistakes locking up the innocent. So which mistake would we rather make? The shocking answer shows that ours is a society so horrified by the prospect of letting the guilty walk free that we have lost our compassion for people unfortunate enough to end up in the dock. Like Cao Cao, we would rather sacrifice 100 innocent people than to let one guilty person escape. This 4-year-old saga may not have the happy ending that liberals had hoped for, but that does not mean that we should see every rebel or activist as another Amos Yee.