Land Of The Free 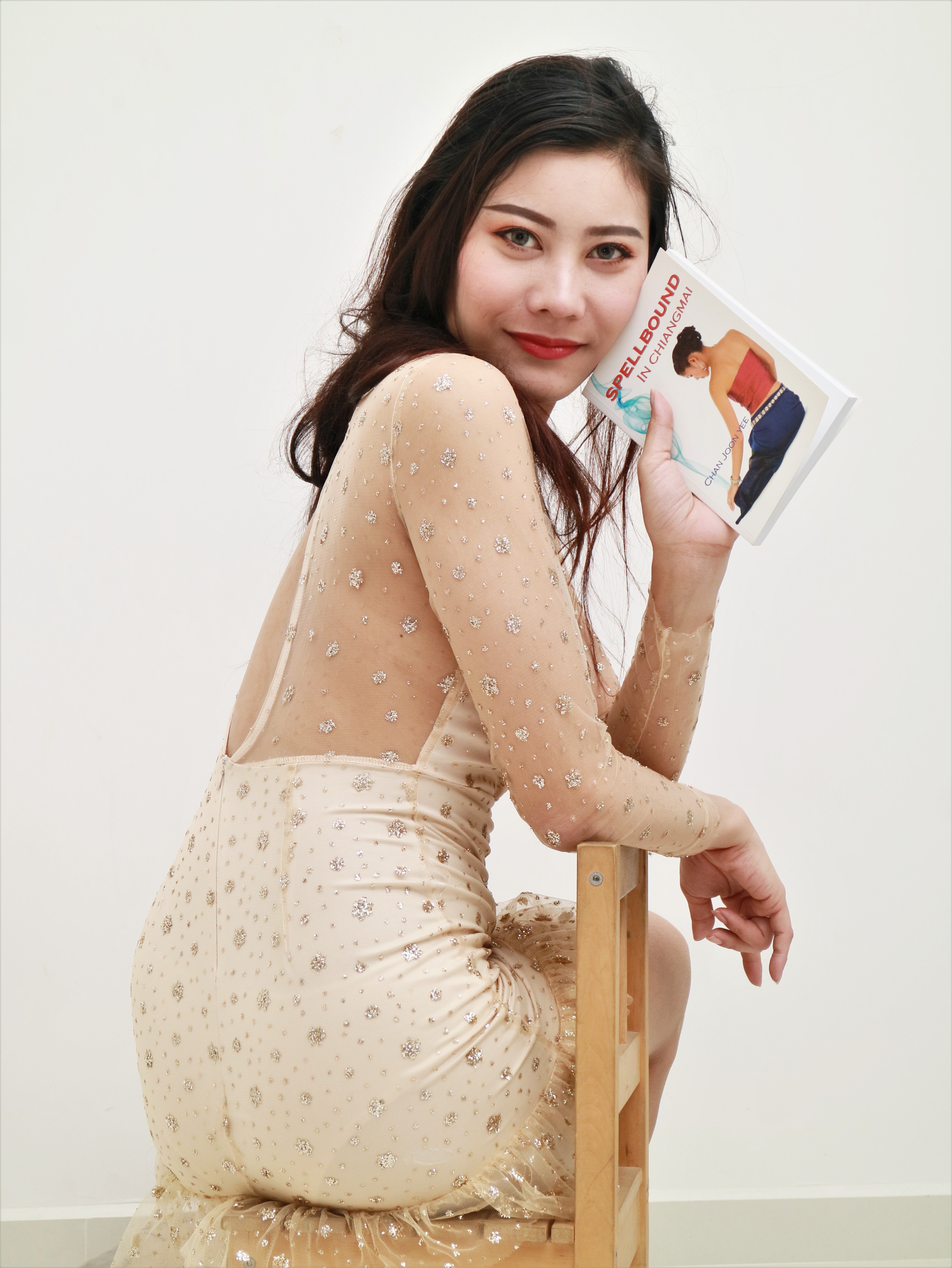 I used to know almost every nook and cranny in the city of Chiangmai. I was practically living there 25-28 years ago. It was a quaint, charming city with an exotic culture and food with so much character that you can easily become addicted. Equally charming and addictive were the smiles of the people, their generosity and their easygoing nature.

But beneath the veneer of this charming city (which is still very charming in a superficial way) are issues and problems which I seldom encountered back home. Back in those days, every few months or so, I would meet a Singaporean (usually male) who was so infatuated with this place that he regarded it as paradise. They do end up differently. Some lost all their money, some had spouses or girlfriend cheating on them in the most outrageous ways and just one or two settled down happily. It was a disturbing experience for me, especially when those who have been foolish blamed their irrational decisions on black magic.

Spellbound in Chiangmai is a book that I had to write to “get over it”. In the early days when I was telling these stories and venting my frustration with “Thai mentality”, I would post anecdotes on usenet. The response from both Thais and Farangs was most interesting. The fact that I’m Singaporean was not lost on them. Many of the apologists attacked me with their own personal perception of what a police state Singapore is.

It is difficult to get them to see a more moderate and accurate picture of what Singapore is really like, but if you were a social misfit or a vagabond who is temporarily aimless, then Thailand is certainly a lot more accommodating than Singapore.

Interestingly, few of the expats I have debated with were really interested in or knowledgeable about Thai politics. Their views were often the simplistic “official” view – corrupt politicians who were responsible for every single problem in the country, powerful soldiers who were occasionally needed to remove the corrupt politicians from power and a benevolent monarch who gave everyone hope and pride.

This narrative is also adopted by many Farangs who were constantly ranting on usenet, blaming the corrupt government on the poverty of their chosen individual or family. I was one of the few who saw mentality (due largely to their public “education”) and “inactivity” as the main issue leading to poverty and difficulty; much to the chagrin of apologists who tried to win their argument by calling me a racist.

But to be fair, the playing field for Thai politicians was never as uneven as it was or is in Singapore or almost anywhere else in Southeast Asia, except perhaps for the Philippines. Thailand was the poster boy for Democracy and free.fair elections in Southeast Asia. To that extent, we could call Thailand Land of the Free. Not anymore.

Thais go to the polls on 24th March 2019. It may seem like a return to Democracy after the military coup of 2014. The king has taken possession of the parliament building without giving (and with no need to give) any reason. The incumbent military government claims that it is building a new parliament building, but I believe the first brick is yet to be laid. The socking fact is that MPs elected in this latest round of elections will have no place to meet. It sounds a bit like the void deck trick, doesn’t it? Except that the Thais had taken it one step further.

While it was in power, the junta managed to push through a constitution (by barring those who oppose it from the referendum) that grants it powers to quash “any act which undermines public peace and order or national security, the monarchy, national economic or the administration of state affairs”. A few journalists and social commentators had already been locked up under this new law. And if they were unhappy with the election results, they can practically do anything to legitimately seize power.

The new constitution allows the military to appoint 250 members of the upper house and the prime minister does not have to be an elected MP. He will then be given the authority to impose a 20-year plan which all future governments have to stick with. That sounds awfully like some “election” that took place in Singapore recently. Did they learn from us?

On social media, campaigning is restricted to the candidates’ biographies. Any discussion on the regime’s failings or criticism of the military is banned. The Election Commission has been given the authority to disqualify any candidate for flouting these regulations. Earlier on, Princess Ubolratana, who ran under the pro-Thaksin Thai Raksa Chart Party, was disqualified from running. The palace issued a statement reiterating that the royal family must be above politics. An interesting declaration to say the least.

What followed was a devastating blow to the opposition. The Thai Raksa Chart Party was disqualified. Its members were banned from politics for 10 years. Following the usual protocol, the process should have taken months, but the Election Commission made it happen before the elections. How’s that for efficiency out of necessity?

I’m proud to say that I’m one of those who have proven time and again over the years that even the Thai experts were wrong by repeatedly saying that Thaksin is not done yet. Calling him populist is rather simplistic. He did have a plan going forward and thus he represented hope for a modern Thailand that gives the common people a chance to prosper without depending on Farang aid.

And in case you have not read my previous postings, I state categorically that Thaksin is no saint, but he is the lesser of two (or more) evils. Unfortunately for Khun Thaksin, the generals have figured out what makes him popular. Just as certain governments steal their opponents’ schemes and call them their own, the Palang Pracharat Party (an extension of the military junta) has started giving out food vouchers to farmers who have been hit by low crop prices.

Reports on the ground reveal that this military proxy has been gaining ground among farmers. What is Thaksin to do when they are beating him at his own game? If only the farmers can understand that while Thaksin can improve the lives of those in rural Thailand through various schemes (some successful, some not so), the army can only give out food vouchers and then neglect them after election to serve their real bosses. Sadly, I doubt the farmers are going to see that coming when they cast their votes.

Sudarat Keyuraphan is now the front-runner in the Thaksin camp and her popularity appears to fall below that of Yingluck Shinawatra. The existing Pheu Thai Party will struggle to win 376 seats needed to form the government.

I’m certainly not optimistic about the restoration of Democracy in Thailand after tomorrow’s elections. The military has its own agenda and just like the elite, a well-educated, thinking electorate is not helpful to their continued dominance in society. If you think that gerrymandering in Singapore is bad, take a look at Thailand now. I used to be so envious of political freedom in the kingdom. But the military and their cronies, who were always working behind the scenes, have now come out into the open to rule with an iron fist. Those who don’t see a problem with a military dictatorship and the elite running the show will soon realise that folks in the countryside are waking up and they will not accept the yawning rich-poor gap for very long.

Since the 2006 coup that ousted Thaksin, my plans to retire there had been put on hold. With the last military coup in 2014, I have sold my property in Chiangmai and chances of moving there have been further diminished. I don’t see a bright future for myself or my children.

The Thai word “raksa” means to heal. But given the situation now, healing may not be enough. Thailand may need to be reincarnated.