What Do intellectuals Do? 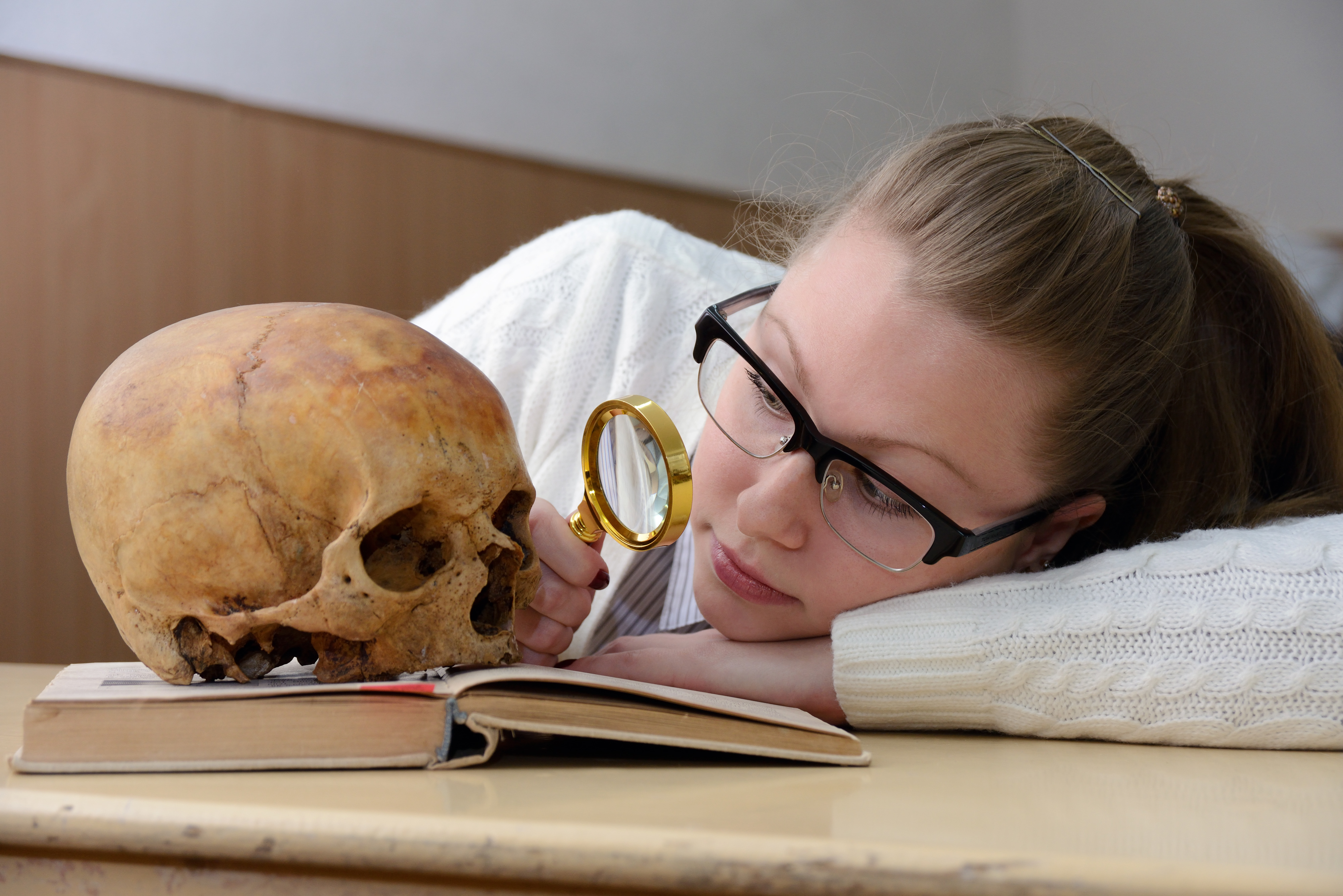 What do academics and intellectuals actually do? This is a question that has bothered me for ages, from the time I started attending lectures to pass exams until now when I still need to attend lectures to earn continuing education points. While most of the lectures are almost equally boring, their usefulness vary very widely. The lectures that have anything to do with real life are often delivered by unpretentious practitioners on the ground. Those delivered by decorated academics and intellectuals are often a waste of time.

The massive protests and violent clashes on the streets of HK in the wake of the proposal of the new Extradition Bill got me anxiously searching for updates and reports. Having just returned from Bali, I was afraid of missing out on the action. Scouring through YouTube, I discovered many gems.

Back in the days when the Speak Mandarin Campaign was first launched, Cantonese, Hokkien, Teochew were relegated to the ranks of “dialects”. They were banned and the official narrative is that they are inferior to Mandarin and cannot express all the nuances of mighty Mandarin.

As a speaker of Cantonese and Hakka since young (I learned Hokkien in the army), I’m very glad that I did not lose my Cantonese in spite of all that repression. And if you pay attention to HK programmes, you’ll be impressed how witty and eloquent their intellectuals are and how robust the debate gets in HK, giving Cantonese the respect that it deserves.

Apple Daily news presenter Chip Tsao (real name Chou Kit 曹捷 pen/stage name To Kit 陶傑 ) is my favourite. I won’t share his “heavy” stuff, just the layman-friendly analyses and commentaries. The first video (above) has nothing to do with the Extradition Bills. It’s about Trunp’s trade war and China’s apparent “free trade” stance.

At that forum in Davos, many so-called experts saw Donald Trump as the enemy of free trade while Xi Jinping won praises for his speech which mentioned:

“Any attempt to cut off the flow of capital, technologies, products, industries and people between economies, and channel the waters in the ocean back into isolated lakes and creeks, is simply not possible.”

Does making a statement like that make you a champion of free trade? As Chip Tsao put it, what’s wrong with these experts? Try to buy a stake in China’s media industry and see if they really believe in free trade. Try to set up a company in competition with China’s state enterprises and see how many obstacles get thrown in your way. How can the experts be so dumb/blind? Chip is not the only one who thought so. Check out this CNA report.

Now for the Extradition Bill. Some speculated that it’s Beijing’s idea. Chip Tsao doesn’t think so. Why? Because Beijing’s leaders are not as stupid as Carrie Lam. First of all, it doesn’t solve the problem of extraditing suspects from Taiwan. Would Carrie Lam dare sign a document from the Republic of China? I’m not sure about criminals divulging sensitive information, but it really seems like Carrie Lam et al have dug their own graves, doing the wrong thing at the wrong time. The next video is a bit tongue-in-cheek. It refers to students in the march and educators expressing concern.

No politics in school? The authorities are concerned that students are getting involved in politics and they are trying to “discourage” them by stating that politics should not be brought into school. Chip likened this sort of participation to a form of CCA. And why not?

How did Singaporean academics/intellectuals respond when I shared this? Almost all of them think that HK is finished with troublemakers like this and he’s not the only one. One professor challenged Chip Tsao to say all this in Guangdong. Yao mo gao chor ah, dai lo? First of all, he was mocking the educators and the educational authorities in HK. Why should he bring this to the mainland? Why not bring all your criticism of Mahathir to Malaysia? Not that anything horrible will happen to you (as if Dr M could be bothered), but what’s the point?

Next, the revealing thing about such snappy comebacks, is that our academics and intellectuals often try to justify their apparent reticence by interpreting others’ courage as foolhardiness. Either they are reluctantly subservient or they are somehow sold on the official narrative that stability is sacred and any challenges to the system will be harmful. I’m inclined to believe that it’s the latter. But there’s one belief that these academics and intellectuals hold without a shadow of doubt. They definitely and adamantly believe that they are smarter than all of us, including the Cantonese-speaking intellectuals like Chip Tsao. The next one is also a bit funny.

Why does Carrie Lam refuse to scrap the bill? Is it because she senses sexual harassment and hence refuses to scrap the bill? This is undoubtedly a joke (and Hongkongers don’t need their government to tell them that it’s a joke) and something which distinguishes their intellectuals from ours is their sense of humour and ability to get down on the ground and simplify things for the masses. Apart from intellectual discourse, Chip Tsao has also dabbled with making erotic films. This would have been a “death sentence” to one’s career as a serious social commentator, but thank goodness this is HK.

Not surprisingly, many of our academics and intellectuals predict that Hong Kong is finished if dissidents are allowed a say. Sharing these videos earned me a torrent of “lectures”. One intellectual insisted that Cantonese culture/language are dead. One academic (who has no idea who Chip Tsao is) thinks he’s some comedian disguising as an expert. Why? Because experts much be serious, boring and difficult to understand? A few even suggest the use of force ala Tiananmen to restore sacred stability. Characters like Jin Yong, Ni Kuang, James Wong, Chua Lam are dismissed as “a dime a dozen” dirty old men.

For all the colloquialism or even vulgarity, the vigorous intellect of Hongkongers shines through the determined protests and their engaging speeches, whether on the streets or social media. They know they’re on a slippery slope and they would fight tooth and nail for a kind of social stability that works for millions of Hongkongers and not just the administrators.

Singapore is a society that simplistically judges the value of a person based on his/her credentials. Thus, our obsession with specialists and foreign professionals with fake degrees. Here are Chip Tsao’s credentials and guidance on Chinese literature. And here is his interview with Ni Kuang which I’ve translated almost completely. But I’m not here to defend this obsession but to demolish it.

Author Paul Theroux is a backpacking novelist, essayist and travel writer. He can afford to travel first class, but he chooses to squeeze with locals on smoky trains and eavesdrop on small talk at the marketplace. This would mean nothing to the average Singaporean and certainly, the academic/intellectual will scoff at his lifestyle. Likewise, when American experts and diplomats reported that everything was fine in Iran in the 1970s, Theroux warned of brewing unrest – to no avail. They didn’t take him seriously. It didn’t occur to them that Theroux saw Iran warts and all. The experts were thrown a red carpet. He’s just another “a dime a dozen” smelly, gloating backpacker. What does he know?

But would it surprise you that apart from the numerous international awards that he had won, Theroux has also been a lecturer at the English Department of the National University of Singapore for 3 years? His novel which led to the film Saint Jack, was banned in Singapore. He described Singapore as “that tyrannized humid island of sullen overachievers“. Not surprisingly, he didn’t last long.

Our academics/intellectuals are “concerned” about the situation in HK. Of course, they are not really concerned but merely making grim, cocksure predictions for people who refuse to obey. I think that Hongkong is bigger than that – a lot bigger. A little political earthquake will not destroy HK. I’m more worried about the future of peaceful, stable, boring and unhappening Singapore. In the eyes of our local experts, I’m just another ignorant, big-mouthed simpleton and they don’t hesitate to resort to such personal attacks to win a debate. Another reason to be worried for Singapore.