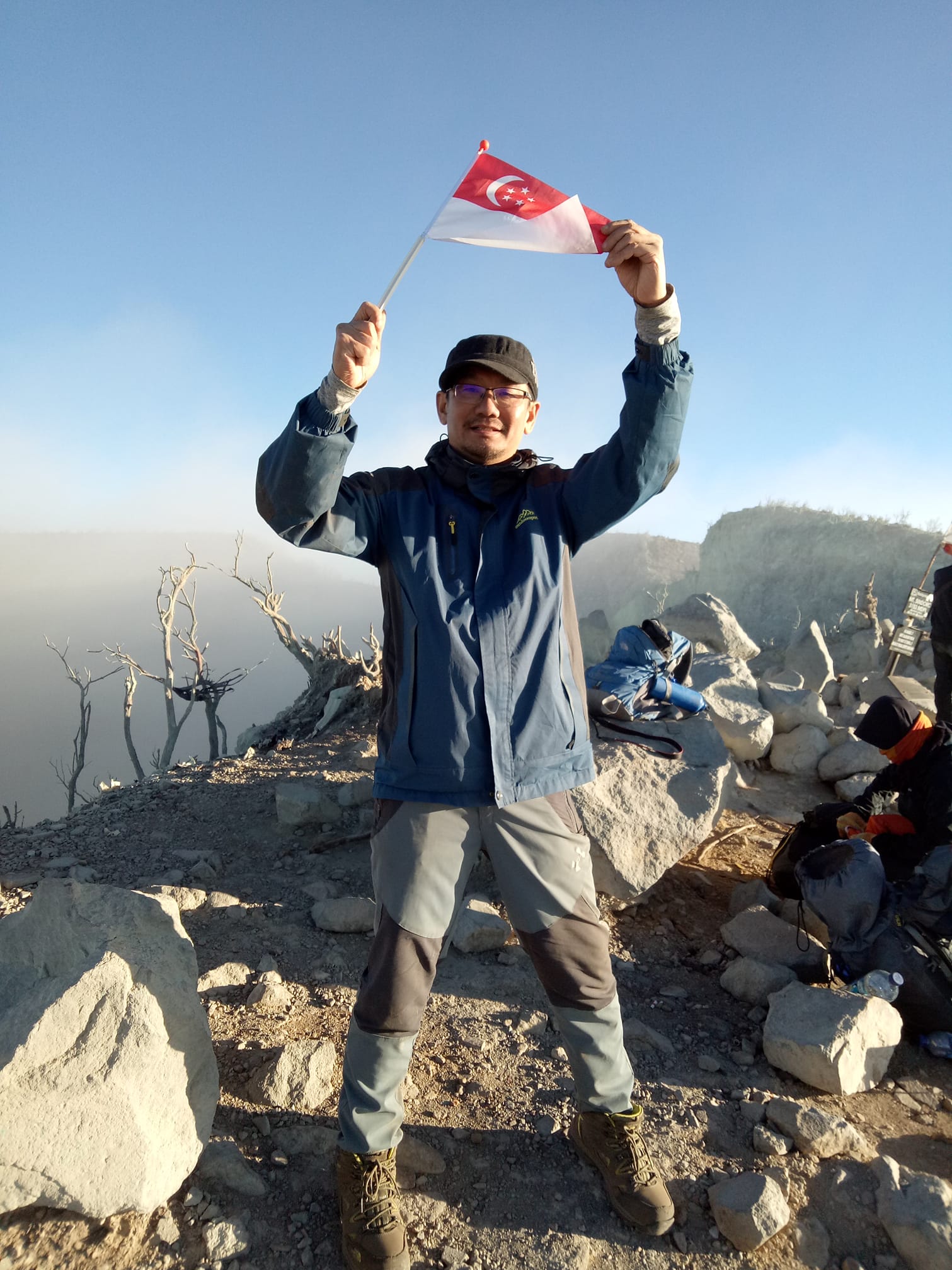 As the dust settles on GE2020, Singapore celebrates its 55th National Day. It’s a different sort of celebration for me, being unable to take on the role of National Day Pendaki.

This year’s actual National Day Parade (NDP) however, will still go on but it was split into morning and evening shows, with participant numbers drastically reduced in line with COVID-19 guidelines.

Fewer than 300 participants were involved in both segments of the show at the Padang. Also taking place at the same time were ceremonies at seven other locations around the island, each symbolising one aspect of the nation’s response to Covid-19. These included providing medical care at the National Centre for Infectious Diseases (NCID); supporting the workforce with skills and jobs at the Lifelong Learning Institute; keeping learning going for students at North Vista Secondary School; and sustaining our community spirit at Kampung Admiralty.

I heard some commotion and cheers as the mobile column passed my area. I did not go out to watch. Safe distancing.

Yes, all this cost a lot of money – money we can ill afford under current circumstances. While I do not agree with the expenditure, I can understand why a government – any government for that matter, would want to throw a big party to celebrate the country’s national day. It doesn’t matter if it gives us any bang for our buck in terms of cultivating nationalism. Cost ineffective as it is, it’s about the only thing that can be done to cheer for Singapore and keep people optimistic and united. It’s all about a rallying point. The dictionary defines “rallying point” as a place, event, or person that people are attracted to as a symbol of a political group or ideal. He or some symbol of event in history, could serve as a rallying point for unity and independence. I’ve already discussed how useful the National Day fun pack could serve as a rallying point in a YouTube video I made some time ago in response to Han Yong Mei’s article in Zaobao.

Take the example of the Greek soldier’s ceremonial fustanella. It is a skirt with 400 pleats (actually much fewer than that) or thereabouts and many foreigners are curious why such macho men would wear skirts in Greece. Well, each pleat of the skirt is supposed to represent one year of repressive Ottoman rule.

The skirt is a symbolic rallying point to remind Greeks of a common and painful history that they share. This obviously has more effect on school children than on working adults, but with the emotional cocktail of anger, humiliation and pride can to a certain extent, bind the people and give them a concept of nationhood. In the book Sapiens, author Yuval Noah Harari pointed to the importance “shared myths” because the concept of either a religious group or a nation does not exist in any concrete form.

The importance of shared myths is that they allow Sapiens to cooperate, organise at scale, and dominate the world. Without myths, there is no glue to bind Sapiens together. At an individual level, humans might be memory-makers, but as a species-level they are myth-makers.

Of course, Greece is a relatively mild example. There are other countries which exploit feelings of anger, hatred and humiliation of its people to a far greater extent than the Greek leaders.

Of course, these are negative feelings. But as long as it unites people and projects the image of a common enemy in their minds, who cares? Do positive feelings work? They sure do. Thailand uses a mixture of both. At the positive end, they boast that they have never been colonised by a foreign power. At the negative end, they blame their loss of territories in Laos and Cambodia on the French (which is fair) and sometimes, they insist that those territories are still theirs (not so fair). And when they look at the tons of gold at Shwedagon Pagoda, they can attribute their economic woes to the Burmese who carted off their gold from Ayutthaya.

Singapore has a slightly different approach. Although we talk about Japanese atrocities during WW2 once in a while, the emotion being exploited here is almost purely one of pride. It’s very safe that we make no mention of Konfrontasi. Separation from Malaysia is quite safe to talk about. Overall, it boils down to the first sentence of a National Day song:

“There was a time when people thought that Singapore won’t make it, but we did.”

We built a prosperous and progressive nation. Who can complain about that? And there lies my point of contention. Pride is a positive emotion. Carry it too far and it becomes arrogance. It’s good to be assiduous, but carry it too far and people can become greedy. When they have bought a small car, they want a bigger car. When they have one house, they want a bigger house and they are willing to give up their freedoms, ignore wrongdoing and “pragmatically” vote against their morals to achieve those goals.

Remember, the next line of the song says that we built a nation that is strong and free. We already have a roof over of heads. We already have enough to eat. We can even afford a few luxuries here and there. It’s time we focus less on getting richer and more on having a freer, kinder, more open and compassionate society.