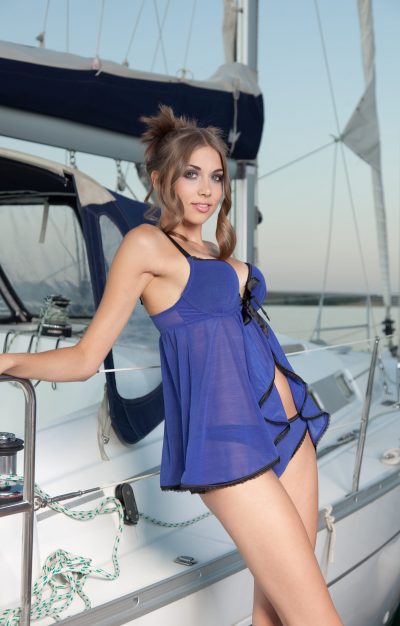 Last night, I had a dream. I dreamed that I was on a luxury cruise with a 美女。As we were boarding, we were stopped by a hard-nosed ticket inspector.

“All aboard the Love Boat. Tickets please. Did you give our company 5 stars on social media?”

“One of the seat cushions was torn the last time, so I gave you 4 stars.”

“What do you mean a free ride. I bought the ticket.”

“Yes, but the captain needs some assurance that you’ll be well-behaved and cooperative during the cruise. If you don’t show him full and complete support, he’ll think that you’re a free rider.”

“But I paid for our tickets!”

The cruise didn’t happen. Luckily, such stupid encounters only take place in guilt-ridden dreams. In reality, it’s the professional responsibility of the captain is to make sure that the crew performs its duty well and every passenger who has paid for his ticket has the right to insist on that. He can’t ram the boat into an iceberg just because he doesn’t like his passengers who had previously given him a bad review on social media. It’s the same if you’re a patient in a hospital. The doctor has no right to give you a lower standard of care (let alone abandon you) just because you prefer another doctor who is not available. We’ll all be in deep trouble if our captains and doctors act so unprofessionally.

Dr Jamus Lim gave an academic definition of a free rider, as an individual (or group) that reaps the benefits of the actions of others, without paying the cost (or underpaying for it). It is a form of market failure, and characterizes non-excludable goods (those whose use cannot be restricted). We don’t need to be economists to realise that this definition does not apply to our decent, contributing, hardworking residents of Hougang, Sengkang and Aljunied. They have all paid for their “tickets” and they have every right to be served as citizens of this country. There are many names in our Arts scene like Alfian Saat, Sonny Liew, Anthony Chen, Martyn See, Neo Swee Lin, Lim Kay Siew, Ivan Heng, Arvind Naidu, Craig Teo whose votes are hardly secret. Are they free riders when so many of them have done the country proud? What about the PLPs like Auntie Lucy and Xiaxue? Would free riders not be an issue if only supporters like them (obviously a different class from the earlier group) could be singled out to enjoy the benefit of having the most expensive government in the world?

Barring the exceptional cases of celebrities who had openly declared their support for incumbent or opposition, voting is by and large, secret. And the whole rationale of anonymous voting is to ensure that whoever gets elected treats all voters fairly. Voters can then vote without fear of “punishment” unfair treatment later on. These are the rules, the safeguards and the ethics of the whole electoral process. Even mediocre folks like me can understand that.

What if we could change the voting system? What if we make it open so that the candidates can tell who voted for them and who didn’t? I would worry for those in the opposition camp. If such things as “free rider” could be said of unknown non-supporters when the votes are secret, can you imagine what will be said and done if the individual’s vote is known?

We can’t just generalise that opposition voters want the best of both worlds. We can’t even generalise that they want a PAP government with checks and balances. By challenging them to vote out a government they don’t like, some of them may in fact have that intention. At any rate, regardless of the ideal situation of best of both worlds that some voters might want, nobody can control the threshold of this numbers game. As long as enough people vote against the government, they can be voted out and it wouldn’t be fair to call these brave souls free riders anymore.

Dr Lee Wei Ling recently had a little accident in which she fractured her femur. She applauded the competence and efficiency of the staff at SGH. She was thankful to the police for finding her when she was injured and unable to move.

As you can see from her posting, Dr Lee was extremely grateful. But no, she didn’t thank the government. She didn’t thank her brother without of whom she would have been rescued and been well-treated anyway. Why do people who are not directly supervising the doctors and police claiming credit and calling non-supporters “free riders”? Why was minister Ng Chee Meng’s face on every upgrading poster at Punggol? Was he personally responsible for a new bus route, a new sheltered walkway and an upgraded playground? Without Mr Ng at Punggol, it would just be another face from the current team on the next upgrading poster while the folks actually responsible for the plans and the work get on with things.

To whom does the term “free rider” more aptly apply? I think we know better.

Months before this, I had a debate with a pathetic academic about whether public transport could the weakest link in our fight to prevent the spread of Covid-19. He kept insisting that there was hitherto no evidence of clusters that had developed from exposure on public transport. But are we really speculating that commuting on public transport is risky when it has already been proven that the infection spreads rapidly within crowded and enclosed spaces?

The pathetic academic plucked criteria like prolonged exposure and other wild speculations to support his indefensible stand, but what strikes me about this debate is that he was not interested in protecting people and advocating higher frequency and safer distancing on public transport ala Phase 1. Probably as part of a Freudian slip, he mentioned if a perceived risk could justify the cost.

To me, it’s very much a proven risk. It could be a conference room in a hotel, a church or the interior of a plane. A bus or a train really make no practical difference. The only difference is that it’s harder to trace and pinpoint the spreaders as seats are often unmarked and people sitting or standing next to one another are often strangers.

So why was our pathetic academic making himself look so silly (I won’t post our exchange as it may create a public outcry and cost him his job) in his relentless effort to refute my arguments? A matter of personal pride and ego? I certainly hope so and it’s not that he really thinks that way.

Then we have another crying minister in the form of Ms Josephine Teo. Frankly, it all seems like a diversionary move to avoid answering the hard questions. What are the numbers? Why no quota?

“Please know that you too are always in our hearts. However long this storm lasts, [the Ministry of Manpower] will walk the journey together with you. However tough it may be, we will help you bounce back,” she said.

“Our mission is to help each one of you emerge stronger, by never giving up hope and by working with employers in Singapore to treat you fairly, to make your hard work bear fruit. Our work is not yet done,” she added.

I have no dealings with the MOM in this pandemic, but something tells me that this woman has been giving our employers a lot to cry about too. Then, there’s this debate about original citizens and new citizens. Ms Josephine Teo made a very good point indeed.

Citizens must be treated equally. How can we deprive our new citizens the privilege of serving NS? But seriously, our parents and grandparents took up citizenship in this country when it was still struggling to survive. This country was built on their blood, sweat and tears. We are their legitimate heirs. What do you call foreigners who can just drop in and help themselves to the fruits of our forefathers’ toil and sacrifice? Free riders.