She Could Have Been Jailed 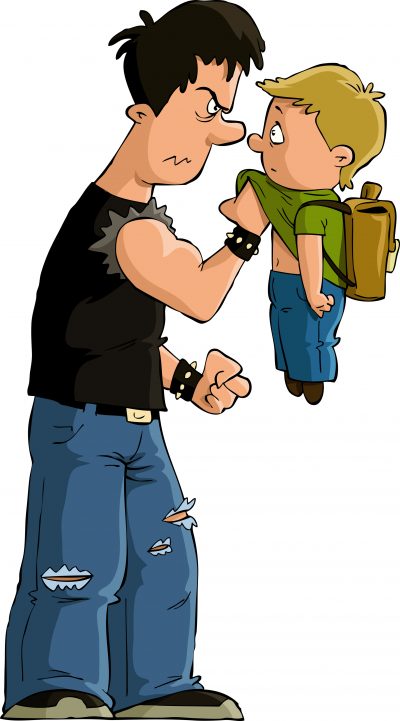 The unsuspecting former Indonesian FDW Ms Parti Liyani, 44, was arrested at Changi Airport on Dec 2 2016 when she returned to Singapore. Her former employer had accused her of stealing items worth more than S$50,000. The “victim” was the illustrious Professor Liew Mun Leong and three of his family members; his son and daughter-in-law, Mr Karl Liew and Ms Heather Lim Mei Ern, and his daughter, Ms Liew Cheng May.

Prof Liew was the founding Group President and CEO of CapitaLand Limited. He is currently the Chairman of Surbana Jurong Private Limited.  Prof Liew sits on the boards of Singapore Exchange, Singapore-China Foundation Ltd and the Chinese Development Assistance Council. He also chairs the Board of Temasek Foundation Nurtures CLG Ltd, the Management Advisory Board of NUS Business School and the NUS School of Continuing and Lifelong Education (SCALE) Industry Advisory Board. He is a Senior International Advisor of Temasek. Prof Liew is the Provost’s Chair Professor (Practice) (on pro bono) at NUS Business School, NUS Faculty of Engineering and the Lee Kuan Yew School of Public Policy.  He is also the Rector of NUS Ridge View Residential College. He was elected the President of International Organisation for Standardisation (ISO) for the term 1997 to 1998. Yes, it’s a huge chunk that is difficult to ignore.

Back to the case, the alleged theft was said to have taken place on 28 Oct 2016. Ms Parti who had served the household for 9 years, was fired immediately given two hours to pack before being sent back to Indonesia. She packed her stuff into 3 jumbo boxes but had to leave without them, asking the Liew family to ship them to her later. The family inspected the contents of the boxes. The items which Prof Liew’s family claimed that Ms Parti stole include:

The case only went on trial in April 2018. Ms Parti was fortunate to be offered bail which was secured by Humanitarian Organisation for Migration Economics. They also found a lawyer willing to represent her pro bono but on 25 March 2016, she was found guilty and sentenced to 26 months jail.

Seems like a simple, straightforward case? Nobody took particular notice of this case, me included. But not long after her sentencing, alternative media (often discredited by PLPs and pathetic academics) had highlighted some questionable issues in the trial over which judge Olivia Low presided.

The Online Citizen noted that under the intense cross-examination by the defence lawyer, Anil N Balachandani of I.R.B Law LLP, ASP Tang revealed a couple of troubling facts of the case.

It was revealed that investigating officer ASP Tang did not verify the contents of the police report filed on 30 Oct before he filed the warrant of arrest for Ms Parti on 31 Oct 2016.

He did not make any attempt to check with the police officer who took Mr Liew’s statement and he did not drop in to the house till 3 Dec 2016.

After much probing, ASP Tang noted that the police did not secure the boxes and Mr Karl Liew relocated the items from 49 Chancery Lane to 39 Chancery Lane where he is staying.

ASP Tan had only taken photographs of the alleged stolen items and did not seize them as evidence of the offence. He said that he allowed Mr Liew’s family to hold on to the items as he did not want to deprive them of the items.

Ms Parti appealed against the conviction. It was not till 4 September 2020, almost 4 long years after she was first arrested that she was finally acquitted with her conviction overturned by High Court judge Chan Seng Onn. Justice Chan first examined the undisputed fact that Parti had been instructed to perform household chores at the home of Prof Liew’s son, Karl Liew. For that, she was only paid $20 per session. She had also been told to clean Karl’s office.

This formed the factual basis for Parti’s defence in relation to the
complainants’ motive behind framing her: in essence, the Liew family brought the present allegations against her in order to prevent her from returning to Singapore and lodging a complaint to MOM. A foreign domestic worker should perform only household and domestic duties at the residential address stated in the work permit or any other residential address approved in writing by the Controller.

When she was terminated at short notice, Parti was angry and expressed her intention to complain to MOM.

When I read through Justice Chan’s judgement, I found many mind-boggling points of concern. Parti had testified that the DVD player was meant to be thrown away or given to a karang guni man. It was not working. The Liews insisted that it was working and they used it to play a hard disk during the trial when it actually failed to read any DVDs.

The trial judge also preferred Mr Liew’s evidence over Parti’s. The basis for the conviction was that she did not accept that Parti was able to chance across two Longchamp bags of the same style as the bags used by Mr Liew that had been discarded by his neighbours. Justice Chan noticed that the trial judge failed to take into account, the fact that Parti was also carrying one of the bags in the presence of the family members on the day she was terminated.

As for the items of clothing, wallets etc found in one of the boxes, Karl Liew insisted that they belonged to him or were gifted to him. Karl did not even realise that they were women’s clothes and wallets until the items were presented to him in court. At one instance, he even claimed that he occasionally wore women’s shirts! The bedsheet and quilt which he claimed to be worth $500 and bought in the UK were actually labelled Ikea and bought in Singapore. The value was only $49 and Karl’s wife Heather testified that she had never seen that bedsheet before. Karl was also unable to provide details of kitchen utensils which he claimed to have brought back from the UK after he returned from his studies in 2002. Parti testified that she bought them herself and provided details which were mostly accurate. One of the items was a pink ceramic knife which could not have been bought before 2002.

Finally, the Helix Watch, the damaged Gerald Genta watch and two white iPhone 4 hand phones with accessories. Parti’s defence for these items were similar: (a) she found the Helix watch in Karl’s rubbish bin when he was moving out of the house for renovations in 2009; and (b) she found the Gerald Genta watch and the two iPhone 4 with accessories in the trash bags placed outside of the Liews’ residence. The watch was without a strap and button. The phones were not working. They were items meant to be discarded and Parti had merely picked them up. Karl insisted that he did not discard any of those items even though the common factor is that they were all not working. Believing in Karl’s testimony would suggest that Parti had a preference for such items. While the trial judge did cast doubt and removed the items from consideration, she did not discount Karl’s credibility as a witness and convicted Parti anyway.

Another person to take the stand was Ms Liew (Prof Liew’s daughter, known as “May” in court documents) who claimed that Parti had stolen her Vacheron Constantin watch and a white coloured Swatch watch with orange coloured design. May’s evidence is that she purchased the Vacheron Constantin watch in Shanghai in the early 2000s. In her defence, Parti said that she had retrieved the watches from May’s rubbish bin. Expert evidence revealed that the two watches were knock offs. The defence submitted that it was totally plausible that an affluent investment banker like May could have discarded the counterfeit watches without much consideration just as she could have discarded the jewellery. May claimed to have bought the jewellery in 2004 and successfully “identified” every item as hers at the police station in 2017. Most of the items were of low value and Parti could quote the price of some of the pieces which she bought at Lucky Plaza.

Perhaps the most important point that Justice Chan highlighted, was the fact that two of the three boxes were not sealed before Parti left for the airport. She asked for the boxes to be shipped to her in Indonesia and trusted that her ex-employers who are among the elite in Singapore society, would not resort to dirty tricks to incriminate her. Objectively, Justice Chan saw a high chance of “evidence contamination”.

Laymen like us may not be qualified to judge the trial judge, but if Parti could be found guilty in spite of all these proceedings, what about commoners like us? Are you not concerned? Do you still think that human rights are not important because they can’t be eaten? What if it’s you in Parti’s shoes, standing accused by folks as illustrious as the Liews? Parti was just a step away from being jailed for a crime she did not commit, saved by the skin of her teeth.

On the night after her acquittal, Ms Parti said: “I forgive my employer. I just wish to tell them not to do the same thing to other workers, what they have done (to me).” It was a shameful day for Singapore. Imagine what would have happened to Parti if not for Mr Anil and Justice Chan. In the meantime, our righteous netizens are calling out for further investigation. The biggest hero in this saga, is of course Mr Anil. He fought for her in the trial. Even when his client was convicted, his sense of justice prevailed and he fought on – without payment. Sadly, we have a lot more folks who pretend not to see glaring infractions in order to stay out of trouble and quietly prosper.