Looking Back In Pandemic Wonder 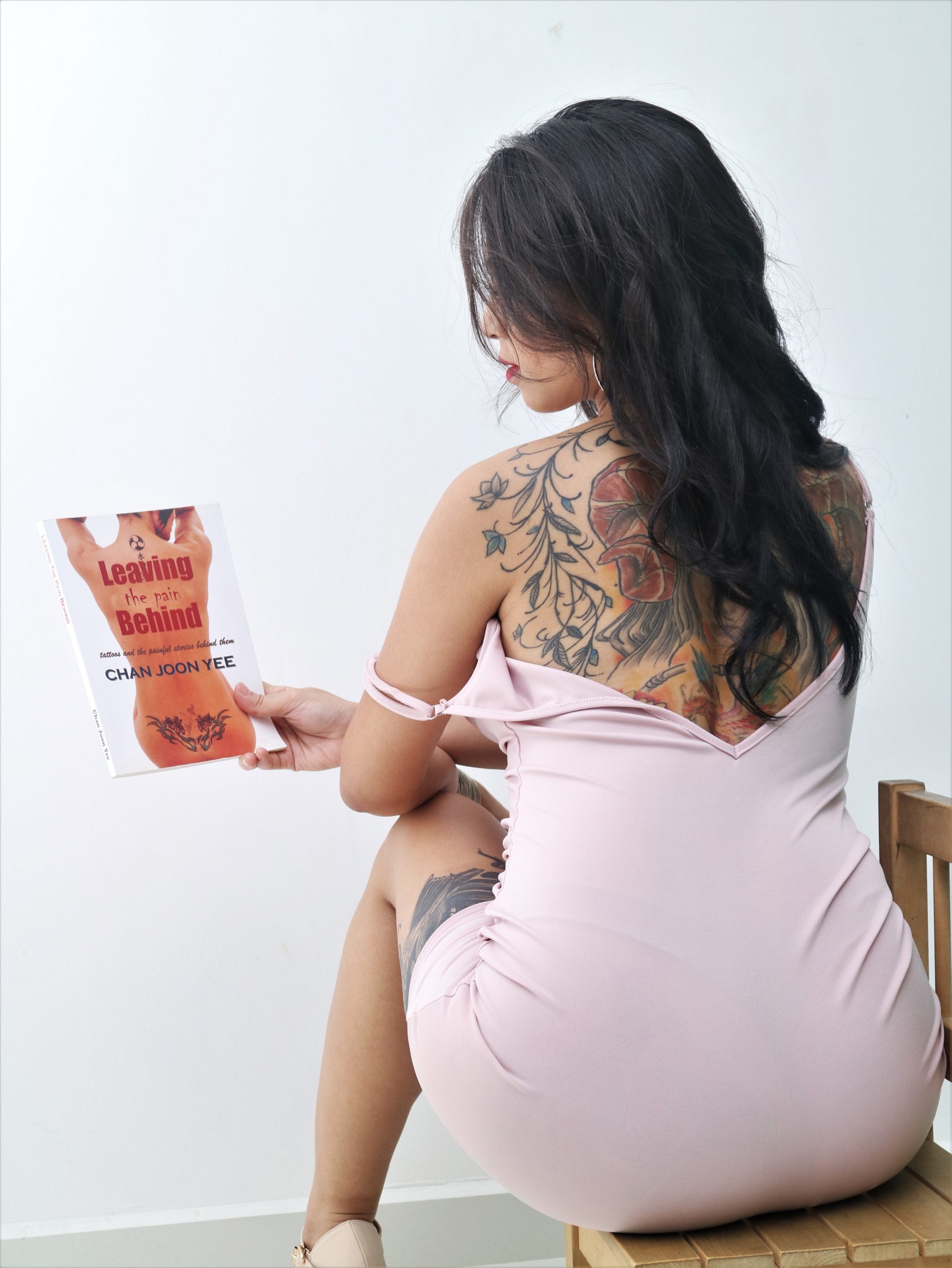 It is that time of the year again; to look back in wonder. How did we survive 2020? A pandemic swept across the globe, triggering panic and lockdowns. Our circuit breaker killed many jobs and businesses. Even with gradual opening into Phase 3 now, recovery has been slow. Covid-19 has been devastating and it completely changed our way of life. With the airport and Causeway shut down, many of our favourite pastimes and activities are now beyond our reach. It’s been a while since I’ve heard the term annus horribilis, but, calling 2020 that is certainly no exaggeration.

It’s a year of death, sickness and suffering. Just a little over a century after WW1 and the Spanish Flu, 70 million people on earth have been diagnosed with Covid-19 in 2020 so far. It’s estimated that the actual number could be as high as 500 million, with most of them undiagnosed. The death toll could be as high as 2 million with many cremated or buried without being tested and many more suffering unknowingly.

When the numbers first rolled out, many of us developed a phobia for crowded places and thus Covid-19 reopened the debate on population and it’s forcing our leaders and planners to reconsider plans to further inflate the population through immigration. With almost all of us stranded here on this tiny island, clearing our annual leave but unable to travel for holidays, we have seen the irony of unprecedented crowds at the airport which is only functioning at a fraction of its capacity. We are also barely scratching the surface of Phase 3 and the crowds at Orchard Road are already getting unmanageable. Neighbourhood malls are bursting at the seams. Meanwhile, that frightening word DORSCON is conveniently forgotten. It’s more than a little obvious that considering the inherent squeeze on this little red dot and without people travelling out for work and leisure, our little island is horribly overcrowded and extremely vulnerable to pandemics.

The Covid-19 pandemic also brought drastic and sometimes repulsive changes which many of us have been forced to embrace. For me, I have endured two months with hardly any income and many lean months followed after that. My income for 2020 is so miserable that I may be giving up one of my insurance policies. My friend Alex, a tour guide, has been forced to switch line to become a security guard, also taking a massive pay cut in the process. Haters and moronic moralists who think that I’m not respecting his privacy may want to know that Alex is also a writer and he has already gone public with his predicament.

We are not alone. Shops have closed down and an unexpected group of people have suffered – the landlords. While many investors have been reaping huge returns from REITS, the smaller landlords are not super rich tycoons but retired folks depending on the collection of rental and dividends to sustain comfortable living. How does a law that stops the landlord from evicting the tenant who has defaulted on rental benefit the landlord? Those who rent shops to operate their businesses do get some reprieve from government aid, but what about the landlords whose property tax rebates don’t even cover a month’s rental and they have to “share” this “benefit” with their tenants as well?

HBL or home-based learning has also become the norm these days. Those who defended the government’s reluctance to close schools had to eat their words. Circuit breaker or CB kicked in on 7 April 2020. All of a sudden, everything that was impossible became possible. Even PE lessons were held remotely. I’m not sure how effective those lessons have been but examinations were right on schedule.

Then, there’s the issue of masks. Those of you who have been following my blog and Facebook posts would know that I’ve been very proactive and insistent with masks as I saw the importance of wearing masks early in the pandemic. Why was there such a short supply early in the pandemic? Manufacturers claimed that “critical” materials were in short supply when it was only an excuse to hoard masks and send prices skyward. Such lame excuses only managed to convince a bunch of bungling bureaucrats and pathetic academics. Every component, every part of the mask can be synthetically made from scratch using widely available chemical compounds and recyclable materials. Even if surgical masks had to be reserved for frontline workers, there are many ways by which we could improvise.

Once so proud of conserving masks by discouraging the use of masks unless when unwell and even mobilising our NS boys to pack and ration masks instead of pushing for a production line like what Taiwan did, the wearing of masks is now mandatory all the way into Phase 3 even without any signs of community spread. All this makes the pathetic academics’ excuse that “the situation has changed” rather lame. Of course, the new excuse is that we don’t have enough sheep. Well, at least they learn their lesson. They just don’t want to look like they have made a mistake.

WFH or work from home has also become a norm these days. Many experts have written about why we shouldn’t work from home. The pandemic left us with no choice. The Economist newspaper reported that their pandemic issues were put together on kitchen tables. Is there a price to pay? You bet. And the scariest part is, many of us can see where all that increase in domestic conflicts and violence is coming from. Familiarity breeds contempt. The lack of personal spaces at home may lead to brewing tensions. Some people blame the mistakes they make at work on family members. Some cannot tolerate the slightest bit of sound from family members when they are working. For others, it could just be the pure annoyance of seeing one another too often.

Then in the midst of the pandemic, we held our GE2020. It didn’t cause a disaster, but many climbers soloed up vertical rockfaces without killing themselves either. It was risky and exploitative. Thankfully, it didn’t result in a clean sweep. Many people celebrated the “victory” of those in the minority who wouldn’t kiss Santa Claus’ toes. To me, the winning of Sengkang was merely a consolation prize. As usual, our Chinese newsPAPer interpreted the results as a sign of imprudence on the part of the electorate.

Sadly, the kiasu, kiasi and gian png folks at Sengkang lost their Santa Claus. To me, nothing has changed. We are still an authoritarian state and the majority still lick the toes of those who have the power to confiscate their toys or throw goodies at them.

On the bright side, lockdowns brought on blue skies in in normally hazy, industrialised cities all over the world. It was a reminder that climate change and environmental degradation are real and perhaps reversible if we could adopt low carbon or carbon neutral strategies while keeping our greed and obsession with GDP in check – just like in Bhutan. Covid-19 made many see what’s essential in life and what we can actually do without. Virtually imprisoned during CB, many workaholics I know told me that this episode made them realise that they had been neglecting their friends and loved ones not living with them. Sadly, with the end of CB, these folks went right back to their greedy, workaholic ways, completely abandoning their hard-earned enlightenment. It’s likely that many of the lessons learned will be forgotten once this pandemic ends.

On the dark side, the Covid-19 pandemic also brought out the worst in many people. Like foreign boxers who can be bribed to lose matches against kungfu masters, foreign scientists and administrators are also not immune to China’s soft power. Fortunately for those who need to repair their image and reputation, however, they have many loyal “volunteers”.

When the causative agent was first reported as the Wuhan virus, many sinophilic folks I know insisted that the virus was a myth and it was actually a Western conspiracy to put China down. When the virus proved deadly and was spreading to other countries including Singapore, it suddenly became real and the sinophilic folks changed the narrative, claiming that it’s an American invention to destroy China and prevent China from taking its “rightful” place as world leader. When America reported cases exceeding China’s, you see these folks deviously posting celebratory messages. They saw it as cocky Westerners getting a taste of their own medicine and getting what they deserved for daring to demand for transparency from celestial China early in the pandemic.

China is not the only country who appears to have managed to keep their cases down (at what cost in terms of human suffering, nobody knows). Taiwan and New Zealand will the first places I plan to travel to once we are allowed to do so. The sinophiles on the other hand, purport that the good numbers coming out from NZ and Taiwan (especially Taiwan) are all fake. Taiwan, regardless of whether it is considered a country, did not impose any lockdowns and its economy (plus population of only 23 million) was the least affected by international standards. Imagine how that could be faked if they actually had millions who were infected.

Then of course, there is this still ongoing argument that countries with freedom and democracy do badly in the pandemic. The conclusion drawn by the authoritarians is that freedom and human rights are bad. They conveniently forgot that the pandemic will not last forever. Will you be happy being permanently under an authoritarian regime that monitors and controls your every move from the day you were born till the day you are lowered into your coffin?

Finally, let’s take a look at the Covid-19 vaccine. Singapore has signed Advance Purchase Agreements with Moderna, Pfizer-BioNTech and Sinovac, and are in discussions with a few other pharmaceutical companies. Meanwhile, HSA has authorised the Pfizer-BioNTech COVID-19 vaccine for pandemic use in Singapore and the first batch of Pfizer-BioNTech vaccines just arrived at the end of 2020. Subsequent batches from the 3 companies will arrive in 2021. The whole exercise is voluntary (you take responsibility for your own decision) and we stand a chance to be vaccinated and hopefully immunised without suffering any adverse effects in 2021.

The most favoured vaccine for the siniphiles, must be Sinovac. To be fair, their Covid-19 vaccine has been shown to be effective in Turkey, Brazil, Indonesia. However, there is a suspicious sign. The company has delayed the announcement of the efficacy of the vaccine in Phase 3 trials. The sinophiles and apologists conveniently ignored all these signs and insist that the Sinovac is better than the ang moh vaccines. In China, citizens have to pay 200 yuan for the vaccine, part of the reason being that even they are using imported vaccines. To beat the queue, some people have pushed the bid to 2,700 yuan for crooked healthcare workers to steal the vaccine and inject for them first. Buyers beware. They’d better make sure it’s the imported type or they would not be getting their money’s worth. But if the aim is to demonstrate trust and loyalty, then please reserve Sinovac for our “loyalists”.

Let 2021 be a better year for everyone, both fans, friends and foes. Happy New Year and more books from me will come your way. Thank you for your support.