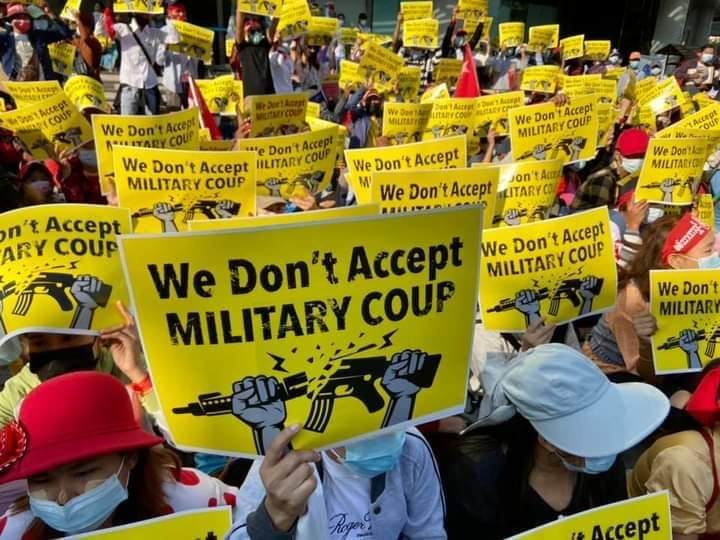 Before I get serious, let me wish everyone who has been following my blog all these years a happy new year. I had my second Covid-19 shot on 4 February 2021. It will take a while before I travel again, but for almost a year, I’ve been climbing stairs and avoiding the parks.

I’ve mentioned that public transport is our weakest link. Our parks, with folks finding every excuse not to wear their masks by making it look like they are “running”, “cycling” and “drinking water” (even when they aren’t really running, cycling and drinking water) could be another weak link. The only mitigation may be the open spaces.

A new year has also brought on new challenges to me. I’ve decided to quit a job with a company whose business model I deem detrimental to the industry. A soon to be ex-colleague (who stands to lose with my departure) was perplexed by my decision. She reasoned that since I’m also earning money for myself, why bother with the company’s perfectly legal business strategies? And she’s not the only one. Another one said: “As long as they are paying you and you are earning good money, why bother with ideology?”

Whenever I hear things like this, the following image pops up in my mind. We are a nation of hamsters, trained since young to feel utterly insecure about the next meal. It’s important to earn a comfortable income, but we have options and there are many ways to earn a living; some pay more, some pay less; some are enjoyable while others are barely tolerable. How do we make our choices? Wealth in misery or simple serenity? What’s most important to me is that I don’t squander my life, spinning the hamster wheel without any ideals, beliefs and principles.

Meanwhile, a new debate has erupted on social media. At first, we only hear the conservationists calling for the preservation of Dover forest. The movement became so powerful that the topic was raised in Parliament. With all the online pleas and petitions, will our government give in to the conservationists?

In recent days, even the pages and forums created by the conservationists became inundated by the economic alarmists calling the conservationists hypocrites (posting on Facebook uses up energy and is hence bad for the environment) and warning that we could go back to the Stone Age if we did not allow the wealthy in this country to own their second, third and fourth properties. The “pragmatists” seemed to have gotten themselves organised and are fighting back in unison as if they had all received an ang pow for the new year. It’s not difficult to debunk the concerns of the PLPs, but then, why should I waste my energy. It’s bad for the environment using electrical energy to argue with morons?

The same bunch of folks will find it difficult to understand or tolerate disruption to their daily routine. Being the economic animals and political vegetables that they are, they are fond of deriding those who look like they have “nothing better to do” or 唯恐天下不乱 – a phrase used to death for portraying whistle-blowers in a negative light.

So do we still keep running on our hamster wheels even when we notice that things are not going well? On the first day of this month, the citizens of Myanmar woke up to find themselves robbed of the precious democracy they had fought so hard to enjoy. Civil servants went on strike. People from all walks of life hit the streets to protest the unconstitutional military takeover.

In Singlish, our economic animals and alarmists may go “already so poor still want to go on strike”. There is a common saying that the same kind of rice feeds a hundred different kinds of people, but I guess it has nothing to do with the rice – more to do with upbringing. Birds with their bodies and ideologies caged all their lives would never understand why other birds prefer the freedom and danger of the forest.

My last major trip was the one to Myanmar in November 2019. As I’ve mentioned before, it was one of my most rewarding trips. Back then, I was looking forward to more trips like that but 2020 turned out to be a year of lockdowns, anxiety, trade and travel restrictions. Myanmar was not spared the ravages of the pandemic and the lacklustre approach of the government drew much flak from the citizens. Actual positive covid cases are certainly very much higher than those reported due to limited testing capability.

Almost everybody disliked the Tatmadaw, but in recent years, the majority of Myanmar nationals also supported the military’s use of blunt force to weed out Islamist elements from within the Rohingya community. The majority in Rakhine state welcomed the purging of Muslims. For the first time, the military enjoyed support from the people.

Like some other opportunistic leaders, the generals of Myanmar decided that the ground was sweet for the Union Solidarity and Development Party representing them. They believed the fruit was ripe for the picking. So they confidently held a general election on 9 November 2020. They expected to beat the National League for Democracy at its own game, thinking that their fumbling leadership had garnered enough ill will from the people since 2015.

Much to the generals’ consternation, however, Aung San Suu Kyi and her party scored a landslide victory over the USDP. It was a slap on the grumpy faces of the generals. But not long after celebrating the new year, the generals decided to stage a coup, declaring the results of the 2020 elections void due to electoral fraud. In the early hours of 1 February 2021, Myanmar’s military seized power after detaining Aung San Suu Kyi and other democratically elected leaders. Troops patrolled the streets and a night-time curfew was in force. On top of that, a one-year state of emergency was declared.

The junta assures the world that this time, it’s going to be different from the 1988 coup which turned Myanmar into a backward country. They are not engaging the reverse gear as far as the economy is concerned. Oh, I’m sure it will be different this time. The Myanmar I saw in 2019 was a world apart from the Myanmar I saw when I first visited (other than excursions into Tachilek) 15 years ago. Many of Myanmar’s trade partners who are calling for democracy now have a huge amount of vested interests in Myanmar’s “political stability” and political stability can come about without democracy as long as the fat cats continue to profit and the exploited remain servile. How much are they willing to pull out and sacrifice for the sake ideals they share with the protesters?

Then, there are some seemingly well-informed folks who absurdly compare Myanmar’s current situation with the transient occupation of Capitol Hill and Legco by Trump supporters and Hong Kong protesters respectively. That’s what I call mixing up the oppressors with the oppressed. Didn’t some Democrat supporters riot on the streets after Donald Trump took office? The people of Myanmar have made it very clear that they would rather have a dysfunctional democratically- elected civilian government than a ruthless military dictatorship.

Thanks to the friends I made in 2019, I now have direct access to the hearts and minds of the protesters from Burmese civil servants who had gone on strike to simple village folks going on social media to encourage others to engage in civil disobedience. And that’s after some protesters have been mysteriously shot by snipers or disappeared only to reappear dead. Still, people who don’t consider themselves to be heroes remain undeterred. They continue to hit the streets or refuse to report for work. These are the people who remind us of HK protesters; not the bullying, intimidating military. The only advantage Myanmar protesters have is that the junta does not have pockets deep enough to give their narrative worldwide coverage.

I’ve explained before in this blog that there is a self-serving motive for the generals to release Aung San Suu Kyi and grant the people of Myanmar some semblance of democracy. For decades, China had been the country solely responsible for holding up Myanmar’s economy – so much so that the generals were worried that their country might end up as a de facto Chinese province with Chinese officials calling the shots while they take orders from Beijing.

Releasing Aung San Suu Kyi in time for the 2015 elections transformed Myanmar’s international image, leading to placated conscience and a flood of foreign investments which balanced the economic influences in Myanmar, keeping Chinese hegemony at bay. Giving democracy is not always done in the name of democracy. Their concerns of hegemony aside, Myanmar generals had taken more than a few lessons from China.

After the 2020 general elections, the junta have a new concern. With the rising popularity of the civilian government in spite of all the mistakes that it had made, there is now a closer and far more immediate threat to their leadership. Chinese hegemony became a secondary concern.

It’s obviously a calculated move. With Western companies so entrenched now, obligatory sanctions would probably only be symbolic. How will things turn out? My guess is that new laws will be rolled out, resulting in more arrests and the silencing of dissent. Peace will be restored as the system reverts to military dictatorship and the people come to terms with their helplessness. Business as usual. Everyone can look forward to a happy and prosperous new year.

How can the people ever win? If significant numbers in the military sympathise with the protesters. When Yeltsin climbed on top of a tank and denounced the communist hardliners for staging a coup in the Soviet Union, the people won because the military refused to open fire. The chances of that happening in Myanmar are very slim. We can only hope and pray.